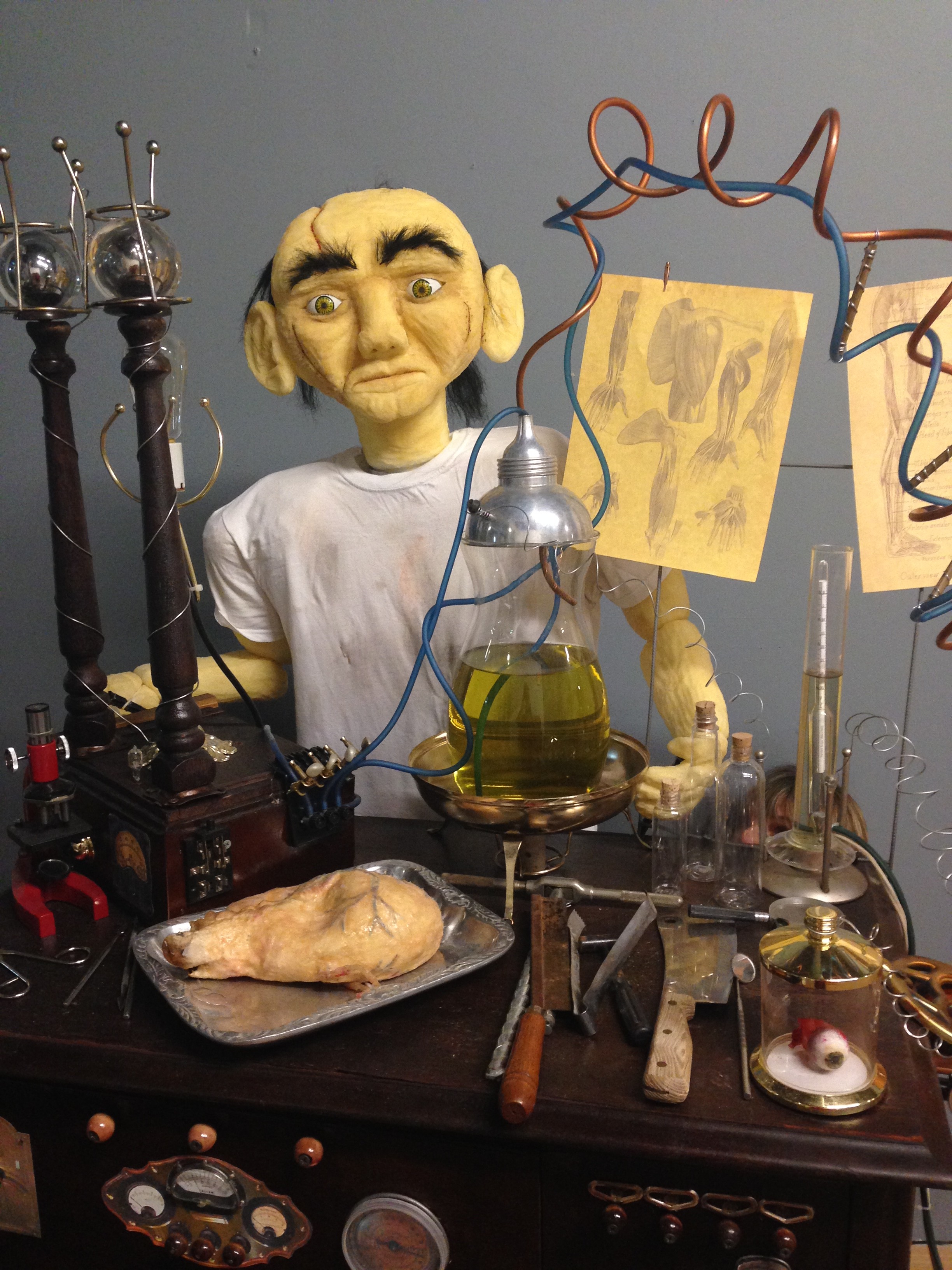 Even Dr. Frankenstein couldn’t create something this creepy. Craig Joseph (’97) has created his own version of the classic horror story, bringing the mad scientist and his Creature to life in an original play. With a cast of puppets. In an opera.

Joseph is the co-creator and director of “Frankenstein: The Puppet Opera,” now playing in his hometown of Canton, Ohio. Whether the puppets add to the horror of the story may depend upon how you feel about puppets. Kukla, Fran and Ollie, it’s not. Joseph admits that it’s a “random and bizarre and weird” way to reimagine Mary Shelley’s tragic novel.

But the production works, he said, because of the collaboration between puppeteers, actors, singers and musicians to tell a familiar story in an unconventional way. “I’m drawn to collaboration that puts things together that don’t usually go together,” he said. “I delight in surprising people.” Or in scaring people with demented puppets.

Joseph had to use everything he learned as a student to make the puppet opera a reality. Although he was an English and religion major, he spent most waking moments in the Scales Fine Arts Center — and even sleeping ones, when he slept on couches in the lobby — acting in and directing theater productions.

“Some of my best lessons from Wake were learned watching the staff in the theatre department and how they collaborated, and that’s what this project (“Frankenstein”) is about,” he said. “The first play I directed was ‘The Glass Menagerie’ my junior year, and I still point to that as one of my favorite productions.” 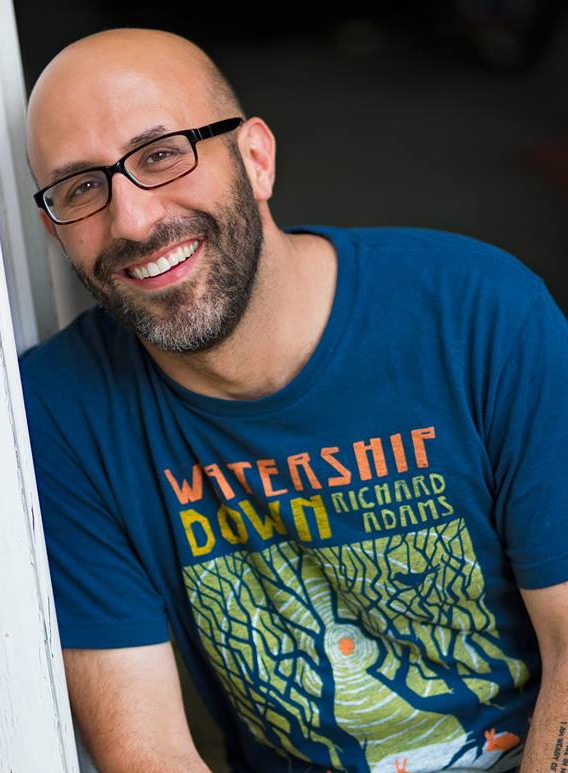 Joseph earned a master’s degree in theatre and film from Northwestern and was pursuing a Ph.D. when he decided that he didn’t want to continue down that road. “I was already doing what I wanted to do, teaching as an adjunct and directing professionally,” he said.

He worked as a church youth pastor and as a creative director for nonprofit organizations in Chicago and Minneapolis while continuing to act and direct before returning to his hometown of Canton — where his parents, two sisters and a brother also live — five years ago.

He’s built a three-headed career as an actor and director; as creative director at Cassel Bear, a marketing and advertising agency; and as owner and curator of Translations Art Gallery. The common thread is storytelling, he said, whether he’s branding a product for a business client, curating a show at the art gallery or directing Frankenstein.

Frankenstein was born three years ago when a friend, artist Erin Mulligan, was reading the novel and working on a painting of puppets while listening to opera. She pitched the idea of combining the disparate elements to Joseph, who thought it would be fun to “do something outlandish like use puppets to put on an opera of a classic novel.” 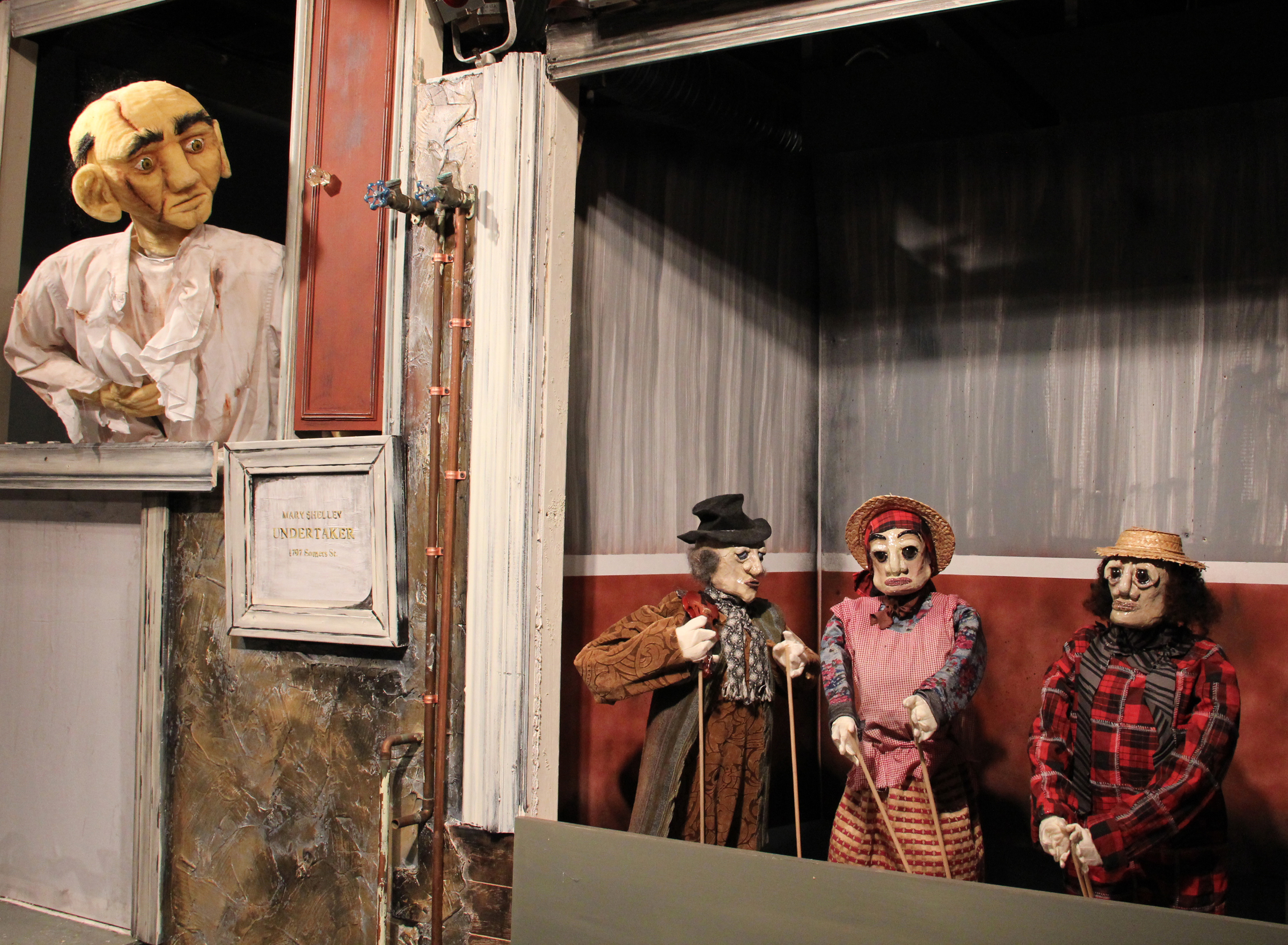 Scenes from “Frankenstein: The Puppet Opera” courtesy of Craig Joseph.

Joseph enlisted composer Steve Parsons and lyricist John Popa to compose an original operatic score, which was recorded by a 12-piece orchestra and four singers. His Wake Forest experience — that sense of collaboration — kicked in as he assembled a team of nearly 40 people including puppeteers, actors, musicians, scene designers, costume designers and set-builders.

The show is being performed at Joseph’s Translations Art Gallery. The gallery’s intimate space — it can seat only about 75 persons — is perfect because it allows the audience to be close enough to see the puppets; the play also uses shadow puppets and actors in masks and full body puppet costumes. The play is more a tragedy than a Boris Karloff-like horror movie, Joseph said, which sticks close to the book’s themes of creation, loss and even romance. 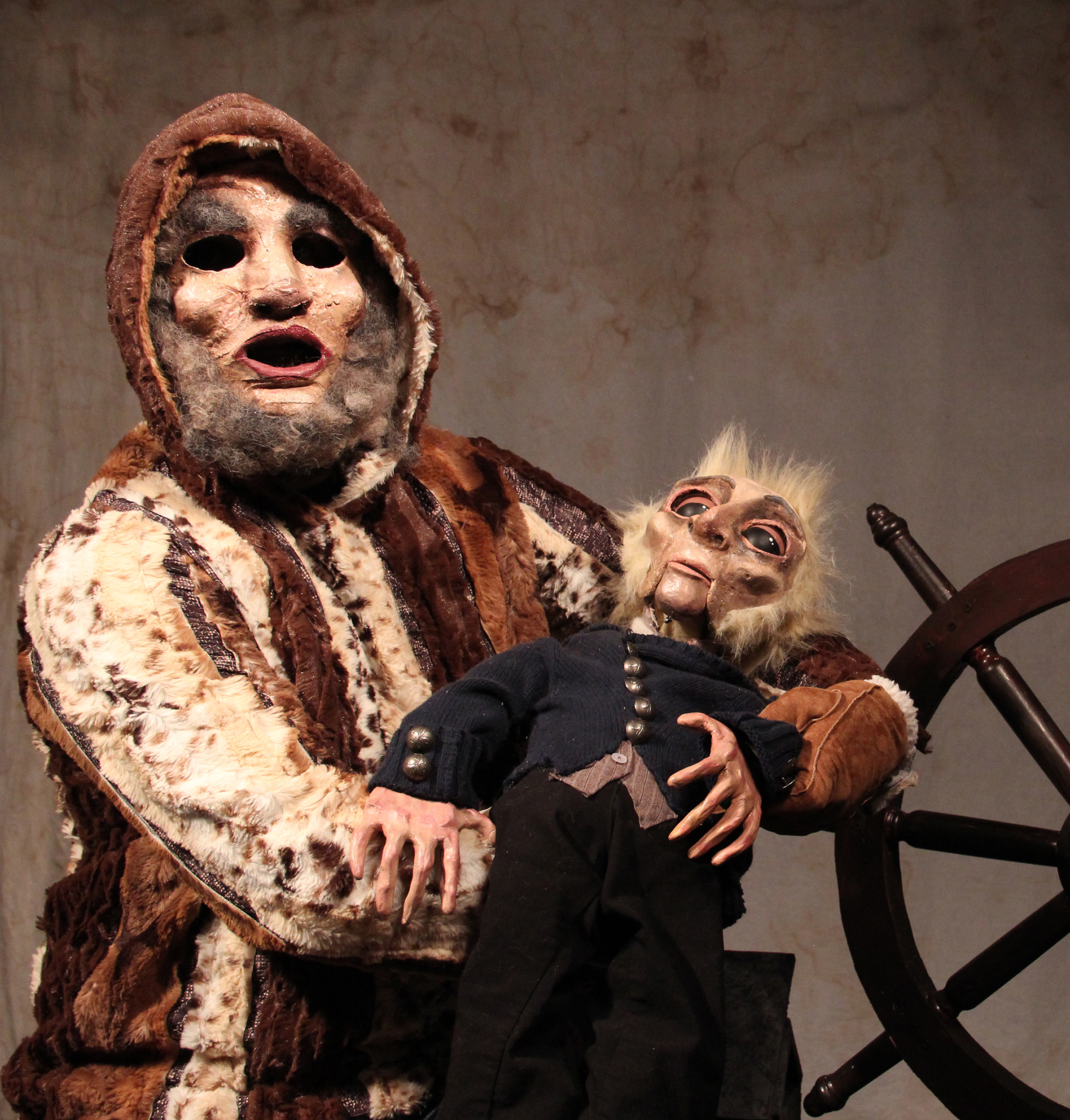 Joseph remains grateful to his professors not only in the theatre department, but also in English and religion, who pushed him personally and academically.

“Professors across the board really developed me as a person,” Joseph said. “”I had professors who said I should get out of the academy, out of the ivory tower, and pursue my creative side, and they were right.”