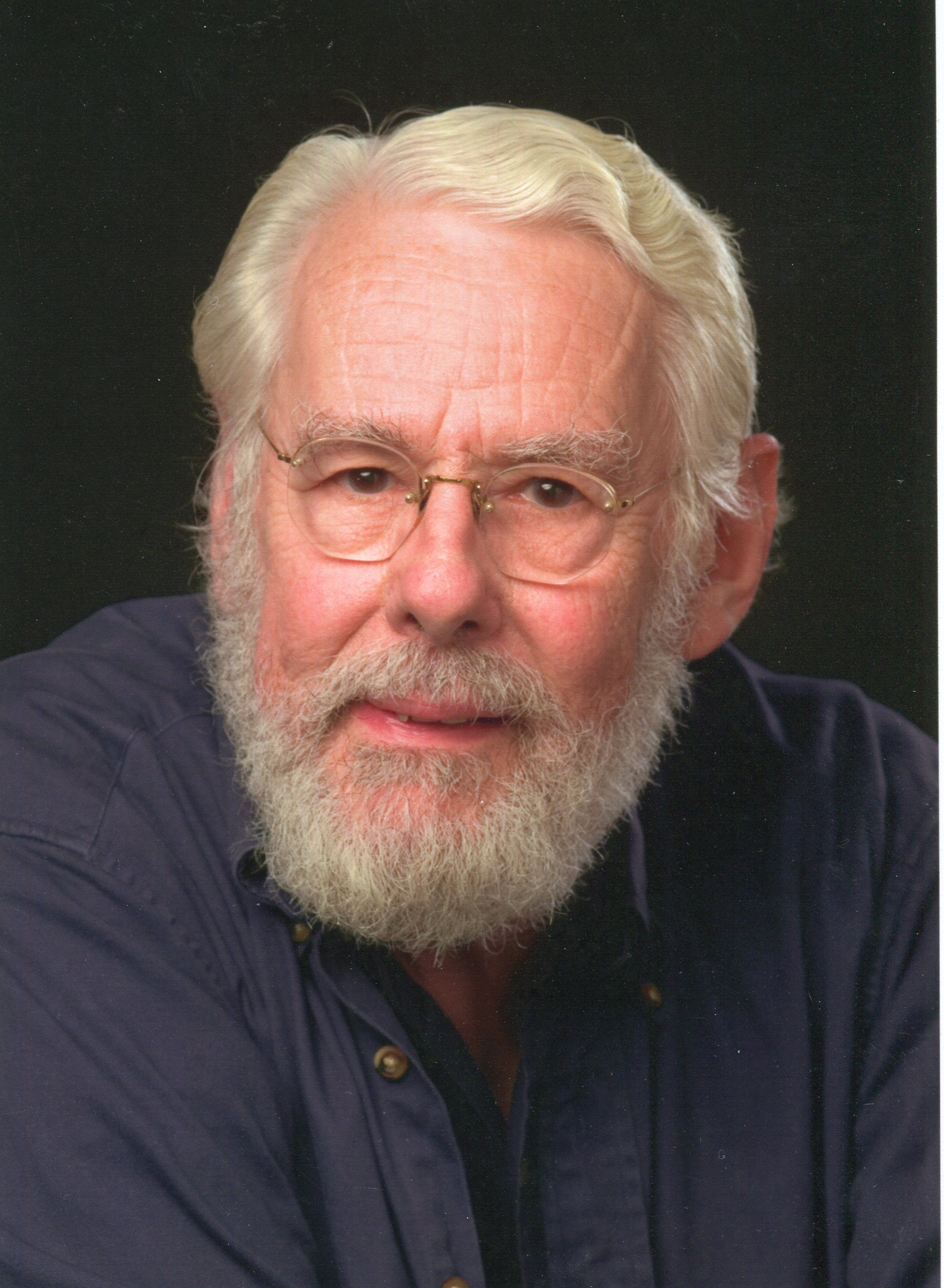 Jan G. Hensley (’64) was stationed aboard an aircraft carrier in the Atlantic in the early 1960s when a much-anticipated package arrived. Hensley had just started collecting books by fellow North Carolinian Thomas Wolfe; when he found out that Wolfe had written a play some years earlier that was published in Esquire magazine, he asked fellow alumnus and Esquire editor Harold Hayes (’48) to send him a copy of the magazine. He still has that copy of Esquire he received 50 years ago.

Hensley’s passion for collecting the works of North Carolina authors was just getting started. While Wolfe remains his first love, he expanded his focus in the late 1980s to include contemporary North Carolina authors. Since then, he’s collected more than 10,000 books, including autographed copies and first editions, and upward of 50,000 ephemera, including chapbooks, newspaper and magazine articles, letters, journals and personal notes of his interactions with authors.

He could never sell something that was so close to his heart, so he’s giving his extensive collection to the Z. Smith Reynolds Library’s Special Collections and Archives. The collection includes books, magazine articles and chapbooks by about 300 Southern authors, primarily North Carolina authors, from lesser known poets and writers to the state’s best-known authors including Wolfe, Fred Chappell, Clyde Edgerton, Robert Morgan, Reynolds Price, Carl Sandburg and Lee Smith. The collection also includes hundreds of candid black and white photographs of authors that Hensley has taken over the years. 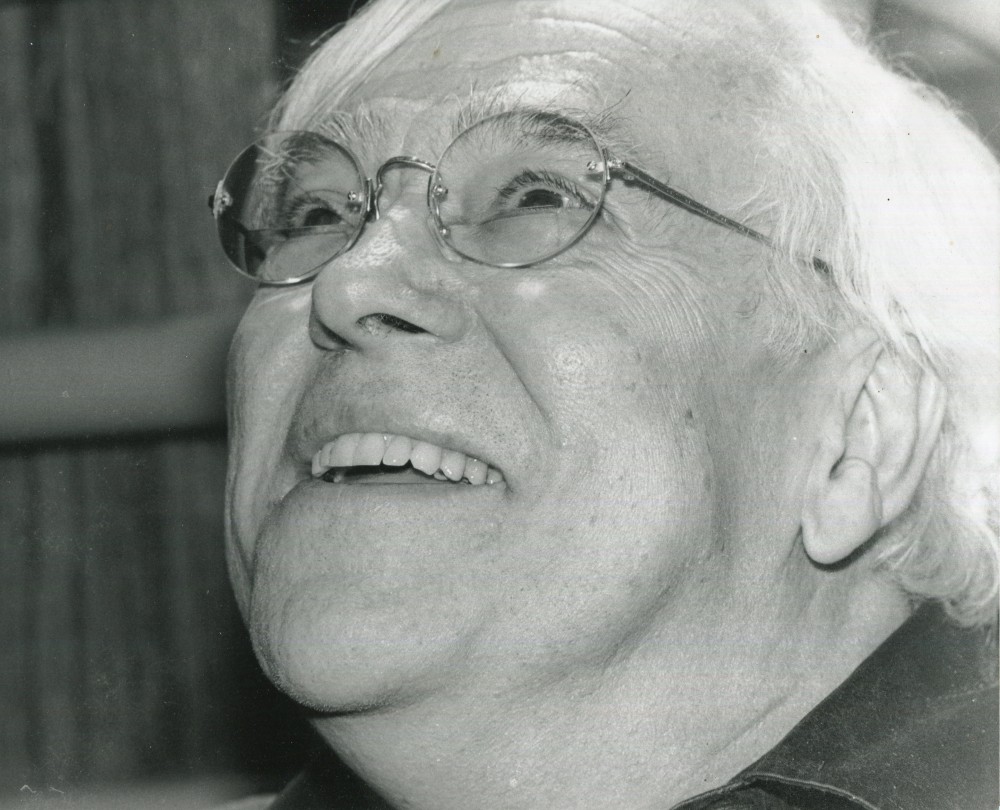 Hensley started out collecting books, but he’s collected something far more valuable as he’s gotten to know and photograph writers and poets. “These people became my friends,” he said. When an author dies, Hensley writes up his memories in a chapbook. The time was right to move the collection out of his home in Greensboro, North Carolina, but it’s still hard for him to part with something that’s been such a big part of his life. “It’s like tearing your heart out,” he said. “These books have been my friends; these authors have been my friends.”

Hensley has become as much a part of North Carolina’s literary scene as some of the authors he’s collected. His photographs of authors have been exhibited at Wake Forest, UNC and other universities. In 2006, he received the Sam G. Ragan Award for outstanding contributions to the fine arts in North Carolina, presented annually by St. Andrews University in Laurinburg, North Carolina. He’s a familiar face at literary festivals and book signings, tracking down authors to autograph the latest book or article he’s found. 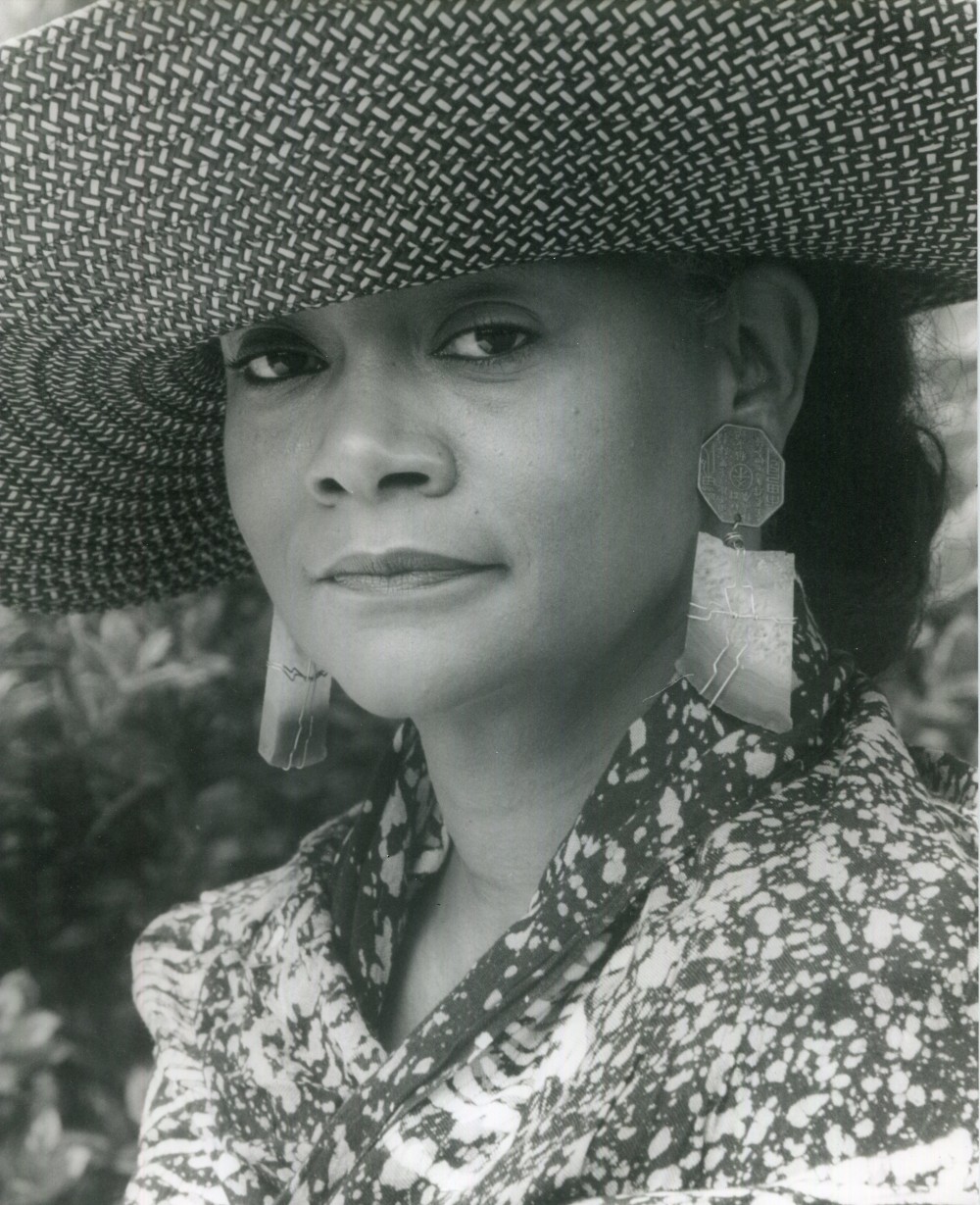 “The last half-century saw a tremendous outburst of good writing from North Carolina. Jan Hensley saw it all, too,” said Ed Southern (’94), executive director of the North Carolina Writers’ Network. “What’s most significant about Jan’s collection is that he gathers all those first editions, and takes all those photos, not as an outsider or observer, but as an active participant in the literary community. He is a part of what he’s preserved.”

Hensley’s passion for collecting North Carolina authors began in a roundabout way when he was a theater major at Wake Forest. He acted in plays on campus ¬— back when the theatre was on the top two floors of the library, he pointed out — and in a professional summer stock program at Tanglewood Park outside Winston-Salem. In a Tanglewood production of “Look Homeward, Angel,” based on Thomas Wolfe’s novel, Hensley played Luke, the character based on Wolfe’s brother Fred. That was the first of what Hensley calls “a dark miracle of chance,” quoting Thomas Wolfe, that eventually led him to become a book collector.

His college career was cut short when, with the draft breathing down his neck, he decided to join the Navy. Mail call one day brought a newspaper clipping from his mother about Fred Wolfe’s visit to the Thomas Wolfe house and museum in Asheville, North Carolina. Intrigued, Hensley wrote Fred Wolfe. “I found his address and wrote him and said ‘I played you in the play and I’m in the Navy and you were in the Navy and I’d love to start collecting your brother.’ He wrote me back a full page typed letter telling me where I could find copies of Tom’s books.” When Hensley discovered that Thomas Wolfe had written a play called “Welcome to Our City” in Esquire magazine in 1957, he used his Wake Forest connections to ask Harold Hayes to send him a copy of the magazine. That magazine — the one Hensley received while on the USS Essex — is part of the collection that he’s giving to the library. 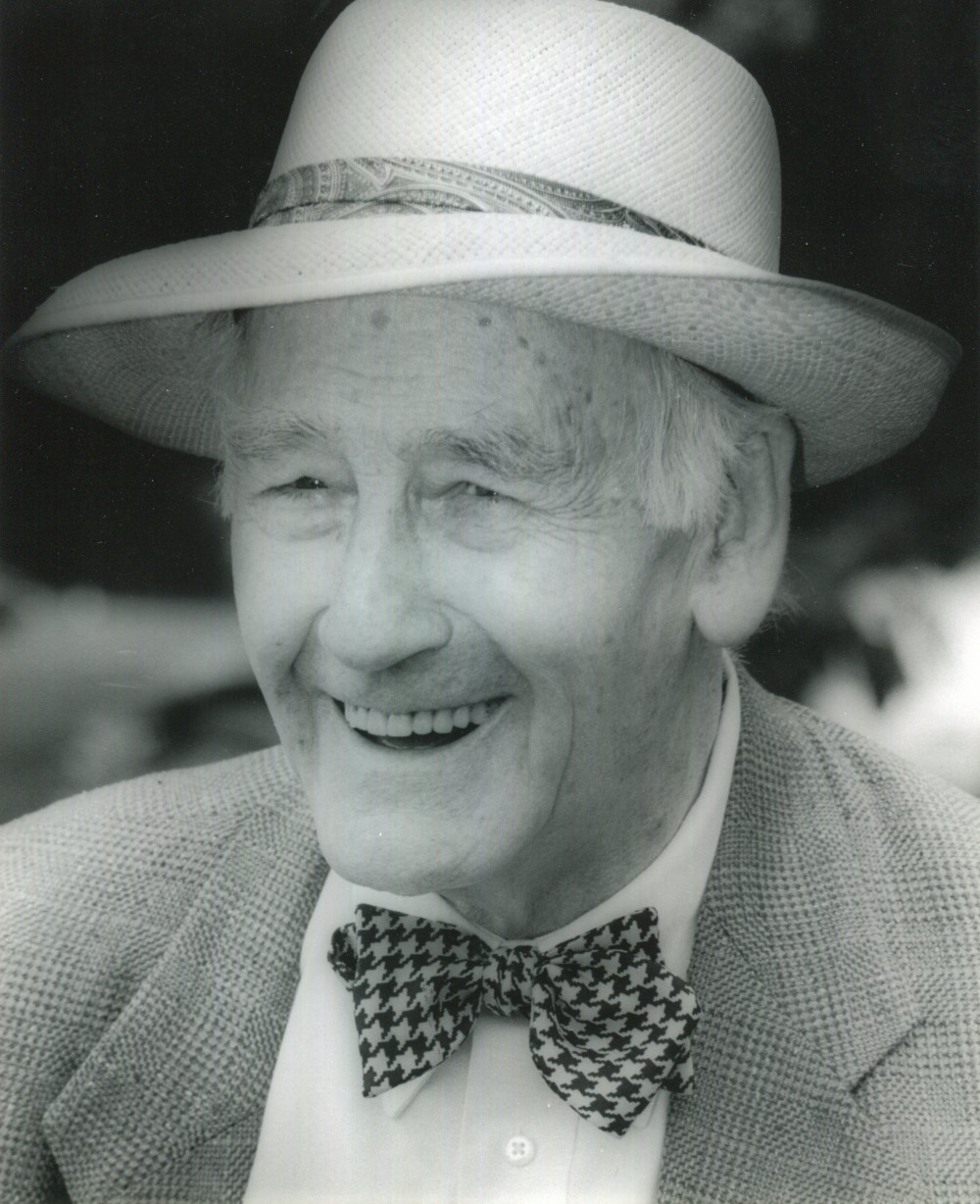 After leaving the Navy, Hensley returned to Wake Forest. He continued collecting Thomas Wolfe, but it was slow going back in the pre-Internet days. He got married (he and his wife have two adult daughters) and settled in Greensboro where he had a varied career as a hospital and nursing home administrator, a writer, a genealogist, an actor and owner of a photography studio. (He once worked for a hospital and a funeral home at the same time, which always struck him as a conflict of interest, he said.) It was in his role as a photographer that he first met writer Eudora Welty in Greensboro in 1988. When he saw Welty sign a copy of one of her books, he had “an epiphany. I’ve been collecting Thomas Wolfe and he’s not signing any books – he died in ’38 – and it came over me; I wanted to collect North Carolina writers because I could find their books and I could get their books signed.”

Part bibliophile, part detective, Hensley became a “rabid” collector of contemporary authors. To collect established authors who had been writing for decades, he had to “work backward,” scouring secondhand bookstores and the Internet to find all their older books. Once he had a good stack of books, he’d ask the author to sign them. Novelist William Styron once signed 52 books for him at one event. Virginia poet George Garrett signed 32 items. 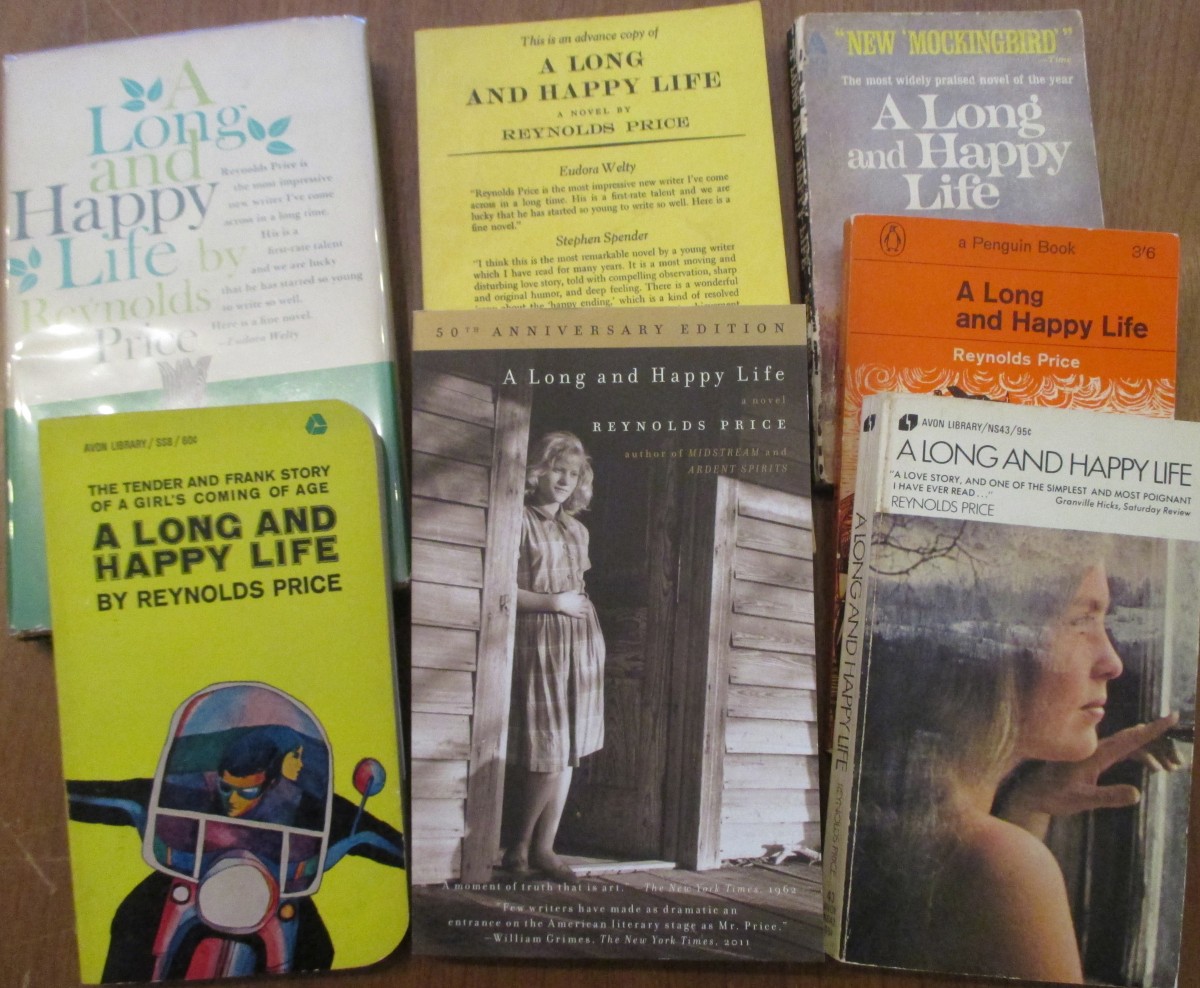 Multiple editions of Reynolds Price’s first book, “A Long and Happy Life” (1962), all autographed by the author.

He loved the challenge of finding a long out-of-print first edition or an obscure magazine story written before an author became famous or the poems of a forgotten poet.

“I love nothing better to take something to an author and they say ‘there were only 15 copies of this. Where did you find it?’ Well, I just found it. I’d get an author to sign a poem or an anthropology, and they’d say, ‘I’ve lost this poem. Can you send me a copy?’”

After Maya Angelou (LHD ’77) delivered “On the Pulse of Morning” at Bill Clinton’s inauguration in 1993, Hensley was so taken with her poem that he began researching and collecting inaugural poets, going back to Robert Frost in 1963. He has autographed copies of all the inaugural poems, except Frost’s, which was too expensive.

Hensley’s collection is especially notable for his large collection of ephemera. He collected just about anything and everything that he could find by or about an author: chapbooks, journals, serial publications of poems and stories, even posters and tickets for book signings. He once paid $1,000 — the most he ever paid for anything — for a bound volume of the high school newspapers edited by Reynolds Price. “There are three (copies) in existence,” Hensley said. “One is owned by Duke (University), one by me, and we don’t know where the third copy rests.” 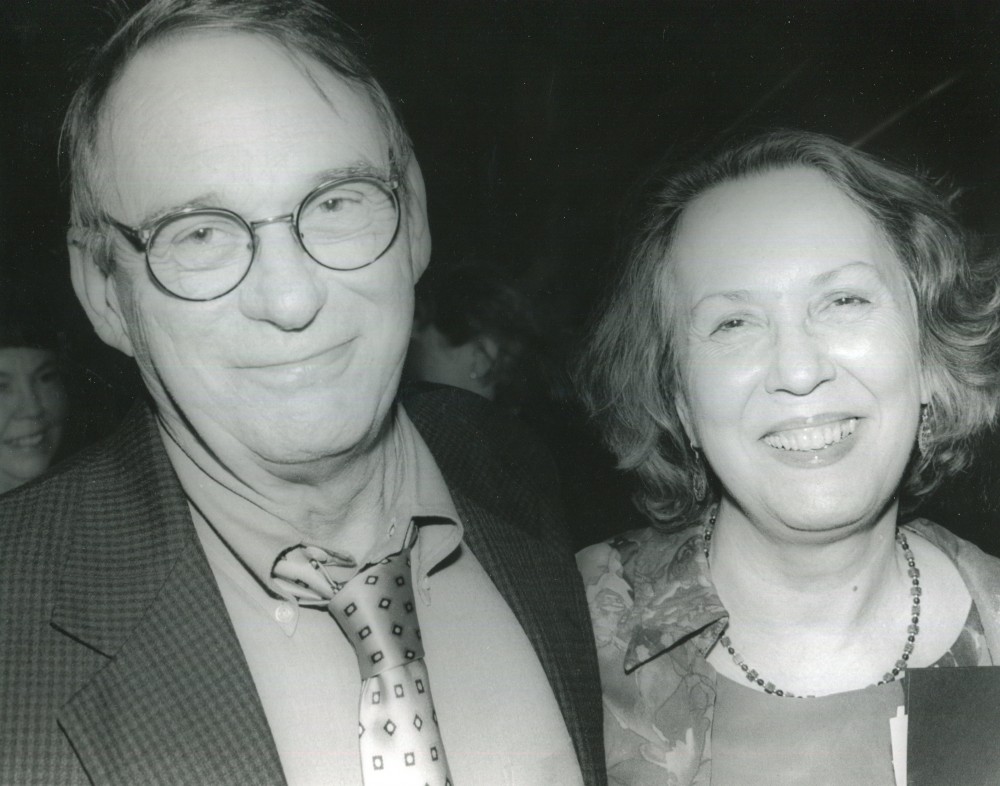 Hensley started donating books to the library in 2012, but his collection is so large that he doesn’t expect to be finished until 2016. He brought one of his favorites, Greensboro writer Fred Chappell — or at least Chappell’s books — to the library last month in the cab and back of his pickup truck. “There are so many dark miracles of chance” in his story, Hensley said, returning to Thomas Wolfe’s line. “I happened to have played Fred Wolfe. I happened to get that newspaper article. I happened to have met Eudora Welty and saw somebody ask her to sign books, and from there I started collecting North Carolina authors.”