If you’re a fan of programs such as “Downton Abbey,” “Sesame Street” or “The Woodwright’s Shop,” Susan White Frazier (’89) wants to know why. And, as director of custom market research for the Public Broadcasting System (PBS), she’d like to learn if you’re watching on television or tablet, if you’re using programming in the classroom, or if you’d prefer to see more or less about a particular topic.

“What technologies are viewers using to access PBS content and how is that changing over time? What works and what doesn’t? I try to envision future audiences and what should we be offering them,” says Frazier, who did similar work at National Geographic for 17-plus years before joining PBS earlier this year.

“I get to be creative and think about how I answer those questions. I get to take data and figure out how to break it down and make sense of it.”

Frazier, who is in charge of surveys and focus groups across all platforms, says determining what works for various audiences is part art and part science. Whether consumers be parents, editors, educators, television viewers or online followers, market research plays to her natural tendency toward linear thinking and working out problems logically. 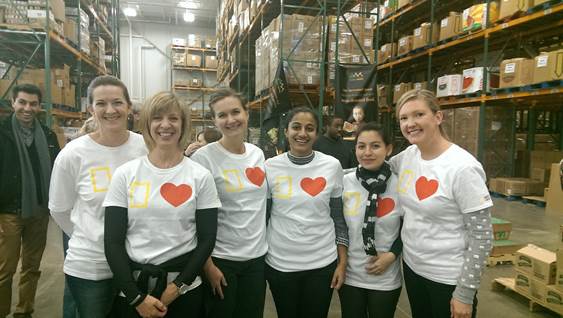 Before joining PBS Susan White Frazier (third from left) spent more than 17 years in market research at National Geographic, where she and her colleagues volunteered at the Capital Area Food Bank.

The Greensboro, North Carolina, native honed those skills at Wake Forest, where professors challenged her to speak her mind and think critically. “One of the really important parts of who I am, that came from Wake Forest, was that I had multiple opportunities, academic and otherwise, to explore and find what was important to me and to be challenged,” said Frazier, a history and German double-major. She loved history classes with Professor David Smiley (P ’74) and remembers the lessons of an absolutely delightful and inspiring teacher, Jim Barefield. All of her professors pushed her to do the best she could. “I knew they wouldn’t put up with shoddy work, and I knew they appreciated my thinking and my opinions.” 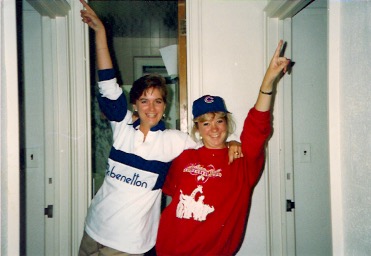 Other fond memories of Wake include being a member of the Spirit of the Old Gold and Black Marching Band flag line for two years, participating in the Student Union art-buying trip to New York City and involvement with the SU fine arts committee and the Phoenix society.

Frazier earned a postgraduate degree in international affairs from George Washington University in Washington, D.C. While riding the metro home one night she ran into Suzanne Morrah (’87), also from Greensboro. Their chance meeting led Frazier to an internship in the Office of Research at the U.S. Information Agency, where she worked fulltime on public opinion polling, primarily in central and Eastern Europe, on topics such as market economics, genocide and ethnic conflict. 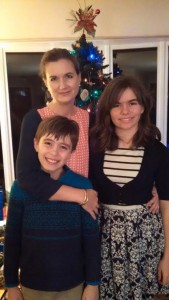 From her experience with public polling it was a logical step into market research, and she landed a job at National Geographic. Over 17 years she worked in virtually every division and had the opportunity to engineer a complex study on sustainability and how it related to actual consumer behavior.

To this day Frazier remembers how, every morning, Dr. Smiley would put a quote on the blackboard and wait for someone to respond. There were heated discussions among students; Smiley would listen and grin. “I had the opportunity to say I agreed, and here’s why, or I disagreed and here’s why. It was important for me to be pushed to think and expand my horizons, and to consider opinions different from mine,” she said. “My education helped me do that.”

“The interesting thing to me is that so many people go into college thinking they will select a major and do it for the rest of their life,” adds Frazier, who lives in Springfield, Virginia. “I don’t use history and German every day, but Wake Forest gave me a lens through which I can see the world and be thoughtful about what’s going on.”