Every spring, Wake Forest recognizes alumni who reflect the spirit of Pro Humanitate through their service to community and alma mater. This year’s recipients, Louis Bissette (’65, P ’94) and Killian Noe (’80), were recognized on April 17. Watch a video on Killian Noe. For three decades, Kathy “Killian” Noe (’80) has reached out to those trapped in the dark pit of trauma, depression, mental illness, drugs and homelessness. As the founding director of Recovery Café in Seattle, Washington, and co-founder of Samaritan Inns in Washington, D.C., she’s helped thousands of people rebuild shattered lives.

Noe served those who were battling addictions and living on the streets in the nation’s capital before moving to the West Coast 15 years ago. “No one gets out of a deep pit on their own,” she said. “Those are often the times people feel most ashamed and isolated and don’t want anyone to know what they’re going through. Everyone is going through something, and we need each other to get out of the pit.”

A strong believer in healing communities, Noe has traveled around the world learning from different communities — from volunteering at a school in Managua, Nicaragua, and with Mother Teresa in India; to working toward racial reconciliation in South Africa during the final days of apartheid; to learning the value of solitude from Trappist and Benedictine monks in Hong Kong. 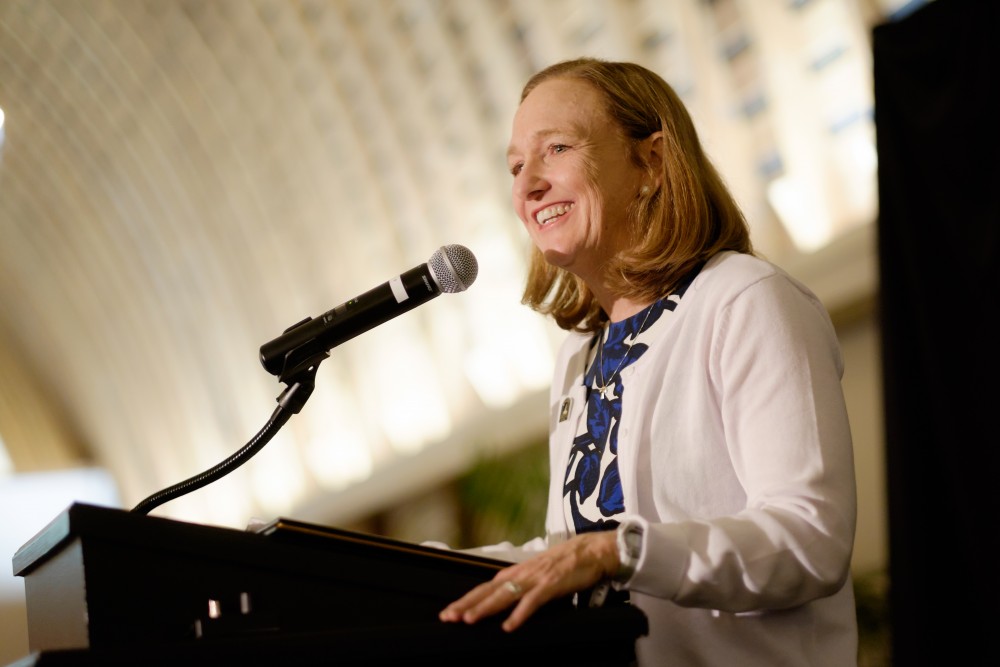 Growing up in Greenville, South Carolina, she learned early about the importance of community and serving others from her father, the late Rev. W. Harold Killian (’44). She followed older sister Lynn Killian (’75) to Wake Forest. As a student, Noe gained a broader worldview and began to consider how she could make a difference. After graduating with a degree in English, she volunteered with teenagers and taught literature in Israel for several years. The violence and poverty in the Gaza Strip further shaped her outlook and resolve. “I knew I wanted to do something in service to those who are hurting and to those who are left out of opportunities and justice. I just didn’t know exactly what that would be.”

Noe found her calling when she moved to Washington, D.C., where the late Rev. Gordon Crosby’s social activism inspired her. “He said that when people come to the capital of the wealthiest country in the world, what they ought to see are places on every street corner where those who have fallen through the cracks can rebuild their lives. It felt like a sword had gone through my heart. That’s what I wanted to do with my life.” In 1985, she co-founded Samaritan Inns to provide treatment programs and transitional housing to those struggling with drugs and alcohol. That model has been replicated in several other cities, but the Washington organization isn’t officially connected with any similarly named organizations elsewhere. 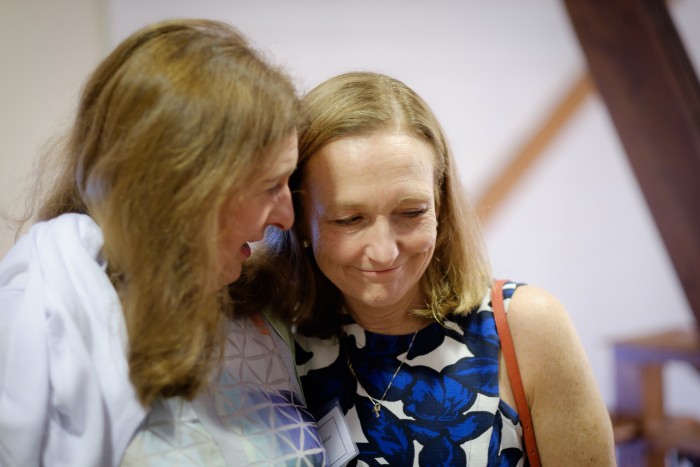 "People don’t walk in because they’ve got it all together. They need something that most have not experienced before in their lives.”

With her husband, Bernie, and two daughters, Noe moved to Seattle in 1999. Stung by the city’s homelessness and poverty, she helped start the New Creation Community, an ecumenical faith community devoted to serving the poor, which she continues to serve as pastor. That led in 2004 to the opening of Recovery Café, which provides ongoing support to those battling drug and alcohol addictions and mental illness. The café — “a refuge for healing and transformation” — is a gathering spot for community meals; AA and Narcotics Anonymous and other 12-step meetings; life courses on everything from addiction recovery to acting to anger management; and peer-support groups. The concept has been so successful that it’s spread to Everett, Washington, and San Jose, California.

Recovery Café served more than 2,300 people last year. “We welcome people as they are,” said Noe, who also graduated from Yale Divinity School. “It’s a place where people come out of their brokenness and collapse into each other and find healing and discover their gifts and find ways to give back. People don’t walk in because they’ve got it all together. Like all of us, they need to know they are loved, that they belong and that their lives matter. They need something that most have not experienced before in their lives.”