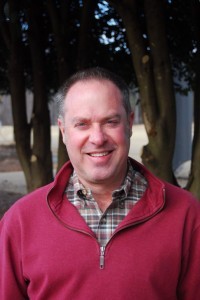 When did it rain? Did we really once have a solid white tent? Since 1991 Jim Coffey, director of landscaping services, has kept a log of Commencement notes from that historic third Monday in May.

1991 — The rain plan went into effect for the first time at Lawrence Joel Veterans Memorial Coliseum. All went well and we finished early.

2000 — Instead of constructing and painting the platforms, we rented them and also had a new completely white tent. We added another 1,000 chairs, making a total of 10,000.

2001 — It rained on and off during the ceremony. Former First Lady Barbara Bush was the speaker, and we changed back to the yellow and white tent.

2002 — It was the first year for the Divinity School to graduate a class.

2008 — We added two big-screen televisions to the Quad to broadcast event to the audience on the back side of the Quad.

2010 — Manchester Plaza now being used for a graduate school ceremony on Commencement Monday. Another set up with 2,700 chairs. This year the Babcock School of Management used this site. Rained out this year. We went to the Coliseum.

2012 — New Registrar Harold Pace’s first Commencement and a significant change is to hand out diploma covers to every graduate.

2014 — Speaker Jill Abramson was fired from her job just days before Commencement, creating a media frenzy. Set up second media stage because of it.