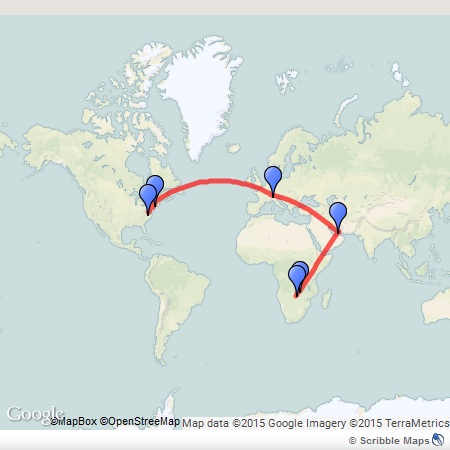 Elizabeth Stalfort (’14) was on a Cape Town-to-Kenya safari when she woke up last Saturday morning with a conviction she couldn’t shake. She had to make it back to Winston-Salem for Commencement to see her friends graduate. Forget the safari. Give her five plane rides, 40 hours and a mother who would drive from Baltimore to Raleigh to ferry her to Wake Forest. Stalfort made it to Winston-Salem at 2 a.m. Monday, with plenty of time before the 9 a.m. start of graduation ceremonies. Here is her story, condensed and edited:

The journey
I woke up Saturday morning before graduation at 8 a.m., and I just said to my friend, “I need to go home. I need to go to graduation. I can’t keep doing this trip. I know I will regret this for my entire life, not getting to watch my friends graduate.” I don’t know why it just hit me, but it did.

It was in Livingstone, Zambia. I got one of my friends to come to the airport with me. There are very few flights out of Livingstone. There happened to be one to Lusaka. I flew to Lusaka, the capital of Zambia. I waited for eight hours, and then my friend had managed to book me a flight from Lusaka to Dubai, then to Dubai to Milan and then to Milan to JFK (in New York), and then I booked my own flight from JFK to Raleigh. For some reason Emirates flies once a day from Lusaka to Dubai, and I happened to be able to take that one flight. I count the 40 hours from my flight in Livingstone to when I touched down in Raleigh.

The sleep
One or two hours max. 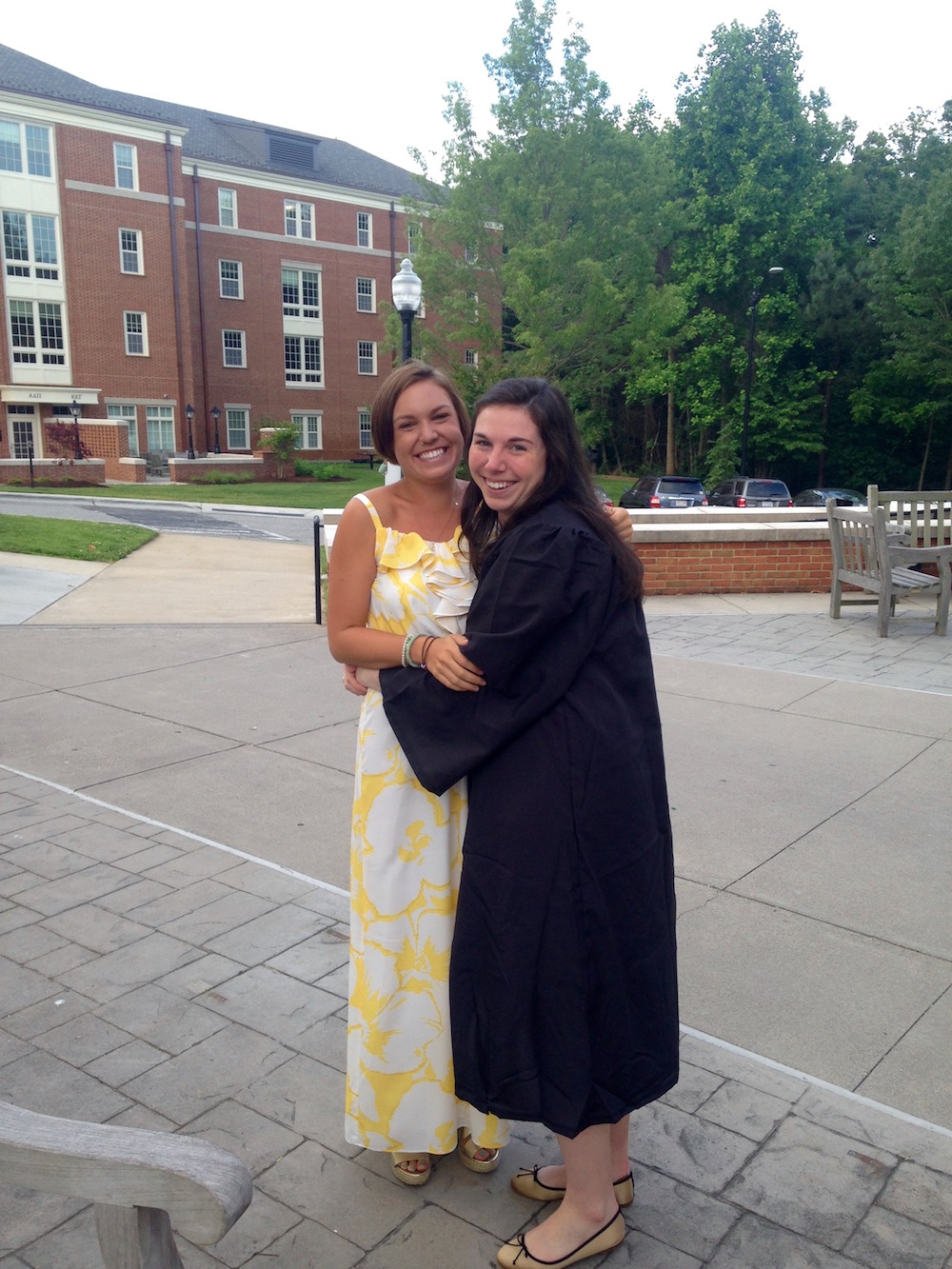 The no-place-like-home moment
I don’t think I ever realized how much Wake was my home, and how dearly I loved my friends until I left and until I realized that graduation — I wouldn’t be there. And that was the moment we’d been looking forward to for four years. I never considered myself a sentimental person until I realized that I wouldn’t be participating in that. My best friend in the world wanted me to come, but I told her I wasn’t. I decided to surprise her. Her boyfriend and I set up a place where I could meet her. Then I called her on the phone and told her, “How are you doing?” And I got closer and closer, and then I tapped her on the back. I think it was the best moment of my life. Gosh. She was so happy and I was so happy. We cried. It was in front of Polo dorm. And the girl is Kate McCrea (in robe in photo). The boyfriend was Johnny Francis. He graduated as well.

Postscript from the editor
This was Stalfort’s class that graduated on Monday. Stalfort finished early, in December, and she was a women’s and gender studies major. Before the safari she spent three months in Cape Town, South Africa, volunteering for SWEAT, a nonprofit that advocates for human rights for sex workers and their children. She plans to stay in the United States this summer, preparing to attend graduate school in social work at the University of Denver in September.

We heard about her journey because her mother, Anne Stalfort, wrote an email to President Nathan O. Hatch to tell him about the many hours and flights. “I drove from Baltimore and we made it to graduation to watch her friends walk. She was thrilled to be back. Have a good summer and thank you,” she wrote. No surprise that Elizabeth Stalfort told us, “I have a wonderful mother.”