When it comes to healthy eating, it's a bit more challenging these days to bypass marketing and quackery that's passed off as science. But a relatively new performance drink called UNBEETABLE, which promises everything from lower blood pressure to increased blood flow to the brain, has the science to back it up — and it was born right here at Wake Forest. 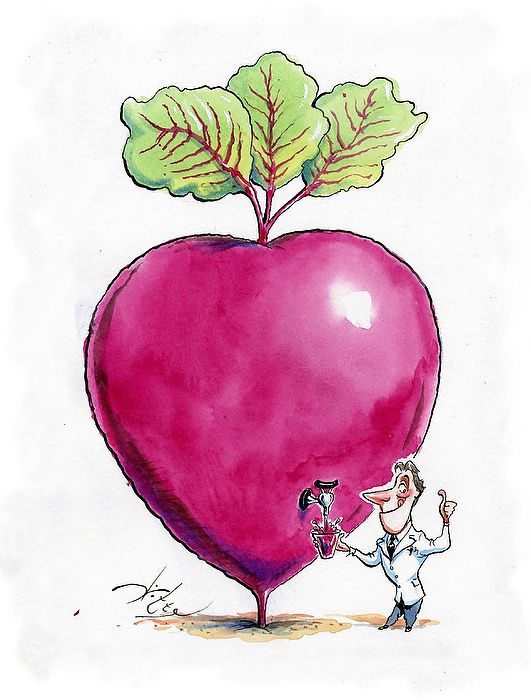 That birth traces back more than 10 years, when physics professor Daniel Kim-Shapiro, now director of the Wake Forest Translational Science Center, was working on a study led by Mark Gladwin, now at the University of Pittsburgh. Along with colleagues they discovered that the compound nitrite increases blood flow — a benefit with major implications.

You can simply ingest nitrite, but this has a number of potential drawbacks, including a possible association with cancer. And nitrite is used up fairly quickly in the body, meaning benefits can be short-lived.

But later research would reveal a better pathway for gaining the same benefits: nitrate, a precursor to nitrite. Bacteria in the mouth transform nitrate molecules into nitrite a little bit at a time because the nitrates cycle back and forth between saliva and the bloodstream. This means that if, for instance, a large dose of nitrate is consumed in the morning, it can provide a steady source of nitrite throughout the day.

One of the best sources for nitrates is the humble beet. Foods like kale and spinach can offer a helpful nitrate boost, but a daunting bowl of them would be required to equal what’s found in a modest serving of beet juice. When Kim-Shapiro and his colleagues began exploring beet potential as a health supplement they faced a serious challenge. Its flavor, many say, is not unlike dirt. Athletes trying to tap this root as a performance enhancer have described it as both “nasty” and “the worst thing in the entire world.”

Kim-Shapiro and his colleagues began looking for solutions. “We had a little beet juice party,” he says. “Everyone came and brought all kinds of juices and everyone was trying all these mixes, but there was nothing that didn’t taste like beet juice no matter what we mixed it with.” And so began a quest to make the natural wonder something people might be willing — happy even — to consume regularly. It took a lot of work and a lot of help, but they succeeded and Unbeetable was born. Here’s the story of how it came to be.

Mark Gladwin leads a study involving Kim-Shapiro and others that finds that nitrite, once thought inert, increases blood flow due to conversion in the body to nitric oxide, a known blood vessel expander, or vasodilator. 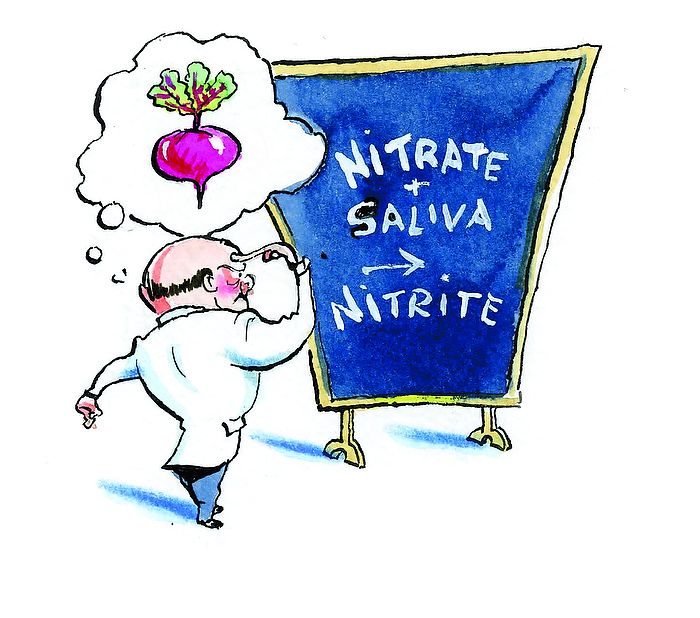 Multiple companies are exploring and marketing products such as inhalers to deliver nitrite, but applications are limited. Work done by other researchers reveals that nitrate ingestion leads to increased nitrite levels, offering an intriguing new delivery option for nitrite’s blood flow benefits. Their attention turns to beet juice, which previous research suggested could reduce blood pressure, but the reasons had been unclear.

Kim-Shapiro teams up with Jack Rejeski (P ’05, ’08), a professor in the Wake Forest Department of Health and Exercise Science, to respond to a call for new research centers. The University awards funding for a new Translational Science Center to support the translation of health research into practical applications for older adults. Together with Jonathan Burdette, a radiologist with Wake Forest Baptist Health, S. Bruce King, a chemistry professor, and Gary Miller, an associate professor of health and exercise science, the team launches an in-depth study of beet juice benefits. 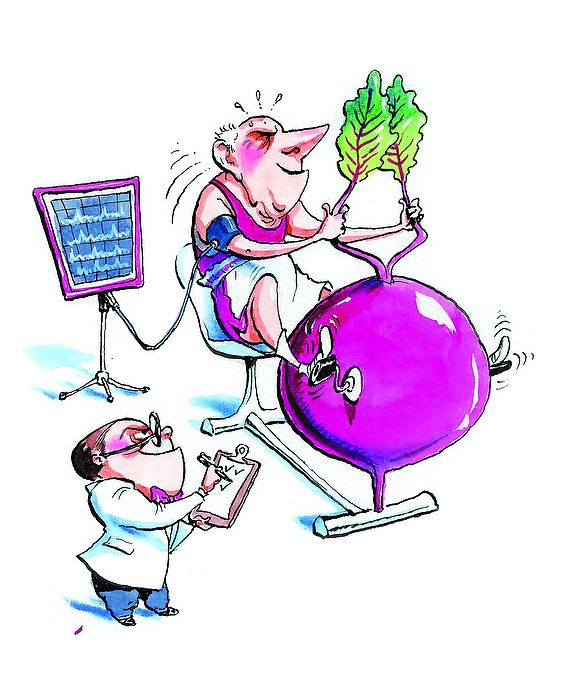 The team receives funding through the Translational Science Center and successfully shows that beet juice can increase blood flow to the brain in older adults, in whom reduced blood flow is tied to cognitive declines.

With a growing body of research now strongly supporting the idea that beet juice can offer major cardiovascular benefits, particularly in older people, the Wake Forest team begins to tackle the flavor challenge — how to make beet juice not just palatable, but something people might enjoy regularly in their diet. They enlist the help of the Wake Forest Innovations technology transfer office, which hires flavoring specialist Russ Bianchi of Adept Solutions, a product development and formulation firm. 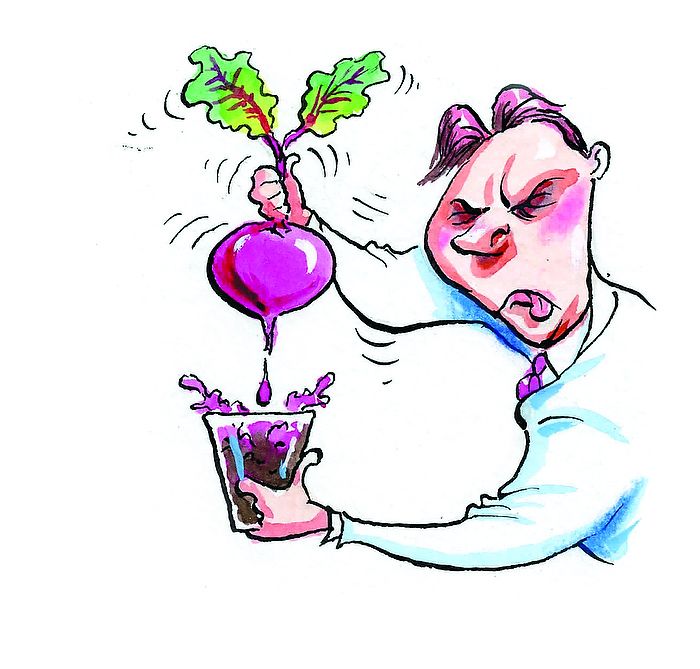 Success. Bianchi develops a formula for a tasty form of beet juice flavored with small amounts of sugar, citric acid, cranberry powder and other additives. 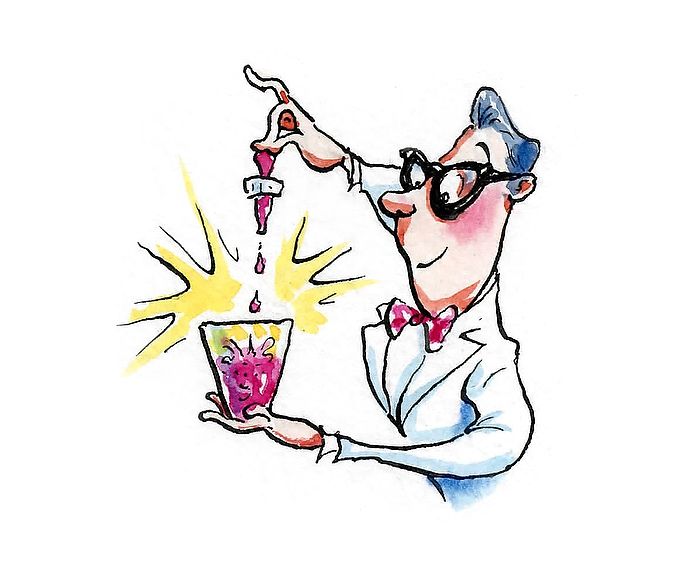 The Unbeetable performance drink, made of 100 percent beet juice, hits the market in June. A carbonated version follows soon after. 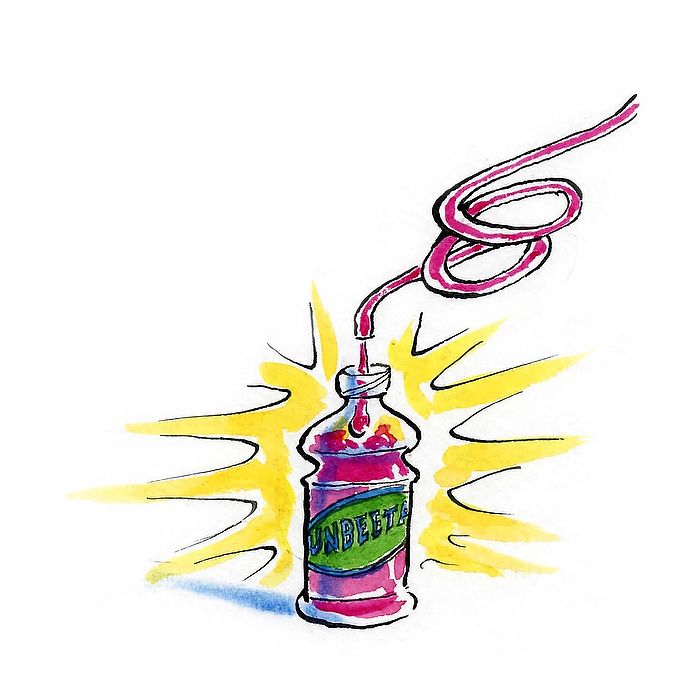 The Translational Science Center publishes further studies bolstering the case for dietary nitrate, including showing that it improves exercise performance and decreases blood pressure in chronic obstructive pulmonary disease (COPD) patients [REF: Nitric Oxide, In Press, published online, October 27, 2014]. Kim-Shapiro and colleagues also clarify that the critical conversion of nitrite to nitric oxide occurs in hemoglobin in red blood cells. The process is most pronounced under low oxygen conditions — for instance where muscles are in use — meaning that the increased blood flow from nitric oxide occurs where it is most needed to deliver oxygen.

Kim-Shapiro and his colleagues have multiple grants, including an award for five more years of support from the Translational Science Center. They are exploring benefits in patients with chronic heart failure, stroke and other ailments. The researchers are also exploring why benefits can be variable, work that might ultimately identify specific bacterial strains that are most effective at nitrate-to-nitrite conversion in the mouth, which could in turn reveal paths for boosting benefits even further.

Mark Schrope (’93) graduated with a BS in biology. Based in Florida, he writes for such publications as Nature, Popular Science, The Washington Post and Sport Diver.