At 6-foot-4 and 300 pounds, Deacon offensive lineman Wes Bryant (’05) had a commanding presence on the football field. Several years later and several pounds lighter, Bryant is looking to once again crush the competition — this time as host of his own online show celebrating two of his great loves: food and sports. 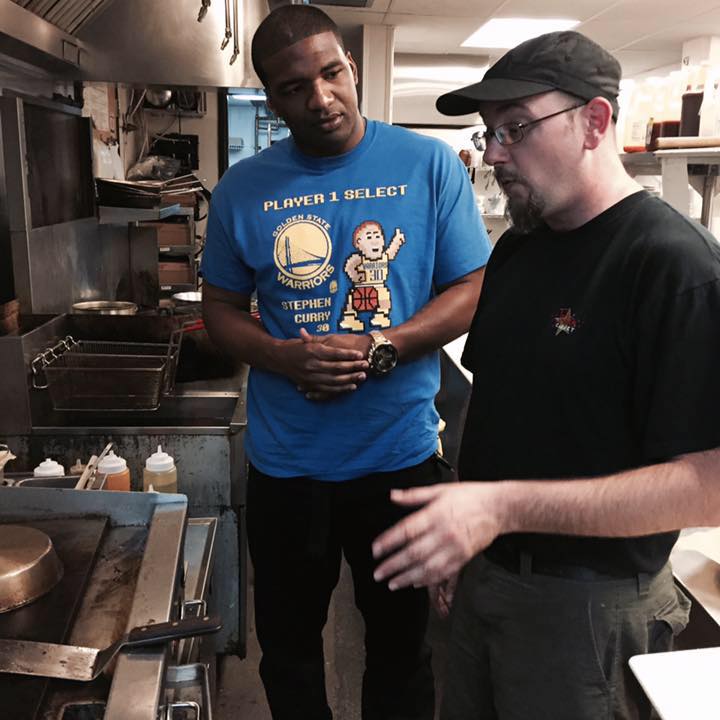 “One of my goals has always been to be an on-air personality,” says Bryant, who lives in Charlotte and is a freelance production assistant for Fox Sports as well as a morning-show host for Praise 100.9-FM radio. “I’ve always been ambitious and creative at heart.”

No surprise then, that he came up with the idea for “Wes Got Range.” “Different football positions have range, and another name for an oven is range,” he says. “I knew I had something people would enjoy but they were like ‘Wow, that sounds amazing.’ ” 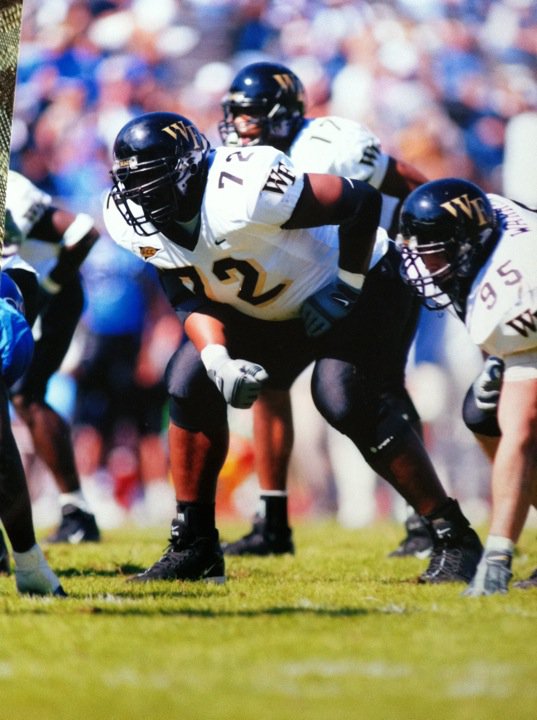 Bryant in his offensive lineman days.

Along with his cameraman, Will Johnson (for whom he made an exception to his “severe disdain” for North Carolina Tar Heels), Bryant visits a local restaurant, chats with the chef as a dish is prepared, then he and a guest athlete talk sports while enjoying the fare. “I want to be entertaining,” he says. “I don’t just want to lob softball questions. I want to ask questions that require thought.” His productions are currently independently produced, and he hopes to post at least two each month on YouTube.

Bryant once made demos for a news station but the “button-up” broadcast style wasn’t for him. Confident he had the personality to be on-camera, he wanted to do it his way. His experience as a radio host has helped craft his on-air technique. He’s inspired by celebrity Adam Richman, host of Travel Channel’s “Man v. Food.” “You can tell that’s him, he makes comments and jokes,” says Bryant. “I can pull off something just like that.”

He acknowledges a “little crush” on celebrity chef Rachael Ray and doesn’t miss an episode of “BBQ Pitmasters,” a show he aspires to guest-host. “I have to be happy in my work to be happy in my life. If I’m working with sports then I’m happy.” 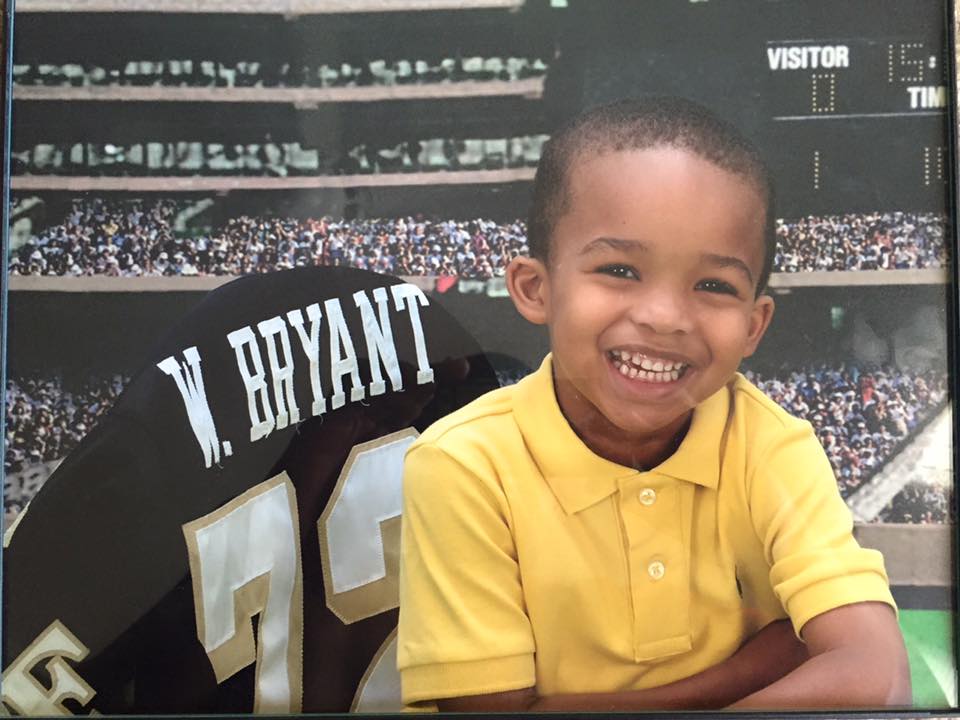 Gone are Bryant’s football days of trying to bulk up; he’s broadened his knowledge about food and health, eating smarter and running regularly. It’s not so much about dieting as it is about maintaining a healthy lifestyle, says the man who still enjoys the occasional “Fenderbender,” a juicy mushroom, bacon, cheese, homemade chili, slaw and French-fried onion-topped burger featured in the first “Wes Got Range” broadcast from Kickstand Burgers-n-Bar.

Bryant still bleeds black and gold. He and his mom, Fonda, are Deacon season-ticket holders and regularly return to Winston-Salem for games (“When I played we didn’t have anything like Deacon Tower”) and a meal at Mountain Fried Chicken. He hopes one day to host his show on location from Bib’s Downtown barbecue restaurant, home of Coach Dave Clawson’s weekly radio show.

“I loved my experience at Wake,” he says. “I watch basketball games on TV and see that (chapel) tower and almost want to cry, I love it so much.”