Editor’s note: Author Steve Duin returns to Wake Forest April 8-9 for a book signing and the Words Awake 2! Conference, a writing symposium, literary festival and celebration of Wake Forest writers. He will be the keynote speaker April 9 at the induction ceremony for new members of the Wake Forest Writers Hall of Fame. The following story was originally published in 2015:

As Steve Duin’s (’76, MA ’79) two daughters were growing up he coached them in basketball and soccer. He acknowledges he had absolutely no business being a soccer coach, but he was available and wanted to be involved.

The experience turned out to be illuminating in many ways. There was, of course, the pride and pleasure of watching his daughters grow and challenge themselves. But there was also the stress placed on his relationships — particularly with his youngest — when he became too wrapped up in her success. “I didn’t understand how ridiculous fathers can be when they want their kids to succeed where they didn’t,” said Duin. 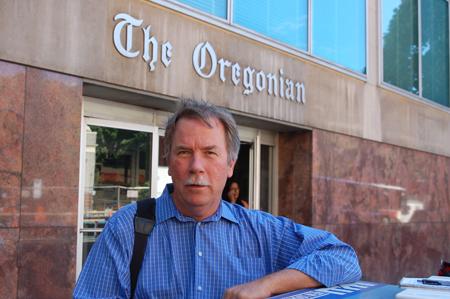 Steve Duin: ‘When I list my thanksgivings for Wake Forest I begin with Venice.’

An author and columnist for The Oregonian in Portland since 1984, Duin’s firsthand exposure to the pressure, politics and sacrifices relative to parents and teen sports sets the stage for his seventh and latest book, “The Less We Touch.” Though fiction, the book is largely based on the true story of a well-known coach in the Portland area, whom Duin described as a “menacing threat,” and the sacrifices many parents made in the vain hope their daughters would get college athletic scholarships.

“I tried to place myself inside the head of the coach/predator — not fun things to write,” he said of the book, which is described by one of his Wake Forest mentors, Tom Phillips (’74, MA ’78, P ’06), as revealing “the sometimes murky line that can separate coach from predator, parent from bully … ‘The Less We Touch’ does what good fiction can and must do: forever change the way we perceive the everyday events and interactions of people in our world.”

“I write because I’m really caught up in the idea of story and want to tell as many as I can before it’s too late,” said Duin, whose earlier books include “Comics: Between the Panels,” an encyclopedic history of comics and their characters, and “Oil and Water,” a graphic novel about the aftermath of the Deepwater Horizon oil spill. 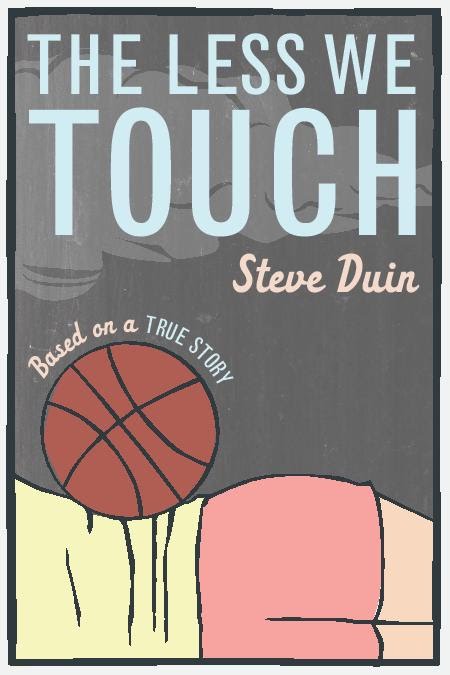 Given carte blanche by The Oregonian, Duin writes columns that “afflict the comfortable and comfort the afflicted. It is the ability to confront people who deserve to be accountable and, at the same time, be able to come back with sentimental and reflective pieces about my family. People don’t know what to expect, and they’re surprised three days a week.”

Duin will return to Wake Forest April 8-9, 2016, for a book signing and the Words Awake 2! Conference, a writing symposium, literary festival and celebration of Wake Forest writers. He will be the keynote speaker Saturday evening, April 9, at the induction ceremony for new members of the Wake Forest Writers Hall of Fame.

Duin looks forward to catching up with faculty mentors such as Ed Wilson (’43) and Jim Barefield — under whose tutelage he spent a life-changing semester in Venice in 1975. “It was such a rejuvenating experience,” he said. “When I list my thanksgivings for Wake Forest I begin with Venice. But what I also loved was the breadth of the experience. I could be talking about Romantic poets in class and then listening to beach music with friends at night.”

Steve Duin lives in Lake Oswego, Oregon, with his wife, Nancy Natelli Duin (’79). “The Less We Touch” is published by Library Partners Press and is available in e-book format at Digital Publishing @ Wake.