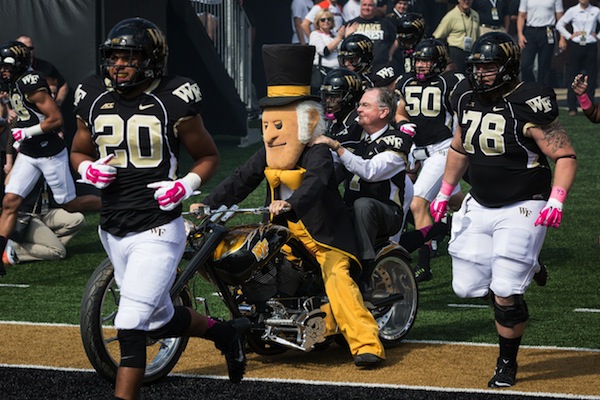 Editor’s note: Have you ever wondered what the perspective is like from inside the Demon Deacon costume? One of Wake’s mascots, whose identities remain anonymous, shared this class essay he wrote on his experience in an alternate reality.

The band quickly files off the field, and now the green sanctuary is mine. I jump off my motorcycle and firmly plant my feet in the middle of the field. Heaving my hands to the sky, all 30,000 spectators are drawn to their feet. Their moderated cheers become exuberant ovations. I can feel all of their eyes on me, and I am motivated because of it. Dance move. Dance move. Adjust the bowtie. Dance move. Then, outstretching my four limbs, I gracefully fall backwards onto the center of the field in the middle of the big “WF.” With the bright lights gleaming and ESPN viewers from across the world observing, the crowd’s roar meets its climax.

As I still lie in middle of my dwelling place, my radiant grin underneath stretches ear-to-ear. However, no one can see it. All 30,000 fans present, and thousands of others viewing on television or online, are in love with the mask, not myself. I quickly rise to my feet and take my bows. For my job here is complete, the Wake Forest vs. Clemson football game can now begin. Hopping back onto the motorcycle, I rev the engine a few times and ride off from this alternate reality. 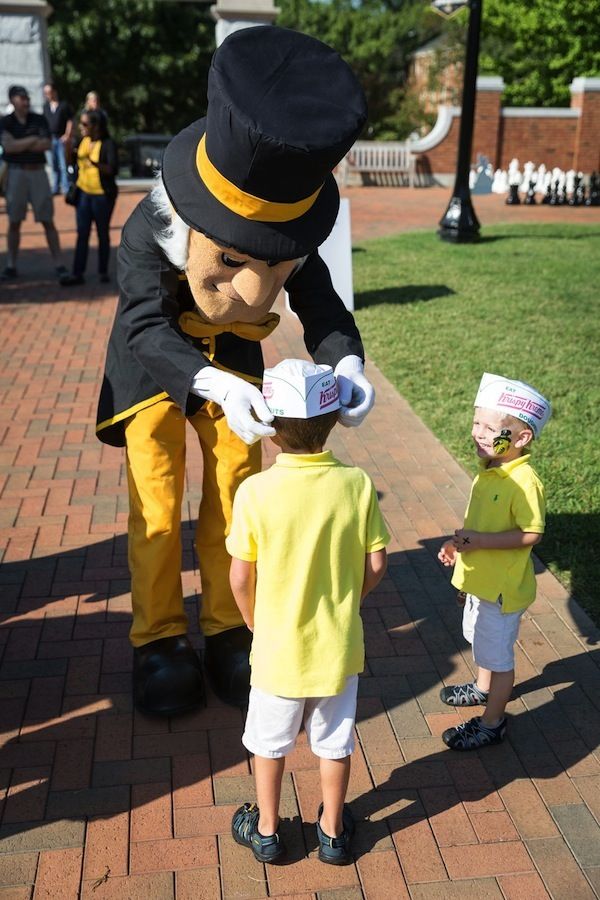 Picking up the ginormous duffle bag, I stroll out of BB&T Field with the rest of the fans. After staring at the ground, momentarily, I pick my head up and begin waving to random people around me who I have never seen before, while sporting a huge smile. However, the people around me look at me with a face of utter confusion. My overflowing happiness was not reciprocated. Their expressions read, “Who is this guy? Why is he smiling and waving at me? I have never seen him before in my life!”

It is within seconds of this realization that my smile is turned upside down. I remember that I am no longer behind the mask. They are looking at me, not the alter ego I often times embody. I am an optimistic, happy, joyful kid who loves to entertain, celebrate and encourage others. This time, I stroll off feeling a part of an obscured reality, questioning what is real and what is fake. 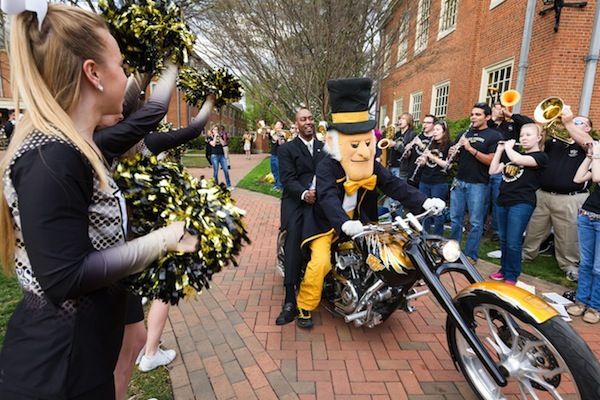 Two weeks later, I enter a hospital room, once again behind the mask. There lies Brian, a 12-year-old, on his hospital bed. Sadly, that hospital bed could also be his deathbed as he had previously been diagnosed with a life-threatening brain condition. During my initial interactions with Brian, he was apprehensive and shy. But within several minutes, we became best friends. Rock paper scissors, dancing, thumb wars, we did it all. When his mom looked the other direction, we even rubbed her ACC rival sweatshirt underneath our armpits.

We were both filled with pure joy. I would say this was my best performance of my career, even better than the Wake Forest vs. Clemson game. However my interaction with Brian was more than a performance. In that moment, I combined my gifts of care, compassion, and encouragement with the larger than life mask I wore. I was fully myself and fully the Demon Deacon. In that moment, the real and the alternate reality collided. The fake had impacted the real. 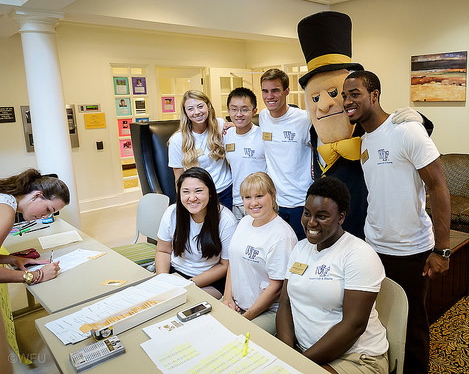 Brian passed away three weeks later. It was tough to understand at the time how I could pour so much joy into him, yet he could still pass away. While I mourned his death internally, I believe, without a doubt, that he lived longer than he should have because of our interaction.

What I once thought to be fake – the interactions while wearing the mask – had influenced reality. Since then, every time I suit up, I think of Brian. But most importantly, I am motivated by the way my life can be combined with the face of the Demon Deacon to positively impact others.