My 7-year-old daughter held her opinion until she returned to the pew from the altar. “Disgusting,” she whispered, face contorted, shoulders hunched. The offense was her First Communion wine. The Lord’s blood. The world’s pickiest eater wasn’t so happy about the feast.

I hadn’t suffered so as a child. Reared in a Southern Baptist household, I didn’t share in Communion until about 11, after I’d walked to the front of the sanctuary to be saved. And even then, Communion wine was vivid purple grape juice, deliciously sweet and delightfully served in a tiny cup once a month in the comfort of the pew.

Within half-a-decade of first tasting that “wine,” however, my faith had turned bitter and critical, informed by teenage angst and idealism amid a growing worldview. I realized much later it was also shaped by the brutal and eventual terminal illness of my mother, the most generous and kind person I knew who’d suddenly been rendered wholly dependent on others. Where was divine intervention now? For all the Sunday sermonizing, where was Christ’s love in the world? 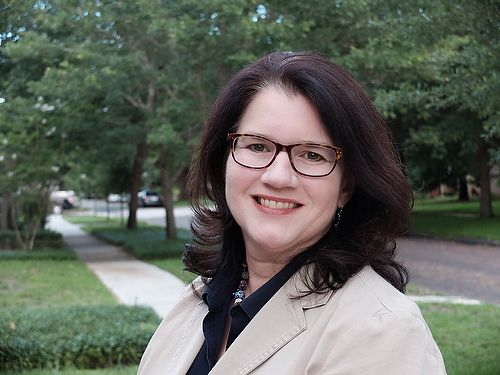 That’s how I arrived at Wake Forest, all but rejecting organized religion and cynical about those who tried to promote or share it. In my mind, the church had little to do with Christ’s message. Better to embrace his lesson of “Do unto others,” and stop there. I championed “Pro Humanitate” but simultaneously cast a critical eye on the organizations that had even made it possible for a world-class university to emerge with that as its motto. I didn’t yet grasp how my idealism failed to embrace the world where it was, not where I thought it should be.

It wasn’t until I took my required religion course that my understanding began to shift. “Early Christian Fathers,” with Professor Stephen B. Boyd, ended up being one of my most memorable.

I was a budding journalist, but yet it had never occurred to me that the Bible had been edited. That books had been rejected for inclusion. That religion has always been a construct shaped by man, flaws and all.

Another Wake Forest relationship was also significant. Rev. Francis H. Wade was then-rector of St. Alban’s Episcopal Church on the grounds of the National Cathedral in Washington, D.C. He was also the father of my friend and Lynks Society sister, now Jennifer Wade Greiner (’89). The reverend and his wife, Mary, generously opened their home to me several times, and I found my heart opening to new ways of understanding God and community, faith and doubt. 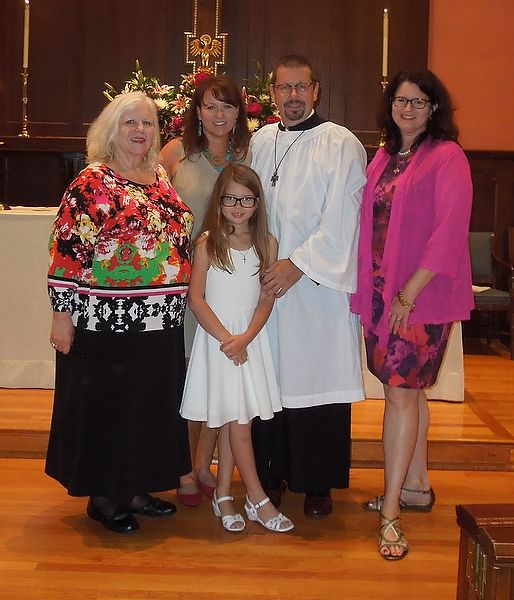 Joy James Howerton, 7, after her First Communion in May, with (from left) family friends Mary Jane Park and Teresa Eyerman (’89), her father Mark Howerton, who served as a Eucharistic minister, and her mother, Joni James (’89).

Then later, working as a reporter, I had the chance to have several conversations with the late Marcus Borg of Oregon State University, a New Testament scholar who organized the fascinating “Jesus at 2000” lecture series.

It was all part of my journey and why I was ready, at age 30, to return to church when a colleague invited me. And why, a year later, I actually wanted the Marriage Rite from the Episcopal Church for my wedding ceremony. I could embrace the flaws of organized religion, but also appreciate its incredible comforts. Here is a community of like-minded individuals who, at our best, seek a better world. At our worst, we are, well, human.

Through three cities and three churches since then, my husband and I have seen incredible fissures erupt, some over personalities, others over topics such as gay ordination and marriage. But still we have stayed. My idealism, my “Pro Humanitate” you could say, is now far less preoccupied with humanity’s and the church’s flaws and far more with our potential.

On Mother’s Day this year, I thought of all that. Of how Wake Forest helped shape a cynical and naïve freshman into a thoughtful and more-forgiving adult sitting on the front pew with her daughter, a cradle Episcopalian enduring one more ritual on the way to adulthood.

“Do I have to do that every Sunday?” Joy asked quietly, close to tears and still trying to get the taste out of her mouth. “You can take the wafer and forgo the wine,” I whispered to her. “But one day, you should try again.”

Joni James (’89) recently became the chief executive officer of the St. Petersburg Downtown Partnership in Florida. A former Old Gold & Black Editor-in-Chief, she worked more than a quarter-century as a newspaper journalist, most recently the Tampa Bay Times. In 2013, she was a finalist for the Scripps Howard Foundation Walker Stone Prize in editorial writing and in 2012 was, with a team, a finalist for the Pulitzer Prize.