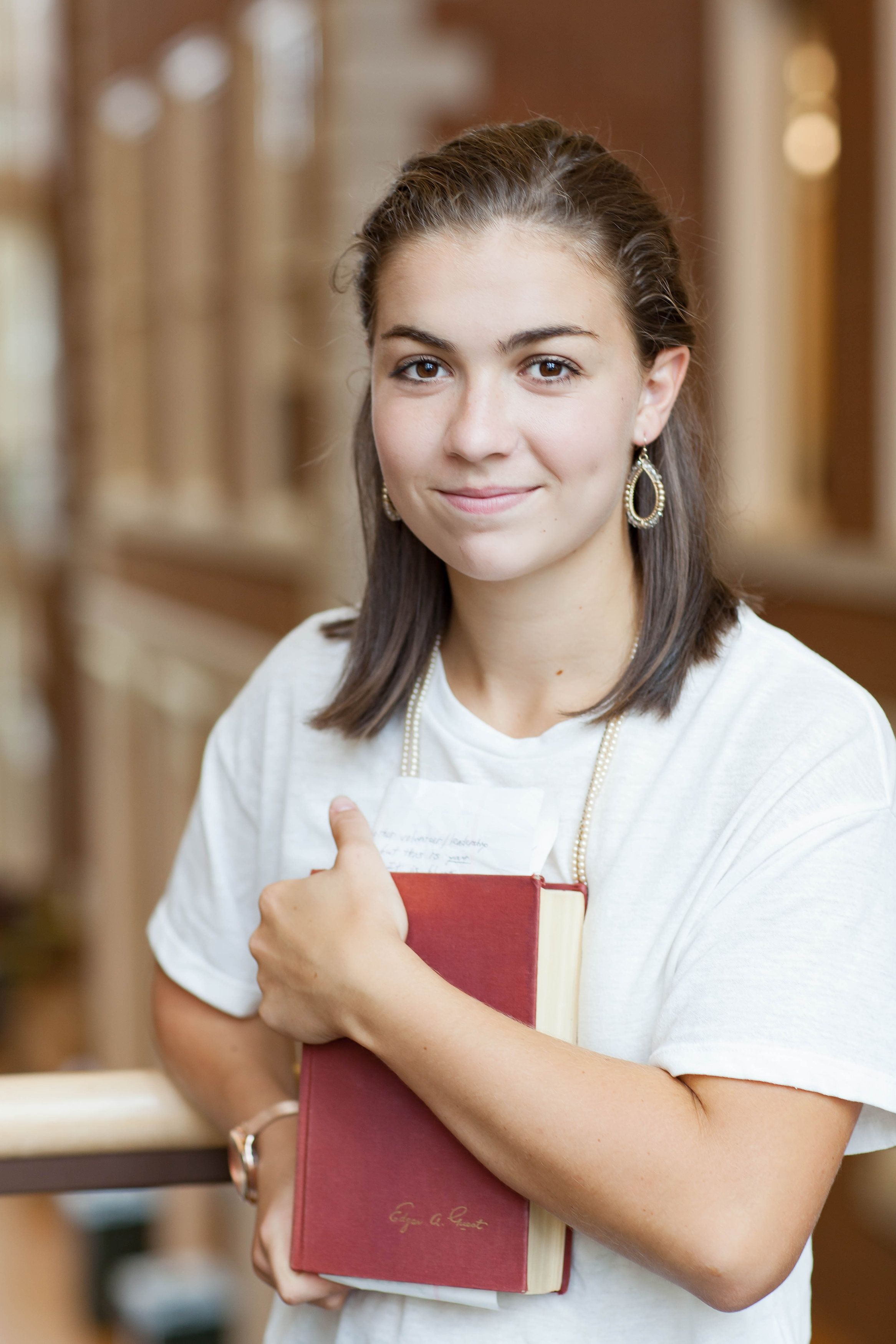 For more than two years the secret letter lay in wait — stealthfully stashed amid the stacks of the Z. Smith Reynolds Library. The writer, having completed his Wake Forest degree and moved on, left it behind. The intended recipient — well, she had yet to arrive. But he knew one day, if she came to Wake Forest, she’d find it there. That was his plan.

Blake Briggs (’13), the big brother and writer, and Morgan Briggs (’19), the little sister and intended recipient, had always been close. Growing up in Knoxville, Tennessee, they were seven years apart in age but grew up kindred spirits. From boyhood Blake had an inherent desire to protect and guide Morgan; she never stopped looking up to, and learning from, him. 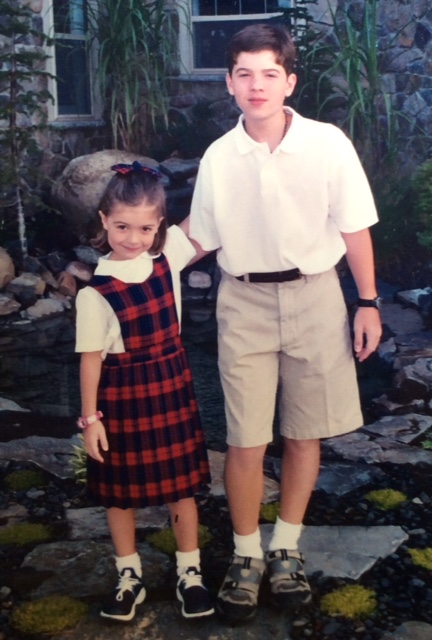 Family friend and alumni-in-admissions counselor John Dockery (’65) says Blake and Morgan (above) exemplify values important to Wake Forest: service, faith, integrity, honesty and commitment to success. ‘He made my day when he called to tell me he had been accepted as a fellow Demon Deacon,’ says Dockery. ‘And Wake is lucky to have Morgan. Doing for others is just plain natural to her.’

Their parents, Maryann and Rod Briggs, supported the siblings’ talents and interests in academics, sports and community service. “We had a good relationship growing up,” said Morgan. “We were competitive; I always tried to beat my big brother. But he always looked out for me. We owe a lot to our parents who taught us that when they were gone, we’d only have each other.”

In May 2013 as he was about to graduate, Blake’s intuition told him that two years down the road Morgan would return to the campus where she had visited him often — but this time as a student. He decided to leave behind a welcome letter for her, offering a big brother’s words of wisdom. 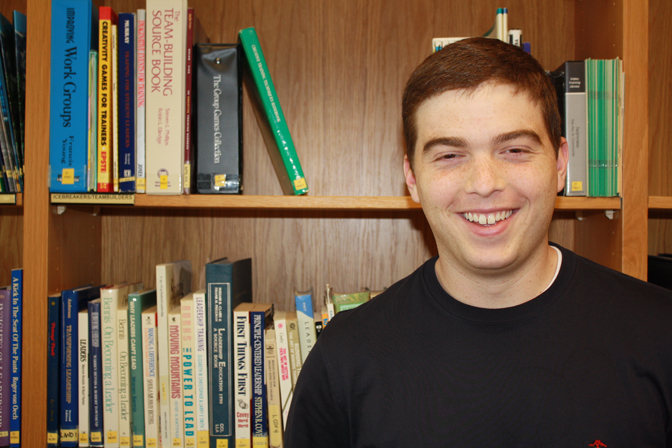 Blake Briggs (’13), now a medical student, wishes he were still at Wake, where he was a resident adviser, campus tour guide and active in service organizations.

In his studies at Wake Forest, Blake — now a third-year student at the University of Tennessee College of Medicine in Memphis — came across an inspirational poem by Edgar Albert Guest. Titled “See It Through,” it read, in part, “When you’re up against a trouble, Meet it squarely, face to face; Lift your chin and set your shoulders, Plant your feet and take a brace.” 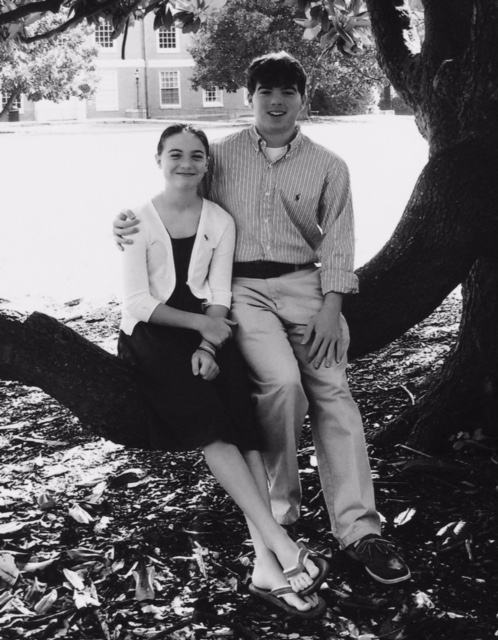 Morgan and Blake together on one of the Mag Quad’s magnolias during his freshman year.

The poem’s message of resilience in the face of adversity captured the essence of what he wanted to say to Morgan. “College is different from high school, academically and socially,” he said. “You’ll learn things about yourself you never knew. Become your own person but don’t stray from who you are.”

So that’s how the verse, and the book it was in, factored into his elaborate plan for delivery of a very special letter. All he could do was wait and see if the intended recipient relocated to the correct mailing address.

Many months passed; Morgan looked at several other schools but applied only to Wake Forest. “My brother’s experience, along with the school’s reputation for academics, athletics and service, was all I needed to know,” she said. Salutatorian of her high school class, she was accepted Early Decision and offered a midfielder position on the women’s soccer team. 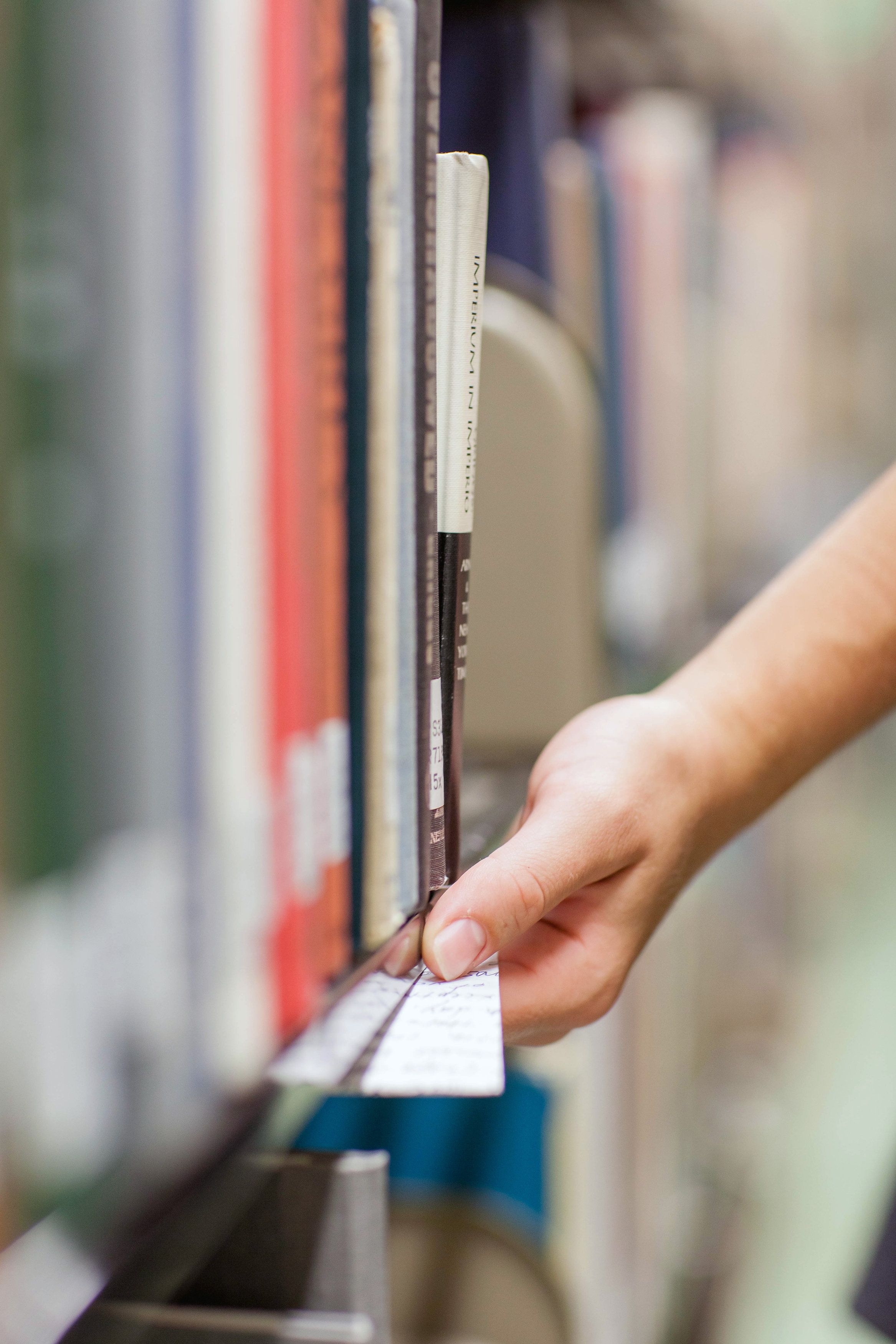 Taped under a shelf — the letter.

Shortly after arriving on campus in August, Morgan got a text message from Blake: he needed her help to find a certain book in the Z. Smith Reynolds Library. The book she found — can you guess? — was “Collected Verse of Edgar A. Guest.” Strange, she thought. Why would he need a poetry book for his med school studies? Then she noticed a bookmark and turned to page 119. The poem there? Blake’s favorite, of course. “See It Through.”

Morgan texted Blake to let him know she had found the book and read the poem. He replied, telling her to run her fingers underneath the shelf where she found the book. She humored him — they grew up humoring each other — and discovered what her big brother had taped there more than two years before: the secret welcome letter, handwritten in pencil on a piece of notebook paper. Blake’s intuition had been right all along.

The letter is no longer a secret among the stacks, but the siblings have chosen to keep its contents — penned with love and meant to be shared privately between big brother and little sister — confidential.

Again separated by hundreds of miles, Blake and Morgan stay close, talking, texting and FaceTiming most every day. Even though they’re adults, he is still the big brother, she the little sister. “We have a more special connection now than we’ve ever had because of our shared Wake Forest experience,” said Blake.

And they will always have that secret letter and a bond that will help them see “it” through … whatever it may be.