When I came to Wake Forest from Kenly, North Carolina, I’d never set foot in a museum of any kind, or past the Mason-Dixon Line for that matter. A flirtation with art began in Reynolda Hall. It’s where I first discovered great American artists still among my favorites: Jasper Johns, Robert Rauschenberg, Andy Warhol and Louise Nevelson.

On editing breaks from Old Gold & Black I’d wander out to visit “Flags,” a color lithograph by Johns, and “Night Zag III,” a black wood sculpture by Nevelson. I did not know these were early prescient purchases for the Student Union Collection of Contemporary Art. Since 1962, students have been selected from a competitive pool to research the contemporary American art scene and travel to New York to buy new works every four years.

Then in London, I fell in love.

“This is why art history should not be taught with slides,” Professor Bob Knott said as he switched on the projector in the basement of Worrell House in the fall of 1980. A small wall version of monumental Assyrian gates floated on the pull-down screen. That afternoon at the British Museum, the actual gates — each 16 tons and 14 feet high — spoke as eloquently as Knott about scale, dimension and storytelling.

Art changed my history. I learned to look and to translate what I was eyeballing into vivid details and narrative, both invaluable training for an aspiring reporter. A year later as a graduate journalism student at Columbia University, I audited a modern art history survey to make the most of my brief proximity to Manhattan museums. 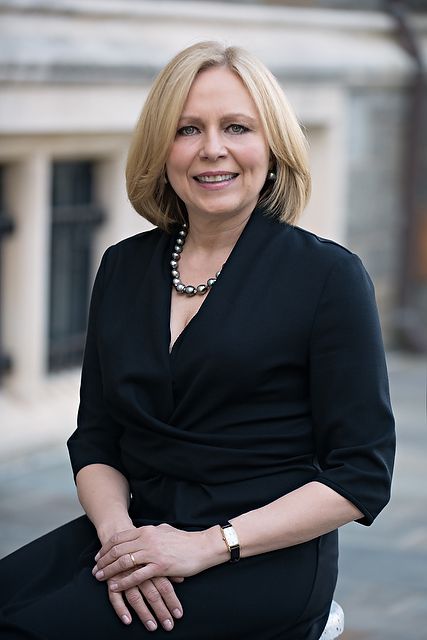 Thirty-plus years and two art-making daughters later I’m still in New York City, and art is a family passion. I married the native New Yorker and print collector who missed the first class and asked for my syllabus the second. My younger daughter, 23, paints. Her older sister, 24, double-majored in art history and philosophy at Wake. Fourteen variations of a bow tie etching (tantamount to a portrait of her father) printed in the Scales print studio fill our dining room.

Nearby is “Tentative Advance,” a wood sculpture by Knott. Four spindly wooden legs support a planed wood slab that sprouts six carved quills. I’d just started writing poetry and could not resist the title or the meld of precariousness and solidity that evokes the creative risks I’d long admired in artists.

A nascent endowment for the Student Union Collection of Contemporary Art is aptly named after Knott, who nurtured the unique program for decades. Professor Emeritus of Art, Knott died in 2010, shortly after anchoring the legs of  “Tentative Advance” for safe shipping to me. His family generously seeded the endowment with $19,000 from other sales of his art and directed my check there, too.

Like our treasured Wake friendships, seminal objects need stewardship, too. At least $480,000 more is needed to fund a $100,000 quadrennial trip with incremental increases to maintain the purchasing power. Otherwise money must continue to be cobbled from discretionary spending and will be, said Dean of the College Michele Gillespie.

“It is an enduring benefit to the present and future community of Wake Forest,” she said.

A pressing challenge is more secure but still accessible venues to display valuable pieces. The large 1970 Alex Katz portrait I remember fondly, “Vincent with Open Mouth,” was rolled up and put in storage after damage in Benson Center. (A 1963 portrait of similar scale hangs prominently in the Whitney Museum of American Art.) The Katz painting and the Nevelson sculpture were recently restored but won’t be back on view until protective casing is designed. A proposed $15-million expansion of the Scales Fine Arts Center could integrate the collection imaginatively. But even small renovations on campus are opportunities if the collection is kept in mind during design.

The tally of the impressive collection: 160 artworks by 118 artists. The impact is incalculable — casual, face-to-face conversations that can change a history.

Catherine Woodard (’80) was editor of Old Gold & Black and played in the first women’s ACC basketball tournament. A poet and former journalist, she helped return “Poetry in Motion” to the NYC subways and is on the board of the Poetry Society of America. Her poems have appeared in literary journals and CNN online. A collection is forthcoming from lone goose press.