Since its dedication in 1978, the Carillon — officially the Janet Jeffrey Carlile Harris Carillon — has become a Wake Forest tradition that’s often heard, but seldom seen.

The Carillon was dedicated on Homecoming weekend on Nov. 4 and 5. “It will be at the center of our lives, heralding our commencements, celebrating our victories, and announcing ceremonies that mark our times,” President James Ralph Scales said.

The $125,000 Carillon was donated by the Very Rev. Charles Upchurch Harris (’35, L.H.D. ’80), an Episcopal priest, former president of Seabury-Western Theological Seminary and a lover of carillon music, in honor of his wife, Janet. Janet Harris gave the final bell, a bass E-flat, in honor of her husband in 1981.

Scales called Harris’ gift one of “song and soul.” 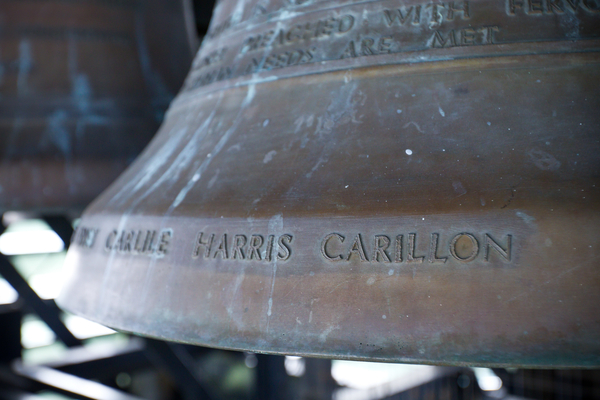 Cast by the Paccard Fonderie de Cloches in Annecy, France, the 48 bronze bells range from 28 pounds to 4,397 pounds and together weigh more than 11 tons. A crane lifted each bell into place on a specially constructed multilevel steel framework in the Wait Chapel tower. The Carillon, or Janet’s Bells, as Harris preferred to call it, was one of only six in North Carolina at the time.

The Carillon was given to praise God, Harris said, and as a token of affection and gratitude to his wife and to “honor a once small, unpretentious college, which … has emerged into the forefront of the nation’s respected centers of learning.” 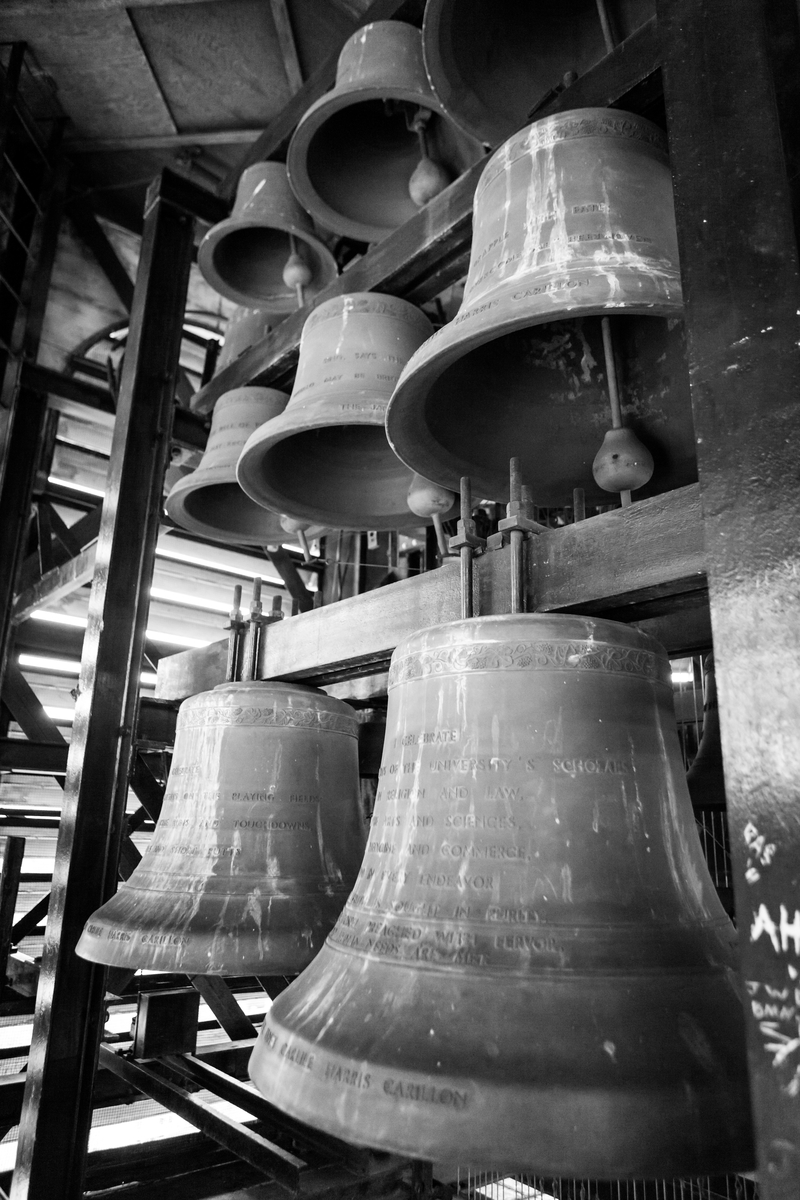 The 29 largest bells are inscribed with beautifully written verse and prose (mostly in English, but two are in French and two in Latin). The largest bell is dedicated “to the greater glory of God and in honor of Janet Jeffrey Carlile Harris.”

Other bells are inscribed with quotations from Beethoven, Bach and Plato, and prose celebrating Advent, Christmas and Easter. The bell by which the others were first tuned in France reads, “All my sisters are tuned in harmony with me.”

Some of the Carillon Inscriptions 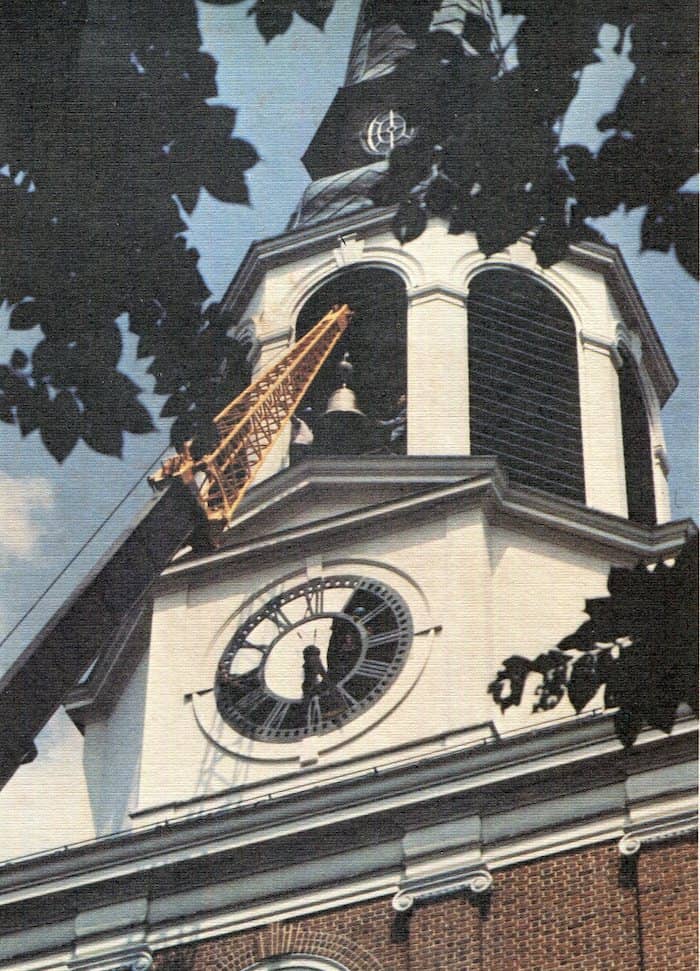 A crane lifts the bells into the Wait Chapel bell tower. 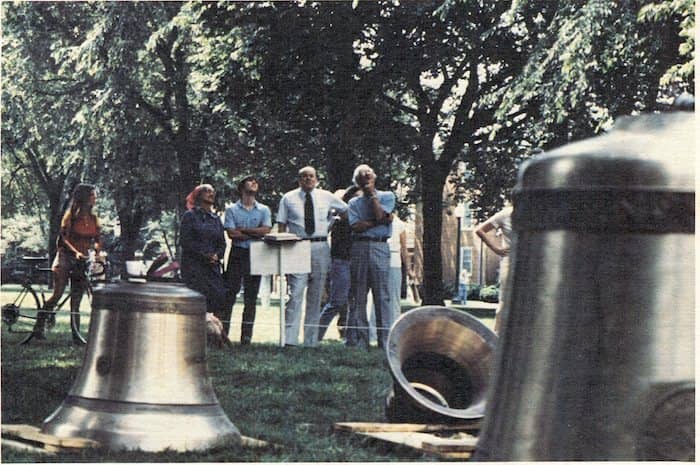