In the ever-expanding world of objects, there’s a virtual one that mystifies many but fascinates senior Julian Gilyard — Bitcoin, a decentralized digital currency.

Before his sophomore year, Gilyard, a Raleigh native, decided to purchase some bitcoin for personal research. As a double major in mathematical economics and computer science, Gilyard found Bitcoin was a perfect combination of his two favorite areas of study.

“I got involved with the Bitcoin atmosphere just from an engaging perspective to see how the economics of bitcoin work,” he says. “Because of a little bit of regulation on the part of the United States, though, there’s a stigma that’s associated with bitcoin and it’s not really transacted a lot within America.”

Gilyard ramped up his Bitcoin studies when he traveled to Austria for the spring 2014 semester with Professor Tom Phillips (’74, MA ’78, P ’06), director of the Wake Forest Scholars program. “I challenged him to go out into Vienna and figure out how he could spend bitcoin and find places in which it could be actually used as currency,” Phillips recalls. 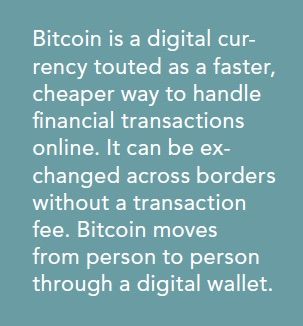 Gilyard accepted Phillips’ challenge and began exploring the tech side of Vienna. He discovered what he calls that “unique community of people that use bitcoin” at a hacker space called Metalab.

He attended monthly meetings at Metalab, where he and others with a passion for technology discussed the changing nature of bitcoin.

“When I was in Vienna, the price of bitcoin was like $800,” he says. “People thought that bitcoin was going to be the next big thing. Overstock.com started taking bitcoin and PayPal began integrating it into their system, so it was becoming kind of a global phenomenon.”

Bitcoin has seen fluctuations based on supply and demand since its 2009 founding, from a high of $1,150 for the price of a bitcoin versus the U.S. dollar to below $200.

“Julian is willing to take risks,” says Phillips. “He’s comfortable when the value falls from $900 to $300 or so. He’s as much interested in the exercise and the intellectual idea of what Bitcoin is and how it works as he is whether he’ll be able to spend it on something.”

Gilyard continued to experiment with bitcoin’s utility when paying for a round of drinks in the Czech Republic. 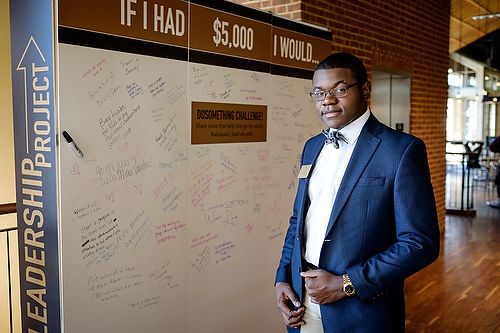 “While traveling outside of Austria, I was able to visit Number 7 Bar in Prague,” he says. “It advertised itself as a bar that took bitcoin, so I was able to go and explore how they used bitcoin moving from my digital wallet to theirs to pay for drinks. I ended up taking myself and three friends. It was incredible to be able to use one currency in Vienna as well as in Prague.”

As his time abroad came to a close, Gilyard compiled his adventures into a final research project that he delivered to Phillips. “I kept track of each experience in a program that I wrote that recorded my transactions with other parties,” he says. “I ran it on a Raspberry Pi computer that was hosted at the house.”

Phillips appreciated the way Gilyard used “the intellectual backdrop of bitcoin around the world with his own intrepidity in developing the software. He combined academic study with going outside the door and engaging the Vienna people.”

He praises Gilyard for combining “high native ability and a real dedication of what he likes with a certain kind of derring-do. … If I were to name my one student candidate for most interesting man in the world, Julian might be towards the top of my list.”

Gilyard expects to start working as a trader at an investment bank after graduation.