Harold Colson Jr. (’78) is an academic librarian. His passions include history, research and books. So in the early ’80s, when the young Wake Forest graduate found himself browsing in John Gach Books in Baltimore, he was pleasantly surprised by what he found staring at him from an eye-level shelf: four books of historical significance to his alma mater.

“I was just prowling around in the back,” he said, when he discovered the first three volumes, slightly faded but otherwise in good condition, of the “History of Wake Forest College” by George Washington Paschal (’27, MD ’29, D.Sc. ’63, P ’73).” And right alongside them, a yellowed, pocket-sized paperback titled “Legends of Baptist Hollow: Tales of Wake Forest College,” written by alumni Bill McIlwain (’49, P ’94), who edited some of America’s greatest newspapers including Newsday, and Walt Friedenberg (’49), journalist, educator and comrade of Harold T.P. Hayes (’48, L.H.D. ’49, P ’79, ’91), who was editor of Esquire from 1963-73. 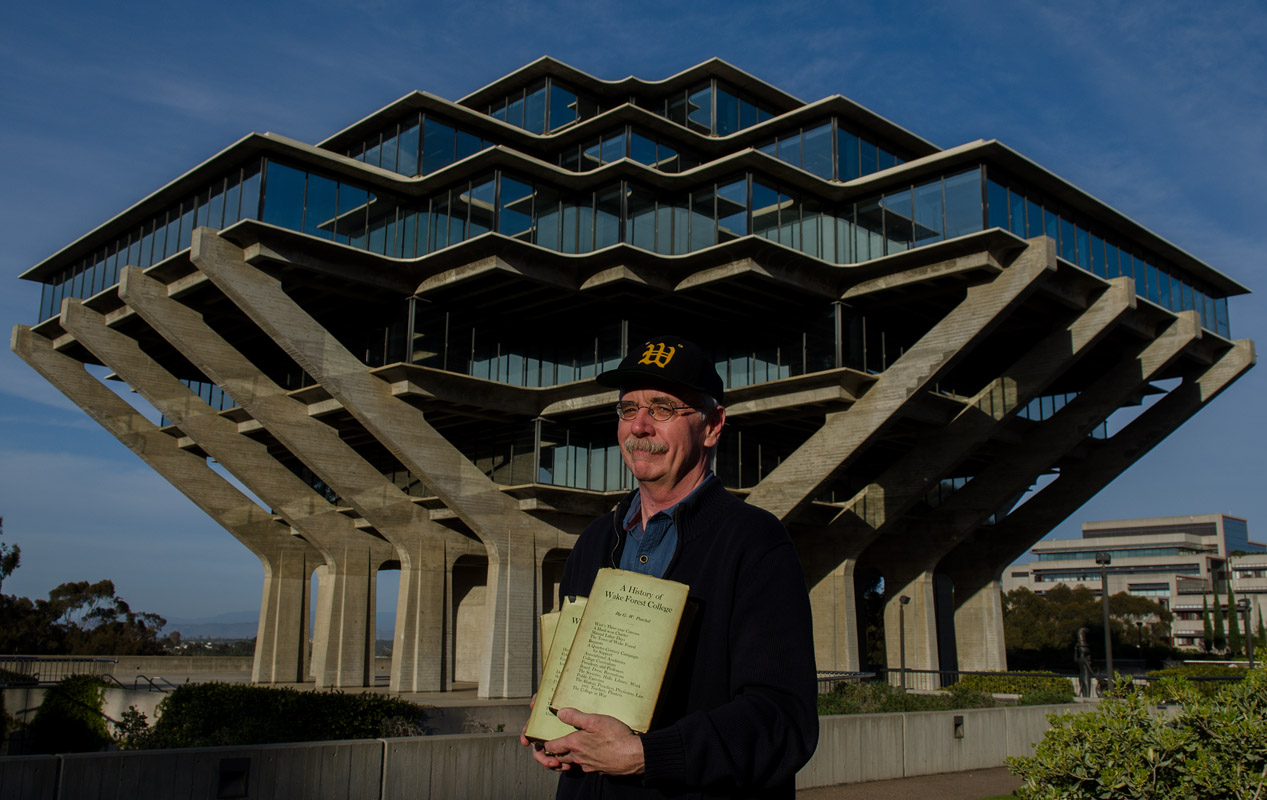 'What a wonderful moment, and unexpected, to see those books sitting there,' says Harold Colson, a librarian at the University of California, San Diego.

How, Colson wondered, did volumes with significant ties to Wake Forest find their way into a Baltimore bookstore? His inquiry to the staff yielded yet another connection: the books had recently arrived from the estate of author and educator Gerald W. Johnson (1911, D. Litt ’28), a Wake alumnus who had been a reporter and columnist for several newspapers including The Baltimore Sun.

“I bought the books then and there for their double Wake Forest connections — for information about the school and because they were from the collection of one of the most famous and prolific alumni,” said Colson, a subject librarian in international relations and history at the University of California, San Diego. 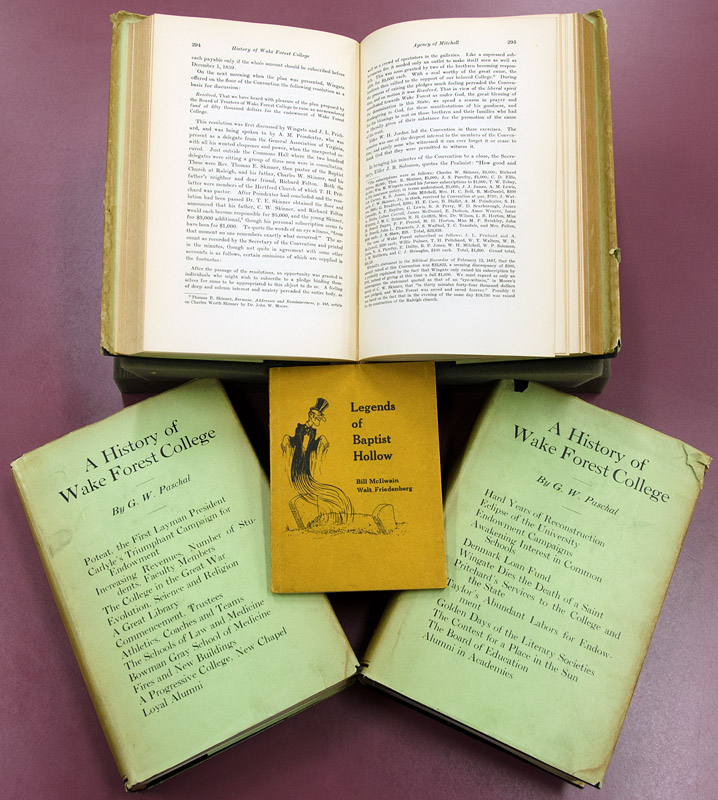 He has used them for reference when researching his own family history. Colson’s father grew up on a North Carolina farm and became an Air Force pilot. Colson the younger was born in Texas and his family lived in Puerto Rico, Guam, California, Alabama, Florida, South Carolina and Maryland. He had attended seven schools by the seventh grade. His mother grew up in eastern North Carolina — Norlina to be exact — a railroad town just a few miles up U.S. 1 from the town of Wake Forest and the Old Campus.

Colson’s paternal grandmother’s maiden name was Skinner. References made in Paschal’s books to Wake Forest College benefactor Charles Worth Skinner (1840) were intriguing; at first he thought Skinner might be his great-great-great-great-grandfather, owing to a lead in a published genealogy. But his research now leads him to believe Skinner was “certainly a relative, but not a direct ancestor.”

He chose to apply to Wake Forest because “My mother recommended it. She grew up in a Baptist family and would have liked to have gone to Wake Forest, but her family couldn’t have afforded it,” he said. “She was feeling that lost family opportunity from the ’50s.” 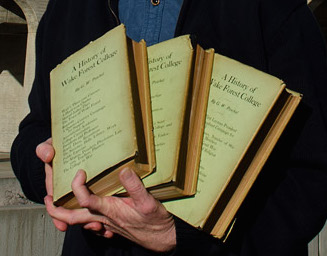 G.W. Paschal's three-volume 'A History of Wake Forest College,' discovered in a Baltimore bookstore and believed to be from the estate of alumnus Gerald W. Johnson, who was a reporter for the Baltimore Sun.

A ROTC student and politics major, Colson’s pivotal class was winter 1977’s “Historical Research in Washington, D.C.” with Professor of History James G. McDowell. Students picked a topic (his was the Civil War prison at Point Lookout, Maryland) and began to assemble and research an annotated bibliography. They traveled to the nation’s capital to spend two weeks at the Library of Congress and National Archives, collecting and identifying materials, before returning back to campus and completing their project.

“That was the experience that forged in me the desire to continue my education and become a librarian, said Colson, who served as McDowell’s research assistant. “I fell in love with the main reading room at the Library of Congress and enjoyed the whole process. I knew I wanted to work in research libraries down the road.” After a four-year term in the Army he attended graduate school at Indiana University; his aforementioned Wake Forest paper eventually formed the basis for his first published journal article.

Colson met Deborah Kegel (’78) at a freshman mixer in Poteat Lounge. They married in Reynolda Gardens, two days before graduation. She is also a librarian at UCSD.

Given the role Wake Forest has played in his life, it’s easy to understand Colson’s excitement upon finding those books in a Baltimore shop. “What a wonderful moment, and unexpected,” he said, “to see those books sitting there. I still treasure them as interesting finds.”