Paul Bullock (’02) wasn’t about to miss Words Awake 2! The Los Angeles-based writer for television shows such as ABC’s “Desperate Housewives” and Lifetime’s “Devious Maids” travelled across the country to meet other Wake Forest writers, authors, journalists and poets at the on-campus conference April 8 – 9.

At the first Words Awake conference in 2012, Bullock connected with Carol Barbee (’81), a television producer and writer, and Temple Northup (’99), a former TV writer who’s now director of the School of Communication at the University of Houston.

“It was the first time I had ever met other TV writers who were from Wake Forest. I wanted more of that,” said Bullock, as he toted around books that he had just had signed by Wake Forest authors. “I wanted to meet people in different disciplines whose work I’ve admired from afar or others that I want to cultivate relationships with.” 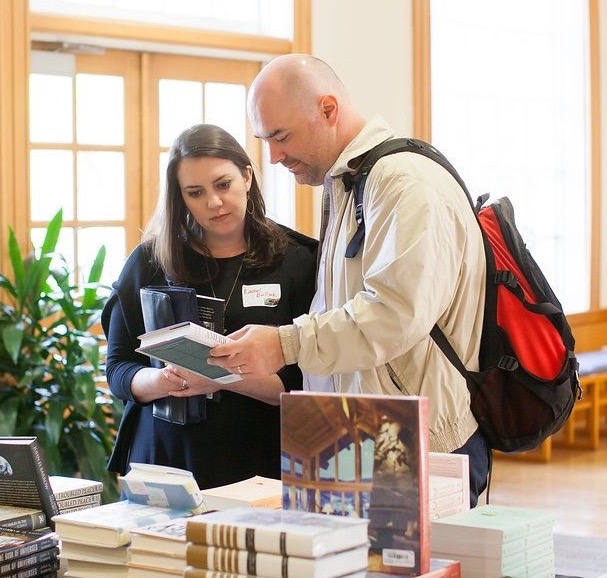 It was a chance for writers to catch up with one another, discuss the creative process, commiserate about editors and talk about their next project. “For many writers this event embraces a ‘family of writers’ for Wake Forest,” said Tom Phillips (’74, MA ’78, P ’06), director of the Wake Forest Scholars Program, who organized this year’s conference and the first one in 2012.

Tables were covered with books by Wake Forest authors, including the just-released “History of Wake Forest University, Volume 6,” by Professor of Counseling Sam Gladding (’67, MAEd ’71). The book, available at the College Bookstore, covers the presidency of Thomas K. Hearn Jr. from 1983 to 2005. 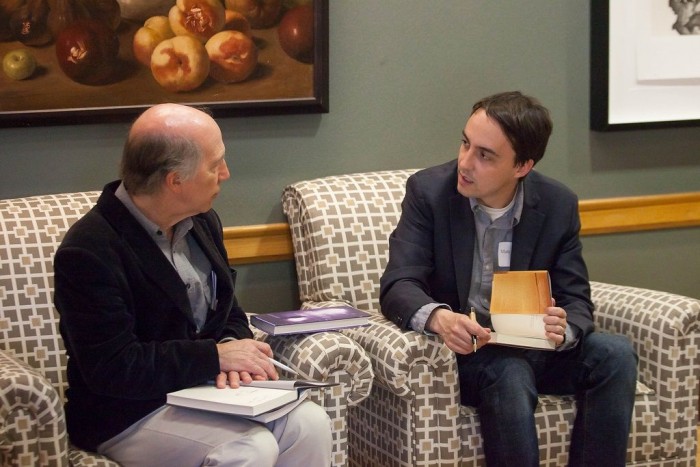 The conference began Friday morning with alumni writers fanning out to 10 local schools to talk with students. Book collector and photographer Jan Hensley (’64) spoke Friday night about his 50-year journey collecting the works of North Carolina authors. Hensley has donated some 10,000 books and upward of 50,000 ephemera to the Z. Smith Reynolds Library. Saturday’s schedule included panel discussions, poetry readings and a look back at the legacy of poet A.R. Ammons (’49, D. Litt ’72).

Steve Duin (’76, MA ’79), author and Sunday columnist at The Oregonian, said the recipients shared a commitment to upholding the highest standards in their work. “I continue to believe that if some elements of the ‘old’ journalism have outlived their usefulness, storytelling isn’t one of them.” 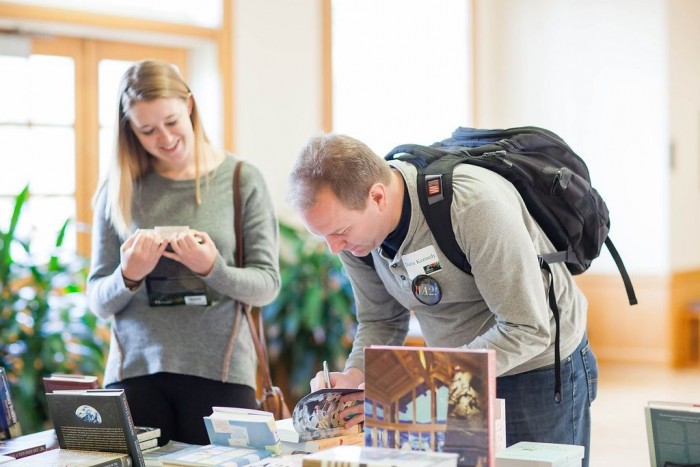 “We are a community of writers and readers. We come together to acknowledge our belief in the sanctity, centrality and value of writing, for the self and for others, to drive ideas and ideals, in the spirit of Pro Humanitate.” Tom Phillips (’74, MA ’78, P ’06), director of Wake Forest Scholars and organizer of both Words Awake! conferences

“I think collecting is some sort of disease. I hope they never find a cure, and so far they haven’t.” Book collector and photographer Jan Hensley (’64)

“One of the most important links I have to Wake Forest is through words and writing. And this conclave is a delightful family reunion of Wake writers. So there’s no way I’d miss it. I arrive hungry, and I depart inspired.” Mike Riley (’81), CEO and publisher, Chronicle of Higher Education

“I came for the fellowship, the unabashed idealistic and creative conversation, to marvel at the words and the modesty of such gifted writers, to hear the mockingbirds in the magnolias, to be in the same room as Dr. (Ed) Wilson, and because the wonderful Tom Phillips asked.” Laura Elliott (’79), New York Times best-selling author 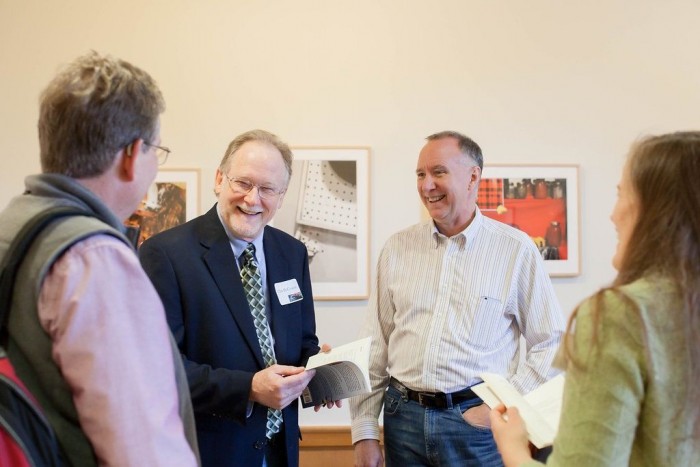 “The challenge of being a best-selling author is balancing creativity with commercial pressure.” Davis Bunn (’74), a prolific author and multiple winner of Christy Awards that honor and promote Christian fiction 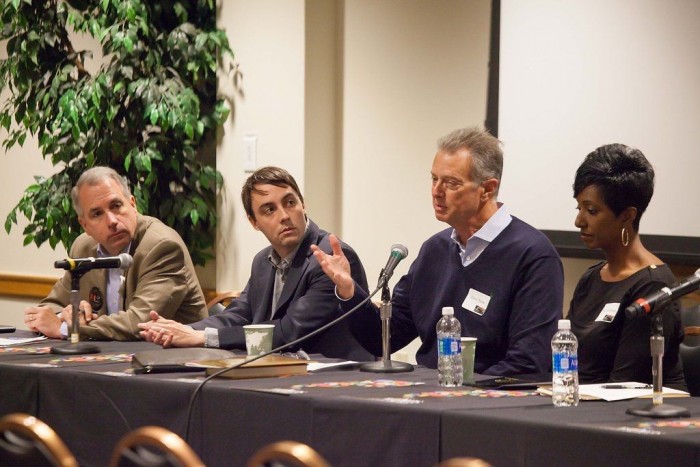