Ricky Van Veen (’03) co-founded CollegeHumor, a popular comedy brand/website, when he was a freshman and later co-founded the video-sharing site Vimeo. Since CollegeHumor’s parent company was purchased by media company IAC in 2006, Van Veen has helped launch multiple projects at IAC including Notional, a production company that created the Food Network’s “Chopped.” He sat down with Wake Forest Magazine shortly before receiving the 2016 Excellence in Entrepreneurship Award April 21.

How did CollegeHumor start?

Write what you know. We’re in college; why not do college humor? It was founded in the basement of Johnson, room B012. My best friend from high school went to Richmond, and we stayed in touch. We started the website on my laptop and moved on from there. I was never one of those to go out every Friday or Saturday night. It was fun for me to be in my dorm room building this thing. We reached a decision point right before my senior year where we did the math and we could get by, so we went full force to making the business as solid as it could be.

Why was college a good time to start CollegeHumor?

When the (dot-com) bubble popped in mid-2000, most companies in the real world just shut their doors. But because we had no expenses — we were on meal plans, living two to a single bedroom in bunk beds — we said, ‘Let’s keep it going.’ By the time the economy came back in 2003 when we graduated, we had made advances that other people hadn’t. The timing worked out perfectly. Had we not been in college, I don’t think we could have afforded to take that risk. 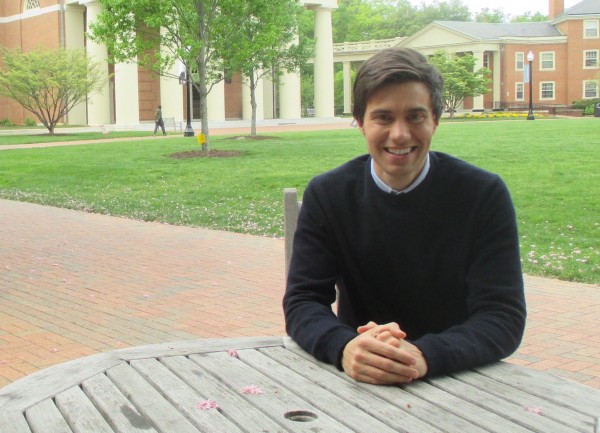 Ricky Van Veen: “College is the absolute best time to start a business and try something. College is the time that you can take risks when others can’t. My safety net was my meal card.”

When you started CollegeHumor, entrepreneurship was still a new concept.

It was completely foreign; it wasn’t part of popular culture. Back then — and it wasn’t that long ago — most people thought if you were an entrepreneur you were an inventor who played around in your basement, or a Subway franchisee. When we started the business, I had to explain it to people. My freshman roommate said, ‘I didn’t know you could start a business before you graduated.’ It wasn’t in the cultural lexicon. Now, it’s almost cliché.

Which professors influenced you at Wake?

Andrea Ellis (MAEd ’04) (now assistant vice president for innovation) ran the RTA (Resident Technology Adviser) program at the time. You had one or two nerds per dorm, and when students had trouble with their laptops, you’d help fix them. She took an interest in what I was doing. As an RTA you got a stipend, and that allowed me to invest (in CollegeHumor). And (business professor) Page West was helpful with general business stuff.

You were very successful at a very young age. What keeps you motivated?

I love building things. There’s nothing more exciting to me than a new idea. After I graduated, I went to San Diego. We thought ‘it’s a tech company, we can work from anywhere.’ I found that living on the beach, people were more in ‘chill mood.’ What you soon learn is, it’s very important whom you surround yourself with. We wanted to build this big company, so we moved to New York. Since I’ve been at IAC we’ve developed TV shows and movies, so that keeps me energized. 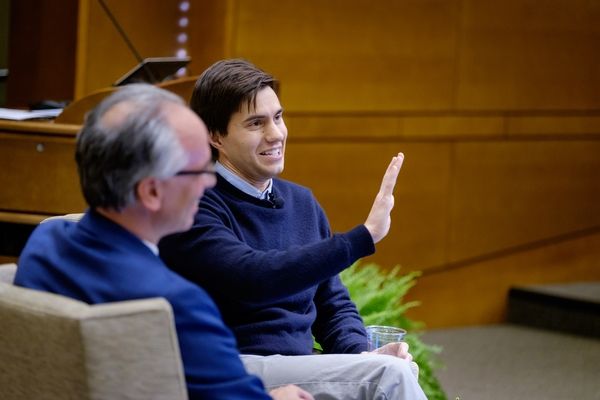 Ricky Van Veen, in a conversation with Provost Rogan Kersh ('86): It's a good time to start a new business. Everything is changing, everything is up for grabs.

Constantly keep an eye on what’s bubbling up, and don’t (dismiss) any ideas as ‘dumb’ before they’ve had a chance to prove themselves dumb. If you look at any successful tech business from the past 10 years, it was originally written off as a toy. With Twitter, it was like ‘I don’t want to know what someone’s having for lunch.’ Now this presidential race is being driven by Twitter. Uber was just a thing for rich people in San Francisco. Now, that’s the future of transportation. Be open-minded and keep abreast of what’s going on with people younger than you are.

Do you have any advice for current students?

Two things that I wish I had known — scalability and defensibility. You have an idea, but can it scale up or is it just a cottage business? Defensibility — learn what competitive advantages you have and what the barriers to entry are.

Is it easier to start a business now than when you started CollegeHumor?

There’s a mixed blessing with the Internet. It’s easier now to start a business. At the same time, it’s never been harder to build a defensible business because everyone has those same advantages. You have this great idea, and you put it on the web and it does well, and an hour later, it’s everywhere. That couldn’t happen 15 years ago.

What’s a bit of advice that you carry with you?

I remember (Dell Computer Chairman and CEO) Michael Dell speaking in Wait Chapel. He was asked about the future, and he said, ‘think of every company that was huge 50 years ago, 20 years ago. They’re no longer huge.’ That’s something I will always remember.

Most people probably know that you’re married to actress Allison Williams. What’s something people would be surprised to learn about you?

We stay home most nights. I love “The Bachelor,” “The Bachelorette” and “Bachelor Pad.” I love Skinny Cow ice cream. I like little bits of mischief, like going into a hotel room and taking the books off the shelves and signing the books as the author.