“So our youngest boy, Will, was 9 years old when the coolest guy to hit the neighborhood moved in with his wife, two doors down,” began Beth Macy’s column in The Roanoke Times. “Scott was like the perfect younger uncle. He was uber-fit and extra-funny, and, as an FBI agent, he had hands-down the coolest job of anyone Will knew.

“During the early days of t-ball and children’s theater performances,” she continued, “Scott threw pop flies with Will, attended several of Will’s plays, concerts and games. And at the zenith of their friendship, before Will’s teen years and before Scott and Leah had children of their own, Scott cemented his hero status by inviting Will to be his guest at the FBI’s annual family picnic.”

So when Beth learned her son, Will Landon, would be joining Wake Forest’s Class of 2020, she texted Scott to tell him Will was headed for his alma mater. “Forgive my pride but he got two Presidential Scholarships, one in music, the other in theatre,” said Tom Landon, Will’s father, who is an online geography professor and filmmaker. 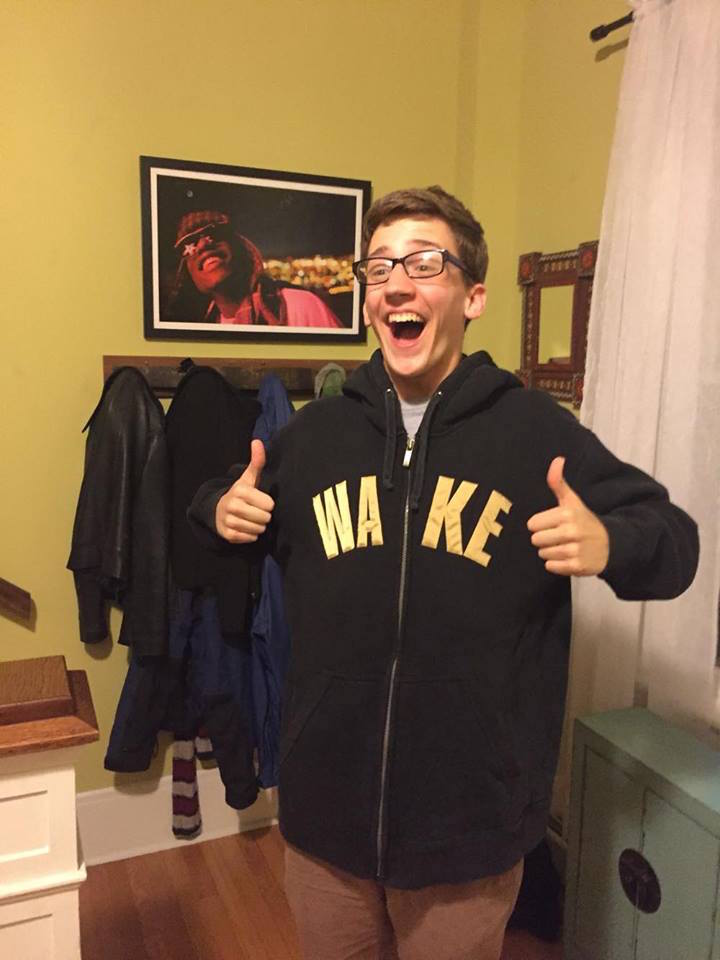 Will's first Wake Forest gear: '90s hand-me-down from a childhood hero who also happens to be an alumnus.

After he got Beth’s text, Scott showed up at her door with a hand-me-down for Will. He’d found it while he was packing to move out of the neighborhood where so many memories had been made. “The Wake Forest sweatshirt dwarfed our skinny Buddy Holly lookalike, who wore it to school the next day and has barely taken it off since,” wrote Beth, who is a best-selling author and journalist.

Scott remembers getting home from work and his wife telling him that his friend Will had come over to see if “he could come out and play.” Eventually there would be another knock at the door and Will would be standing there with his baseball glove, asking Scott if he wanted to go have a catch. “Dude, heck yeah,” Scott would say. 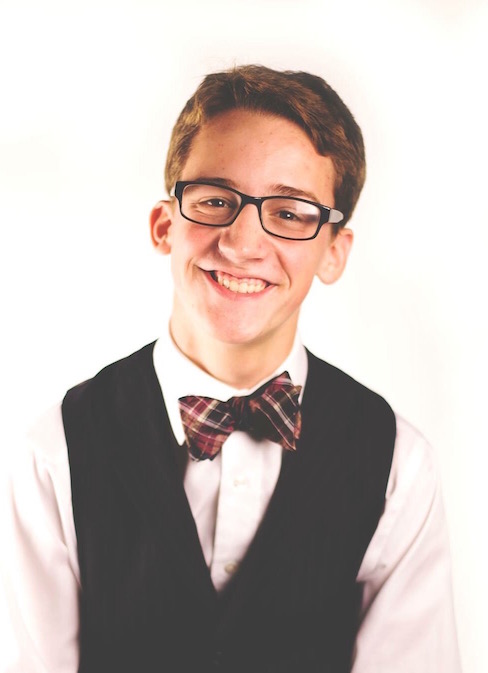 'I’ve met a lot of college professors during auditions and touring, and the Wake professors were the best of all of them in terms of being friendly, personable and clearly wanting their students to succeed.'

“Will was a hilarious, precocious young guy, and before I knew it my wife said I had a 9-year old BFF,” said Scott, recalling the time he used the loudspeaker in his “official” car to “pull over” Will as he rode his bicycle. “Frankly I got a lot more out of the friendship than he did.”

Scott, who was an upperclass Carswell Scholar, has children of his own now and has relocated, so he doesn’t see as much of Will. Will is busy acting, playing in his band and spending time with his girlfriend.

The two insist they never talked much about Wake Forest; Will said it’s just a coincidence they’ll have an alma mater in common. He always looked up to Scott, he says, but “I didn’t really know that he went to Wake.”

Will said the person most influential in his decision to apply to Wake was Anne Peyton Brothers (’19), a friend who also received a Presidential Scholarship. He had been performing in community and school plays with her since he was 7 years old. “She was the reason I applied,” he says. “If Anne Peyton got this it must be great, so I wanted to get it, too.”

For his music audition Will, who plays upright bass, performed jazz compositions with Wake faculty members. An accomplished forensics student, he performed selections from “Borrowed Time: an AIDS Memoir” and Shakespeare’s “Two Gentlemen of Verona” for his theatre audition.

“I stayed with one of the scholars and got to know people in the theatre and music departments,” he said. “I’ve met a lot of college professors during auditions and touring, and the Wake professors were the best of all of them in terms of being friendly, personable and clearly wanting their students to succeed.”

Scott said his one-time “catch” partner will be a phenomenal member of the campus community for all the right reasons. “He’s exactly the kind of guy you want to go to Wake Forest; being around him was enriching for me.”

Will, who already has a vintage Wake sweatshirt to wear around campus, says he’s excited to pick up the Deacon mantle from Scott. “I think it will be tremendous.”