Five alumni with exemplary careers as journalists and authors were named to the Wake Forest Writers Hall of Fame at the Words Awake 2! Conference in April. They join the 15 alumni honored in the 2012 inaugural class of inductees.

Penny Niven (MA ’62, D. Litt. ’92) was an award-winning biographer of Carl Sandburg and Thornton Wilder. Bill McIlwain (’49, P ’94) was editor of some of the most important newspapers in the country, including Newsday. Neil Morgan (’43) was an award-winning journalist and author in San Diego for six decades. Helen Tucker Beckwith (’46) was the author of 18 novels and 27 short stories. Maria Henson (’82), the first and only Wake Forest graduate to win a Pulitzer Prize, had a distinguished journalism career before coming to Wake Forest in 2010 to teach and edit Wake Forest Magazine.

Steve Duin (’76, MA ’79) gave the keynote address, “The Ethical Requirements of the Public Writer,” at the Wake Forest Writers Hall of Fame Banquet on April 9, 2016. 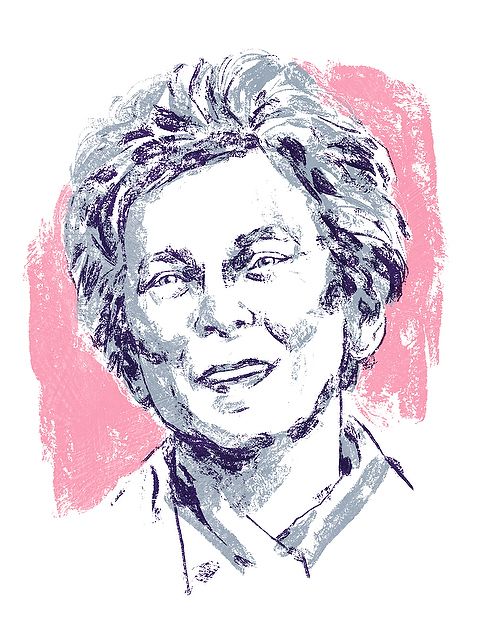 She was 52 when her first biography, “Carl Sandburg: A Biography,” was published in 1991. She followed with an autobiography of James Earl Jones, “Voices and Silences” (1993), that she co-wrote with the actor, and two more biographies: “Steichen: A Biography” (1997) and “Thornton Wilder: A Life” (2012). She was a “late-blooming biographer of the nearly lost voices of an era,” The New York Times wrote.

A native of North Carolina, Niven graduated from Greensboro College and received a master’s in English literature from Wake Forest. She began her writing career after volunteering to help organize Sandburg’s papers at his home near Flat Rock, North Carolina. That led to her acclaimed work on Sandburg;  writing biographies, she said, was a “daunting effort to do justice to another life.” She also wrote a children’s book on Sandburg and her 2004 memoir, “Swimming Lessons.”

Niven received a number of literary awards, including the North Carolina Award in Literature and three fellowships from the National Endowment for the Humanities. She was writer-in-residence at Salem College for a dozen years. Niven died in 2014 at the age of 75. 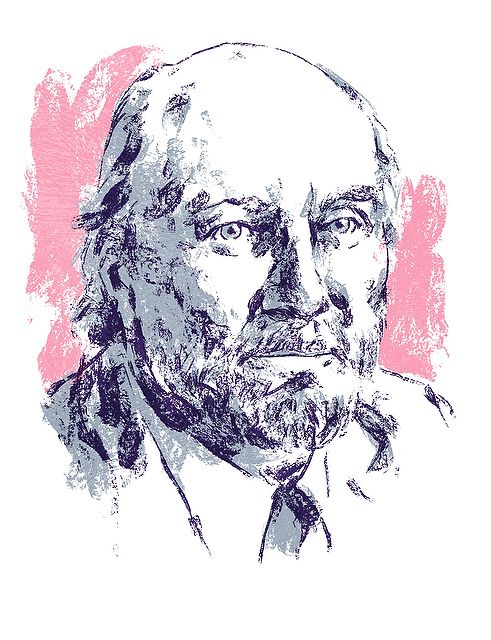 Bill McIlwain was editor of some of the most important newspapers across the country and in Canada during a journalism career that spanned the last half of the 20th century.

He began his career as a sportswriter in Wilmington, North Carolina, when he was only 17. After serving in the U.S. Marines, he graduated from Wake Forest and was a reporter for several newspapers. He joined the Long Island newspaper Newsday in the 1950s and eventually became editor-in-chief. During his tenure, the paper won a Pulitzer Prize for public service in 1970. He was writer-in-residence at Wake Forest in 1970-71. He also edited newspapers in Toronto, Boston, Washington, D.C., and Little Rock, Arkansas. He returned to Newsday in the early 1980s and founded New York Newsday. After retiring, he moved back to the North Carolina coast, where he mentored young writers.

McIlwain wrote several books including “The Glass Rooster” (1960), about segregation in the South, and “A Farewell to Alcohol” (1972), a frank account of his alcohol addiction and recovery. He also co-wrote, with Newsday colleagues, “Naked Came the Stranger” (1969), a satire of the overwrought, sex-filled novels of the time.

McIlwain served as a Pulitzer Prize juror and was a Nieman Fellow at Harvard University. He received Wake Forest’s Distinguished Alumni Award in 1969 and was inducted into the N.C. Journalism Hall of Fame in 2004. He died in 2014 at the age of 88. 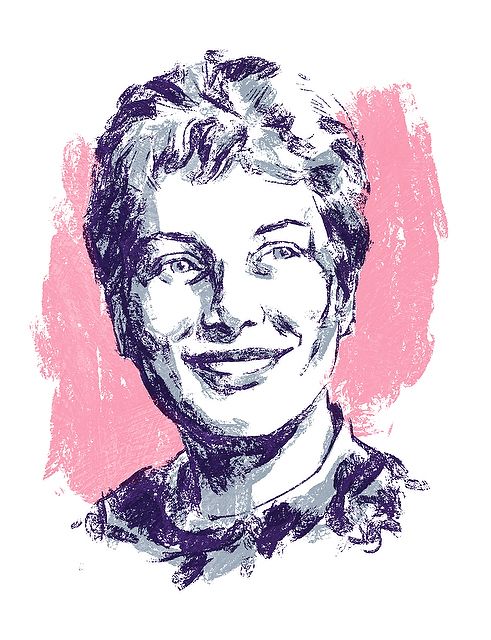 Helen Beckwith was a prolific writer and novelist known as a great storyteller. Under the name Helen Tucker, she wrote 18 novels and 27 short stories, published in more than two dozen countries. Her most critically acclaimed novel, “The Sound of Summer Voices” (1969) — described as a North Carolina evocation of “To Kill a Mockingbird” — was serialized in German newspapers and adapted for broadcast by the BBC.

A native of North Carolina, Beckwith was one of the earliest female writers along Pub Row when she was a student at Wake Forest. After graduating, she took graduate courses at Columbia University and embarked on a long career as a journalist, editor and novelist. She was a reporter for newspapers and radio stations in Burlington and Raleigh, North Carolina, and in Idaho and Utah, as well as director of publicity and publications for the North Carolina Museum of Art.

In 1971 she was the first woman to receive Wake Forest’s Distinguished Alumni Award. She also was honored by the Franklin County (North Carolina) Arts Council for “outstanding service in the field of literary arts.” She died in 2014 at the age of 88. 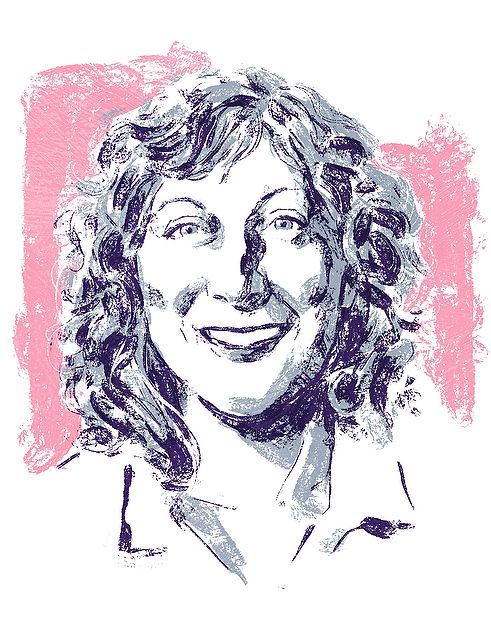 Maria Henson, who grew up in Raleigh, North Carolina, has forged a reputation for excellence as a reporter, editor, editorial writer, and statehouse and Washington correspondent at newspapers across the country, and most recently, as a magazine writer, editor and teacher at her alma mater.

She is the first and (so far) only Wake Forest graduate to win a Pulitzer Prize. As an editorial writer at the Lexington Herald-Leader in Kentucky, she won the 1992 Pulitzer Prize for editorial writing for her series about battered women, which led to significant new legislation and policies to address domestic violence. As deputy editorial page editor of The Sacramento Bee, she edited the series about Hetch Hetchy Valley in Yosemite National Park that won the 2005 Pulitzer Prize for editorial writing. She was also a journalist at newspapers in Little Rock, Arkansas; Austin, Texas; Tampa, Florida; and Charlotte, North Carolina.

Henson has served as a Pulitzer Prize juror four times and was a Nieman Fellow at Harvard University in 1993-94. She received the Mary Morgan Hewitt Award for lifetime achievement in journalism from the East-West Center in Hawaii in 2007. She was named Wake Forest’s Woman of the Year in 1992 and served on the College Board of Visitors in the 1990s.

After living in Botswana for a year and a half, she returned to Wake Forest in 2010 as associate vice president and editor-at-large. She oversees the University’s flagship alumni publication, Wake Forest Magazine, which, under her leadership, has won numerous national awards for writing, design and overall quality. She also teaches news literacy in the journalism program and mentors students interested in pursuing writing careers.

Q & A with Maria Henson 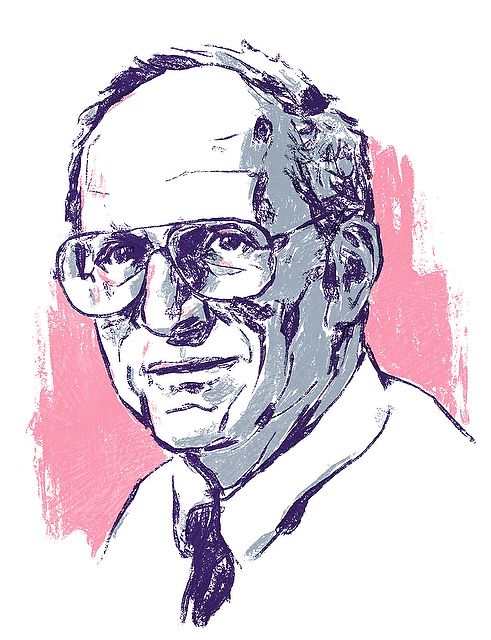 Neil Morgan was an award-winning journalist, author and San Diego icon for six decades. He was an old-school journalist with an unwavering commitment to the truth and a champion for those whose voices were not often heard. “He was the chronicler of the city,” former California Gov. and U.S. Sen. Pete Wilson once said, calling him a cheerleader and a critic, “a loving but uncommon scold to San Diego.”

A native of Smithfield, North Carolina, Morgan fell in love with San Diego while serving in the U.S. Navy during World War II. He was a popular columnist for several San Diego newspapers before being named editor of the Evening Tribune in 1981. Under his leadership, the Tribune won a Pulitzer Prize in 1987 for editorial writing on U.S. immigration policies. He later served as associate editor and a senior columnist for The San Diego Union-Tribune. His columns won the Ernie Pyle Award.

In 2005 he co-founded an online news organization called Voice of San Diego. Voice of San Diego later created the Neil Morgan Fund for Investigative Reporting to continue his legacy. Morgan wrote or co-wrote a dozen books, many about San Diego and the American West. He co-authored with his wife, Judith, a biography of their longtime friend Theodor Geisel (Dr. Seuss).

Morgan received the first Chancellor’s Medal from the University of California San Diego and was named “Mr. San Diego” in 1999 by the San Diego Rotary Club. He received Wake Forest’s Distinguished Alumni Award in 1964. He died in 2014 at the age of 89.

Maya Angelou (L.H.D. ’77)
Published more than 30 best-selling works of fiction, nonfiction and verse, including “I Know Why the Caged Bird Sings.” Served on the Wake Forest faculty as the first Reynolds Professor from 1982 until her death in 2014.

Elizabeth Jones Brantley (’44)
A newspaper and magazine writer. Worked in the news offices at Wake Forest and Salem College.

Russell H. Brantley Jr. (’45)
Served as the University’s director of communications for 34 years. Poet and author of the controversial novel “The Education of Jonathan Beam.”

W.J. Cash (’22)
Heralded for his iconic book about Southern culture, customs, beliefs, contradictions and violence, “The Mind of the South.”

Gerald W. Johnson (1911, D. Litt. ’28)
Founded the Department of Journalism at UNC-Chapel Hill and had a long career as a journalist in Baltimore and as an author and magazine writer.

Bynum G. Shaw (’48)
A Washington and European newspaper correspondent before teaching journalism at Wake Forest from 1965 to 1993. Author of several books including “Oh, Promised Land!” and “The History of Wake Forest College: Volume IV: 1943-1967.”

Laurence T. Stallings (1916)
A prominent novelist, playwright and screenwriter whose most acclaimed works, “Plumes” and “The Doughboys: The Story of the AEF, 1917-1918,” reflected his experiences in World War I.

Edwin Graves Wilson (’43)
Known to many as “Mr. Wake Forest,” he has served Wake Forest as English professor, dean of the College, the University’s first provost, senior vice president and now provost emeritus. Author of “The History of Wake Forest University: Volume V, 1967-1983.”

Emily Herring Wilson (MA ’62)
Poet and author of several books, including “No One Gardens Alone” about Elizabeth Lawrence, and coauthor of “North Carolina Women: Making History.”