My father was a many-faceted individual: a world renowned scholar, an exemplary teacher, an activist, a community leader, a perceptive editorial writer and a man of deep humanity and gentle humor.”

Those words are how Wake Forest Law Professor Jaya Gokhalé (’67) describes her late father, B.G. Gokhalé (P ’67, ’72), as she sits in his personal library on Faculty Drive.

B.G. Gokhalé established the University’s Asian Studies Program in 1960, published 17 books and more than 100 articles, and continued to receive letters from students long after his 1990 retirement.

Now, more than a decade after her father’s passing at age 85, Jaya seeks to celebrate her father’s passion for scholarship in her own writing, preparing an article to highlight the groundbreaking nature of his contributions at Wake Forest.

“When writing about my father, I try to combine the perspective of an objective evaluator of his ideas with my own love for him as his daughter,” she explains.

Gokhalé adored being with his students and, Jaya writes, was never at risk of becoming an “ivory tower individual.” Emphasizing teamwork, his Asian Studies Program initially began as collaboration among the University, Salem College and Winston-Salem Teachers’ College, now Winston-Salem State University. “The general aim,” according to a report after the program’s first year, “is to stimulate interest among students and faculty … in Asia, its history, culture and role in the world of today.” 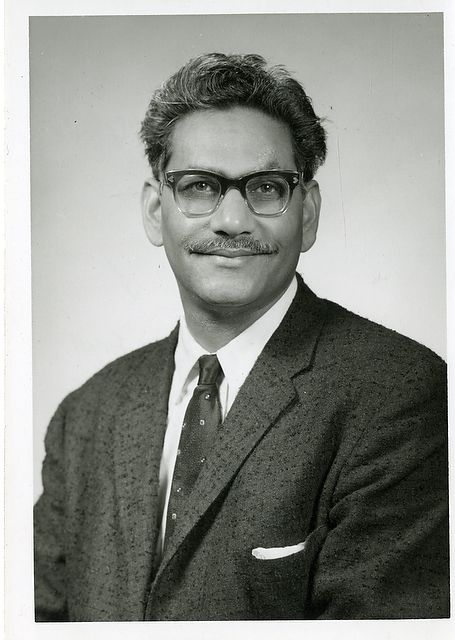 In 1965, the Association of American Colleges recognized Wake Forest as one of 18 U.S. colleges that offered non-Western studies. The program helped usher in today’s era at Wake Forest, when more than 60 percent of its students study abroad and the University’s goals include global relevancy and understanding.

Recounting her father’s impressive accomplishments, Jaya balances on a ladder and pulls copies of her father’s books from the shelves. Amid his published works is a copy of Jaya’s book, “From Concessions to Confrontation: The Politics of an Indian Untouchable Community,” a social and political history of a major Indian Untouchable (or Dalit) community. Thumbing through the pages, Jaya shows how traces of Gokhalé’s notes linger in the margins.

There is no denying Jaya’s own multiple dimensions are as varied as her father’s. Graduating from Wake Forest in 1967, at 19, she majored in political science. Like her father, she was a scholar, earning a doctorate in Asian Studies from McGill University, publishing the “Concessions” book and later attending Columbia University’s School of Law. Her career took an unexpected shift, into corporate law.

Her father supported her through it all. And through it all, father and daughter continued to engage in spirited intellectual discussions about such subjects as Buddhist legal philosophy. Honoring her father’s influence, Jaya plans to write an additional article on the “Concept of Law in Early Buddhist Thought,” which the pair originally planned to co-author.

“He was very proud of me,” recalls Jaya. “Although, ultimately, he always wanted me to teach. He would have been happy that I’m back teaching at Wake Forest.” 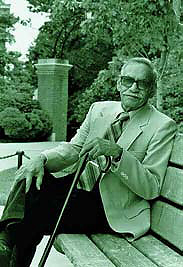 Jaya continues to leaf through the pages of her father’s books, with classical music from a nearby radio punctuating the pause between each recounted memory of her father. B.G. Gokhalé is present everywhere — in the longhand notes across his published pages, the Buddhist figurines he collected and the prints decorating the library of the home designed by him and his wife, Beena — the home in which he died in 2005.

The happiest periods of her father’s life were spent on the Wake Forest campus, Jaya says, a sentiment she hopes to capture in her essay. Gokhalé declined offers from other universities, choosing to stay at Wake Forest “because of what it is and what it is going to be.”

As Jaya talks about her father’s legacy, there is a sense of loyalty and melancholy, and a writing process both satisfying and saddening because it is personal. “This piece is a question of my own identity,” Jaya says. “There is a sense of self being involved in it. My father will continue to live in the memories of all who were fortunate enough to encounter his presence.”