Day is slowly breaking on a March morning in the port city of Piraeus, Greece, as a burly red-headed figure stands dockside with luggage bags filled with 200 soft-sided baby carriers. James “Woody” Faircloth (’90), alongside fellow volunteers with the U.S. grassroots organization Carry the Future (CTF), waits for the arrival of ferries transporting hundreds of refugees seeking asylum.

Each day the volunteers wait at the dock for the 5 a.m. and 11:30 p.m. ferries, with rolling luggage bags in tow, prepared to hand out, fit, and instruct refugee families with the donated baby carriers. That’s how Faircloth, 49, a national account manager for Comcast in Denver, Colorado, describes the scene and how he got to that dock in Greece after becoming involved with non-profit CTF only six months prior. 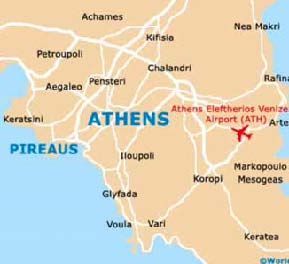 A father of four with his own two sons, Ehret and Stowe, committed to the U.S. Army, Faircloth was accustomed to keeping a close eye on the news unfolding overseas. He was immediately moved when he saw the gut-wrenching image of Alan Kurdi, a 3-year-old Syrian refugee whose body was found washed up on a Turkish beach in September 2015.

Shortly after seeing the heartbreaking image, Faircloth came across a story about CTF founder Cristal Munoz-Logothetis, a California mother who collected used baby carriers and supplies for refugee families. That night, Faircloth sat up in bed and abruptly reached out to Munoz-Logothetis on Facebook, volunteering his help.

“After going back to bed, I remember asking myself, did you really just agree to help a bunch of moms collect baby carriers for Syrian, Afghan and Iraqi refugees?” he reflected in a CTF fundraising post. “I can’t explain precisely why I felt compelled to contact Cristal at that late hour of the night. I just did.” 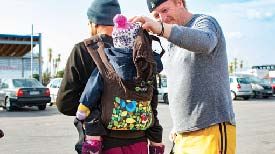 Faircloth would go on to become the CTF Colorado state coordinator and now the Midwest regional director, regularly storing up to 300 baby carriers in the guest room of his home. Finally, in March, Faircloth traveled to Athens, Greece, with a group of CTF volunteers who brought with them 1,200 baby carriers.

In Greece, Faircloth split his time between handing out more baby carriers dockside and assisting volunteers in the Hellinikon Olympic sports complex. Walking around what was once the site of the 2004 Athens Olympic Games, Faircloth helped distribute relief supplies to the 3,000 refugees calling the venue home. Between volunteering at the dock and sports complex, Faircloth took the time to connect with each refugee family he met. 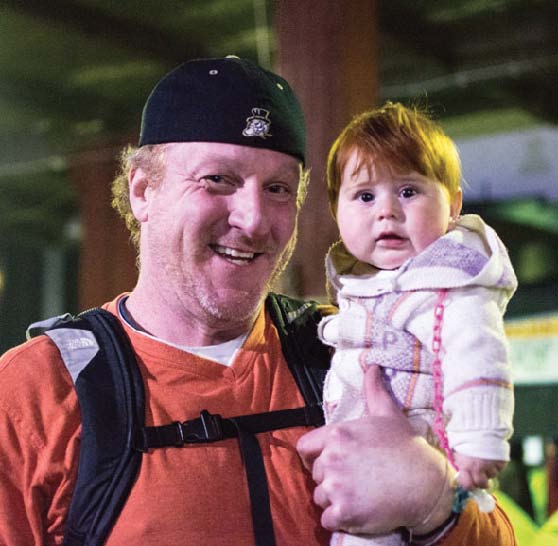 Woody Faircloth holding a refugee named Zada, with whom he bonded over their red hair

Among the luggage bags filled with carriers, Faircloth brought with him a baby carrier that held special significance. Shortly after he began volunteering with CTF, he read about the loss of a friend’s baby, Carwyn, in utero. After reading about how the parents said goodbye to their stillborn daughter, Faircloth reached out to the couple, who didn’t hesitate to mail him the baby carrier intended for their child. 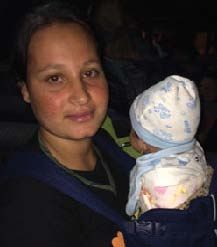 Faircloth would later write a post to them, explaining the journey of this particular baby carrier, as it traveled from his home in Colorado to Piraeus. “While you were never able to get the chance, I wanted to share with you the smile of a grateful mother who is now using your carrier to carry her child to safety,” wrote Faircloth, who had fitted Carwyn’s baby carrier to a young mother, arriving via ferry around midnight with her baby, born just weeks before in a refugee camp.

The mother and baby took a five-hour journey in a rubber raft, filled with both vacationers and refugees, to the Greek island of Lesvos before boarding the ferry to Piraeus, where Faircloth was waiting at the dock. “I also know without question that you both made a difference by donating your carrier,” he wrote, “and that you brought a mom and her baby closer together on an uncertain journey.” 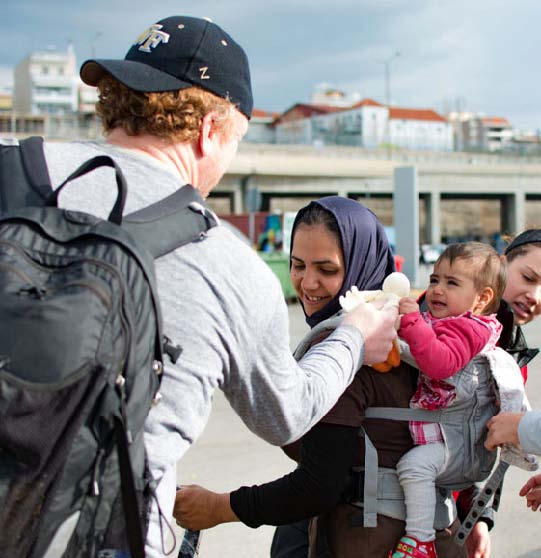 “Each of his stories had us fellow volunteers in tears, not because they were tragic, but because of the human connection that he was able to make with each family and child that was fitted with a baby carrier,” notes volunteer Rachna Bosci in a pitch to Denver news media. “He didn’t share a common spoken language, but he made raw human connections through the simple expression of humanity and compassion.” 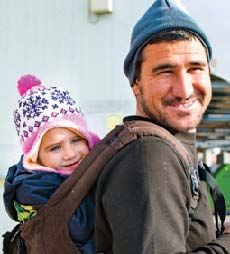 Faircloth’s passion for human connection and compassion that Bosci and the other volunteers so admire dates back to his understanding of his alma mater’s guiding motto, Pro Humanitate. “When I think of Pro Humanitate, I picture standing face to face with another human being,” Faircloth said. “Language is just a barrier to verbal communication, but when you stand in front of another human and look them in the eye, you can communicate compassion.”