“EDUCATING THE WHOLE PERSON.” On the surface, these four words ring like any other slogan: profound, promising, vague. Since leaving Wake Forest, I’ve come to better understand what educating the whole person really means.

My mother’s name is Kathy, and my father’s name is Reproductive Sample No. 119. I am the son of a loving single mother and an anonymous sperm donor. I always knew the truth about my situation, so I never experienced anger or feelings of neglect — more simply, confusion. Throughout my childhood, I would daydream. Is he a football star? An astronaut? Perhaps a senator? Eventually, the daydreams gave way to a new conclusion: my father’s identity would forever remain a mystery.

In the middle of high school, my mom’s computer pinged. A database built for connecting anonymous donors and offspring reported a match. Overnight, a donor number turned into a name — a name with a picture and a profession and a willingness to meet me. That is, if I were interested.

I was not interested. At 16, my interests boiled down to friends, school and sports; no room on the list for some guy who sorta-kinda-maybe might mean something to me. So I shut the door. With little to no reflection, I told my mom I never wanted to meet him. And that was that.

A couple of years later, I landed a spot at Wake Forest — the place promising to “educate the whole person.” Honestly, I don’t think I gave the slogan a minute of thought. If asked, I probably would have said it referred to those pesky divisional requirements.

Freshman year at Wake felt kaleidoscopic. New friends. Demanding classes. And navigating the labyrinthine aspects of college life (by this I mostly mean Tribble Hall). Yet along with the frenetic pace came quieter moments. Praying in an empty Wait Chapel. Running the Reynolda trails. Helping a fraternity brother process trouble back home. 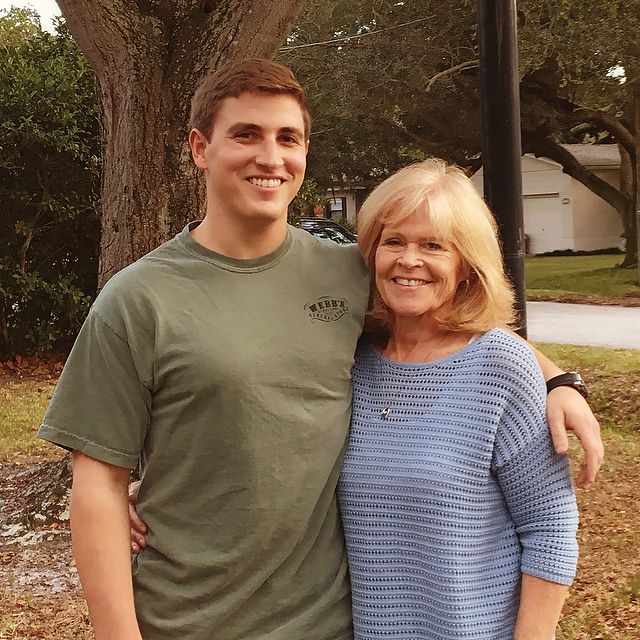 Jim O'Connell told his mother, Kathy, he never wanted to meet his father.

Four years later, I graduated and returned home to Tampa. Within a week, at the urging of a handful of very special Wake Forest friends, I wrote my dad an email. Paraphrasing only a tad, it basically said:

“Want to get coffee?”

We did. We talked about school, sports, his kids (my half-siblings) and his passion for medicine. It turns out he isn’t a football star, astronaut or senator. He’s a surgeon. Donating, he told me, helped him defray the cost of college and medical school.

After a little while, we said our goodbyes and wished each other well. On the long ride home, I found myself asking: had I not attended Wake Forest, would I have gone to meet him? It’s impossible to know, really. Yet part of me doubts it.

At Wake Forest, boldness — the facing of one’s fears, be they academic, entrepreneurial or familial — is the norm. I feared meeting my donor. For so many years, I let fear and doubt dictate my actions. What if it’s uncomfortable? What if he’s just so-so? What if he doesn’t live up to my childhood dreams?

Wake Forest — the people and the ethic of boldness coursing through our campus — encouraged me to face that fear. In doing so, I learned that it was not my father’s absence that mattered, but my mother’s presence. Her presence as well as the presence of family and friends, many of whom I met in college.

This, I believe, is the meaning behind the phrase, “educating the whole person.” It means inculcating in students not only ideas but also ethics. Ethics of boldness and friendship and honor. It is an education so total you don’t realize it’s happening until after it’s finished. It is, at bottom, an education of the soul, and it’s taking place right now.

Jim O’Connell (’13) majored in politics and international affairs. He recently completed graduate work in history and religion at the University of Oxford, where he studied as a Rhodes scholar. He now serves as CEO of the Vinik Family Foundation in Tampa, Florida.