What does it mean to be well-educated and prepared for the future?
I think of four things. The first is practical, what employers say they want: the ability to communicate clearly, think critically, problem-solve and work in small groups of people who are not like you. Secondly, education helps one live a rich and fulfilling life. It’s deeply, personally enriching. It reminds me of the famous quote by Terence: “I am a man; nothing human is alien to me.” We see that when students explore new areas — whether it is literature, art, psychology — their world comes alive, and they get interested. Education provides avenues to the riches of the human experience and the wonders of human creativity.

Thirdly, one needs a sense of history and tradition. How can you understand American politics if you know nothing about the American experience? How can you understand Islam if you haven’t studied how it evolved over centuries? It is also about citizens. An educational community is a wonderful place to have people engage with perspectives different from their own, to clarify their own perspectives, to have them challenged and be able to defend them.

There’s a fourth thing, which I think higher education has a much harder time doing today, and it is character development. Author Yuval Levin talks about it. He says we have fewer and fewer soul-forming institutions. People are less committed to churches, synagogues and community organizations. Ours is a hyper-individualistic culture. How do people form deeply who they are and what they’re committed to and what their values are? I think there is a great role for higher education to work in that space. David Brooks has written about it. Students should come out of higher education knowing the traditions of the ancient world, the Christian world and other great religions to have a framework to think about who they are and what they want to be. If we don’t do it, our students aren’t enriched in the deepest ways.

From medicine to publishing to commerce, technological disruption has upset the apple cart for many institutions. How should higher education respond to these challenges to remain viable?
I am not worried that good colleges and universities are going to wither. They’re over a thousand years old. We see that at a place like Wake Forest; there’s more interest in coming here, not less. Students who have the ability to come here aren’t going to want to sit in the basement and take digital courses. That’s one side. On the other, education is being disrupted. You see it in professional education — MBAs and law degrees (offered) online now by good institutions. … Institutions have to focus on their core distinctives on the one hand — what makes them work? — but somewhere in that institution, and it may be even a separate sector, you have to be willing to experiment with new forms of education and be able to adapt. 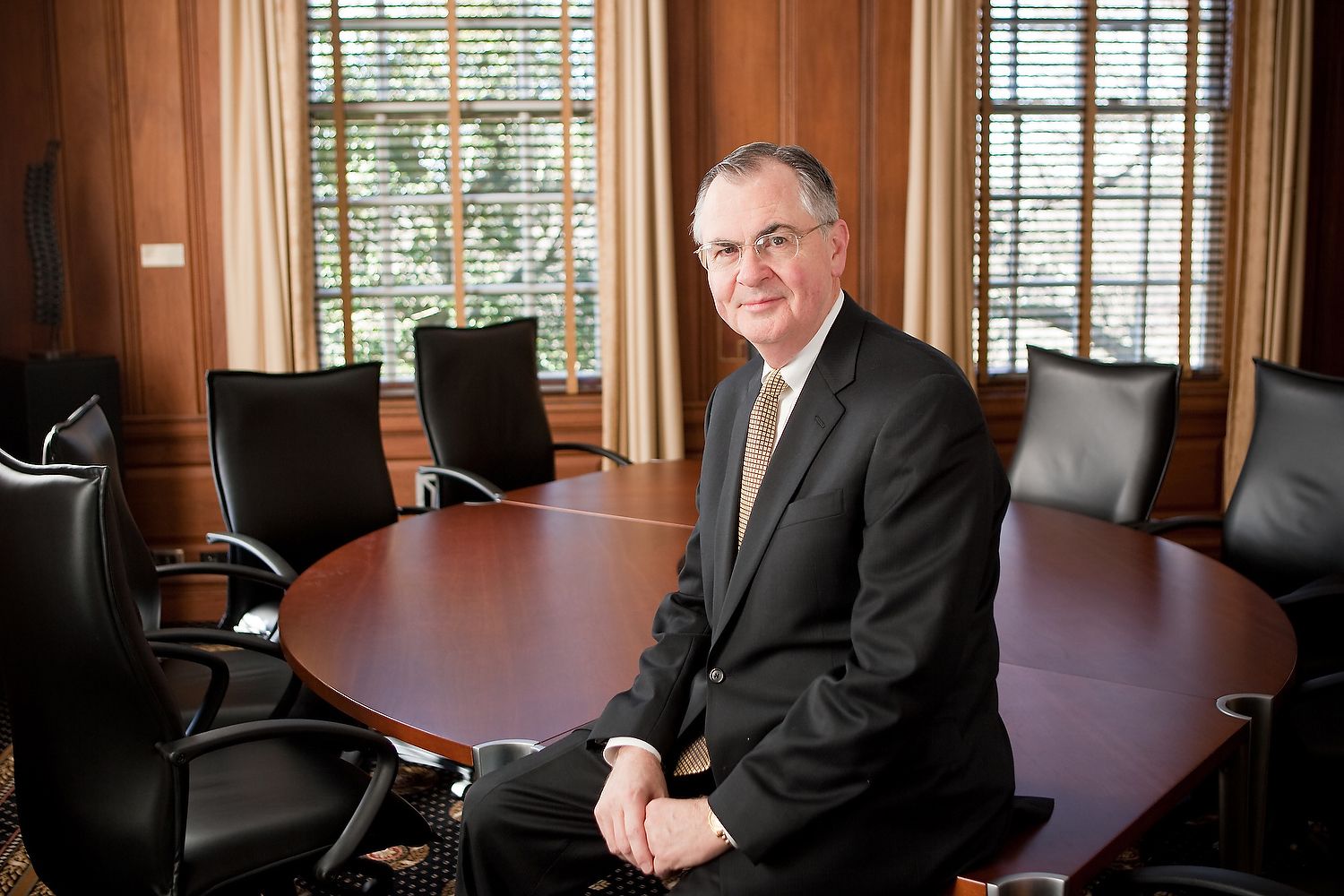 How do you think college curricula and teaching will be different in the future?
I think that’s the biggest change.

What is the value of having people together in the room? It’s not just one-way communication, although that can be a part of it. There are some people who are brilliant and charismatic lecturers. Being in their presence is better than watching them online. But I think the real value is the kind of engagement a class can have. Increasingly, on campuses, we’re seeing the classroom used for interpersonal engagement in small groups. You listen to a lecture (online) on your own, and you come together (in the classroom) and engage. Education is better when there is that kind of give and take. You really find out if people understand.

What trends do you see shaping the future of higher education?
I think there will be a sorting out of different kinds of institutions. In some ways that’s the beauty of American higher education. It’s not one thing created by the government. It is called a sector, but there are many different institutions. Some will have a hard time making it.

In a society where most institutions are under deep suspicion, higher education is still something that the United States does better than anyone else. Loyal graduates of institutions still have more faith in good colleges and universities than they do in most other sectors. I expect good institutions in this country to flourish, and I think you can see that with the sort of philanthropy that goes on.

There will also be great ferment in this sector. There is huge private investment now in educational ventures. There will be ongoing disruption. There is the trend of competency-based education in which you take a credit hour and you certify people when they know things. The government has said it is open to it in terms of accreditation. So I do think in the next 10 years you will see a lot of experiments in that direction.

“Ours is a hyper-individualistic culture. How do people form deeply who they are and what they’re committed to and what their values are?”

I do think at a place like Wake Forest and many other colleges and universities, our role in society has never been greater or more promising. We can be a community of learning which educates citizens, which helps young people come to terms with diversity, helps them clarify their values, make lifelong friends and, throughout life, identify themselves as graduates of an institution. In a society where other institutions have shriveled, in a sense the role of colleges and universities has never been greater.

— As told to Maria Henson (’82).
The interview excerpts have been edited and condensed.