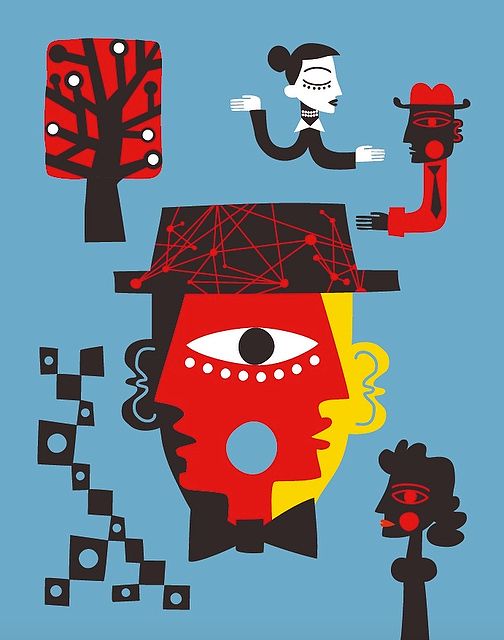 A study by three professors shows that for a set of Wake Forest students who learned the theory and practice of deliberation to enhance civic engagement, the effects were still present 10 years after graduation. These “Democracy Fellows” participated in a first-year seminar in 2001 called “Democracy and Deliberation,” and, from then until graduation in 2005, they participated in regular discussion of public issues using deliberative principles.

Among the findings, the longitudinal study shows that a decade after graduating, compared with a control group not exposed to the principles, the Democracy Fellows expressed a multilayered view of citizenship that emphasizes participation and being informed, more willingness to talk with those who don’t share their beliefs and a view that they can have a say in what government does. They also adapted the principles of deliberation for use in organizations in their own lives — from medicine, religion, education and the workplace. 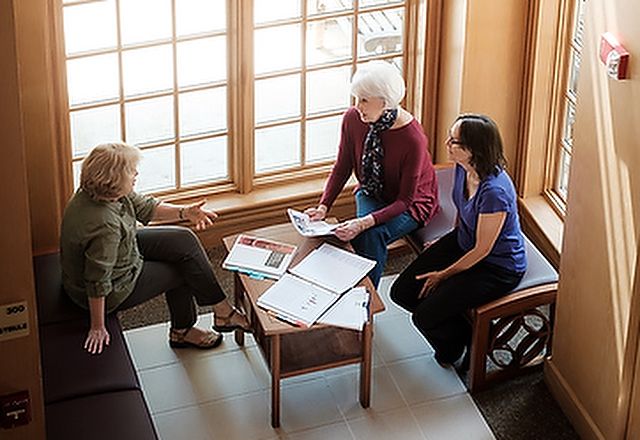 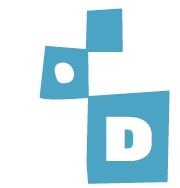 AVID MATHEWS, president and CEO of the Kettering Foundation, a nonpartisan research foundation that focuses on what it takes to make democracy work, lauded the findings of the research, which Kettering helped fund. “In today’s political environment I don’t think you have to spend much effort to make the case that we need a more deliberative citizenry that’s capable of making sound decisions,” Mathews said. “And the significance of the Wake Forest project is that it shows exactly how you can develop a deliberative citizenry by what’s done in college and that what’s done in college has lasting effects.”

Communication Professor Jill McMillan, now retired, and Katy Harriger, professor and chair of the Department of Politics and International Affairs and director of the University’s Wake Washington program, taught the 30 students in the seminar. They conducted an initial study at the end of the Democracy Fellows’ four years. The pair then returned to the topic, exploring whether there were lasting effects 10 years after graduation. They teamed up to do the long-term study with Christy Buchanan, a developmental psychologist interested in civic development who serves as senior associate dean for academic advising, and then-graduate student Stephanie Gusler (MA ’15). The three professors were heartened by the level of civic engagement and tolerance for different viewpoints they found in the alumni who had been Democracy Fellows.

Calling the results “a magic bullet” for today’s political climate would be going too far with the data available, Buchanan says. “But it certainly can’t hurt to have more of our young adult citizens able to think in more complex ways about problems that face our communities and about their role as citizens in those communities, to have more young adults who can talk in productive ways across differences with people … as opposed to withdrawing, being angry, yelling at each other, bullying each other, just being uncooperative.”

"In today's political environment I don't think you have to spend much effort to make the case that we need a more deliberative citizenry that's capable of making sound decisions."

Researchers found and surveyed 20 of the 30 original Democracy Fellows and compared responses to a control group of 20 Wake Forest alumni who had been students at the same time, had the same majors and same demographic characteristics. Both groups disliked the degree of polarization and the role of money in politics. Beyond that there were notable differences. A few examples: As compared with the class cohort members, Democracy Fellows had a more complex and communally focused view of citizenship, such as running for office and being part of a larger community where they could help solve problems. The class cohort members were more likely to speak in legalistic terms about citizenship, referring to residence or place of birth, and to say they would pay attention to politics to protect their own interests. Democracy Fellows were more likely to express respect for the views of those with whom they disagreed and more comfortable talking with those who didn’t share their beliefs. They were twice as likely to emphasize the importance of being informed as a responsibility of citizenship. They were more likely to mention “curiosity” as a reason to talk to others about politics and less likely to mention “confirmation” of their own views as the reason. 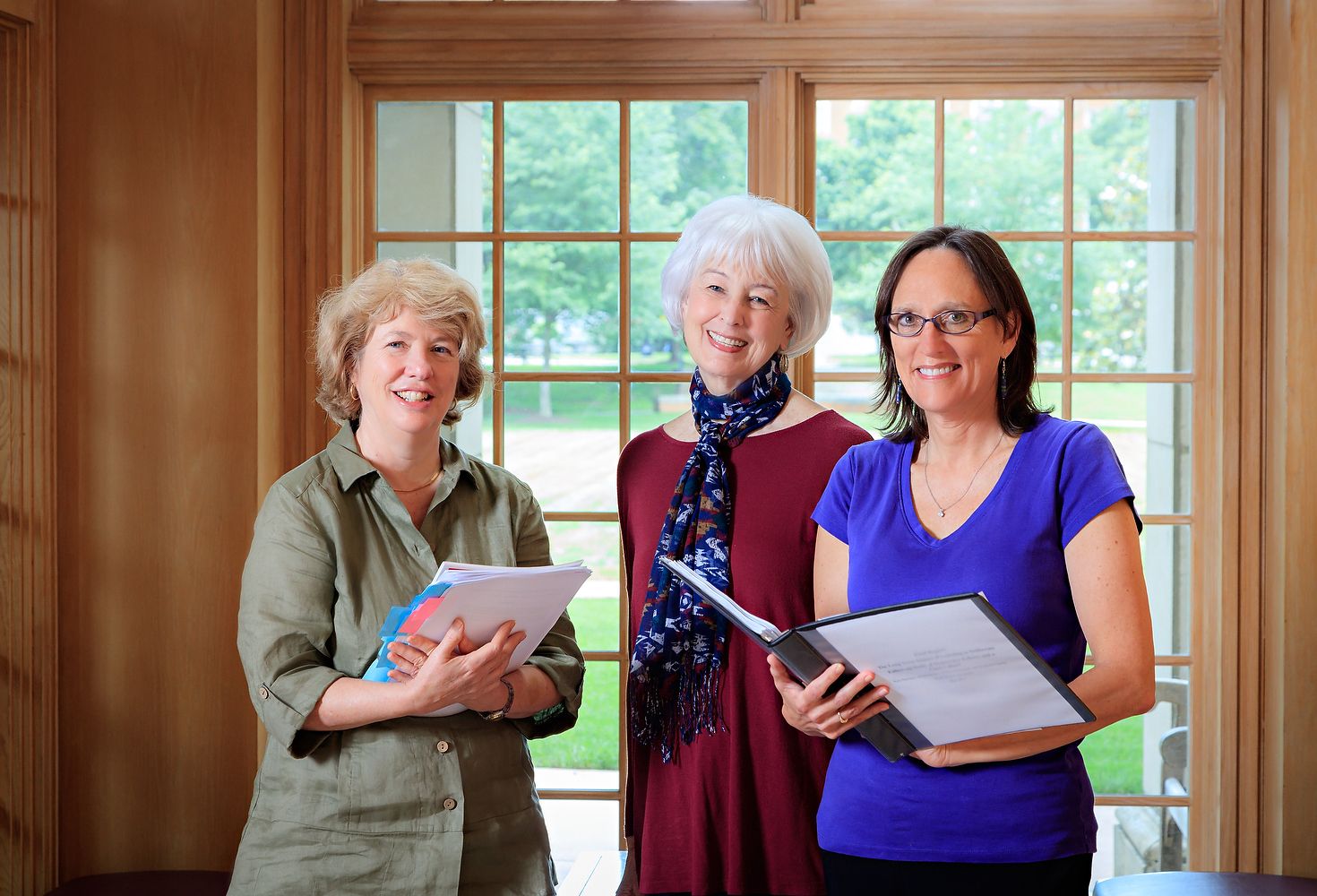 “Despite their dislike for the way the system works, Democracy Fellows had not given up,” says Katy Harriger (left), with Jill McMillan (center) and Christy Buchanan.

ARRIGER SAYS the researchers thought it possible that the former Democracy Fellows would be so demoralized by the polarized political climate 10 years after graduating they would label deliberative democracy “pie in the sky.” But that was not the case: “It had given them some tools of resilience in an unpleasant political context. It’s not like they’re starry-eyed and don’t see what’s wrong, but they haven’t given up on it.”

Jamayan Watkins (’05) of Chicago, who works in the U.S. Labor Department, was one of the fellows and a trained debater. He told Wake Forest Magazine, “I learned to listen, find common ground and build towards something greater” on campus and in Winston-Salem. Today he uses the skills helping federal contractors meet their obligations in their equal employment practices and in his personal life, where he says, “I have personally grown by understanding different points of view than my own; you don’t get that with debate, you get that through listening. True deliberation takes courage to be willing to have your mind changed.”

Angel Hsu (’05), an assistant professor at Yale-NUS College in Singapore and the Yale School of Forestry and Environmental Studies, is a former Democracy Fellow who says she uses the deliberative principles in her classroom. The program “taught me how to engage in conversations — often difficult ones — and be able to understand different perspectives and be able to ‘agree to disagree.’ ”

Her comments echoed what professors emphasize. Deliberative dialogue, says Harriger, is recognized as “a way we should talk to each other when we have difficult things to work through.” McMillan says deliberation has “no bells and whistles,” is not high-tech, yet provides a model of conversation that accommodates differences.

"True deliberation takes courage to be willing to have your mind changed."

Beyond the Democracy Fellows group in 2001-2005, the deliberation model has been used in three campuswide deliberative dialogues about campus culture in recent years. Some first-year students are learning deliberation principles this fall in a course called “The College Transition.” (See “What’s Next” below.)

For his part, Mathews, who has spent decades studying civic engagement at Kettering, points to the study’s spotlight on citizenship as a collective act. The findings are encouraging in that “young people are not only learning how to talk with other people about decisions, but they are discovering in themselves the power that can come from combining their voices. They’re learning how to join forces with people who aren’t necessarily like them or may not like them,” he says. “Nonetheless, they can come together and deal with common problems even though they aren’t in full agreement, and that’s very significant in today’s environment — the recognition that politics is not just what politicians do, that there are opportunities in everybody’s everyday life to make a difference politically.”

A PRIMER ON DELIBERATION

Retired Professor of Communication Jill McMillan calls deliberation “a model of talking with one another that accommodates differences.” When they were students, Democracy Fellows were asked to consider an even-handed presentation of an issue and to follow a set of guidelines “that mandates hearing each other out” and “telling each other personally how any issue — political, social, organizational — has affected them.” The model, McMillan says, carefully examines the dominant perspectives residing in public consciousness and discourse. It asks that the participants consider “not just two sides, not just up or down, but the multiple, complex ways” that social issues affect them and others who might not be represented at the table. The hope is the conversation will reveal shared values because those become common ground for action.

Deliberation distinguishes itself from other dialogic models because it is ultimately an action-based model, McMillan says. “I call the final group task of going from shared values to action ‘creative cobbling’ because it often entails choosing the best aspects of several perspectives to construct action steps that participants can live with,” she says. “The glue that binds that creative cobbling is common values. There’s nothing new or different about this: Aristotle talked about the importance of common ground. In its simplicity and in its ethos, this is a model that the students seemed hungry for and apparently have found utility for.”

Ten years after graduation, she says, the Fellows’ adaptation of the deliberative dialogue principles in their adult lives “has become more ubiquitous and more profound.”

Deliberative dialogue skills form the foundation of a new course this fall called “The College Transition.”

About 200 first-year students are being taught the skills and how to apply them in areas administrators hope will be relevant to their lives. Its goals are to help students entering college know more about how to achieve academic success, wellbeing and good relationships in the community, says Christy Buchanan, a developmental psychologist and senior associate dean of academic advising who teaches the course. Politics Professor Katy Harriger, also teaching one of the classes, said questions driving the effort included “How can we help our students get these skills early on, and as we’re calling it, how do we live in community?”

The results from the longitudinal Democracy Fellows study and the development of the new course “happened in parallel,” Buchanan says. “The original impetus for the course was not about citizenship, … but we realized as we were developing it not only that deliberation could be a good way to get students talking about these issues, but given the results we were getting from the Democracy Fellows that this would also be a place that we put deliberation” — with enhanced citizenship as a potential byproduct.

Topics for possible deliberation include alcohol use, the value of liberal arts and how to appreciate diverse experiences and talk about them, Buchanan says. The goal: “that everybody coming into our Wake Forest community feels valued and important and can engage in productive conversations and productive support of one another.”

Given the Democracy Fellows study findings, she says, she and the researchers felt obligated to build more deliberative dialogue into students’ experiences at Wake Forest. “It’s kind of like when you find a medicine that works, and then it’s unethical to withhold it from people who might be at risk of a certain illness,” she says.