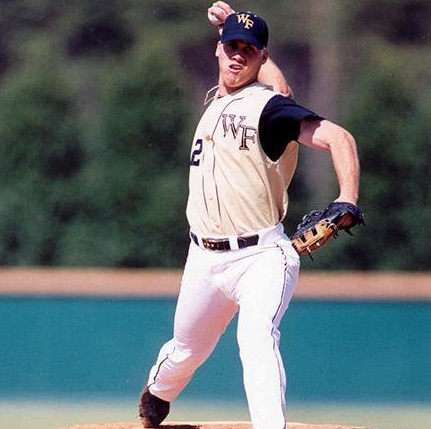 Dave Bush was inducted into the Wake Forest Sports Hall of Fame in 2014.

Bush holds up a radar gun to record one prospect’s speed. He observes the player’s delivery motion and the spin he puts on the ball as it leaves his hand. Later, Bush will share his notes with coaches and other player development officials, and by the end of spring training he’ll know who should be cut, who will be sent to which level of the team’s Minor League organization and who bears consideration for a job with the parent club.

But Bush’s job entails more than eyeballing potential players. Using TrackMan, a radar-based machine that measures everything about a pitcher’s performance, the 2001 First Team All-ACC selection and ACC Tournament MVP will translate those numbers into concepts so pitching coaches can then work on sharpening strengths and eliminating weaknesses. “I can’t just hand someone a big binder filled with numbers and expect him to understand what they’re trying to achieve,” he says. “Every pitcher is different, and I’ve got to help each one develop in an efficient way.” 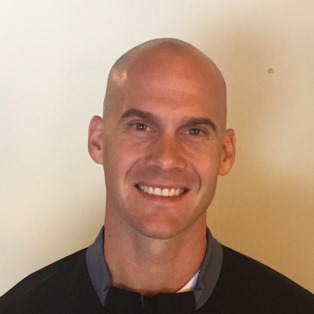 Numbers don’t always tell the whole story, adds Bush, hailed as the greatest relief pitcher in Wake Forest history with a career record of 15-8 and 38 saves. “One of the challenges of player development is trying to find that ‘something’ that doesn’t fit easily into numbers. All the stats in the world don’t make better players. Some guys have the drive, some don’t. And there will always be hits and misses – that’s the nature of the player development system.”

Once the regular season gets underway on April 3, Bush will begin visiting various Red Sox Minor League teams to work with pitchers. In his new role of teacher, he’ll draw on things he learned while playing for former Wake Forest baseball Coach George Greer.

“I was a catcher. I wasn’t a very good hitter, but I had a good arm, and I could throw.”

After his junior year, the Tampa Bay Devil Rays chose Bush in the fourth round of the 2001 amateur draft, but he elected to stay in school and graduate. The following year, the Toronto Blue Jays took him in the second round, and he played in the Major Leagues for nine seasons. In 2012, he spent a season in Korea, where his team went to the Korean World Series but lost in six games. He retired in 2013 “to take a break,” then unretired two years later, taking a job with Major League Baseball as an international coach and traveling to China to teach youngsters the sport. He joined the Red Sox in December 2016.

Before heading back to the field to watch another prospect, Bush says he’s enjoying his new job. “So far, this is more fun that I thought it could ever be,” he says. “It’s a lot of fun watching over others and helping them find success in the same way that I had help when I was a developing player.”

Benjamin Gleisser is a freelance writer living in Toronto, Canada.