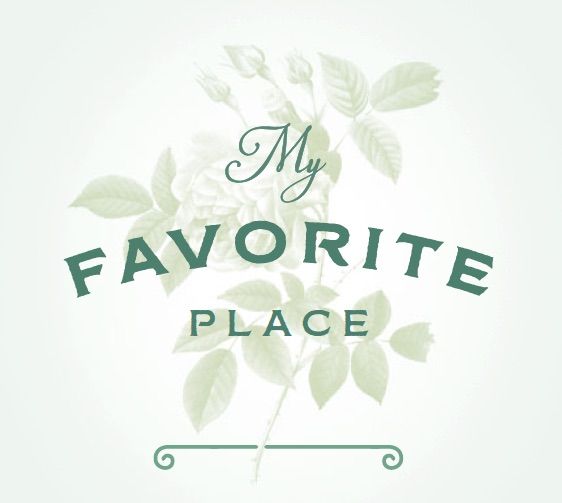 “There is A TREE-LINED ALLEY ON THE SOUTH END OF THE FORMAL GARDENS that has always been special to me. When you leave the gardens on that side, you pass under one of the Japanese gazebos and enter a cozy, enclosed path with a wooden bench at the end, like you might find in many a traditional garden. But behind the bench is a log cabin, once the playhouse for the Reynolds’ sons Dick and Smith, and now a kind of rustic folly, a reminder of the agricultural source of Winston-Salem’s industrial fortune and a reminder that Reynolda was really in the country until the city grew up around it. It’s a touch of whimsy on the edge of a large formal garden, thumbing its nose down the long, proud axis containing gazebos, fountains and greenhouses.”

PHIL ARCHER (’03, MBA ’05)
Archer has worked at Reynolda House for nearly 20 years and is the Betsy Main Babcock Director of Program and Interpretation. 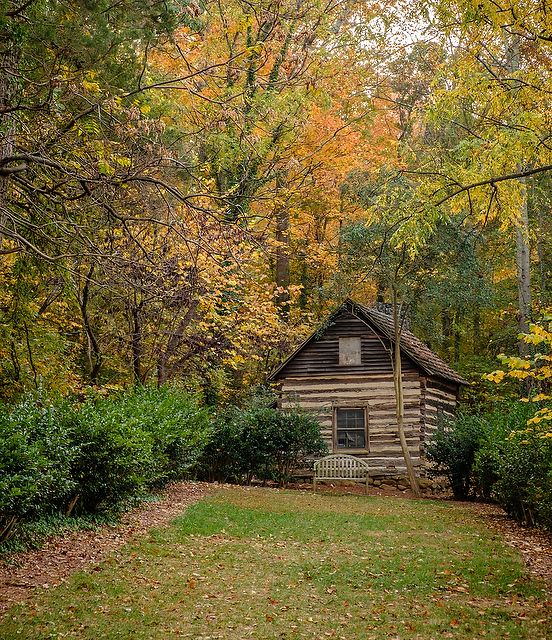 “I lived in THE BOATHOUSE for 12 years, and it is the perfect place to watch the seasons change: the stark beauty of the black willows in the winter; the sound of the peepers in the spring; the redwing blackbirds on the cattails in the summer; and the vivid colors in the fall. It is such a beautiful structure and interesting that its architecture is totally different from other buildings on the estate. We now use the boathouse as the primary Reynolda Gardens education space. The kids love it. It’s the perfect place to teach ecology of the Piedmont.” 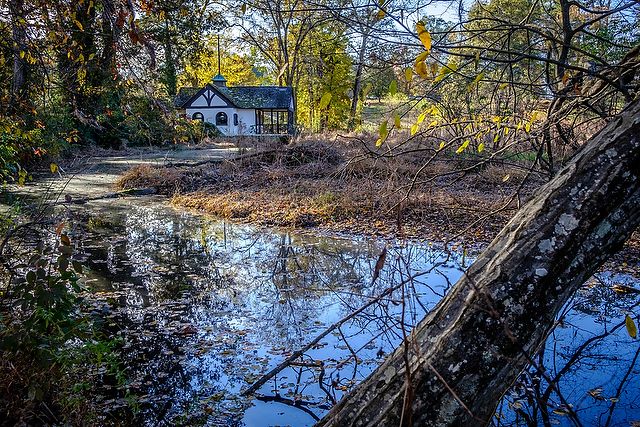 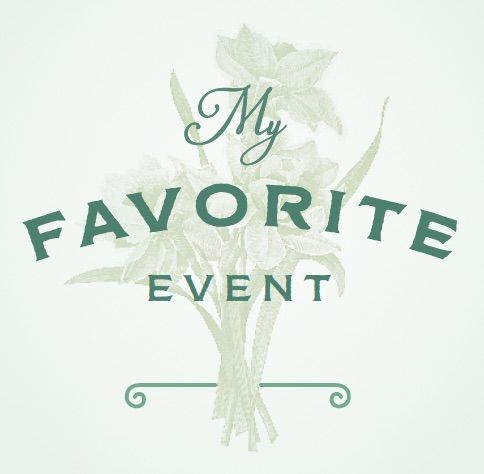 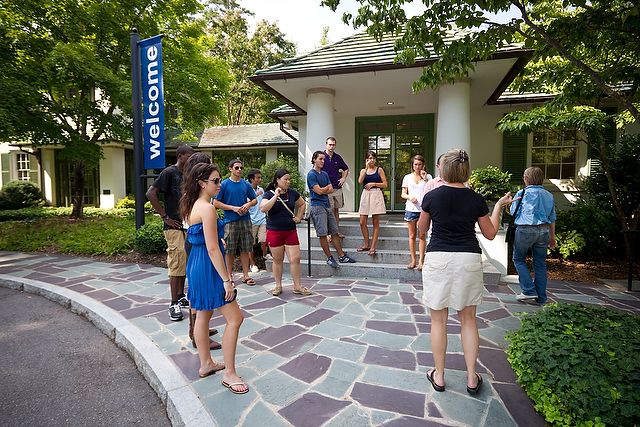 “New students in DEACON CAMP (during freshman orientation) are exposed to the history of the Reynolds family as well as the beauty of the estate and the art on the walls, and this often leads to four years of engagement with the museum. TASTE OF REYNOLDA showcases Reynolda House, Reynolda Village and the Gardens by having a progressive event that features the shops in the village, concerts in the gardens and programming related to current exhibits at Reynolda House.” 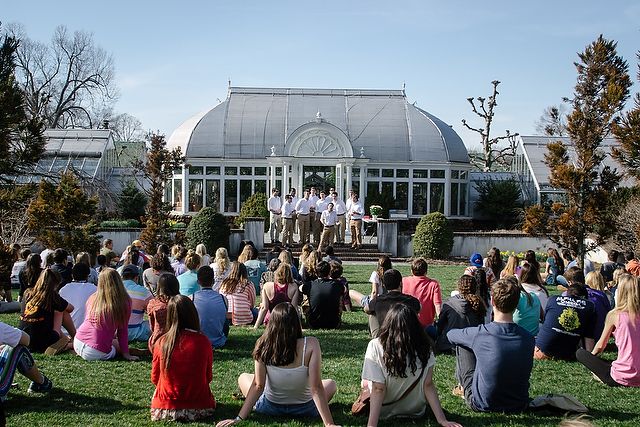 “At its heart, Reynolda House is a place of discovery. One fall day in 2010 I watched 1,200 students — the entire freshman class — stroll from campus through the woods to the museum. They studied the monumental painting ‘The Andes of Ecuador’ (1855) by Frederic Church, framed by red-velvet curtains replicating an 1857 exhibition. Undoubtedly the students discovered much that day, including the special connection between Reynolda House and Wake Forest. As a museum professional is quoted, ‘Museums are not collections of objects; they are ways of thinking.’ ” 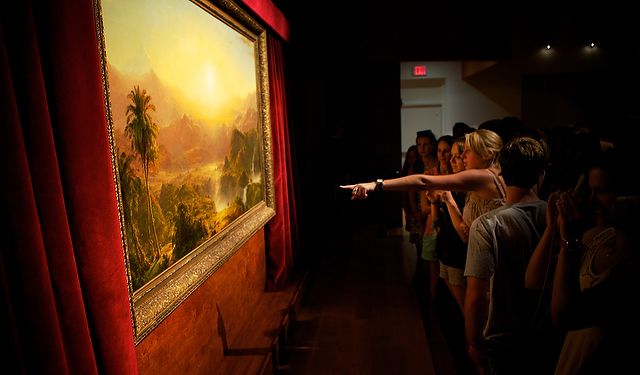 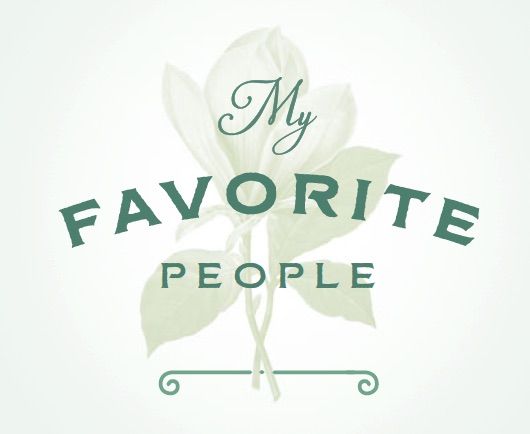 “Reynolda House seldom comes to mind without seeing the indomitable community arts icon NICHOLAS BURTON BRAGG (’58) holding forth in some fashion. Hand in hand, he and BARBARA MILLHOUSE (L.H.D. ’88, P ’02) collaborated for 30 years or more to put Reynolda House on the map. His heart always will beat inside and outside its walls.” 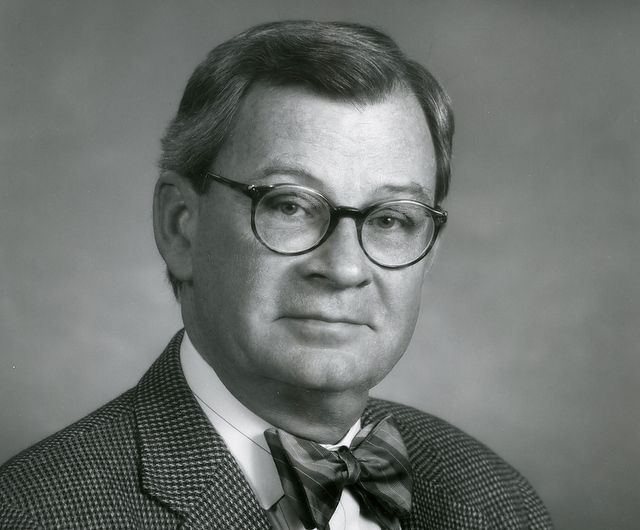 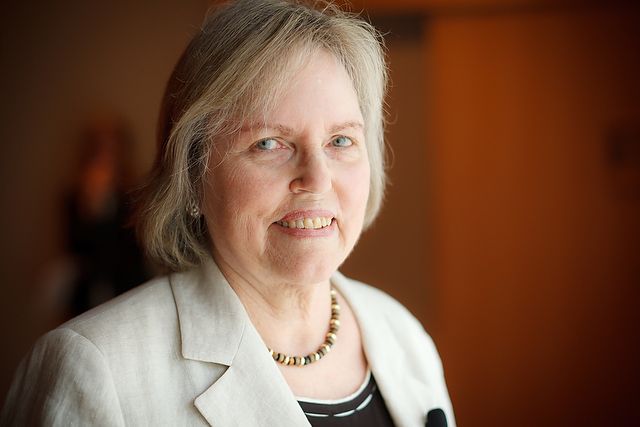 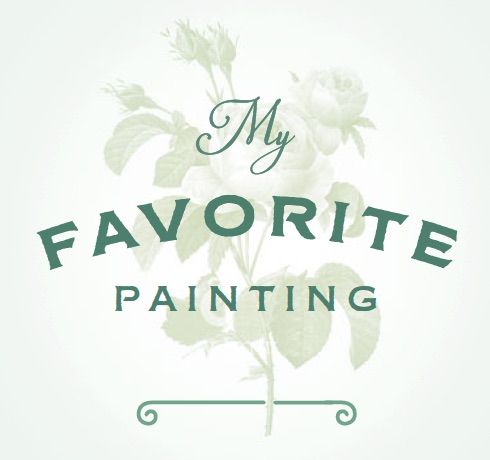 “WILLIAM MERRITT CHASE’S ‘IN THE STUDIO’ (1884) for its Impressionist brushwork, revealing glimpse of the artist’s studio, mysterious identity of its female subject and the questions it raises about Realism in art. I have found over the years that my American literature students benefit tremendously by seeing American art from the same periods.” 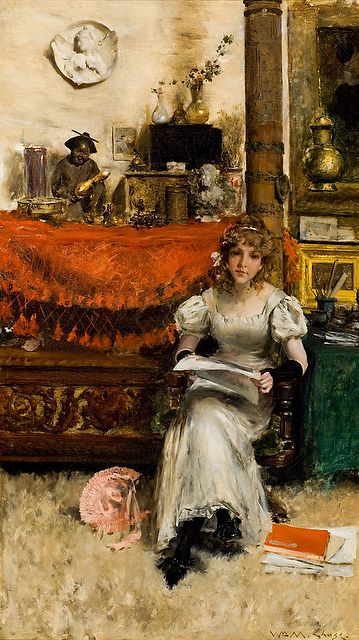 William Merritt Chase, In the Studio, circa 1884
Courtesy of Reynolda House Museum of American Art 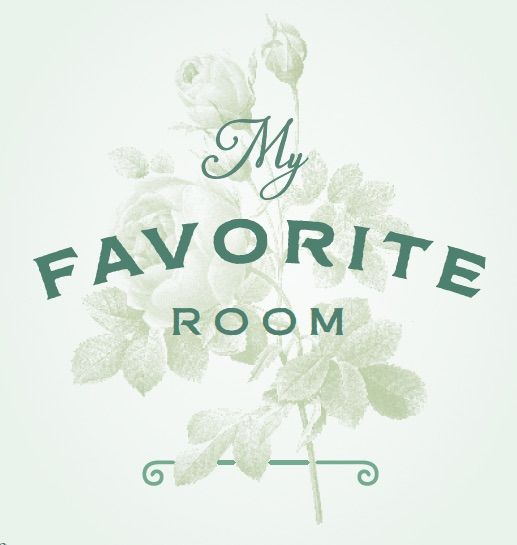 “THE RECEPTION HALL with its gallery, organ, double staircase built into the fireplace and the detail in the woodwork. It’s a large room, but there’s such comfort and peace in that room. Acoustically, it’s wonderful for concerts, plays and lectures. Part of the feeling of the room includes the Frederic Church painting, ‘The Andes of Ecuador’ (1855), that fits the room perfectly, and Albert Bierstadt’s ‘Sierra Nevada’ (1871-1873) on the balcony that pulls your eyes up.” 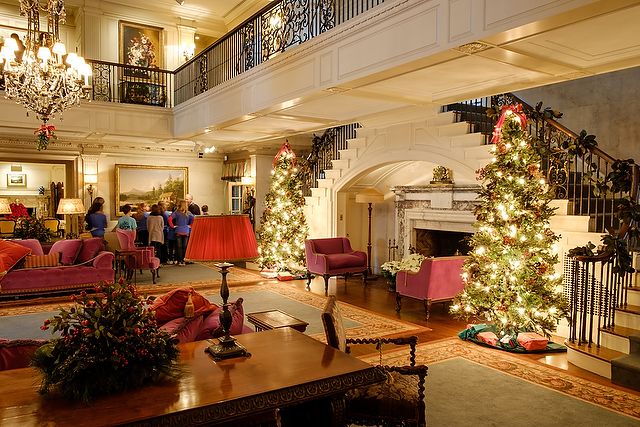 “Standing in THE LIBRARY, with its piano, soft chairs and fireplace, I often feel as if the family just stepped out a few days ago and will be back soon. Over the fireplace is one of the most subtle and ethereal works in the house, a painting by Lyonel Feininger called the ‘Church of Heiligenhafen’ (1922). In its planes of light refracted from forms that evoke the sea and a steeple, it suggests that there is always more to what we see around us every day if only we would look. And I think of that as perhaps the main point of a museum and what draws me back to Reynolda House again and again.”

THOMAS FRANK
Frank is University Professor and chair of the history department. He regularly brings classes on historic preservation, creativity and the arts to Reynolda House. 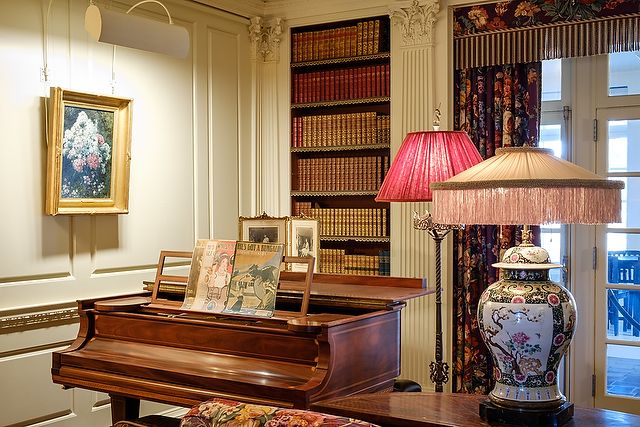 “THE BREAKFAST ROOM (the lake breakfast porch), at right. We have a 1917 photograph of it, but I never thought we would be able to restore it because we did not believe that we had the original furniture. I assumed that the breakfast room furniture that my family used was modern, because it was pickled and enameled white. When I compared it to the 1917 photograph, however, I was surprised to see that it was in fact the original furniture with the painted decoration removed. I found a computer graphic design firm in Winston-Salem that could determine the colors by examining the values (in the black and white photograph). Ivan Sahba recreated the checkered and foliage design on the chairs, table, consoles and valances. The design itself is important because it was inspired by the Wiener Werkstätte in Austria, the earliest modern workshop. Restoring this room was fun and unexpected. So much of Reynolda’s restoration has seemed like magic.”

BARBARA BABCOCK MILLHOUSE (L.H.D. ’88, P ’02)
Millhouse is founding president and board member, Reynolda House Museum of American Art. In 2005, she led the interior restoration of Reynolda House to its 1917 appearance. 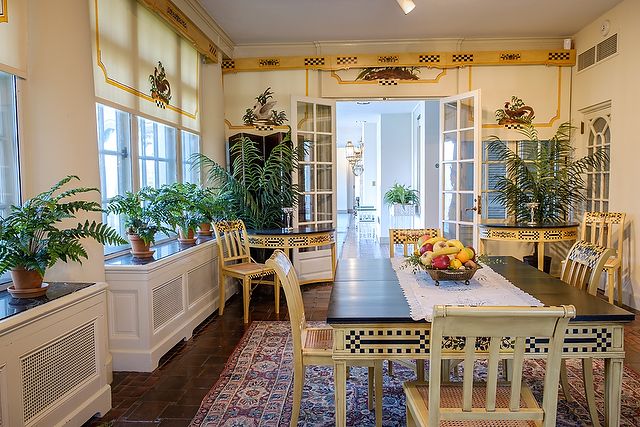 “THE RECEPTION HALL IN WINTER. As the days get shorter, by 4:30 the violet hour approaches. The sun is down and there’s just a little bit of light left in the sky. On those dark, short winter days that room glows from the illumination of the original light fixtures and the sconces on the wall. It’s almost like the room wraps its arms around you and keeps you safe. The one thing I’ve always wanted is to have a fire in the fireplace, but that will never happen, so I just imagine it.” 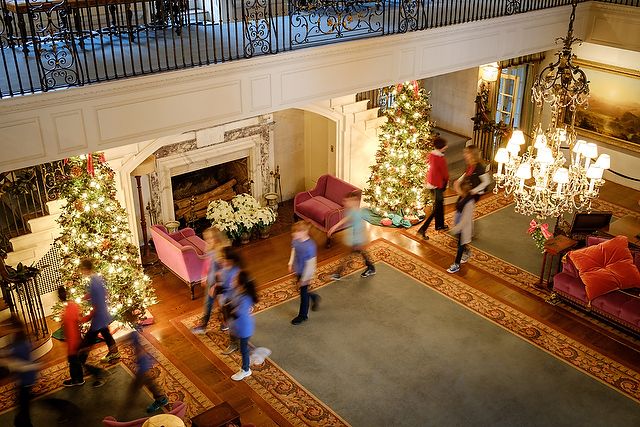 “I can sit in THE BASEMENT and go through the documents, the invoices, the letters, the photographs. Then I can go up one flight of stairs and walk through the spaces that this family lived in, that they made decisions in, that they looked at Winston-Salem and the rest of the world from. Then I can go up to the third floor and see the clothes that they actually wore — these beautiful, handmade, perfect, perfect clothes — and I can imagine them walking through these spaces, making these decisions. It’s an incredibly powerful experience for me.”

MICHELE GILLESPIE
Gillespie is Dean of the College and author of “Katharine and R.J. Reynolds: Partners of Fortune in the Making of the New South.”