Jacob Martinez (’13) was recently invited to address students at his old high school in Spruce Pine, North Carolina. Martinez told students at the Ceremony of Excellence program that failure is what inspired his success. “The risk of failure should not keep you from trying,” he said. “If we don’t try to do the hard things, we won’t get better.” Martinez, who majored in Spanish and business and enterprise management, works for Google in customer strategy and operations for Google Play in San Francisco. He talked more about failure, the professors who influenced him and his favorite Wake Forest memories in an email interview.

Most of us would rather talk about our successes instead of our failures. Why did you talk about failure?

My failures precluded all of the success I’ve had. They challenged me to learn more, work harder and most importantly to not let them define me. Failure has given me the freedom to take risks and push my boundaries, leading me to where I am today. Focusing only on success leads to something worse than failure: complacency. 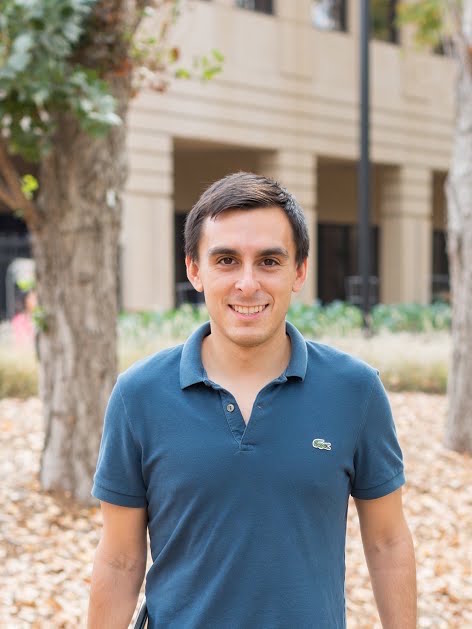 In your speech, you used the number 2 as an example that a temporary failure doesn’t have to become a permanent one. Why is that number significant to you?

“2” was the number I saw at the top of the first exam I took at Wake Forest, in calculus. The 2 points I think were for writing my name on the paper correctly. I got a tutor, attended extra classes and worked harder than I ever did in high school, and still failed the course. I spent my winter break studying pre-calculus to retake the course. My confidence was shaken. With (another) failure I wouldn’t be able to apply to the undergraduate business school. I passed the course the next semester and learned that I’m so much more than a test score.

You also use the number 120 as it relates to your work at Google.

At Google we have the opportunity to spend 20 percent (of our time) on projects in addition to our core role. 120 is a reminder that in order to be successful 100 percent isn’t enough. Giving 120 percent has made the difference in my life.

Can you talk about some of the professors or experiences that influenced you when you were a student?

I had strong mentors in Dr. Linda Howe (romance languages) and John Ceneviva (business). Both of them pushed me to be my best self both academically and personally. They allowed me to take on leadership roles in their courses that were critical in my personal development. They helped me build a confidence in my abilities that at the time I didn’t possess.

'Failure has given me the freedom to take risks and push my boundaries, leading me to where I am today.'

How did Wake Forest change you?

Another professor, James Powell, wrote that  “Pro Humanitate gives us a focal point and reminds us that human cultivation, human flourishing — that is our fundamental commitment.” A spirit of social responsibility and of lifelong learning are what makes Wake Forest special. I’ll always have those values with me.

Lifelong friendships from the classroom to pickup soccer games on the Quad to studying abroad in Salamanca, Spain.

While you’re reflecting on your past, do you remember any of the short answer questions from your admissions application in 2009?

Very interesting to find this response from my application (to the question: What outrages you?): “Unwillingness to accept others with opposing ideas outrages me.” That’s a relevant response seven years later. The ability to listen to opposing views and engage in a healthy discussion is powerful. Those who judge the motives and shut down conversations with others who view things differently diminishes us.

What advice do you have for incoming freshmen?

Don’t let the fear of failure or not being the best hold you back. How you react to hardships you face in the next few years will show you who you are. Show grit, take risks and, most importantly, enjoy your time at Wake Forest.