Revelations, by their very nature, occur at unexpected times in unexpected places. In the case of David Sonntag (’00), the unexpected place was on a boat and the time was during a first-year biology lab.

Sonntag, who grew up in Winston-Salem as son of Wake Forest School of Medicine Professor Bill Sonntag, entered college with every intention of majoring in biology and going pre-med. “I thought I liked it because I was good at it until I got in BIO 101 and realized it didn’t come naturally,” he said. That day on the boat he had zero interest in the task and wasn’t enjoying the experience. Instead, he was wrestling with that little voice — the one in his head telling him he wasn’t on the right path. 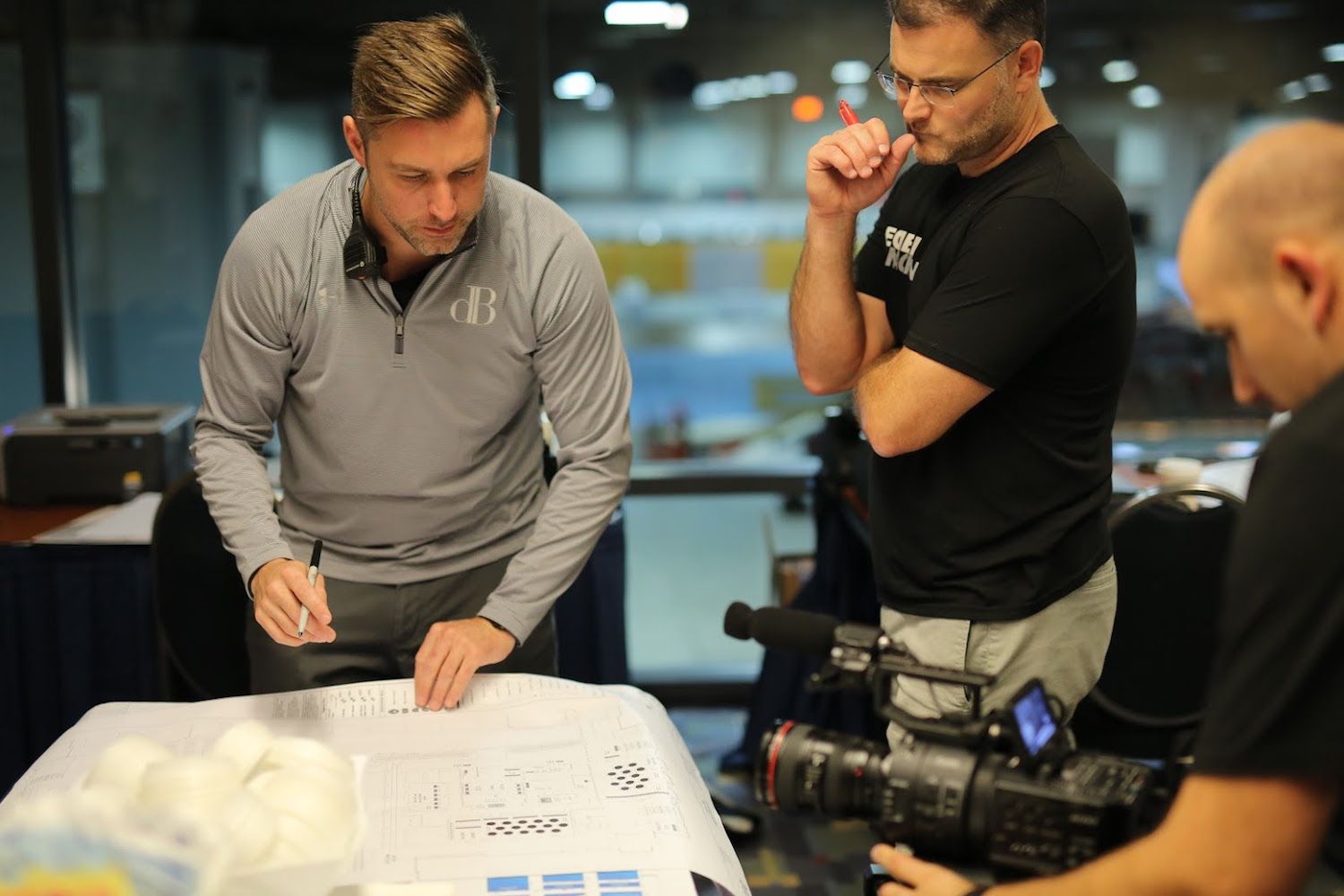 Sonntag (left) and his team are trained to expect the unexpected.

But in retrospect, he may have been. To fulfill his divisional requirements, Sonntag was taking an economics class with Professor Dan Hammond (’72, P ’08, ’09). “The concepts were making sense to me,” he said. “It was interesting and spoke to me on a lot of levels. It was my ‘Aha!’ moment. I knew early in my first year this was what I wanted to explore and switched my major to econ.”

A member of Sigma Nu fraternity and Deacon cheerleader, Sonntag graduated with a BA in economics and a minor in environmental studies. He went to work in homebuilding and event management for nonprofits, and that’s when he discovered his passion for marketing and public relations. Starting his event management career in 2001 as a vice president at FleishmanHillard in Washington, D.C., Sonntag founded and became CEO of Decibel Management in 2007. The company has corporate offices in Alexandria, Virginia, and Raleigh, North Carolina, where he resides. 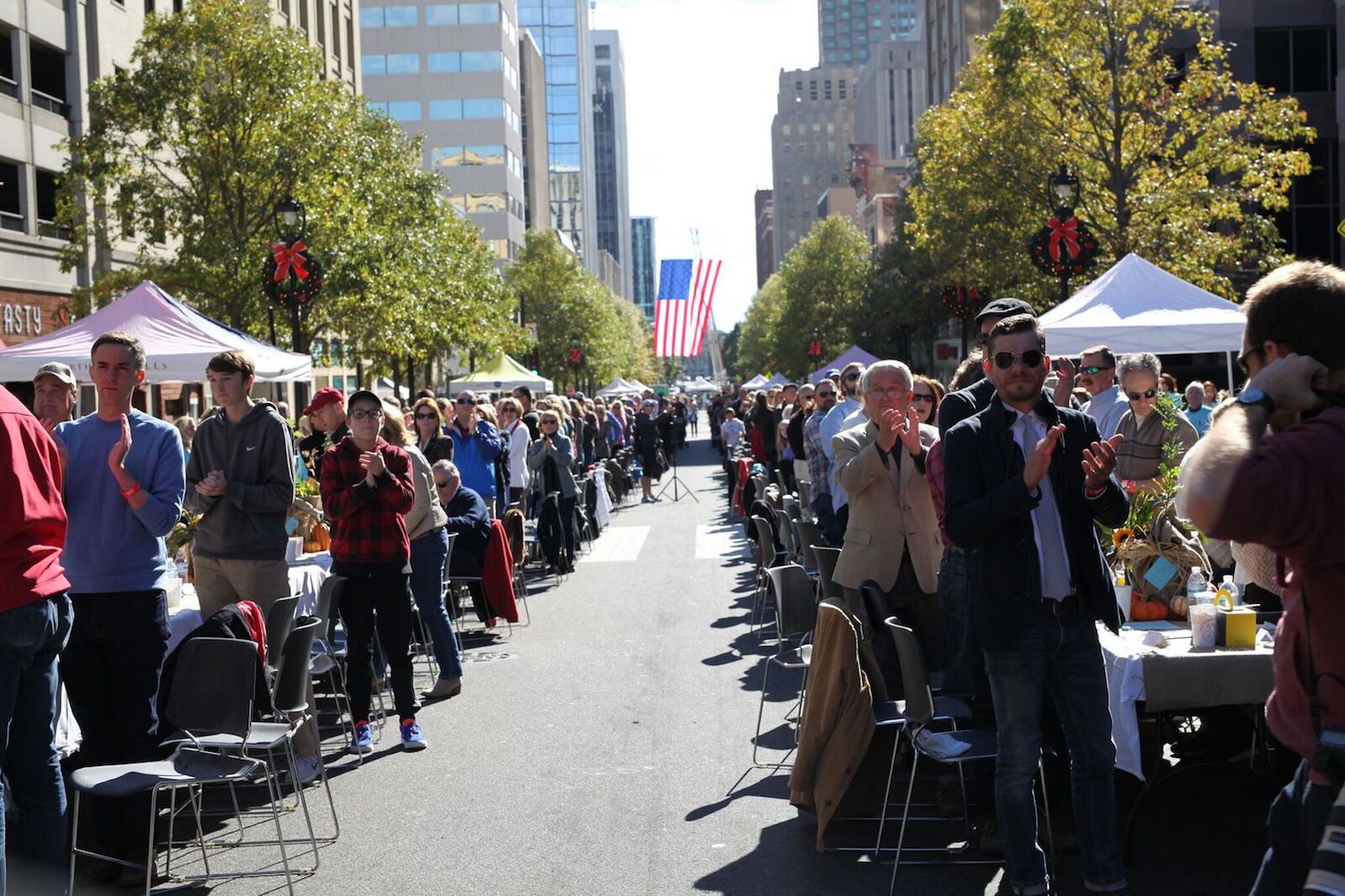 'You have to anticipate and be ready to call an audible,' says Sonntag.

His company is recognized for its expertise in large-scale corporate, government, political and cause-related event management and production. Recent projects include the National Book Festival, Cookie CARE-avan and Get Your Billions Back, America!

At Decibel, Sonntag and colleagues “take the client’s idea or message and craft it for them,” he said. “Then we bring the team together to execute it.” Many events involve make-or-break intricacies such as securing the documentation to host a White House event or understanding political considerations associated with supporting humanitarian relief missions in other countries.

Sonntag and his crew have a universal motto: 'Yeah, we can handle that.'

In November 2016, Sonntag was a driving force behind one of Raleigh’s largest community events, “The Sunday Supper: Fight the Floods with a Fork.” The idea was inspired by the Southern family tradition of gathering for Sunday supper. It grew into a dinner table for 1,000 stretching along Fayetteville Street in the heart of downtown. Food (North Carolina barbecue and fixins’), furniture and entertainment were donated, and staff volunteered their time. Ticket proceeds went to the N.C. Disaster Relief Fund to assist eastern North Carolinians affected by catastrophic flooding resulting from October’s Hurricane Matthew.

“We came in with site planning,” said Sonntag. “Where do the power and water run? What’s the crowd flow? Where do we put the beverage stations? The restrooms? If we do our job right, guests may never notice those details.” 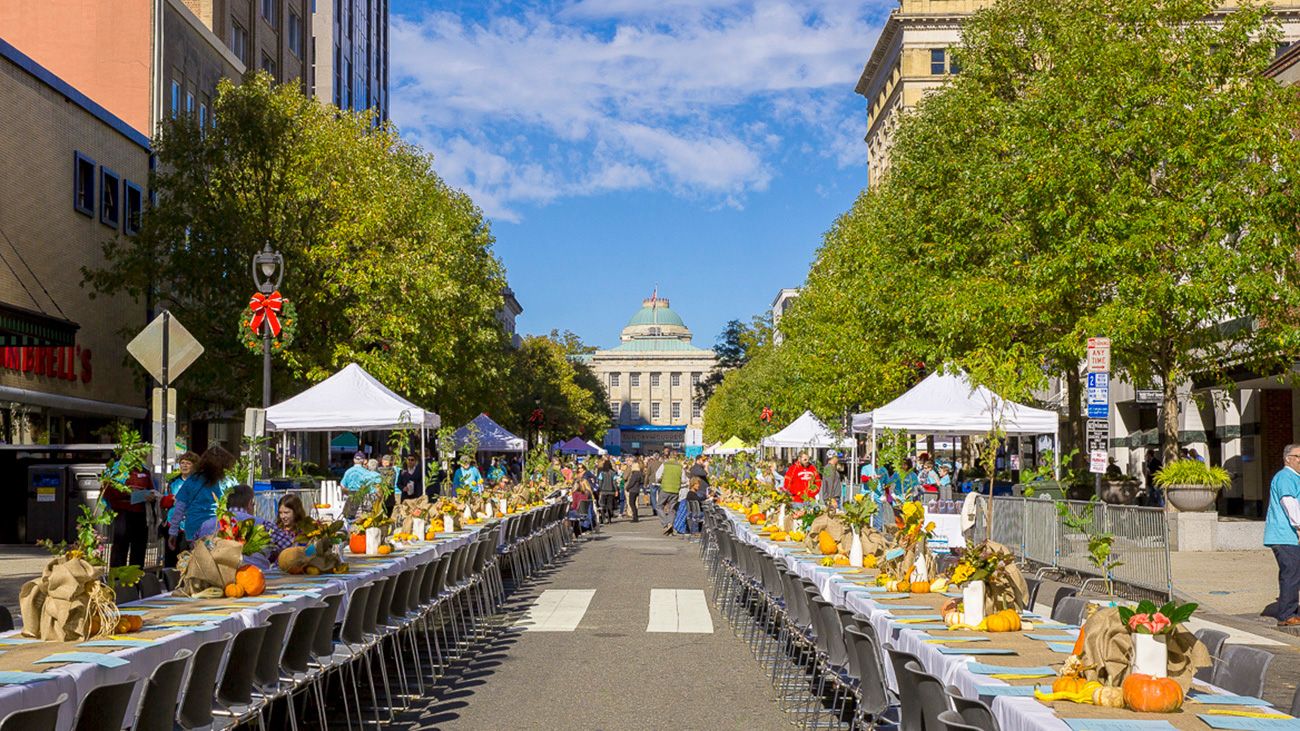 Each event has its own challenges, he said, and a universal one can be the weather. “We had to reroute a bus tour in Florida because of two hurricanes. We work with meteorologists in Oklahoma to track wind speeds, rain and lightning strikes.”

His crew always expects the unexpected when it comes to talent and speakers, especially in the nation’s capital. “When you’re dealing with congressmen/women or the administration you have to plan around their schedule,” he said, citing the example of then-Secretary of State John Kerry, who was scheduled to be on stage when he got a call from a foreign leader. “You have to anticipate and be ready to call an audible.” 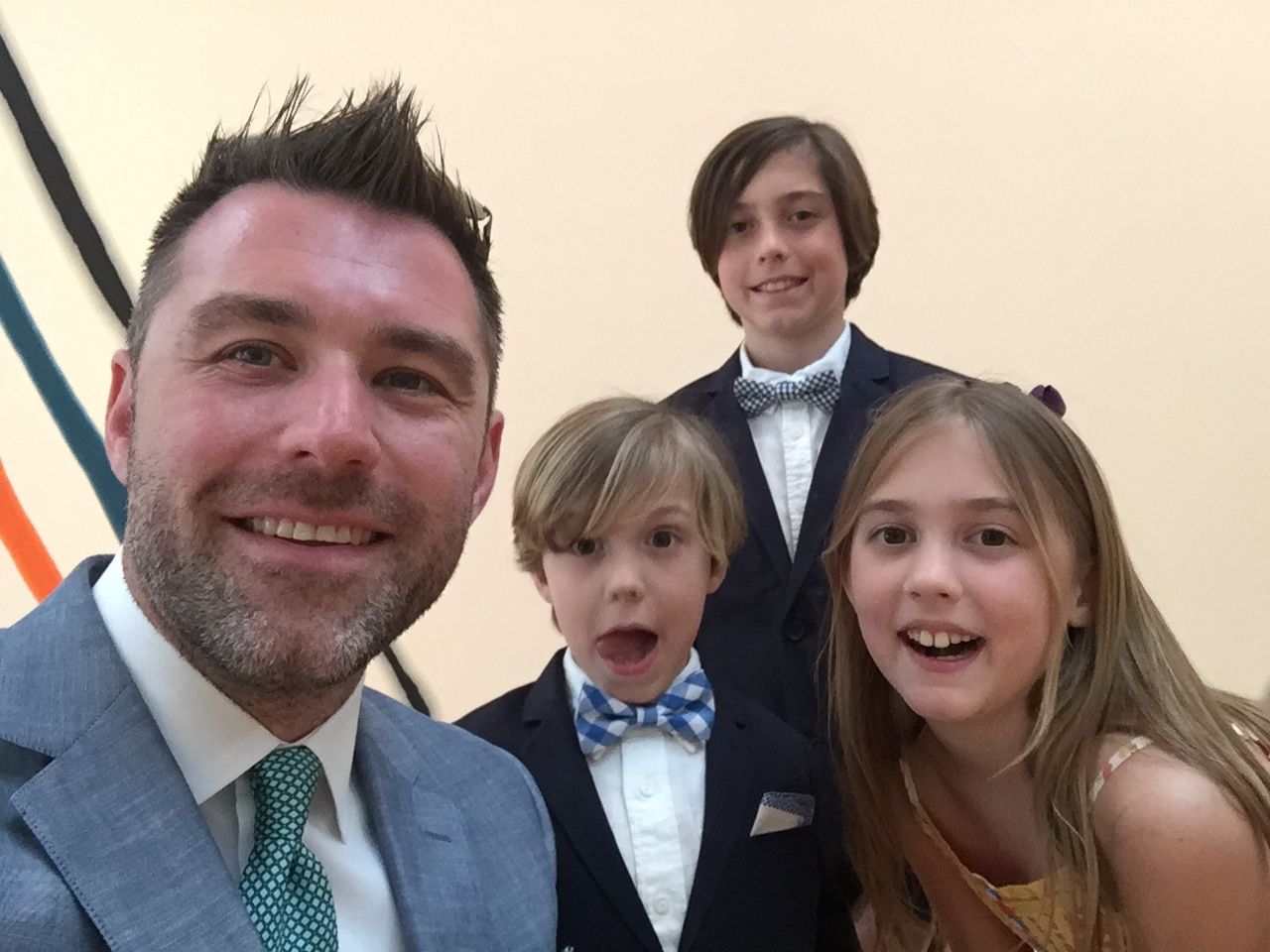 David Sonntag and his three children.

In May Sonntag was named to Triangle Business Journal’s 2017 class of 40 Under 40 Leadership Award winners, recognizing outstanding professionals for thought leadership, community contributions and industry innovation. The father of three is an advisory board member for Triangle Family Services and supports several local nonprofits.

His Wake Forest education, combined with the social aspects of being a fraternity brother and a cheerleader, gave him a good base for what he does now. “I didn’t grow up in Raleigh but I grew up in North Carolina, and I feel like a hometown boy,” he said. “I love this state and this city; it has given me a lot, and I want to give a lot back.”