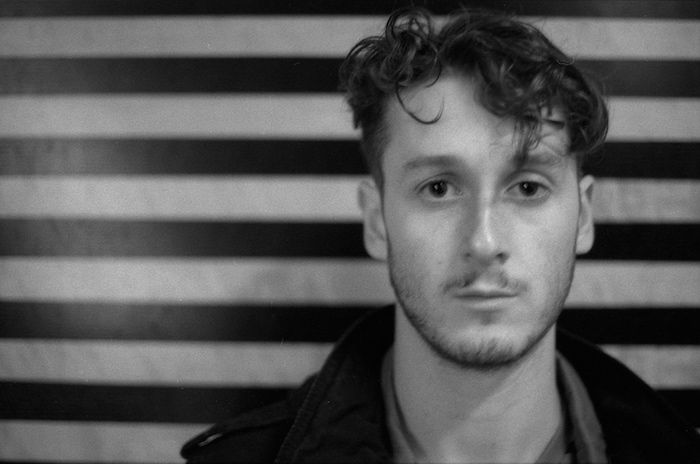 Third-place winner in the prestigious international Taylor Wessing Photographic Portrait Prize competition in 2016 for two images from his series,“Bei Mir Bistu Shein,” which feature Orthodox Jews around the world. The images hung in the prize show at the National Portrait Gallery in London. 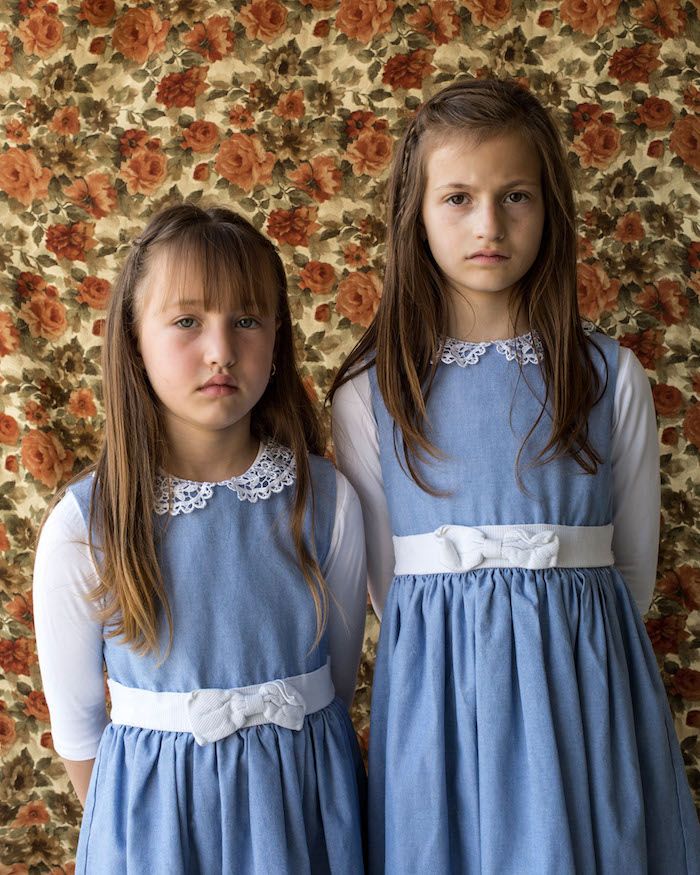 I entered this program — a master’s at London College of Fashion within the University of the Arts London — and I really found my identity as a photographer. Photography’s a great way for me to tell stories about myself and my identity. For my second project in my master’s program I ended up having this idea to photograph Orthodox Jews. Obviously, documentarians go to Israel or all over the world to photograph Orthodox Jews on a daily basis, but I felt there was nothing that really portrayed these people in a very up-close, intimate way. So much of contemporary society views them in a way that they’re almost alienated. On the one hand they’re very much a part of contemporary society — they ride the underground, shop in local supermarkets, have cellphones — but their customs and way of life are very ancient in the way they dress and in some of their customs. This series was a way for me both to portray that to the rest of the world and cope with my own identity of growing up in a Jewish household and a Jewish family, attending Jewish day school when I was younger. There had been a distance created between my lifestyle and the lifestyle of my ancestors in pre-World War II. It all culminated in inspiring me to do this series.

I reached out to the local rabbi in my hometown of Long Beach, California, and ended up photographing him and his family. They had extended family in London, where I was living at the time, and Israel as well, and I ended up making a huge project out of it by going to these different places and documenting different members of his family.

I came home for winter break and received a phone call really late at night. They told me that two of my images had been selected in the Taylor Wessing competition, and not only were they selected, but they were also shortlisted for the first-place prize. It was just crazy exciting news and very surreal to fathom. Both my images were on the first two walls when you walked into the exhibition (at the National Portrait Gallery), and it was just a great experience. Since the competition, the exposure has been incredible — to go from someone who one year wasn’t even sure what I was going to do, to a year-and-a-half later being in such a big gallery. There were so many articles and features written about it, from Vice’s i-D magazine, The Guardian, etc. I’ve had tons of interviews since then. 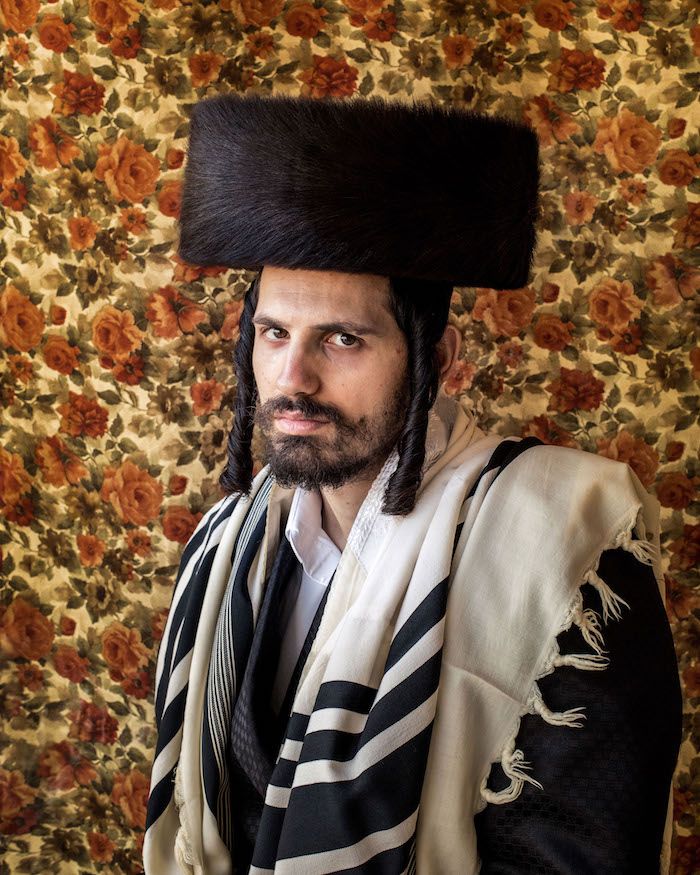 (The experience) taught me about individuality and honesty. You should never be afraid to be honest with yourself or be unique. I think a lot of artists, or people in general, feel pressured to fit in or do what everyone else is doing, whether using a certain type of camera or having images look a certain way. There are a lot of stigmas within the art industry, traps where people make sure they check off different things for their images. What I learned is that it’s really important to stay true to yourself and do what you want to do, what makes you unique and what comes naturally. At the end of the day that’s what people are going to relate to and that’s what’s going to make your work stand out.

There are some connections to the “Inside Out” installation at Wake Forest. We were getting very upclose and personal to these individuals from Wake and trying to expose who they were and simultaneously mesh these different groups of people together. With both (the Wake Forest and Wessing) projects there is a sense of optimism when you look at these photographs. The purpose is to feel optimistic. When you look at these photographs of the Jews you’re not supposed to feel serious or down, even though the expressions of the individual faces are very stern and sort of contemplative and emotional. The overall message of the project is a positive one. It’s displaying a group of people that are very passionate about their beliefs. It’s not supposed to demean them in any way. It’s supposed to do the opposite — highlight the things that make these people so close-knit and what keeps them going. Society can learn from those values. Not religious values but values to get families together.

As told to Maria Henson (’82). The interview was edited for clarity and brevity. Read the story about Konowiecki and “Inside Out: Wake” at bit.ly/2rhRxe4. 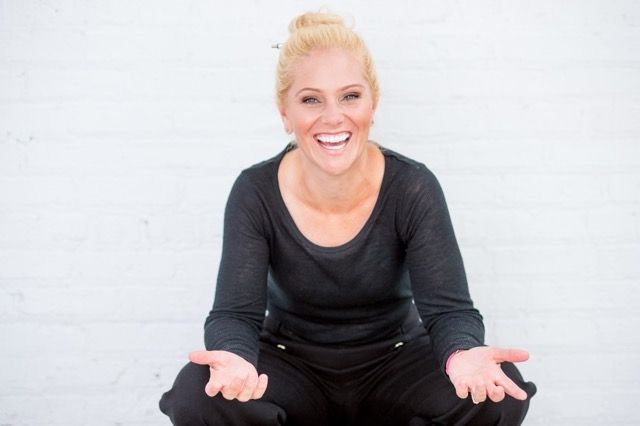 Mother, wife, former Wake Forest soccer player, Ironman and professional photographer who shoots fine art projects in addition to commercial work for clients including REI, American Express and 3M. Her “Strong Is the New Pretty” photo series, capturing “girls being themselves,” has led to collaborations with brands including Athleta, Kellogg’s, Oxygen and Girls on the Run. The project inspired her to launch a philanthropic arm of Strong Is the New Pretty, partnering with organizations that invest in girls’ health and education. Her book, “Strong Is the New Pretty: A Celebration of Girls Being Themselves,” published earlier this year and includes 175 images capturing the strength and spirit of girls being silly, fearless, wild, joyful, stubborn and proud. When she’s not photographing, Kate can be found coaching her daughters’ soccer teams. 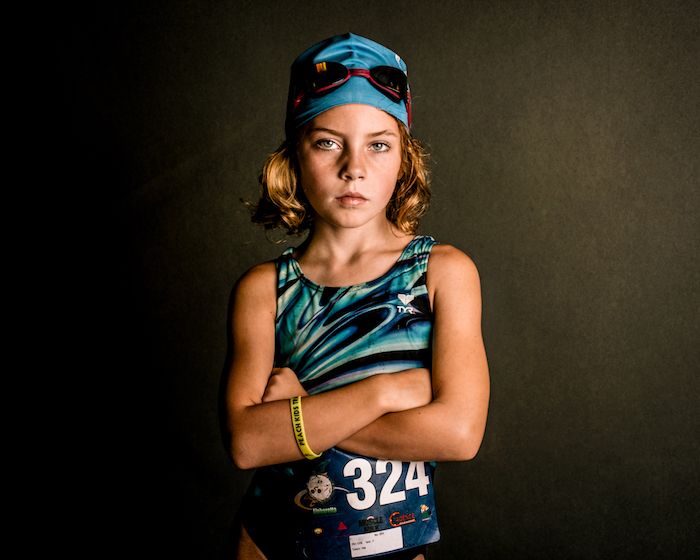 I started shooting when I had my girls, Ella and Alice. Back then I was working at CNN and was used to making things compelling on a screen. When I had Ella I stayed home and, like a lot of parents, picked up a camera to document my kids. I taught myself how to shoot and edit images. It took many years to get to the point where I was happy. I kept shooting and practicing and starting taking photos for other families. I noticed the images that were strongest were those where girls were allowed to be themselves — they were dirty, their hair not brushed, no shoes, often yelling … I didn’t want my girls to think that wasn’t OK or that they needed to change who they were for the camera. These images let them know who they were and that how they acted was beautiful.

I shared those images and they went viral. That started “Strong Is the New Pretty.” I’ve photographed more than 200 girls all over the country whose strength and beauty looked like it did in my girls. The photos expand the definition of beauty, power, strength and confidence. I’m honored to do that for girls. 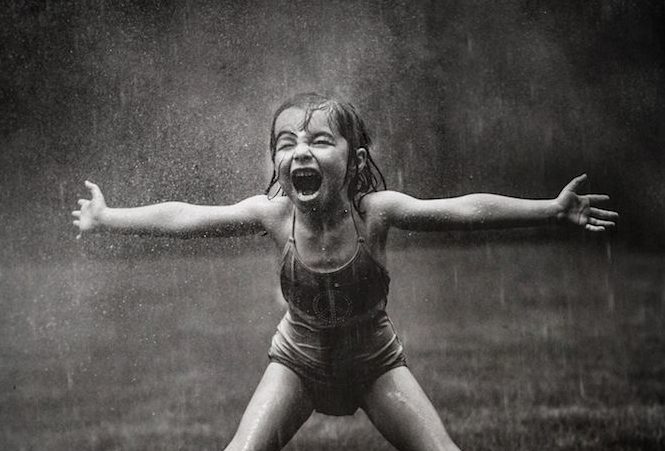 I want people to see that there are no limits — that these girls are capable of doing anything and that their beauty and power come from allowing them to be themselves, celebrating them for who they are. I want to capture what makes someone unique and what stands out. I want to show “that’s your power, what makes you interesting and beautiful.” I never felt any limits on myself, and I don’t want these girls to.

I love to shoot in black and white. For certain images it just can’t be any other way. A lot of times I’m not working with actors or models but with real people. Especially with personal work I try to be a documentarian, observing a moment or an emotion or “that thing you just did.” I want real emotion and expression. Authentic and honest. 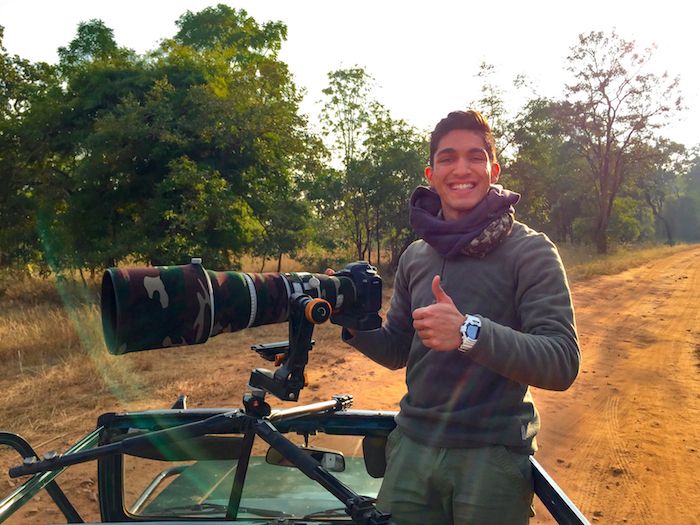 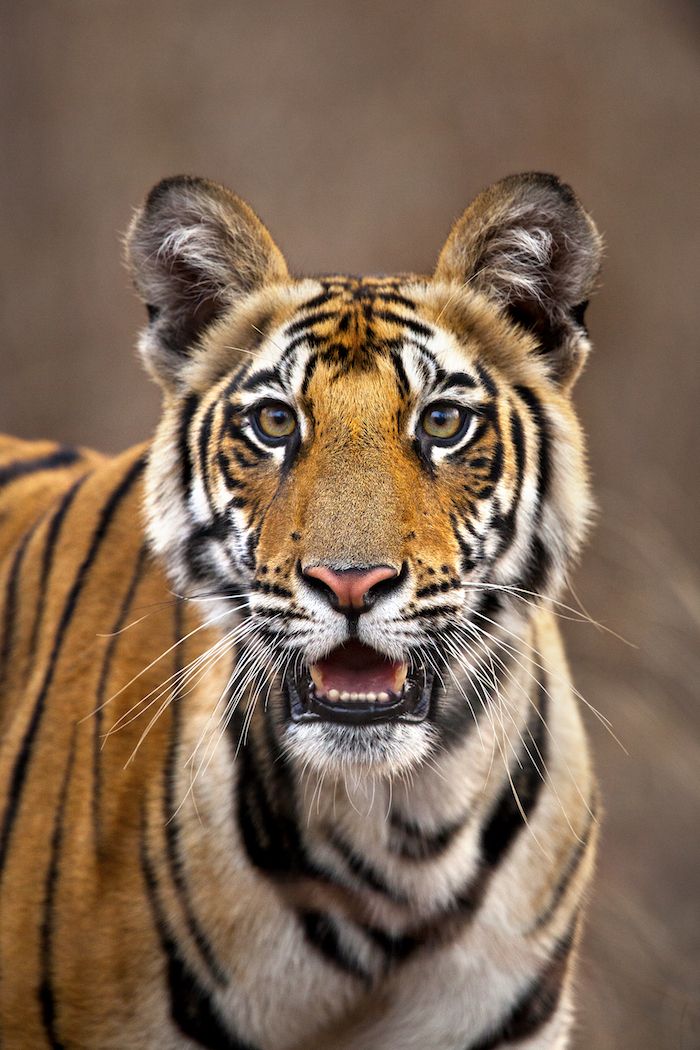 What piqued my curiosity toward wildlife was my grandfather. I would go to his office, wait till he got out of work, and then he would take me on his shoulders into the zoo. At that time Kolkata Zoo was Asia’s biggest zoo, not the best zoo, but the biggest zoo.

I was standing in front of a tiger cage, looking into the tiger’s eyes. My grandfather comes up to me: ‘Suyash, you know, you see these animals? This is their life, in a 10-by-10 cage. It’s not a Shangri-La.’ I used to think it was Shangri-La because he’d already introduced me to National Geographic and Animal Planet. At a very young age instead of watching cartoons I was watching hyenas devour or kill a live animal, lions and tigers fighting and all sorts of things like that. He told me, ‘What you see in National Geographic and in Animal Planet and Discovery, that is not the tiger. This tiger has been captured from those areas and brought here so that people can see it in a cage.’

That really hit me hard. That’s something I learned very early on — that I hated zoos.

“My love for photography stems from my love for wildlife, not the other way around.”

Seeing that, my dad bought me a camera around the age of 13, and that just set the ball rolling. I never really took any formal classes. I just sort of ventured out and learned. But the tiger shot? My structure is I venture out or go on safari for 10 days. We leave in the morning around 4 a.m., travel the whole day and come back by like 8 or 9 p.m. So all those hours we’re tracking animals, and by “we” I mean the guide, the naturalist and me. We travel in this Jeep, which is completely open. It’s basically like sitting in the back of a pickup truck but at eye-level, so anything can jump in if they want to. But it’s just the easiest way to get around in a national park as big as that (Bandhavgarh National Park in Madhya Pradesh). We look for paw marks. Once we find paw marks from the tiger, we follow the trail.

On the sixth day, we hadn’t had a glimpse of a tiger. In the morning it was brutally cold because of the rain. In the afternoon it went up to 118 degrees. It was an awful day. There were tourists in the morning but none to bear the afternoon heat.

It was about 6 p.m., and then the naturalist just stopped and looked to the left. He goes, ‘Sir, bachey (tiger cubs).’ They are coming straight toward me one by one, slowly coming toward me, and one passes in front of the car. Another one passes, and then there’s this third one. She kept coming straight toward me and I began to click. The light was fading, but it was still golden and she came very close, about 4 or 5 meters from me and stood right in front of the camera, looking completely mesmerized and innocent. That’s when I clicked that picture. And that is on the cover of the magazine.

That was my first competition. I won the Nature’s Best Photography Asia award. I was the youngest to win it. I was 19 back then. 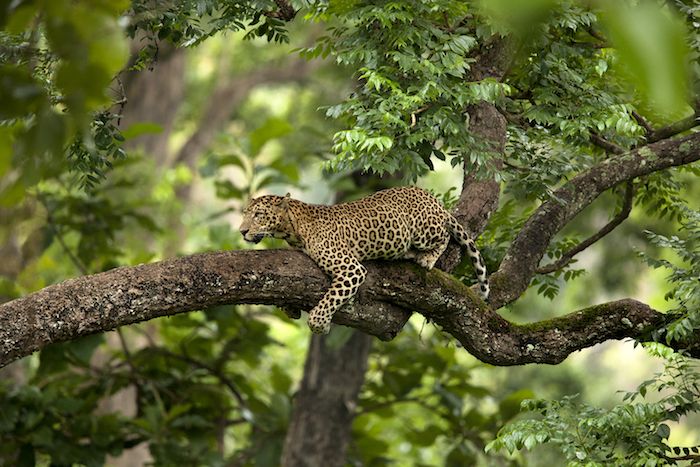 I’ve seen a tiger (hundreds) of times, and I record every single tiger I’ve seen. It gives me the same exact feeling of that chill, of that mesmerizing beauty — that something can be as beautiful and vibrant — orange contrasting with black and white — in nature.

As told to Maria Henson (’82). His remarks were edited for brevity and clarity.