Thank you, Daddy, for raising me to love football; for making me think I could be the first female place kicker; for giving me endless nights of pleasure watching games in the frozen and blighted landscapes of central New York. Thank you, most of all, for instilling in me an ongoing passion for Wake Forest Sports.

In the 1960s, Wake Forest Baptists weren’t supposed to drink, and, for years, the college had banned even dancing on campus, until the students started to defy the Southern Baptist Convention. But Daddy’s jubilant bacchanals defied the decorous persona he tried to maintain during the teaching week, as Professor of Radio, TV, and Film. On Game Days, he let loose with mad gyrations of maniacal fandom. 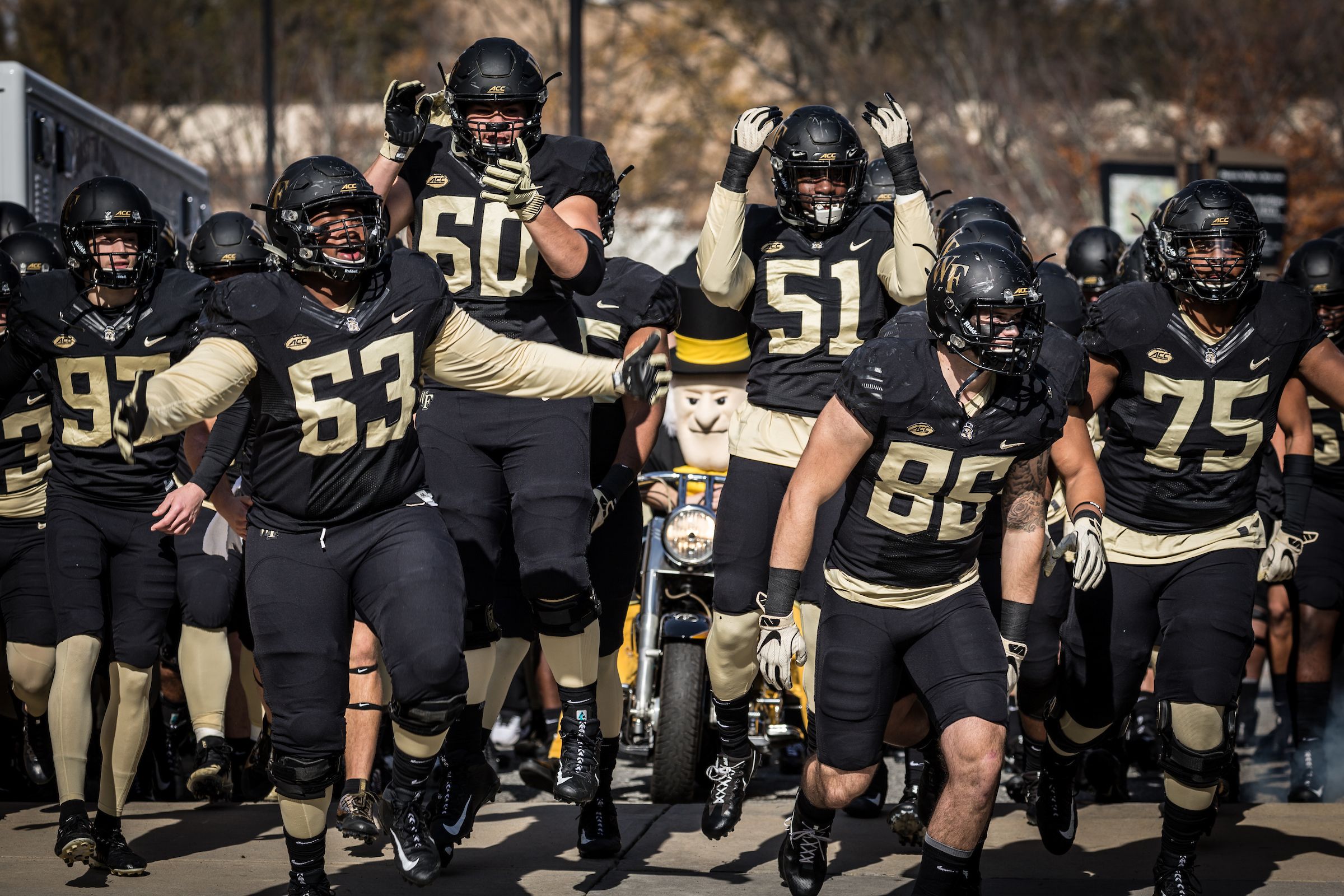 Some of the best times of my childhood took place after a touchdown, when Daddy hoisted my mother above his head; ran up and down the steps of the concrete aisle; and led the Wake Forest University Marching Band in a strut across bemused campuses, whenever the team traveled to Chapel Hill, Georgia Tech or the University of Virginia.

“We ARE somebody!” he seemed to blare, rising early on Saturday mornings to orchestrate the pre-game ritual. First, Daddy blasted an album of famous football programs’ fight songs, played by the University of Michigan Marching Band (where he got his Ph.D.). Then, he high-stepped his way around the first floor of our house on Faculty Drive, raising an imaginary baton. And finally, the Wake Forest Fight song:

A glass of the Finest

Red ruddy Rhenish filled up to the brim.

Her sons they are many

With hearts o’erflowing, we will sing a hymn.

Old Alma Mater’s sons we are.

And die for her glory,

Old Gold and Black is ever waving high. 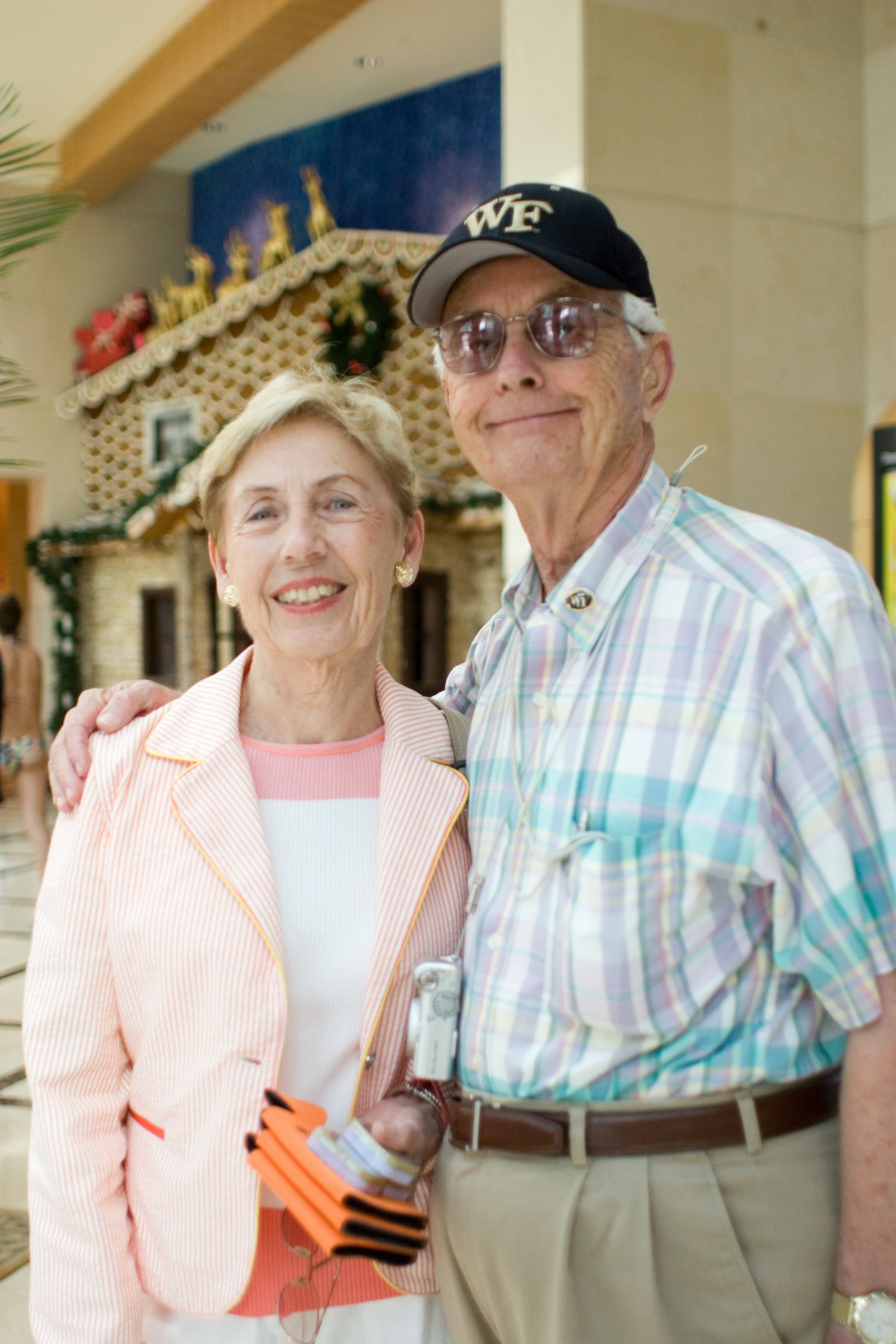 When the college decided to break ground for a new stadium, Daddy took me and my younger sister, during scorching summer afternoons, to the construction site — an awe-inspiring pit of sloping red clay, later terraced by seats that eventually had Daddy’s name on four of them. As if he were Father Christmas, Daddy exulted in the seeding of the turf; the erection of the red-brick field house; the Opening Day, when Dr. Hollingsworth would read over the microphone his eloquent prayers for the players’ safety (later published as God Goes to Football Games). Prayer seemed the logical act in the face of a close score, or a last-minute drive against North Carolina.

So much did my father identify with the football team that, when Martin Luther King Jr. was assassinated and Winston-Salem broke into riots, he violated the curfew to stay to the last second of the Wake Forest-Duke game, played in Bowman Gray Stadium across town at Winston-Salem State.

To my last days, I will remember the crumbling old stadium, ringed by a concrete track, around which the Professor of Southern History once rode at halftime in a convertible with Jayne Mansfield — somehow convinced by a genius fraternity member to visit the campus and place a provocative kiss atop Dr. Smiley’s bald head. The mixture of late afternoon sun, the smells of cigar smoke, bourbon, and dust, the glamour of Wake Forest women in their boucle suits and enormous golden chrysanthemums, as they exited from a won-or-lost game, and the band played the haunting theme from the then popular movie, “Exodus,” filled me with unnameable longings. The game was over. Weekly routines must start again. Daddy was triumphant or devastated. 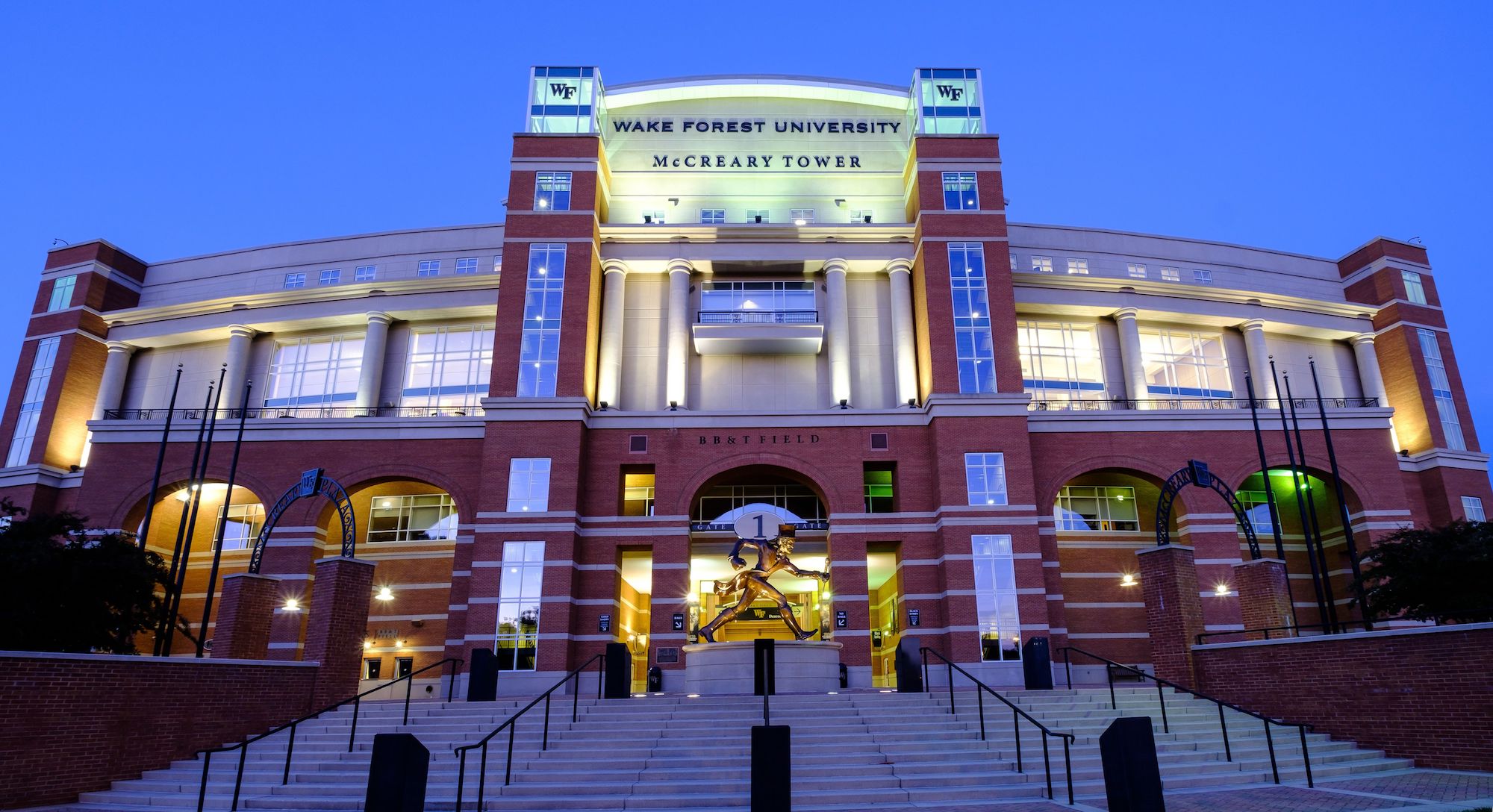 After I moved to other areas of the country for teaching jobs, I could not escape the obsession bred in me for Wake Forest football. The pangs I felt in Iowa or Connecticut or New York only got keener through the years, especially after Daddy died and there were no more Game Days.

In fact, today, the closest I come to experiencing the After Life occurs, once a year, when I fly down to North Carolina for a football rivalry in the new and elegantly re-built Groves Stadium. There I sit in the same seats I’ve occupied since childhood. It’s then I feel my father’s loving, vital presence in the warm breezes and golden glow of those splendid Southern twilights.

Daddy’s last request (before he went to Hospice with a rare form of kidney cancer) was to drive by the football stadium so he could see the construction of the “Deacon Tower,” the site of gracious meeting rooms and restaurant, formed from the same rose-colored Georgian bricks of the college campus, less than a mile away. 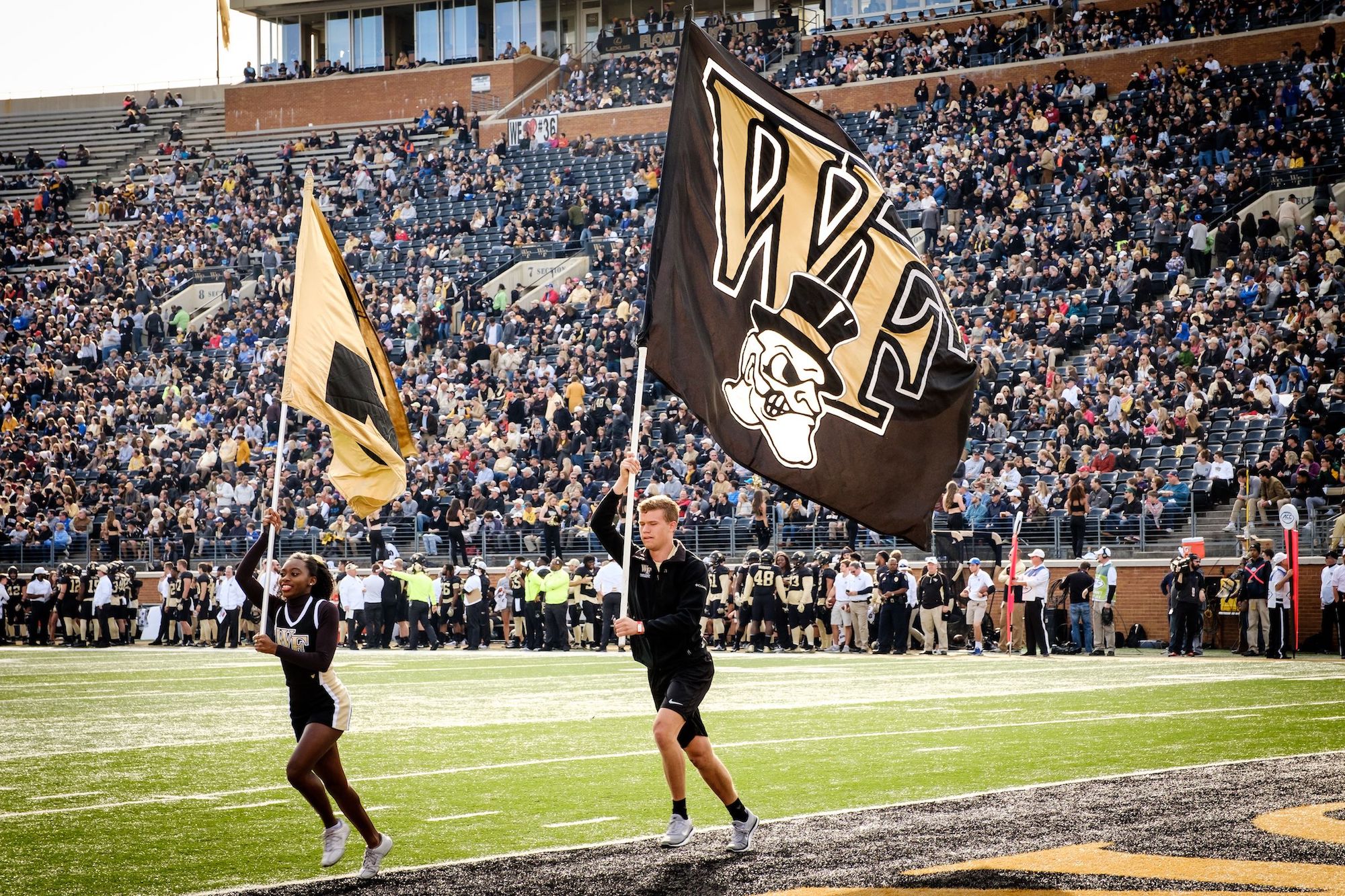 As Daddy gazed up at a building he would never live to see completed, there was, in his wracked body, a sense of relinquishment, and he pronounced it good: the Deacon Tower stood for the best he’d tried to enact and pass on to his children: perseverance, loyalty, ambition — those ideals that were deeply, almost religiously embodied in those enchanted autumns when Wake Forest took the field.

Thank you again, Daddy, and thank you, Wake Forest. 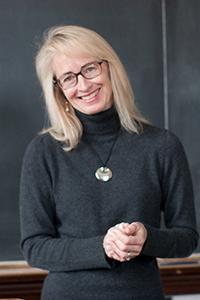 Catherine Burroughs (’80) has focused, throughout her career, on the contributions to theatre and playwriting of women writers between 1750 and 1830. Her forthcoming book is “Closet Drama: History, Theory, Form” (Routledge).