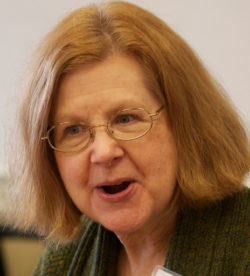 From Mary Pendergraft, chair of the Wake Forest Department of Philosophy:

The first real Greek I read as a freshman in college was Plato’s Apology of Socrates. “Apology” is just a transliteration of “speech for the defense,” and many of Socrates’ admirers wrote similar speeches, so we know this doesn’t represent a verbatim transcript. In part, it’s Plato’s attempt to show how wrong were the politically motivated charges that Socrates had “corrupted the youth” of Athens.

At 19 my attention was seized by seemingly paradoxical yet powerful claims: that Socrates was, strangely, the wisest man because he “understands that his wisdom is worthless”— thus demanding honest confrontations with uncertainty; that his habit of asking uncomfortable questions was a divine gift to Athens; that a good man should not fear death “but should look to this only in his actions: whether what he does is right or wrong.”

After his conviction and subsequent sentencing to death, Socrates makes one final speech to the jury, “You too must be of good hope as regards death, and keep this one truth in mind, that a good man cannot be harmed either in life or in death, and that his affairs are not neglected by gods.” This is powerful stuff echoing over some 24 centuries.