Wandering campus in the fall of 1999, it was common to hear the music of Third Eye Blind, Lou Bega or The Backstreet Boys wafting from one of the dorm rooms or fraternities that lined Wake Forest Road. A different sound being created by a group of friends on the other side of the road, however, would continue to resonate for them long after the others had become a sonic footnote.

That sound would eventually transform into Mash Bill, a rock band consisting mostly of Wake alumni, who released their second EP, “The City Sessions,” earlier this year.

The band’s origins trace back to the late ’90s and a chance encounter in Winston Hall. Psychology majors Michael Turner (’00) and Chris Vrabel (’00) met in a statistics course and began bonding over their shared love of music. The duo eventually turned conversation into creativity — sneaking into the practice rooms of Scales Fine Arts Center to jam during the evening hours of their sophomore and junior years. Not long after, Vrabel invited Chris Cetta (’01) — a friend he made over their common appreciation of The Black Crowes — to join the duo. The three spent hours working on covers and recording original ideas with drummer Phil Clarke (’02) on both tape and their University-issued ThinkPads.

“It was a great thing to do in our free time,” Vrabel said. “Just hang out and make loud music where no one could hear us.”

By 1999 Turner and Cetta backed Drew Fletcher (’00) in the talent portion of the Mr. Wake Forest Pageant. Later that year, all five musicians performed an acoustic set at Cetta’s fraternity Theta Chi, but like most college bands, the group seemed to face a set expiration date based largely on how long all of the members remained in school. Turner and Vrabel moved back to their respective hometowns of Richmond and Boston in the spring of 2000; Cetta and Clarke formed a new band, The Golden Gods, with fraternity brothers Aaron Baer (’01, MD ’09) and Mike Capizzani (’02). Unlike other college bands, however, this group of musicians had a unique feature — the dogged dedication of Chris Cetta.

“Cetta is the hub of all of this,” Turner said. “We would not have kept this together without him.” Baer, echoing Turner’s sentiments, described Cetta as “great at being organized. He’s so determined to get together… no matter what.”

Cetta relocated to his native New Jersey for dental school after graduation and soon began setting up jam sessions with the still Boston-based Vrabel. Baer, who also moved to Boston after graduation, occasionally joined in these sessions, and an idea began to germinate — getting all the musicians together, including Turner, Capizzani and Clarke, for a long week of recording and vacation.

“We should do something bigger; we should do a Wake thing,” Vrabel remembers thinking during the planning for the session. “After [that week] that’s when we were like ‘we can make pretty good music.’ ”

Dubbed  “Glory Days” by members of the band, the 2005 sessions in the Outer Banks of North Carolina laid a foundation for future recording meet-ups: Woodstock, New York, in 2009; Black Mountain, North Carolina, in 2013; and most recently Hoboken, New Jersey, in 2017 — the latter two yielding “Black Mountain Jam” and “The City Sessions” EPs, available on iTunes, Amazon and Spotify. 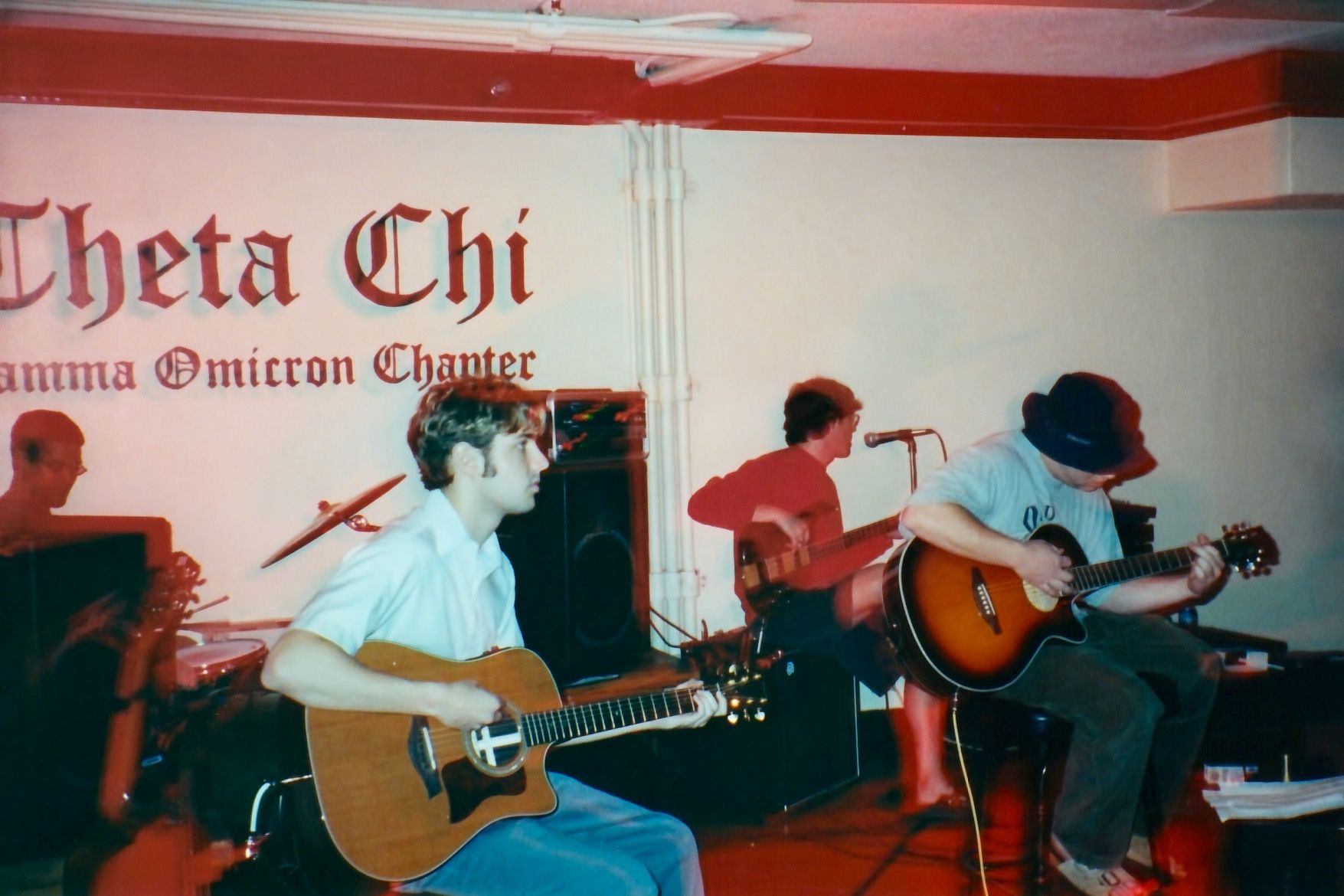 “We joke it’s like the Olympics,” Cetta said. “Every four years or so you get together.” Capizzani described the weekends as “the most unique guys weekend” and added “the most remarkable thing (about the weekends) is how we make music. That we are apart for years, and it doesn’t show in the process at all.”

“Most bands spend years playing two or more times a week,” Cetta said. “We’ve never had that time of all being in the same space.”

Turner, after a year of world travel, settled in Boulder, Colorado, where he is pursuing a doctorate at The University of Colorado. Vrabel moved from Boston to rural Pennsylvania and Los Angeles before receiving his doctorate in clinical psychology and settling in Charlotte, a home base he shares with neuroradiologist Baer. Capizzani, a native of New Jersey, teaches in Stokes County, North Carolina, and Cetta still resides in New Jersey where he is an orthodontist. The combination of the time demands of their professions and distance apart makes it even more astonishing that the members of Mash Bill manage to turn out high-quality music — a result attributed both to their dedication and the technological age in which they live. 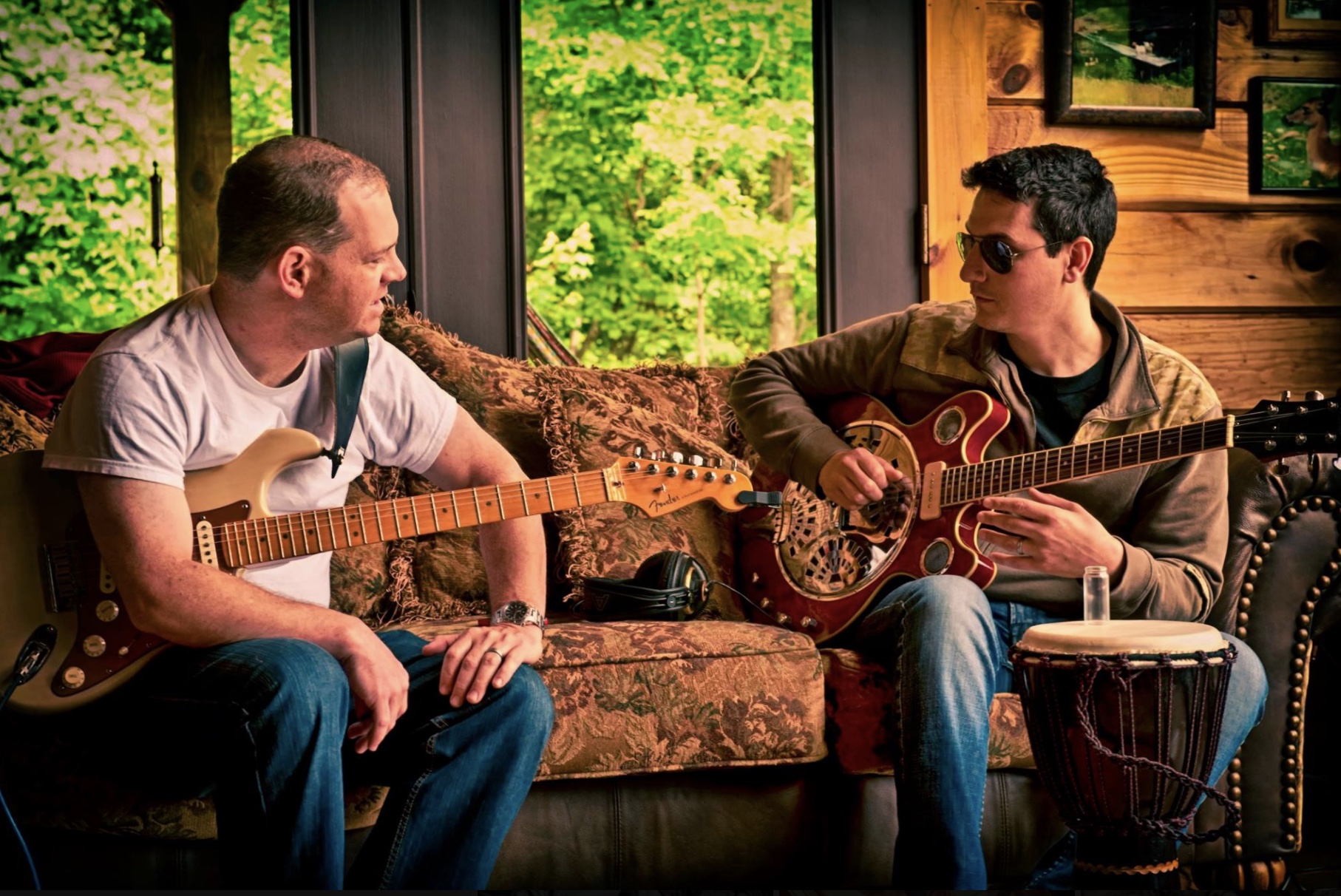 The members of the band often practice virtually — recording ideas from home and “emailing song ideas, cutting and pasting parts around,” Vrabel said, describing the composing process for “Reason Why,” the group’s first commercially available original. “Writing originals from afar is so hard to do,” said Baer. “It’s logistically challenging for some, but that’s the thing I love about this group — everyone is so talented and compatible.”

While that talented core has maintained for almost 20 years, as with any band there have been some additions and subtractions. Clarke became too busy to join the group after the Woodstock sessions in 2009. Those same sessions marked the debut of guitarist Joe Luzzo, a friend of Cetta’s from dental school and the group’s first non-Wake Forest alumni member.

Joining a group of longtime friends and collaborators could prove daunting for some, but Luzzo described the process as natural and effortless. “We all had an affinity for hanging out and joking around,” he said. “I can’t say if it’s a Wake thing or just this group of guys, but there’s something special about them. It’s different from other relationships.”

“I think it’s that we were all on campus, that we were all centrally located,” Turner said of the group’s Wake Forest ties, noting that when they all attended, most parties were held in fraternity houses on campus. “It’s different from places where everyone goes to parties off campus.”

“There’s got to be something to it,” Capizzani added. “Wake attracts people with different ideas. We all went for different reasons, but we were all musicians.” Baer cited the school’s size as one potential reason for the musical diversity of the group. “Wake is so small, you just played with whoever you could. You become very willing and good at adjusting to each other’s styles.”

And while music may be the tie that holds this group together, their personal connections — created in classes and fraternity parties almost two decades ago — are the key to the longevity of Mash Bill. “Overall, I’ve been to a bunch of different schools,” Cetta said. “If I look at my total amount of friends, a good number come from [my years at] Wake Forest.

“As much as it is about the music,” Vrabel said, “it’s also about hanging out, cracking jokes and having a good time. A big part of this is just getting together.”

Jeremy Essig (’00) is a St. Louis-based journalist, guitarist and stand-up comedian. Read a profile of him by Wake Forest Magazine at http://bit.ly/2IuJdjt.