This month Garrett Baker (’15) of Pittsburgh, Pennsylvania, returned to Wake Forest as a guest lecturer for the same class that inspired his studies and his successful young career in education policy and youth sports.

Baker, 25, joined big-league company as a co-teacher in the first-year seminar “Sports, Culture and Geography,” taught by his former professor, Adam Friedman, associate professor and chair of the education department. Other guest lecturers over the years include Wake Forest men’s soccer coach Bobby Muuss and legendary sports writer Robert Lipsyte, acclaimed for his biography of boxing great Muhammad Ali. 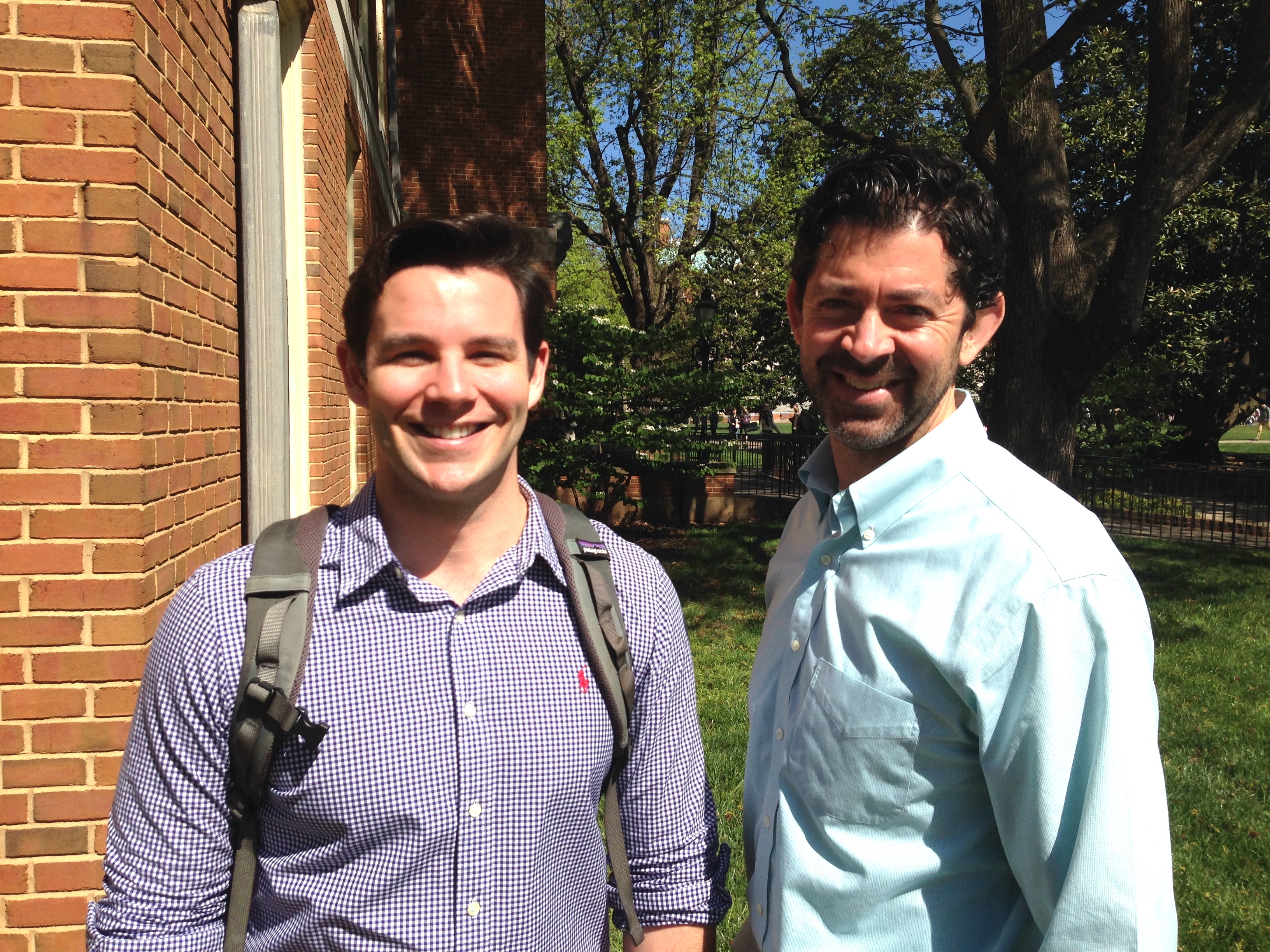 Baker had never taught a college class before, but he was at home in this particular Tribble classroom. He was a student in the seminar in 2012, the first year it was offered.

Friedman wrote to Wake Forest Magazine to say Baker was coming: “I have continued to stay in touch with Garrett, and it turns out his younger sister is considering Wake Forest, so he is coming here when she tours. The best part about this story is that while he is here, he and I are going to co-teach my FYS (First Year Seminar) … based on the research and reports that he has written. I am really excited that he will have come full-circle.”

When Baker arrived as a freshman, he didn’t have clear plans for his studies, but seeing a course on sports caught his attention. He wasn’t on any Wake athletic team but played sports as a teenager.

He credits the seminar and Friedman’s teaching with helping provide direction for his undergraduate and postgraduate studies. He majored in sociology and history with a minor in education and society.

“(Friedman) sort of spearheaded my being interested in education and policy,” says Baker, who later enrolled as a senior in Friedman’s teaching methodologies class.

Baker went on to earn an M.S.Ed. in education policy at the University of Pennsylvania in 2016 and works at RAND Corp. as a policy analyst in the Behavioral and Policy Sciences Department. He researches and writes about education, particularly lately about youth participation in sports along with its supports and hindrances.

On the day he lectured, Baker led the class in a discussion about youth sports and challenges for young athletes and their families. Are there economic and geographical factors that make it easier for some groups to participate? What are the benefits of involvement in sports? There’s the physical fitness element, of course, but do young athletes have a richer social life? Do they excel at tackling difficult academic tasks? 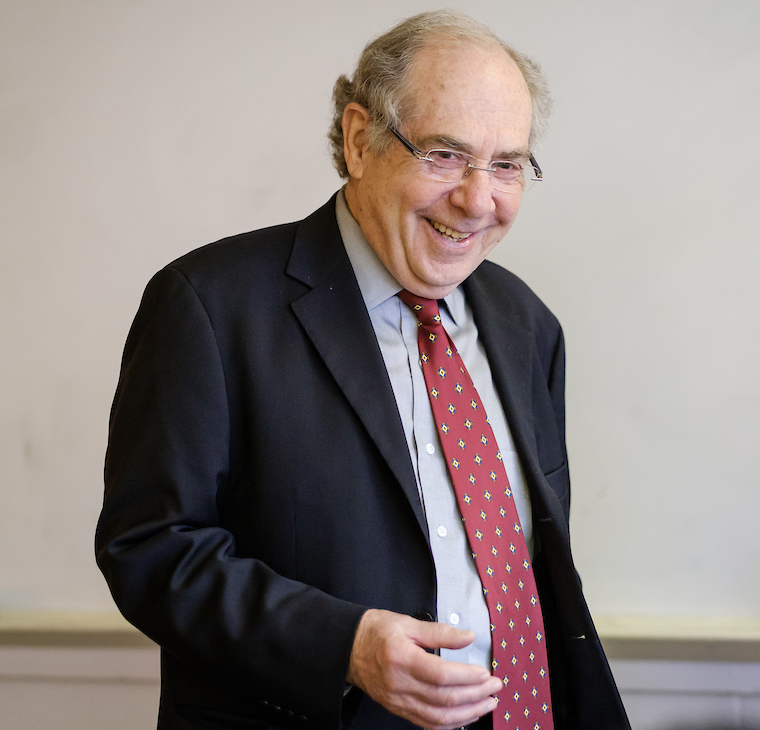 Robert Lipsyte, a legendary sport writer acclaimed for his biography of boxing great Muhammad Ali, is among the big-league speakers who have come to Wake's sports first-year seminar.

To the students in the seminar, most of them Division 1 college athletes, the benefits seemed plausible. Baker and the students also discussed the roles that equipment, fees, transportation expenses, family income, safety concerns, time commitments and other factors played into access and participation in youth sports. Among the interesting theories presented by students was that parents view the expense of youth sports as a sound investment toward potential college scholarships.

Friedman describes the seminar as his dream course, one that has evolved over time. Each year, new topics in sports collide with issues of gender, race, class, public health and aspects of popular culture, politics, education and economics.

“I try to align the course with what’s going on in the world,” says Friedman.

As Baker pointed out, the current widespread concerns about concussions in football weren’t prominent when he enrolled in the class in 2012. Likewise, the role that professional athletes play in political protests has emerged in the national debate in a way that hadn’t occurred since pivotal events such as Muhammad Ali’s 1967 refusal to be drafted to fight in Vietnam or the Black Power salutes at the 1968 Olympics.

Sports and national politics have recently intersected in high-profile ways. In February, radio and TV talk show host Laura Ingraham outraged many when she said that basketball players like LeBron James should “Shut up and dribble” instead of sharing political views. And football player Colin Kaepernick, recently named Amnesty International’s Ambassador of Conscience, says his career has derailed because of team owners’ response to his protests against racial injustice by taking a knee during the national anthem. 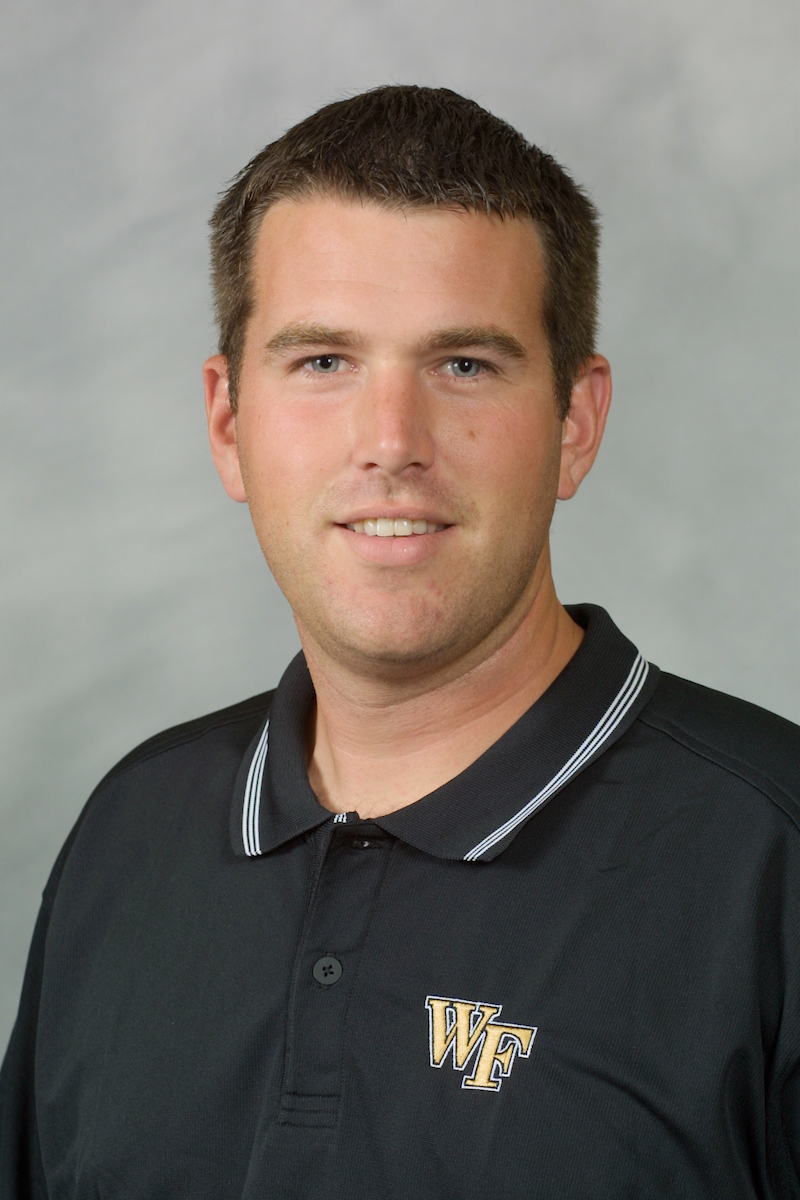 The question of how these athletes are valued for their performance on the playing field versus how their safety and ethical commitments are treated is one that students in Friedman’s seminar engage with.

“A lot of the class is about getting (students) to take a stand on something,” says Friedman.

Friedman doesn’t limit his focus to sports in the United States. This semester students have examined controversies in Australian cricket; regional factors that shape success in certain sports, such as the preponderance of hockey goalies from Quebec, Canada; and the history of fan violence at soccer matches in Europe and the crackdown by authorities. Sociological topics include the targeting of 18-to-34-year-old men with laser-focused advertising campaigns and the objectified role that women play as cheerleaders in some sports.

Casting a critical eye on the world of sports — and the commentary, business, education, advertising and commerce surrounding that world — is all part of Friedman’s seminar.

A few days after the class, Friedman and Baker reflected on the experience of co-teaching. Baker wrote that his main hope had been to give the students exposure to the research and policy field from a recent graduate, “and even if just one of them had their interest sparked and considers it down the road, that would be awesome.”

The professor expressed his satisfaction in an email. “For me personally,” Friedman wrote, “I thought it was extremely valuable, not just in the pride of watching a student who I have known for six years — from sitting in a class as a freshman to teaching it — but it was also incredibly valuable to the students, who were exposed to a more ‘big picture’ in terms of a minor and a career choice from a person who was relatively recently in their position.”

The circle was complete — except for the happy possibility of expansion.

John Adamian of Winston-Salem has written for Wired, The Believer, Modern Farmer, Afropop Worldwide, the Hartford Courant and numerous other publications.