You won’t find a lot of news stories that mention Alfred G. Adams, but his quiet handiwork has reached every corner of downtown Winston-Salem.

He has volunteered his expertise as a real estate attorney to a long list of redevelopment projects in his hometown — from Krankies coffee to the sprawling Innovation Quarter that houses the new Wake Downtown campus, the School of Medicine and a bustling community of upscale businesses and residents.

“He’s a big player but not one who’s looking for attention for himself,” said Jason Thiel, president of the Downtown Winston-Salem Partnership, which fosters development in the city core. “I’d run through a brick wall if he told me to.”

Adams, blushing at that praise, said he just follows a few simple principles. If you see something that needs doing, do it. He gave that advice to every class during 10 years as an adjunct law professor at Wake Forest. Stay positive. Never throw anybody under the bus, a rule inspired by his late father, Dr. Carlton Noble Adams (’30, MD ’32, P ’68), an ob-gyn who taught at Bowman Gray School of Medicine.

Adams serves on the board of the Housing Authority of Winston-Salem, helping with the ongoing rescue of a troubled apartment complex and a partnership to help rebuild hurricane-ravaged Princeville, North Carolina, the first town incorporated by freed slaves, in 1885.

Kevin Cheshire, the Housing Authority vice president and general counsel, said Adams has a servant’s heart. “There was a sign in my high school locker room that said, ‘It’s amazing what you can accomplish if no one cares who gets the credit,’ and Mr. Adams is the epitome of that,” Cheshire said. “He’s just a humble man.”

Adams taught high school and coached before entering the School of Law. He practiced law in Asheville, North Carolina, and met his wife, Beth, there. He returned to Winston-Salem two decades later and has served on and led numerous boards that benefitted from the lessons he learned from Asheville’s redevelopment. He is board vice chair of the Blue Ridge Parkway Foundation. He was named a prestigious Honorary Fellow of the American College of Mortgage Attorneys for his work as president.

Business North Carolina magazine named him the state’s top real estate attorney in 2004, and he belongs to its Legal Elite Hall of Fame. In 2013 the North Carolina Bar Association gave him its “Citizen Lawyer” award for his community leadership. He retired in 2015, and he and Beth moved downtown to enjoy the lively environment he helped foster.

He is a member and past president of Wake Forest’s Alumni Council and served on the Deacon Club Board of Directors. Adams has made an estate gift to establish two scholarships and contribute to one set up by his father.

His longtime friend and golf partner Gray Hinkle said Adams is a special friend. “Typically you won’t find out all the stuff that Alfred has done until someone else tells you,” Hinkle said. 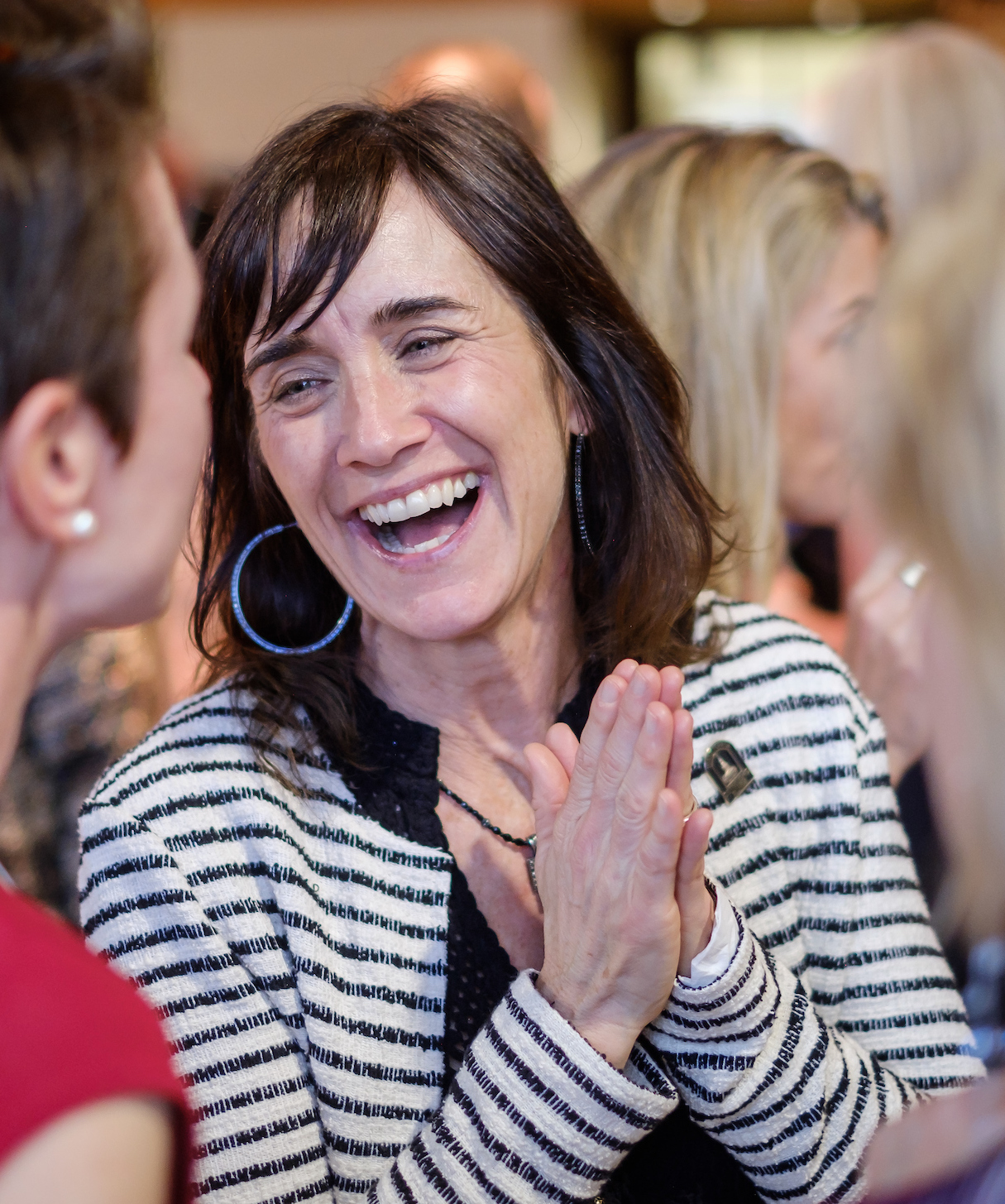 Joy radiates from the Facebook pages of Education and Hope, the nonprofit that Julie Coyne founded and oversees in Guatemala.

Smiles beam from youngsters enjoying a hot meal in a country where malnutrition plagues almost half the children. Smiles shine from high school or university graduates in caps and gowns in a nation where adults average only four years of education. Grins spread ear to ear on women learning to read grocery labels in a place where adult illiteracy averages 25 percent and is higher in remote areas.

Coyne, 51, said she didn’t plan this dual life, immersed in the highlands town of Quetzaltenango while regularly coming home to Darien, Connecticut, to see family and raise funds. But since arriving in Guatemala in 1994, she has been compelled to help the children who stared blankly at her when she asked what they wanted to do when they grew up. She started with access to education, then quickly realized they also needed a place for homework, mentoring, a meal and a shower. Their mothers, many raising kids alone, needed help, too. Alcoholism, domestic abuse and poverty bedeviled many families.

Coyne credits Wake Forest, where she majored in religion, with helping her to discover the importance of community. “I wasn’t your typical student — barefoot in my Indian skirts,” she said. “Feeling outside of the mainstream was often isolating.”

Toward the end of her freshman year, Coyne was invited to be the student representative on a committee to create the emerging women’s studies program. “Working closely with this small group of professors who respected me and valued my opinion was ultimately an experience of finding and creating community, and then growing and developing within that community. That sense of belonging radically shaped and transformed the remainder of my time at Wake.”

Mary DeShazer, professor emerita of English and women’s, gender and sexuality studies, said meeting Coyne helped draw DeShazer to become Wake Forest’s first coordinator of women’s studies. “Julie’s vision is a unique vision, and it’s in the way in which it includes the women and children in the decision-making processes. She has built a community.”

Coyne said she has come to cherish living in two countries. She loves her own culture’s freedom and standard of living while appreciating Guatemalans’ slower pace and gratitude for simple pleasures. “It’s exhausting sometimes, but I couldn’t have it any other way.”

To see more about Julie Coyne’s nonprofit, go to www.educationandhope.org. 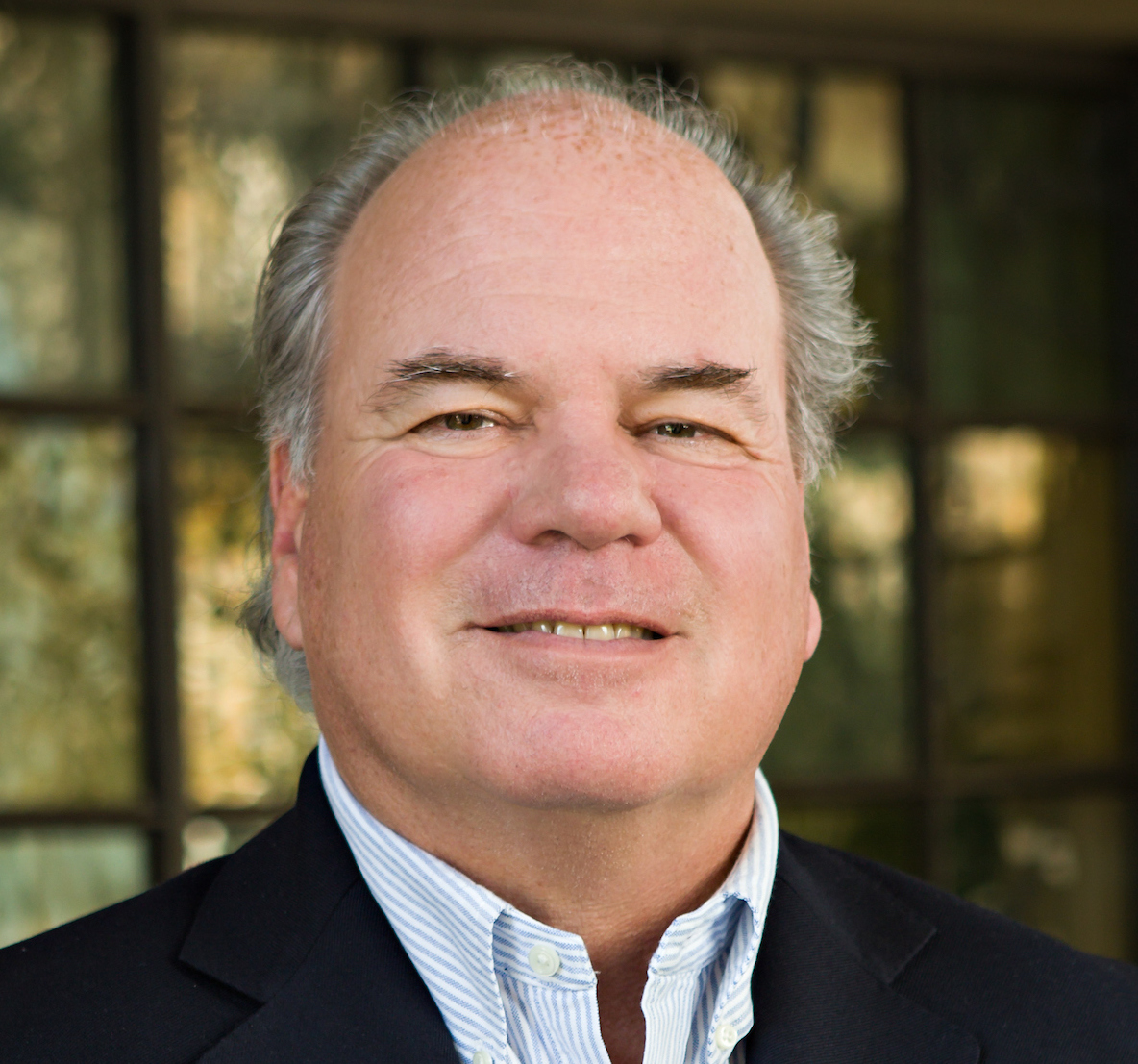 John K. Medica was just 31 years old when he took on leadership of an engineering team in its urgent mission to create a new laptop for Apple Inc. at a critically competitive time. The resulting PowerBook was a huge success when it was introduced in 1991.

Medica, a powerhouse himself, spent 10 years at Apple, followed by 14 years at Dell during his lengthy, innovative career in computer technology. In 1994 The New York Times noted his reputation “as one of the stars of the notebook computer business.”

Medica, who lived in The Plains, Virginia, died Oct. 13, 2017, at age 59. He had most recently been a vice chairman and group corporate adviser at Compal Electronics, based in Taiwan.

A native of Englewood, New Jersey, Medica graduated with an electrical engineering degree from Manhattan College in New York, then went on to the then-Babcock Graduate School of Management at Wake Forest.

At Wake Forest, he fell in love with Megan Salzman Medica (MA ’83). They married in 1985. She said her husband’s favorite memory of Wake was speaking at the hooding ceremony for the School of Business in 2004. “I have a picture that John’s mother took after the ceremony, and the look on John’s face is priceless — he was absolutely beaming!” she said. “He was so proud to have been asked, and he was so proud that his parents were there to see him at the school he loved. It was a special, meaningful day to him, which he spoke of often and never forgot.”

Medica actively supported Wake Forest. He had served on the Board of Trustees since 2009 and was current chair of its innovation committee and a member of three other committees. He was a past member of the School of Business Board of Visitors and was executive-in-residence at the business school in 2007. The Medicas supported the 2013 construction of Farrell Hall, including the Salzman-Medica Dean’s Suite.

President Nathan Hatch said Medica was committed to Wake Forest “being a place that educates students to be leaders of character. He proved the spirit of Pro Humanitate. John, a friend and stalwart Wake Forester, will be profoundly missed.”

Wake Forest’s debate team held a special place for the Medicas. His wife was an active member in college, and he was drawn in by her enthusiasm for the team.

“John was amazing with the debaters, and they loved every chance they had to bounce arguments off of him and hear his own stories of triumph in the highly competitive world in which he led,” said Jarrod Atchison (’01, MA ’03), director of debate and associate professor of communication.

Memorials may be made to the John Medica Fund for Wake Forest Debate. http://bit.ly/2Gus3Ff

For videos and photos, go to go.wfu.edu/daa2018