In 2015 Robert Mankoff, longtime cartoon editor for The New Yorker, told TIME magazine there were seven simple steps to getting a cartoon in the savvy, sophisticated publication. They included getting a day job, having an unmistakable voice and looking at the world as if you were an alien. Above all, he said, cartoonists who aim to publish in The New Yorker should aspire to have a distinctive style. “It’s not the ink,” he said, “it’s the think.”

With his own pen and idiosyncratic approach, Mankoff, who retired last year, drew one of the magazine’s iconic cartoons: a businessman on the phone consulting his appointment book. “No, Thursday’s out,” reads the caption. “How about never — is never good for you?” 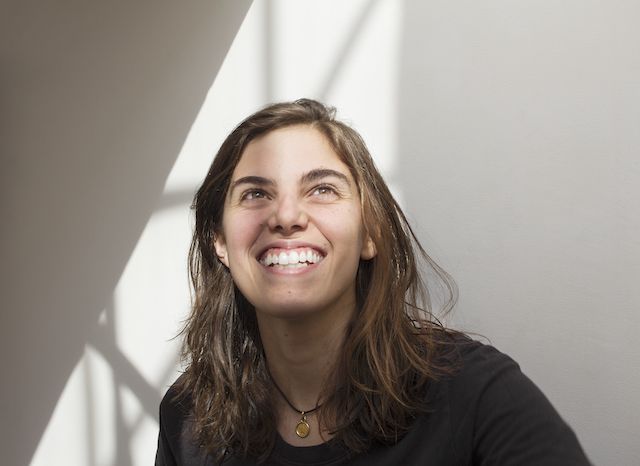 In the life plan of artist Emma Hunsinger (’13), Mankoff’s “never” was no good at all. As early as grade school she knew she wanted to sell cartoons to The New Yorker and make a living off her work. In 2017, after years of drawing and redrawing, pitching and rejection, the self-proclaimed perpetual doodler’s perseverance paid off when her cartoon, “American Girl,” was published in the Nov. 27 issue. Drawn in Hunsinger’s characteristic linear style, the cartoon depicts a weaponized American Girl doll, dressed in frock and Mary Janes, being confronted by police officers reporting a “417K” — police code for “person with a knife.” 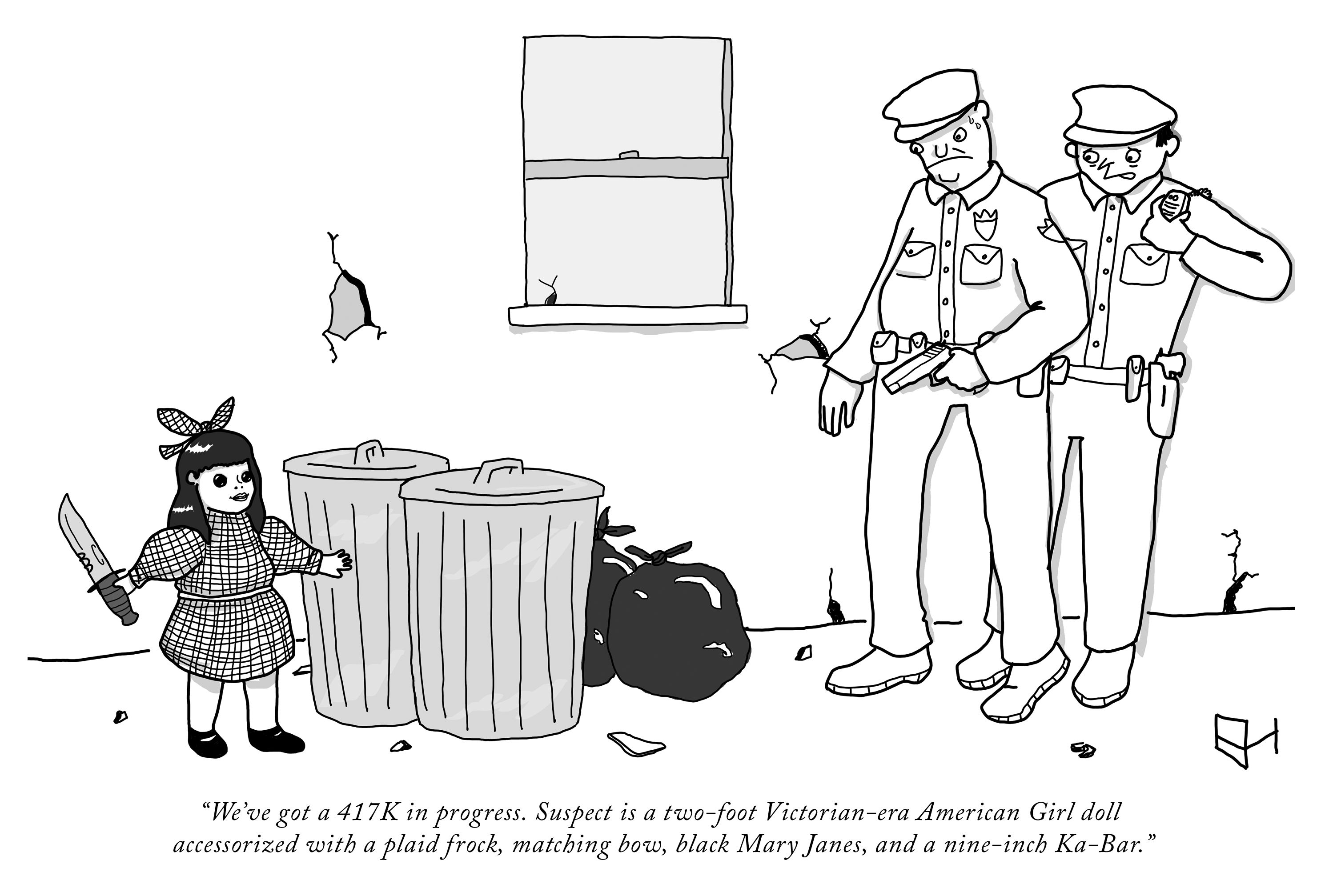 A knife-wielding doll being confronted by the law? Perhaps not everyone’s recipe for a spontaneous belly laugh, but the artist is fine with that. “With any given cartoon there will be a split on people who like it or get it versus people who think it’s silly or could be better,” Emma said. “It’s very subjective how funny it is. I guess I was just thinking about how everyone thinks dolls are really creepy.”

Emma came to Wake Forest from New Canaan, Connecticut, a free spirit whose fascination had always been cartoons. Her father, who is in the publishing business, regularly brought home magazines to show her examples. In middle school she pored over a book and CD collection of every New Yorker cartoon from the 1920s to the 2000s. “I read it cover to cover, and I loved them.” 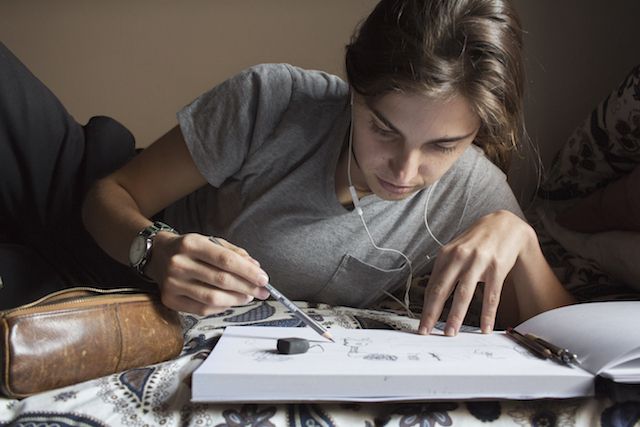 She cartooned for her high school newspaper and arrived at college unsure whether to major in studio art. “I kind of waffled a bit because you could choose drawing, printmaking, photography, video … but there was no specific cartooning focus. I sold myself short thinking I wasn’t good enough to be a fine artist so I shouldn’t major in studio art,” she said. “By my sophomore year I wanted to get better at it. You don’t go to college to stay good at what you’re really good at, so I double-majored in studio art, with a focus on drawing, and in communication.” 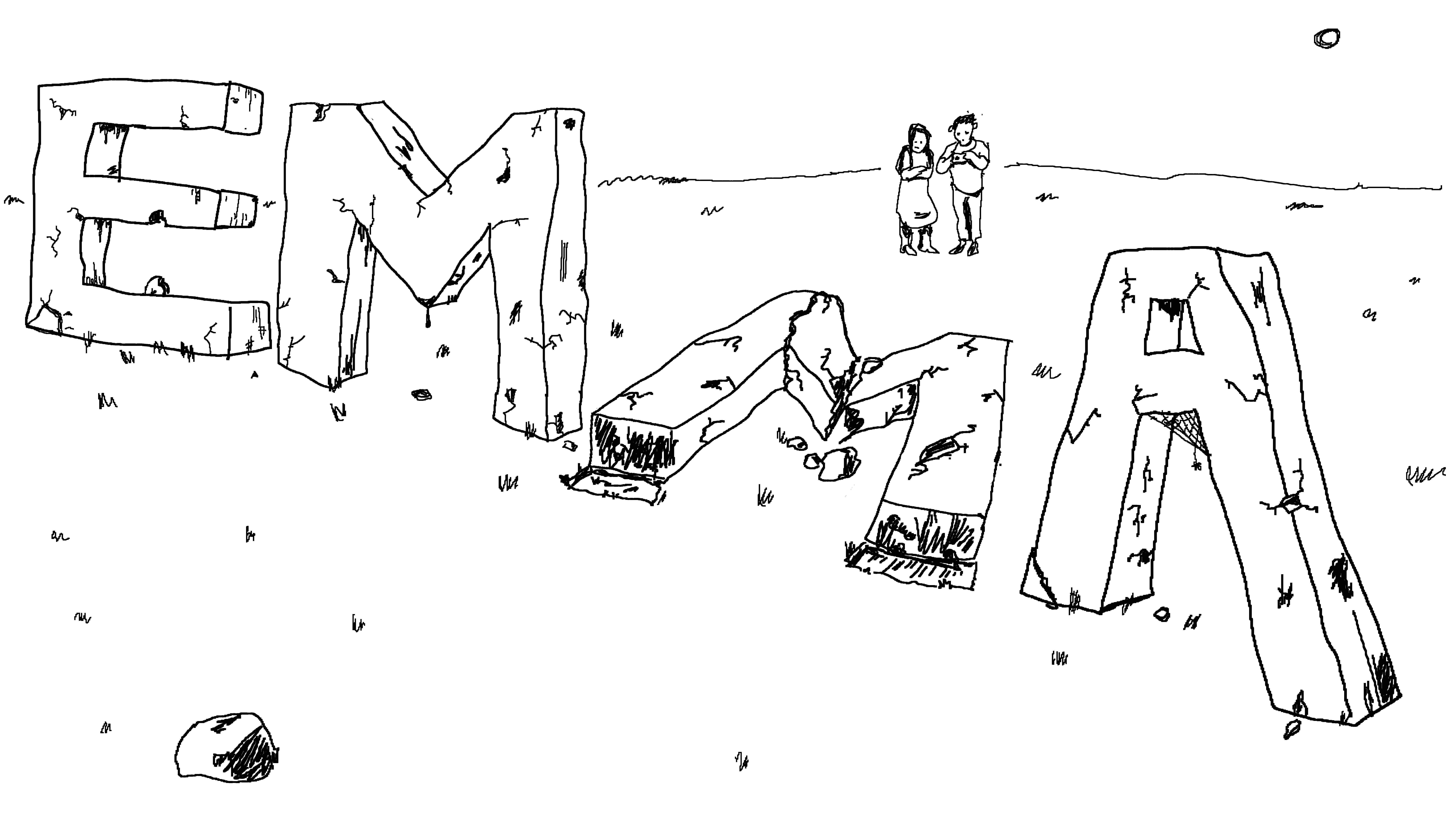 After graduation Emma, who lives in Brooklyn, submitted her resume to Condé Nast, publisher of The New Yorker, and she interviewed at Teen Vogue and Bon Appetit. She was hired by The New Yorker as a sales assistant who answered phones, managed emails and fetched coffee. “It was great because you have to be scrappy to be an assistant in New York,” she said.

The position paid off as she began meeting people on the editorial side and got a glimpse of what went on. She started submitting cartoon drafts, and one of her efforts — a flow chart titled “Can I Wear This T-shirt to Work?” was subsequently published online. “I read they get 500 or 1,000 submissions a week and they only buy 12-15 cartoons a week,” Emma said. “It’s an extremely competitive publication.”

In 2016, she left the sales assistant job and started work as a line cook, making pizzas to pay the bills while she devoted herself to her cartoons. “American Girl” was her second sale to The New Yorker and the first to be published in print.

"You don't go to college to stay good at what you're really good at..."

Emma’s dry wit, along with her intellectual curiosity and knack for constantly questioning, is perfectly suited for The New Yorker, said her Wake Forest mentor, Teaching Professor of Art Leigh Ann
Hallberg (P ’12). “I think in the ‘American Girl’ cartoon she is questioning the cultural assumption that the doll is, well, the epitome of niceness. She just goes, ‘Really?’”

Leigh Ann was Emma’s champion when it came to esteem and self-confidence, encouraging her not to take herself too seriously and to hang on to that sense of playfulness that everyone loved. At the same time, the teacher helped her student perfect drawing technique, question what she was doing and try other things. “She encouraged me to keep making art and keep making silly art,” Emma said. “It helped so much to learn about art history and how people have used art as communication.”

“Everyone loves Emma,” said Leigh Ann. “She’s just one of those people that when they pop into your head, you just smile.” Unlike most students, Emma took her class notes in pictures, not words. As a freshman, “she was beautiful and wild — not lost —never lost,” said her mentor. “She had all kinds of energy and enthusiasm but, like many students, was searching for direction. We just kind of instantaneously loved her; she was very talented.” 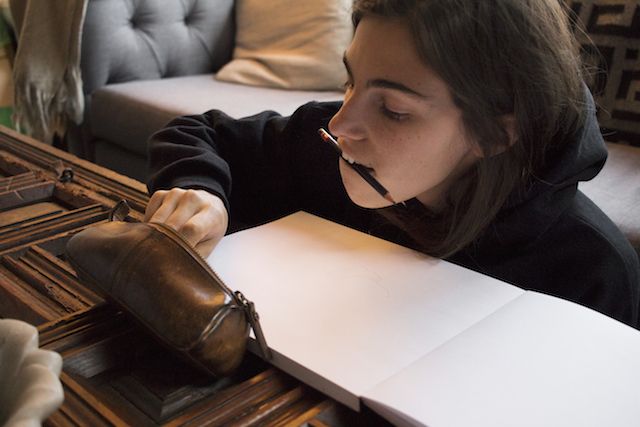 Katie Wolf (’13), Emma’s friend and classmate who is assistant director of the University’s Charlotte and Philip Hanes Art Gallery, recalled a day when it was pouring rain and she noticed a drenched student, weighed down by a backpack, chugging across Davis Field. She drove closer and discovered it was Emma, then stopped to offer her a ride.

“We were talking about this series of drawings she did called ‘The Angsty Animal Teenager Series’ that I just loved,” said Katie. “The person with bird legs, the kid in the corner with eczema, the jackass guy … I saw it as her sort of poking fun at traditional bullying tactics.” The next day, Emma gave Katie the drawings and said, “Thank you for taking me home; I want you to have these.” “They are some of my favorite possessions,” Katie said. 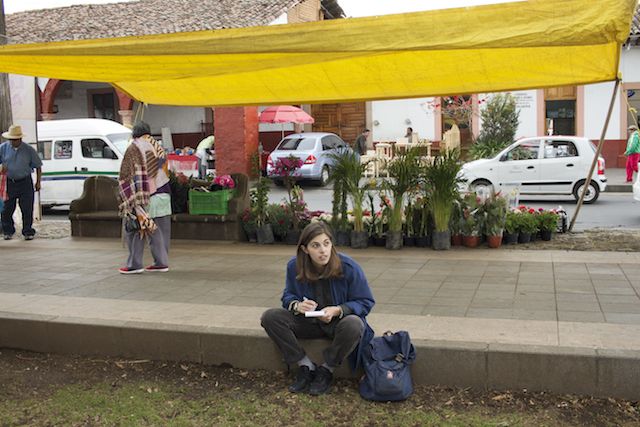 While Emma spent much of her time in Scales Fine Arts Center, she worked at WAKE Radio and was a member of the Lilting Banshees comedy troupe, calling it the perfect mental gym in which to exercise her comedy muscles. She immersed herself in volunteer work, including Campus Kitchen every Friday.

The student humanitarian trips to Vietnam her junior and senior years broadened her world view and influenced her art. “Just to be exposed to what’s on the opposite side of the Earth was so powerful and gave me a sense of scale about how big I am and what matters,” Emma said. “It really made my brain bigger in a way that’s helpful to a cartoonist. If you want to be funny and smart you’ve got to know a lot and experience a lot. That was huge for me.”

"Everyone loves Emma. She's just one of those people that when they pop into your head, you just smile." 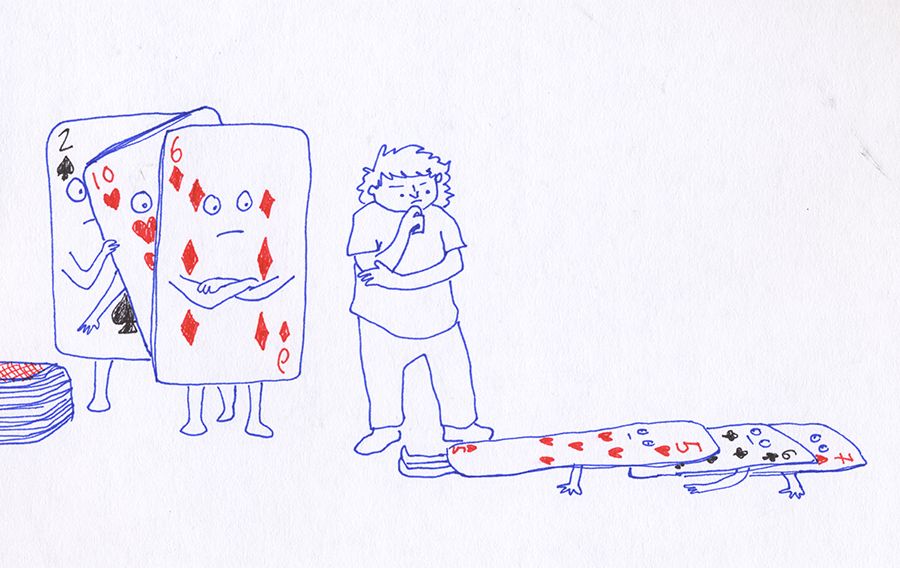 Describing her work as delightful, innocuous and silly, Emma appears to have what editor Mankoff was looking for: a distinctive style and the think, not just the ink. “That’s the work I want to be making,” she said.

Still in her 20s and published in The New Yorker, Emma has already accomplished the cartoonist’s equivalent of pushing a piano through a transom. But don’t be surprised if there’s another piano on the drawing board. Never will never be good for her.