Earlier this year, the world’s last male northern white rhinoceros, named Sudan, died in a conservancy in Kenya, protected by armed guards against poachers and leaving behind his genetic material that researchers hope to use to artificially inseminate the two remaining females of the subspecies. I immediately thought of my conservationist friend, Millie Kerr (’03), whom I met in 2001 when we were students at Wake Forest. For the past decade, Millie has fought to bring attention to wildlife conservation as a lawyer, journalist and consultant. She has a 2016 Master of Philosophy in Conservation Leadership from the University of Cambridge in the United Kingdom. Her dissertation focused on how conservationists can use storytelling techniques, and her articles have appeared in publications such as The New York Times, the Wall Street Journal and the web editions of The Economist, Scientific American and Wired. Her work is at milliekerr.com. This conversation has been edited and condensed.

Q. Do you recall when we first met at Wake Forest, Millie? It scares me to think what fashions we were wearing at the time.

I do! I was the Student Union president, and you were interviewing to helm the travel committee. We immediately clicked, but our fashion choices were less charming than our banter. You had on a goofy turtleneck, and I was probably wearing ill-fitting jeans and a Chi O shirt.

Q. Looking back to your childhood in Texas, can you pinpoint when or how you discovered your passion for animals and wildlife?

I came out of the womb loving animals. I collected caterpillars, saved bees from drowning in the pool and dreamed about joining a lion pride. Photos of me as a toddler show me lying on the floor with our pet dog.

I was also born into an animal-loving family. My mom grew up with pet monkeys and parrots, and my grandparents imported “exotic” species to our Texas ranch. We had zebras, oryx (antelope), ostriches and more. I grew up going on weekend “game drives,” which helped me become an adept spotter. Sadly, I took the ranch for granted and assumed we’d have it forever, but the family recently sold it. 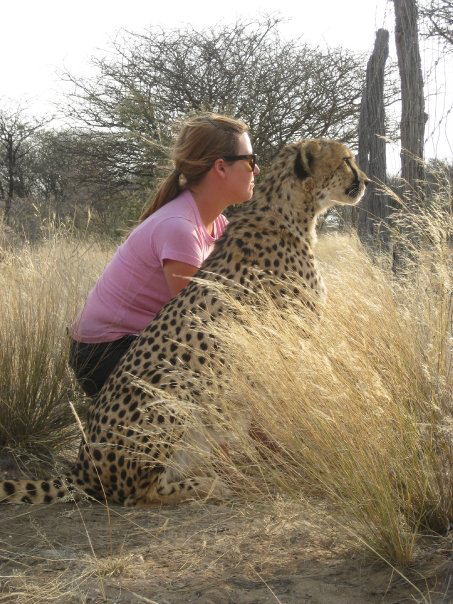 Millie Kerr ('03) volunteered at a Namibian wildlife sanctuary in 2009 and 2010. Her time there transformed her love of animals into a passion for conservation.

Q. After studying history at Wake Forest and law at the University of Texas, you worked in a private law practice in London, followed by government, journalism and nonprofit opportunities in Washington, D.C., and New York. What inspired you to go back to school in 2015 at Cambridge?

When I left law to pursue conservation and journalism in 2010, I had zero credentials. I briefly thought about going to journalism school but discovered that editors were interested in stories and writing capabilities, not degrees.

The conservation space is another story. Most conservationists have Ph.D.s, and intellectual snobbery is rampant. I struggled through high school biology, and my only experience on the ground was volunteering at a Namibian wildlife sanctuary. More importantly, I lacked a conservation network, which is essential when you approach conservation as a storyteller. I needed stories, sources and inspiration.

I worked for five years after leaving law before going back to school because I wanted to make sure I was prepared and focused, and I chose the Cambridge master’s program because it’s about leadership, not science. Plus, Cambridge is dreamy. I pinched myself every day I was there. 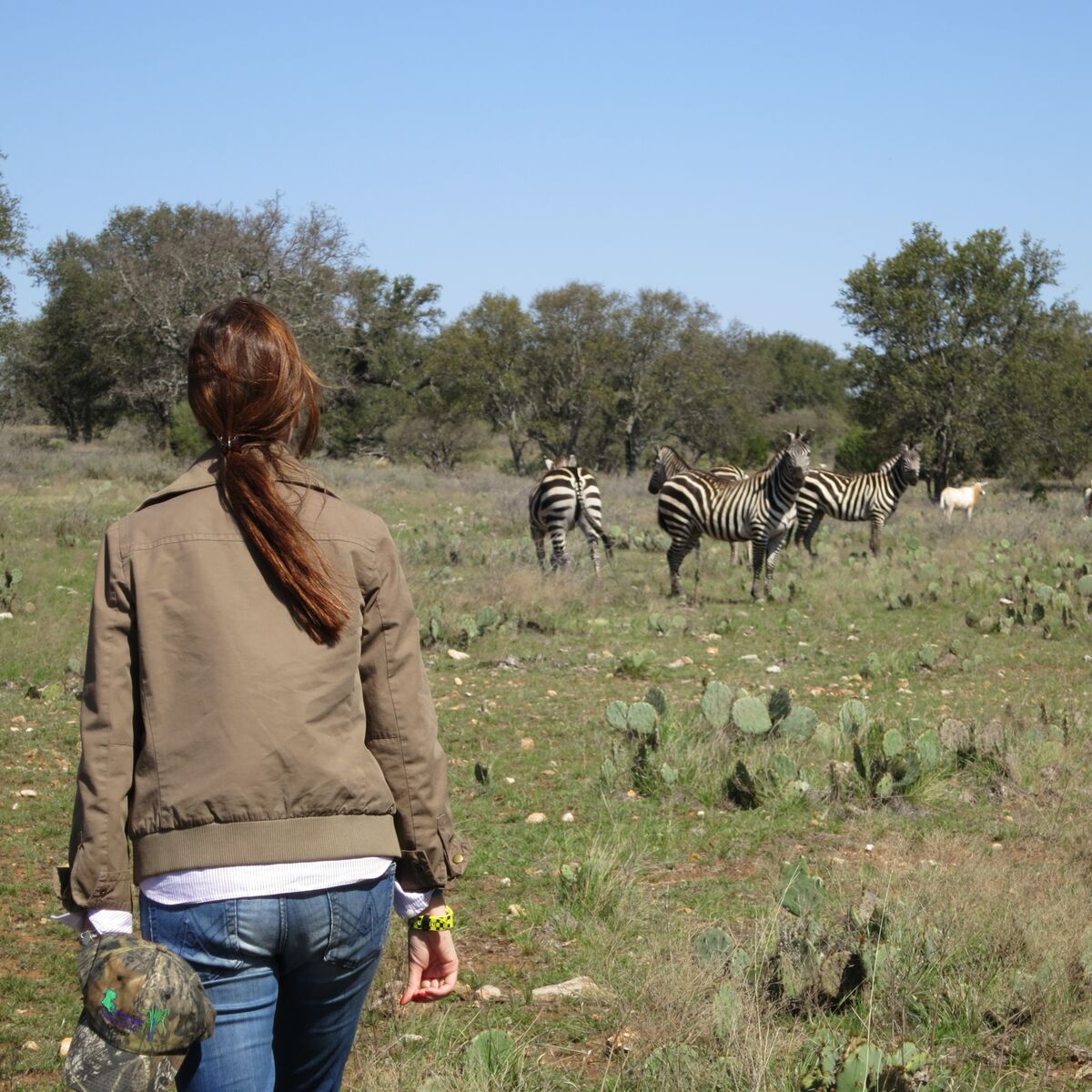 Millie Kerr's family ranch in Texas had an exotic game pasture filled with zebras, oryx (antelope) and other African wildlife.

Q. What advice would you give to Wake Forest students who would like to pursue a career in wildlife conservation?

Take all of the classes you can in the conservation and environmental space and also pursue related subjects that interest you. Don’t be discouraged if you struggle in subjects you love. Biology was the most difficult course I ever took, and I now interview some of the world’s leading biologists. In fact, my unscientific background enhances my conservation journalism because I ask experts the same questions puzzling readers.

My biggest piece of advice for all students is to think deeply about what you want to achieve. Forget about your parents’ and peers’ expectations and be true to yourself. Sometimes finding your passion requires work. There’s a great book called What Color is Your Parachute? that helped me when I felt lost.

Finally, get all of the relevant experience you can, even if it’s virtual. Reach out to professionals you admire on LinkedIn and Instagram. Don’t be afraid to ask for their advice; people enjoy talking about their own experiences. 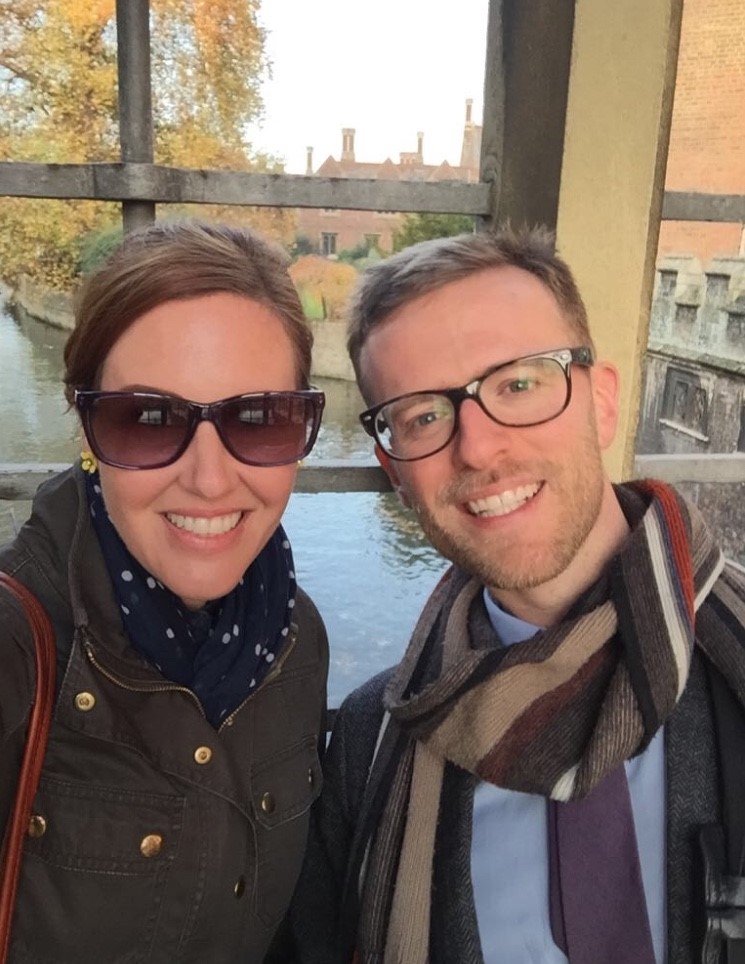 Millie Kerr ('03) and Scott Thompson ('05) together in Cambridge, United Kingdom.

Q. One of our favorite songs to listen to in the car together has always been ‘Taking the Long Way Around’ by the Dixie Chicks. What has been the biggest lesson that you have learned on your own journey?

That song definitely speaks to my winding journey! I’ve learned a lot of lessons along the way, but the biggest one is that you can find a profession you love. It won’t be perfect, and there will be plenty of challenges, but work can fulfill you.

Scott Thompson (’05) grew up in Louisville, Kentucky, and majored in political science, with minors in French and international studies. After receiving his master’s in political science from the University of North Carolina at Chapel Hill and Sciences Po in Paris, he worked in Washington, D.C., in communications for environmental and global health organizations. Since 2013, he has worked in pharmaceutical corporate communications in the United Kingdom and will transfer to Gothenburg, Sweden, this summer. He has defeated Millie only a couple of times at Bananagrams but remains hopeful.