Elise “Blueberry” Wallace (’11) has given herself the joy — and the burden — of freedom.

She is hiking the Appalachian Trail, finishing what she began in 2012 when she and a friend finagled graduation a semester early in December 2011. That’s when Wallace earned her trail name “Blueberry,” for the blue rain pants and jacket she wore. After 700 miles across the ancient hills and valleys, she stopped.

This time, she’s determined to go the full distance of 2,190 miles NOBO (northbound) from Springer Mountain in Georgia to the top of Mount Katahdin in Maine (without the blueberry gear, opting for just a black jacket this time.) She’s technically alone but rarely by herself on what she calls a very “social trail” where making friends is part of the deal. In fact, she is making the hike a multimedia project called The Ones Who Walk, recording why people do this, with audio clips, photos and her own eloquent storytelling at theoneswhowalk.com. She pitched it in a literary competition to Narratively.com, made it to finalist, didn’t win the funding and decided to do it anyway. 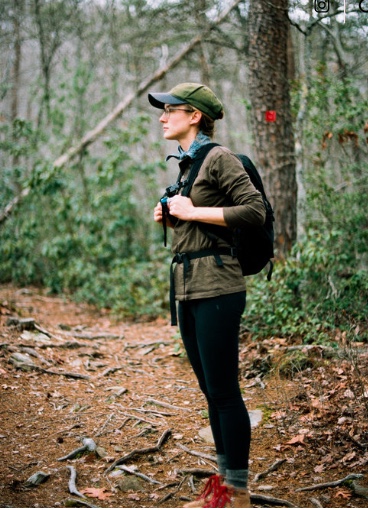 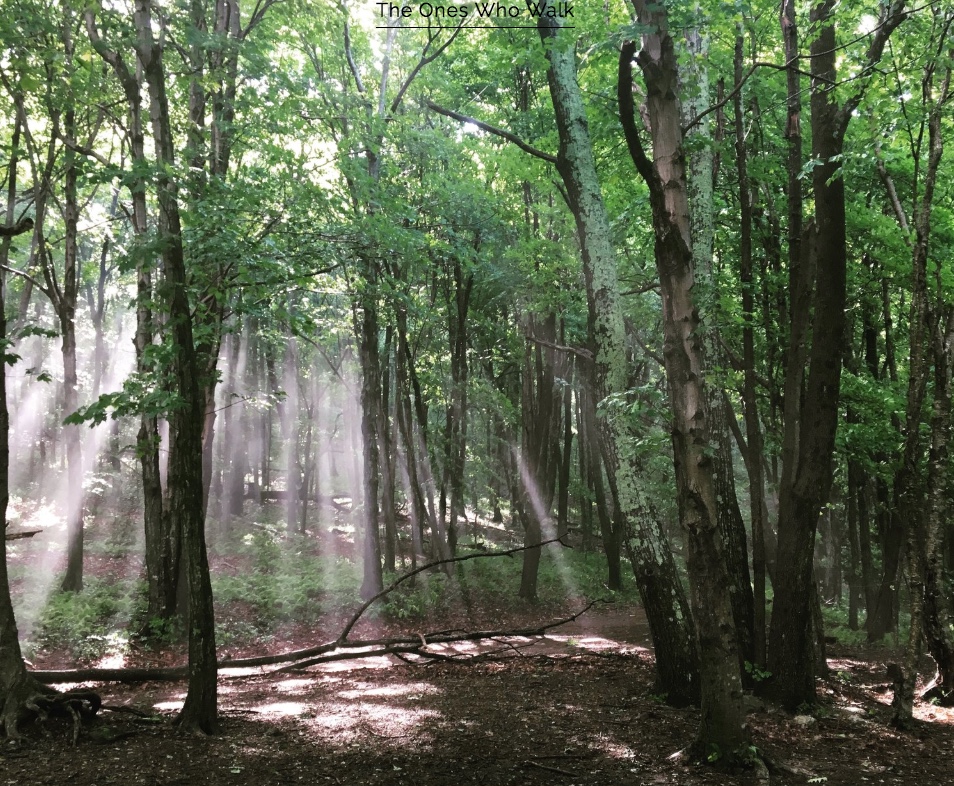 This time around, Wallace is 28 years old, and she’s learned a thing or two about herself. She recognizes that the challenge of this trail is not the physical difficulty, at least not for an experienced hiker who can say, as she did on her June 25 blog entry: “Today was a wonderfully relaxed day. We only had to hike 15 miles.”

It’s not that adrenaline is unknown. Her most painful stretch came at the end of a long day climbing Dragon’s Tooth ridge. She was out of water when she met up with an eight-foot vertical drop to a narrow dirt trail and two miles of rocks to pick through. She thought it would take 45 minutes to finish the day. “Two hours later I was sitting outside of a hostel, underneath a running water spigot. I was crying,” she wrote on her blog. 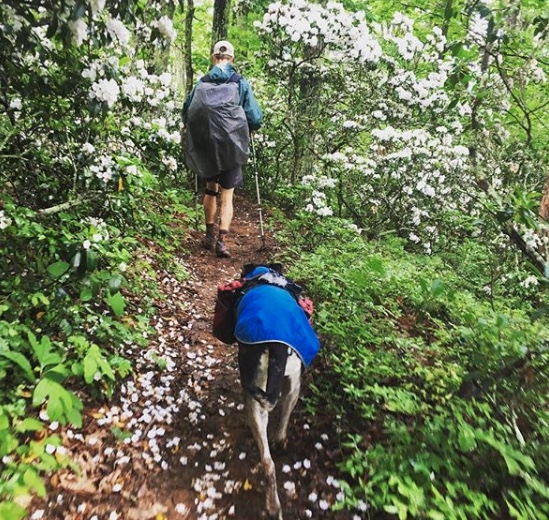 Trail friend Bru Hiker walks with Sadie on the trail.

But most of the time, exertion isn’t the devil. The Appalachian Trail lacks both the altitude challenges and the Alice-in-Wonderland drama of the snow-capped Rockies or the Alps.

“It’s actually the mundane nature of this that gets people off trail,” Wallace says. “They get burnt out and they get tired because it’s just the same. It’s not huge alpine views, like you get on the Pacific Crest Trail. There’s not a lot of variability in terms of the ecosystems or the landscape. You just go through the green tunnels and do the same thing every day.

“When people are thinking about it from point A to point B and that’s the only way they’re looking at it, it’s an awful experience. … I think that’s part of the reason I got off last time. I was just like, ‘Man, I’m just doing the same thing every day, trying to get to this place.’ That’s just not the way to think about it.” 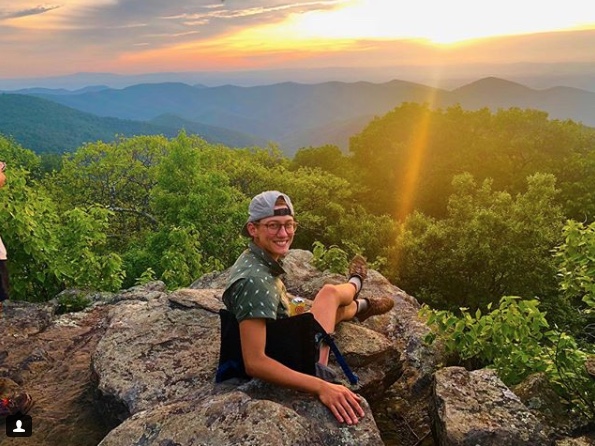 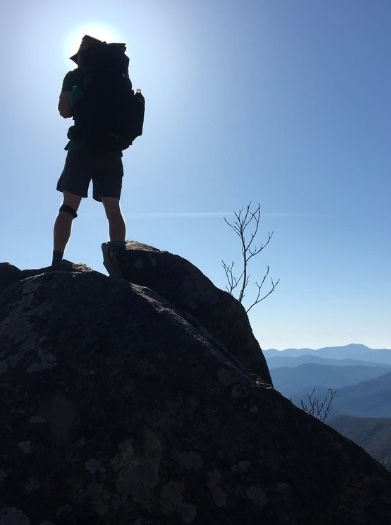 “People go crazy out here because there is no structure. It literally doesn’t matter if you wake up and hike 2 miles or you hike 20,” she says. “The mountains are so old, and they seem so demure, but there’s a lot that you can find if you just take the time to explore the little hollers and nooks and crannies. … This trail is so much about the long game and what are you going to do in between point A and point B? How is that going to fulfill you?”

A little bit like life. Which is the point.

Her project description explains: “While the stories gathered are from hikers, the questions explored in the project speak to a human experience beyond the trail: what forces operate in our lives that lead us to such journeys and how are we changed during the experience? … WHY do we feel the need to escape, leave, to risk? What does it mean that people continually feel the desire to break away — and what happens when we choose to walk?” 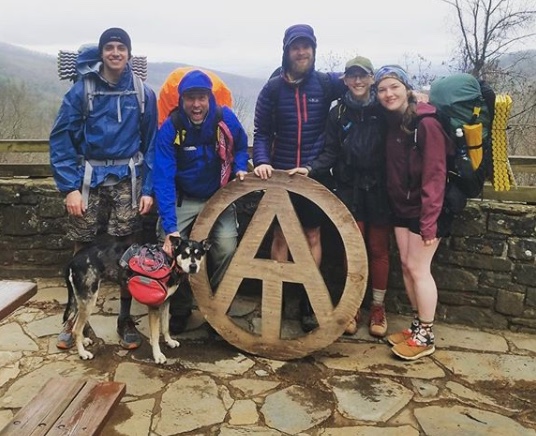 When we spoke by phone on June 30, Wallace was in Duncannon, Pennsylvania, 10 days after reaching what passes for the psychological, if not technical, halfway mark — Harper’s Ferry, West Virginia. She was feeling the loss of the companion who started with her — Sadie, her dog. Sadie had developed a painful limp, so Wallace’s parents came to Harper’s Ferry and took Sadie home with them on June 22. Letting her pup go was Wallace’s most difficult decision so far.

Wallace came to Wake Forest knowing she would major in English. She minored in environmental studies. She owes her fascination with hiking to Wake Forest, where she discovered Outdoor Pursuits, the adventure headquarters at Campus Rec. She was hooked. She credits much to Paul Bogard, who lectured in English at Wake Forest and is now an associate professor at James Madison University. The author of several books on the natural world, he has been her mentor. He also helped her squeeze in a four-hour independent study to qualify for early graduation. “I’d come and hang out with him and read books, like ‘Omnivore’s Dilemma’ (A Natural History of Four Meals) or we’d read some John Muir and Edward Abbey and all those traditional nature writers.” 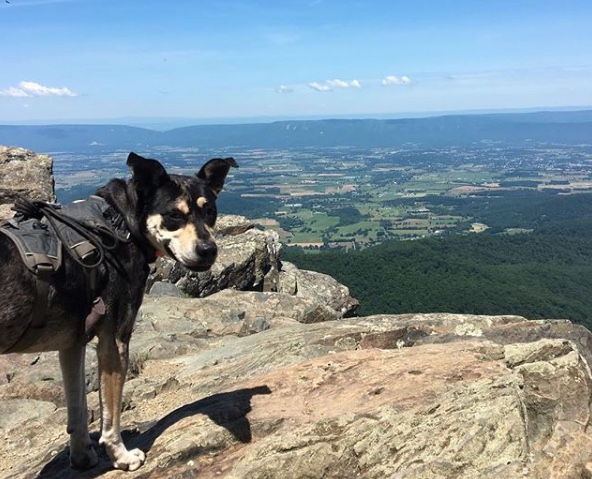 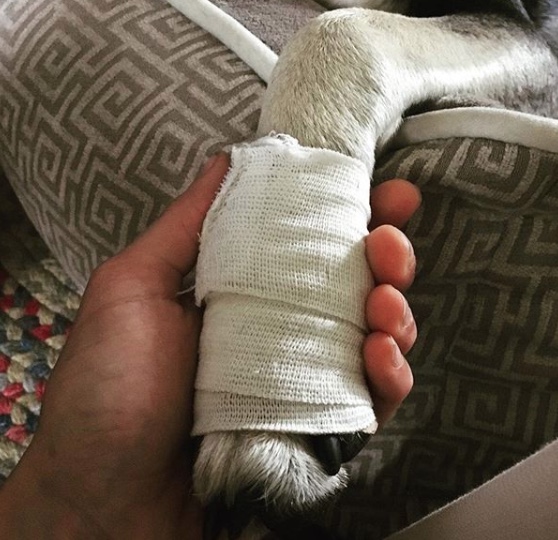 Sadie's bandaged foot gets a rest for a day, but she couldn't recover completely and went home with Elise Wallace's parents on June 22.

Before beginning the Appalachian Trail at the end of March, Wallace worked at Camino Bakery in downtown Winston-Salem and worked on fundraising and development for the nonprofit Authoring Action and the Arts Council of Winston-Salem & Forsyth County. Her employers are supportive of her trip.

Part of her reason for chronicling the journey is to counter misconceptions about the trail. People often ask whether she’s safe as a solo hiker. “It’s an extremely, extremely social trail. I’m not alone and isolated for days on end,” she says. “I don’t ever really feel unsafe.”

It takes lots of extra time and work to keep up with her writing and overcome the technical challenges of recording and posting. But the stories of trail angels (those who help hikers) and the relationships she’s developed with hikers who carry trail names like Van Gogh, Toast, Mountain Goat and No Justice have been a key part of the experience. She’s found more retirees than she expected. She’s found that trail magic exists, that the trail is profoundly spiritual and transcendental for many.

“There’s so much letting go … and not having as much control over every single aspect of your experience, … being OK with that,” she says. 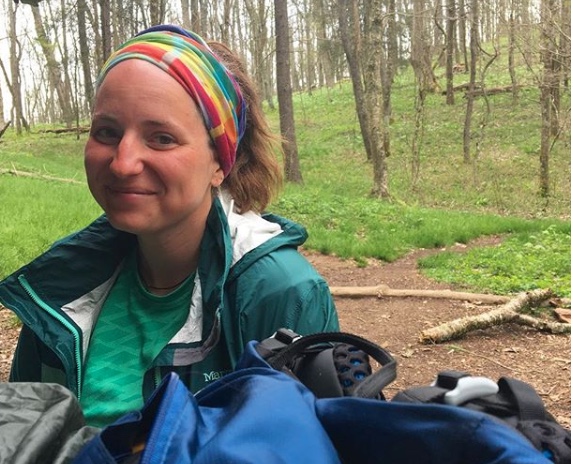 As for anyone considering a “thru-hike,” Wallace says, “My biggest piece of advice is you’re the only one who can decide to do it. You won’t regret the choice.”

Her logistical advice is short and sweet: “Every ounce matters.” She shed a lot early on and settled on 20 pounds as her sweet spot for what she can carry.

Is it too soon to think about what’s next? She plans to work on remodeling a van when she gets home. And she’d like to try mid-range hikes in the West for some of that big-peak drama. 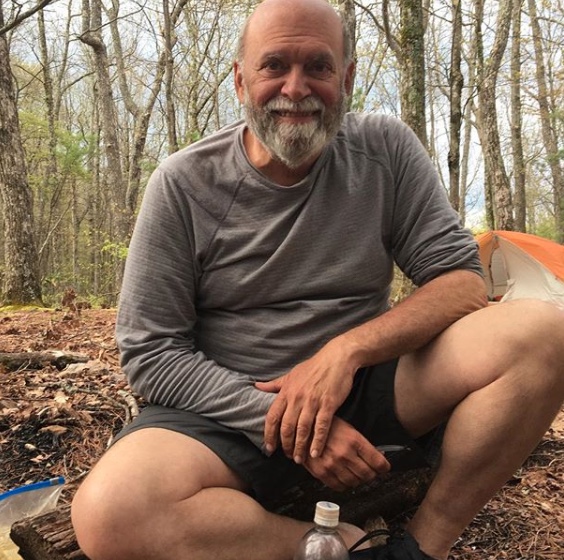 For this summer, she’s focused on taking ownership of her freedom.

“Knowing want we want with our lives has been a choice from the beginning. The trail merely provides a stripped-down existence that brings each person in direct confrontation with that choice. The freedom of choice is stifling, exhausting and overwhelming at first. Maybe not even at first, but always,” she wrote June 12.

She is gradually letting go of deadlines and the need to keep up with hikers she has befriended.

“I have confidence in my desires. I cultivate this confidence every day,” she wrote.

“To know, uncompromisingly, what you want with your next hour, this day, your life, and be able to act on it — that is freedom.” 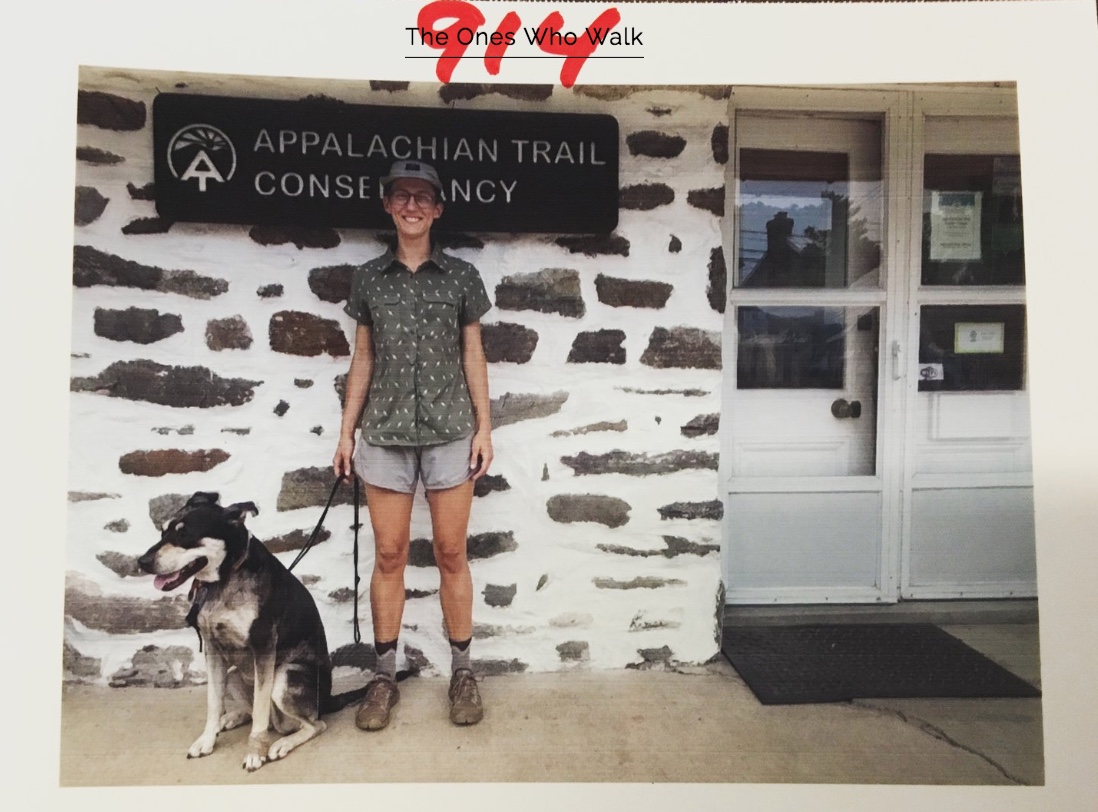 Elise Wallace ('11), hiker number 914 to pass through Harper's Ferry, West Virginia. At mile marker 1,024, Harper's Ferry is the psychological halfway point of the Appalachian Trail. It was the end of the trail for Sadie but the beginning of a second half for Wallace.