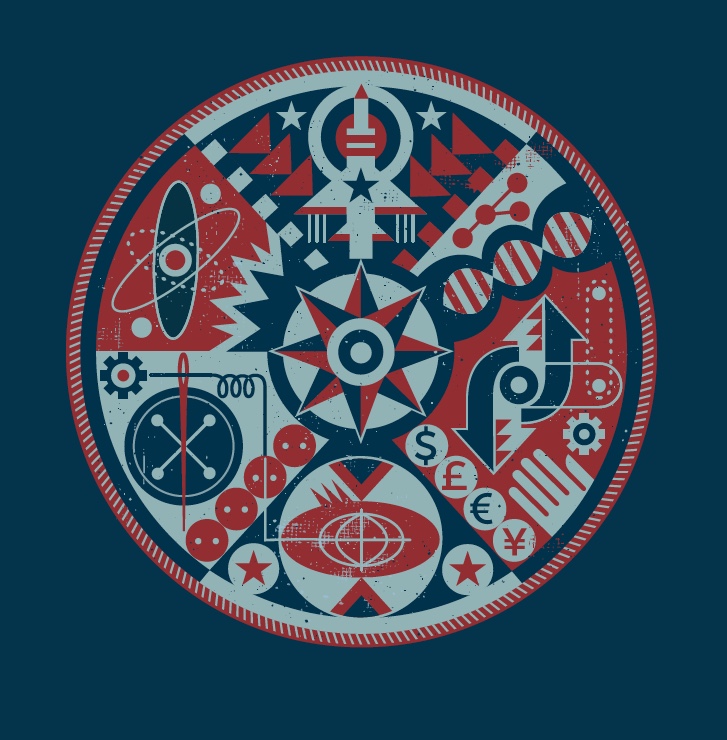 While the global offerings in Wake Forest’s course bulletin are vast, it would be impossible to account for the many ways, through inquiry and instruction, the faculty help students make sense of the world. In that spirit, Wake Forest Magazine aimed to present a sample, asking six faculty members to identify important global issues that have emerged in their fields of expertise. They were asked: “What are the global issues in your field that you wish people knew more about or understood better?” Their answers follow.

Ellen Miller is a paleoanthropologist who has spent decades studying the fossil evidence for primate and human evolution. Most recently, she worked with an international team of researchers who discovered a 13 million-year-old fossil ape skull in Kenya that sheds light on ape ancestry.

There isn’t a straight line between finding a specific fossil and answering some larger global question. In biological anthropology, the study of humans as biological animals, we’re interested in things like how we came to have a big brain and why we walk upright on two legs. How did we come to be the way we are, while our “cousins,” the apes, took different paths?

The fossil record is important, not because it directly answers some particular question, but because of the context that it provides for understanding ourselves. Working with the primate fossil record, we know that humans are a recent species so there is very little diversity among us, as opposed to many other kinds of animals, which have been around on the planet for longer. Because we’re “visual animals,” we have sometimes imbued the differences among us that we can see with meaning that it doesn’t really have. The differences among us are really superficial, in terms of actual genetic differences. We’re very similar to each other because there just hasn’t been time for very much variation to have evolved. That’s not philosophy, that’s not ethics; that’s biology, the actual story of how we came to be the way we are.

I think people have a hard time with geological time; 100,000 years or 200,000 years sounds like a lot. But in terms of how much genetic variation you can possibly have in that time, it’s the blink of an eye.

We (the United States) are the hegemonic power since 1945, but then gradually, you cannot deny, there is some kind of change, decline — and definitely a challenger comes in. A challenger is not necessarily bad. It sometimes may allow you to rejuvenate, renovate or innovate. In this case, that would be China.

(One issue is) North Korea, because it’s not simply just the multiple players involved; it’s also involved in nuclear weapons. Then the second issue we need to watch will be Russia and then China. 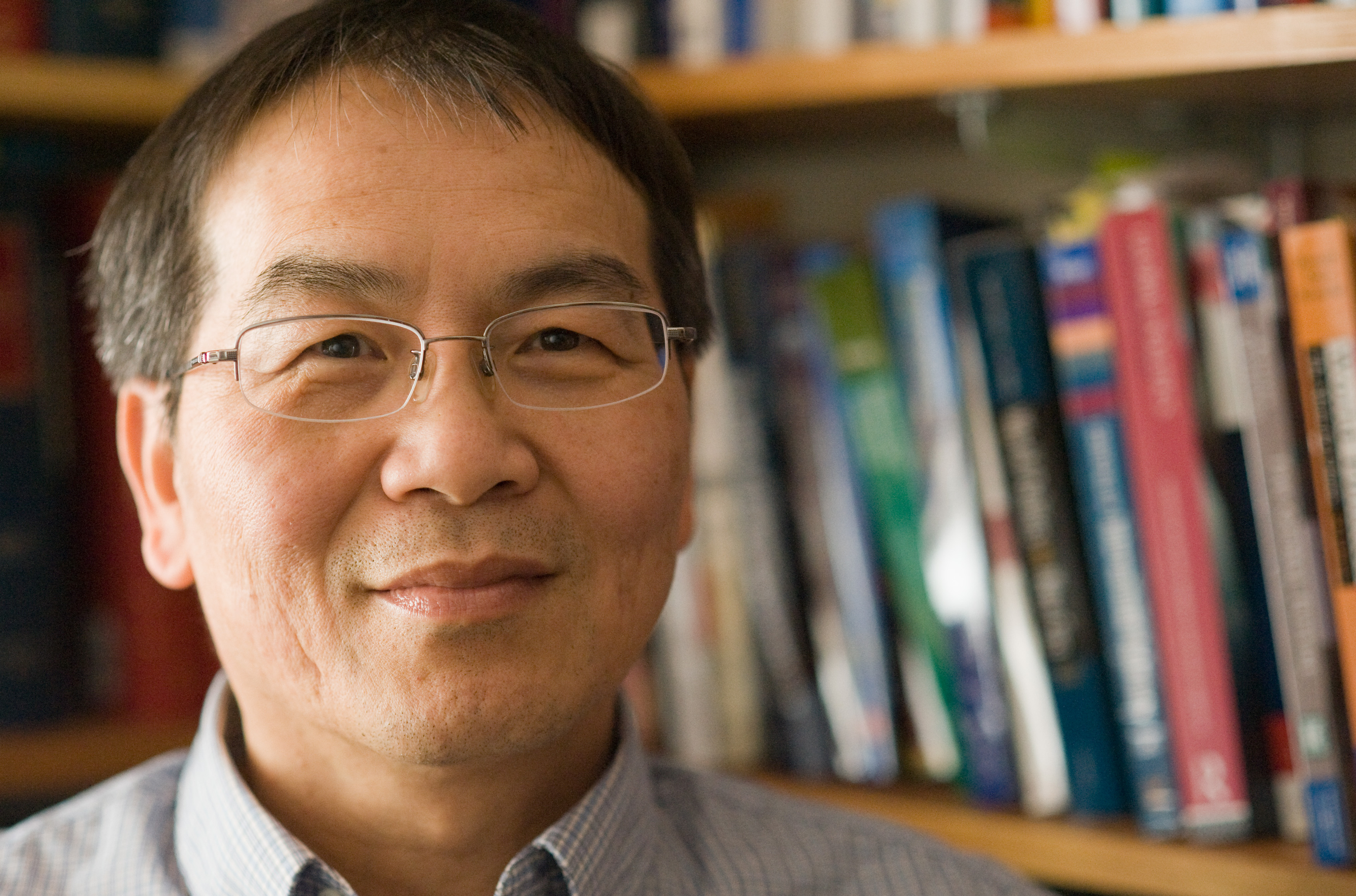 When you look into Russia’s gradual rise, they are trying to be a hegemonic power in their region, and they suddenly want to play a larger role. If the U.S. continues to adopt some kind of hostile policy, and then you have trade protections, if (Russia and China) decide to form some sort of temporary coalition, then that becomes a more serious issue.

China presents several issues. Tariffs or trade barriers against the U.S. is an international issue, but who’s going to get hurt? Farmers in the United States. Politicians have to answer to a local constituency. “Put your seat belt on. We’ve got to go through a rough patch, but ultimately you’re going to benefit from this” is a hard thing to communicate and/or have it believed and accepted. The congressman has to bow to the short-term concern.

The other big issue with China is the South China Sea. The U.S. has dominated that area since World War II. But China and others are challenging it (by building artificial islands and claiming waters around them.) This is an important navigation channel. You just hope you can maintain the status quo. The tricky part is, hopefully, no country is going to be trigger happy.

Marina Krcmar (P ’17) researches the effects of video games and television on children and adolescents. For a First Year Seminar this fall, she’s researching, with her students, a topic that arose for personal reasons: how to become an ethical consumer by considering how the products we buy, especially food and clothing, affect people around the world.

My father was a refugee from what was then Czechoslovakia, and my mother is from Indonesia. Because of my family’s background, I became interested in the problems of trafficked labor, child labor, and refugee and immigrant labor, including dangerous and unethical work conditions globally and here in the U.S. 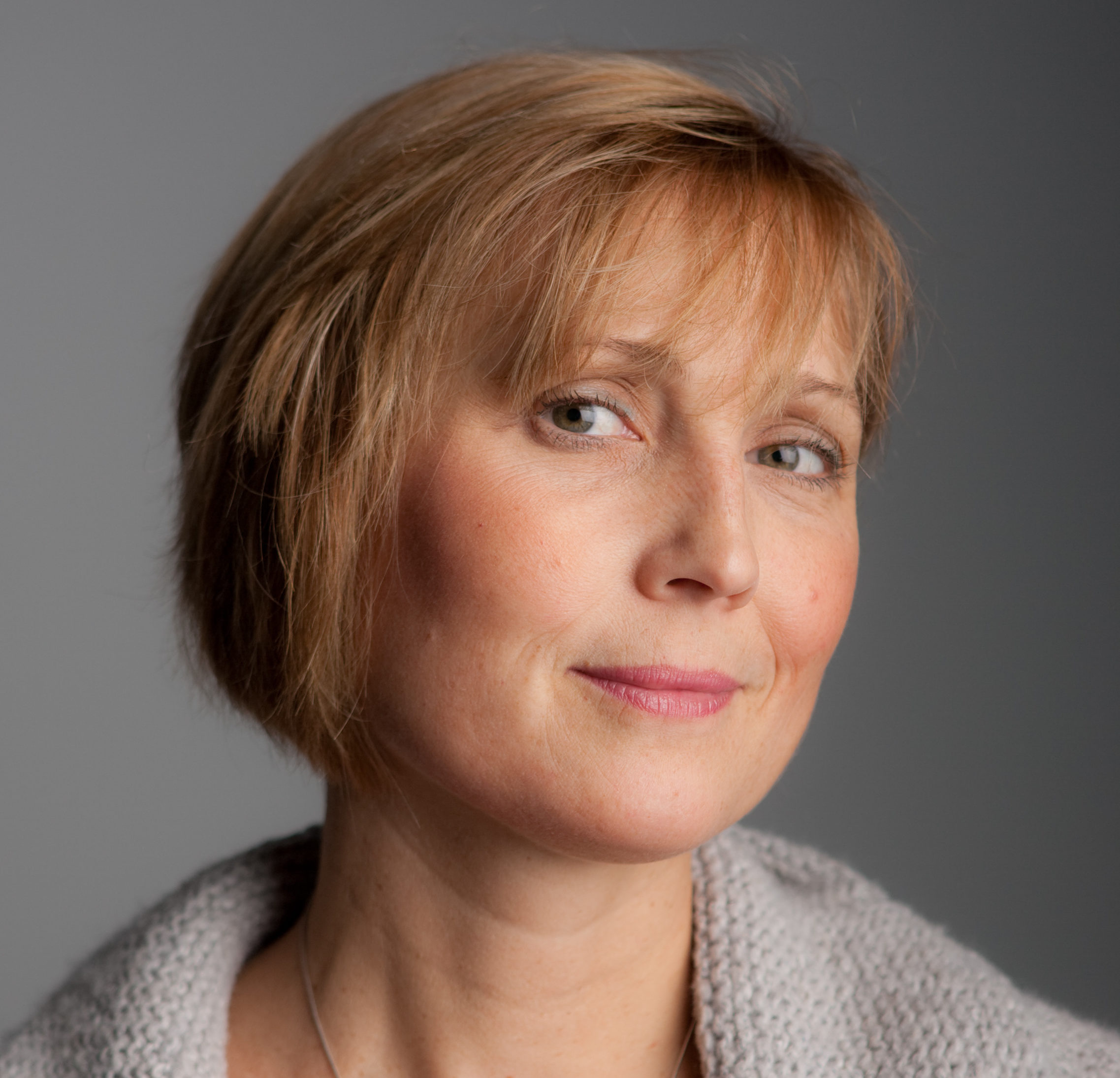 The food that we eat and clothes that we wear have truly frightening consequences for human beings globally. Food is an easier area to tackle, especially living in the South, where we have access to food that’s produced locally. Clothing is much more difficult to buy ethically because it’s incredibly difficult to follow a supply chain to its source.

That gets to the larger questions of globalization. We have a special responsibility to think about the way our purchasing influences people globally who often don’t have a lot. It’s an excuse to say, “Well, if I don’t buy this, they wouldn’t have anything.” That just eases our conscience so that we can wear our cheap shirts.

I want to increase students’ awareness and their critical thinking about the impact that we have. I hope students will become more thoughtful and ask, “Where should I buy this? Are there ways that I could meet the need in a more ethical way?” We can have a positive impact through our purchasing power because we are such a wealthy nation. We may have to spend more and buy less to bring about change.

Neal focuses primarily on African-American religious studies. He also teaches and researches in world religions and popular culture and gender studies in religion.

We have legacies that we thought were gone and that have resurfaced, and they are forcing us to revisit them — European colonialism; in terms of the U.S., the history, the legacy of slavery and Jim Crow and how those legacies are part of particular identities — our Christian identities, our Anglo-American identities, European identities — related to this thing we call empire.

In the U.S. and Europe, you have these expressions of nationalism that have emerged. Immigration has brought these out — this global fear of someone called “the other,” “the stranger,” “the minority.” 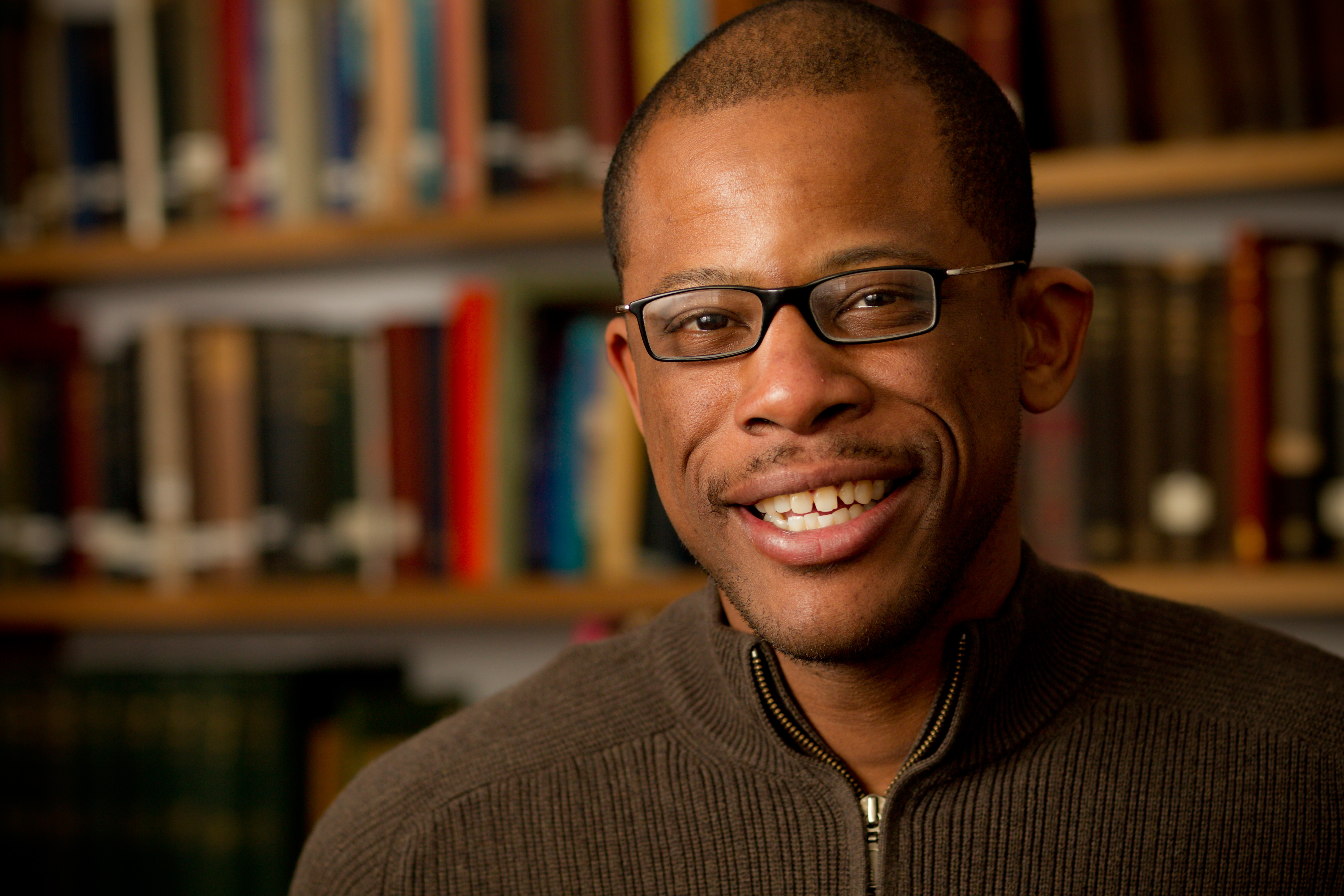 In class, we talk about the possibilities in quelling the xenophobia that exists, confronting it and to look at the source of the fear. And one way you do that is by looking at your religion. Religion has played a part in perpetuating injustice, at the same time fighting against injustice. Related tensions exist across the globe. The common denominator is this fear of their world coming to an end.

(In Western countries) it’s a declining empire, exacerbated by the changes that you didn’t expect. Americans, capitalists in particular, have done an exceptional job of planting the idea of American exceptionalism all over the world. We watched the movies; we consumed the culture; we wear Air Jordans and listen to rap music; and here we are – we want to be (U.S.) citizens.

Awareness is important. It’s a kind of enlightenment. It’s the beginning. It is not an end in and of itself. It has to be coupled with action, on-the-ground movement.

Dalton specializes in international trade, macroeconomics and economic history. He was a Fulbright scholar at the Vienna University of Economics and Business Administration in Austria, a research analyst at the Federal Reserve Bank of Minneapolis and a visiting scholar at Chinese University of Hong Kong.

Overall, the economic gains from trade outweigh the losses; 99 percent of economists would agree with that. (Trade) allows you to specialize. You can do what you’re good at, and China can do what they’re good at, and the price goes down because your markets are both bigger. The second is taste for variety. You don’t have to settle for Budweiser; you can drink a German beer. The third thing is increased competition, which forces better quality and lower prices. The fourth big thing is the “peace dividend.” As you bind countries together economically, they are less likely to have conflict between them. 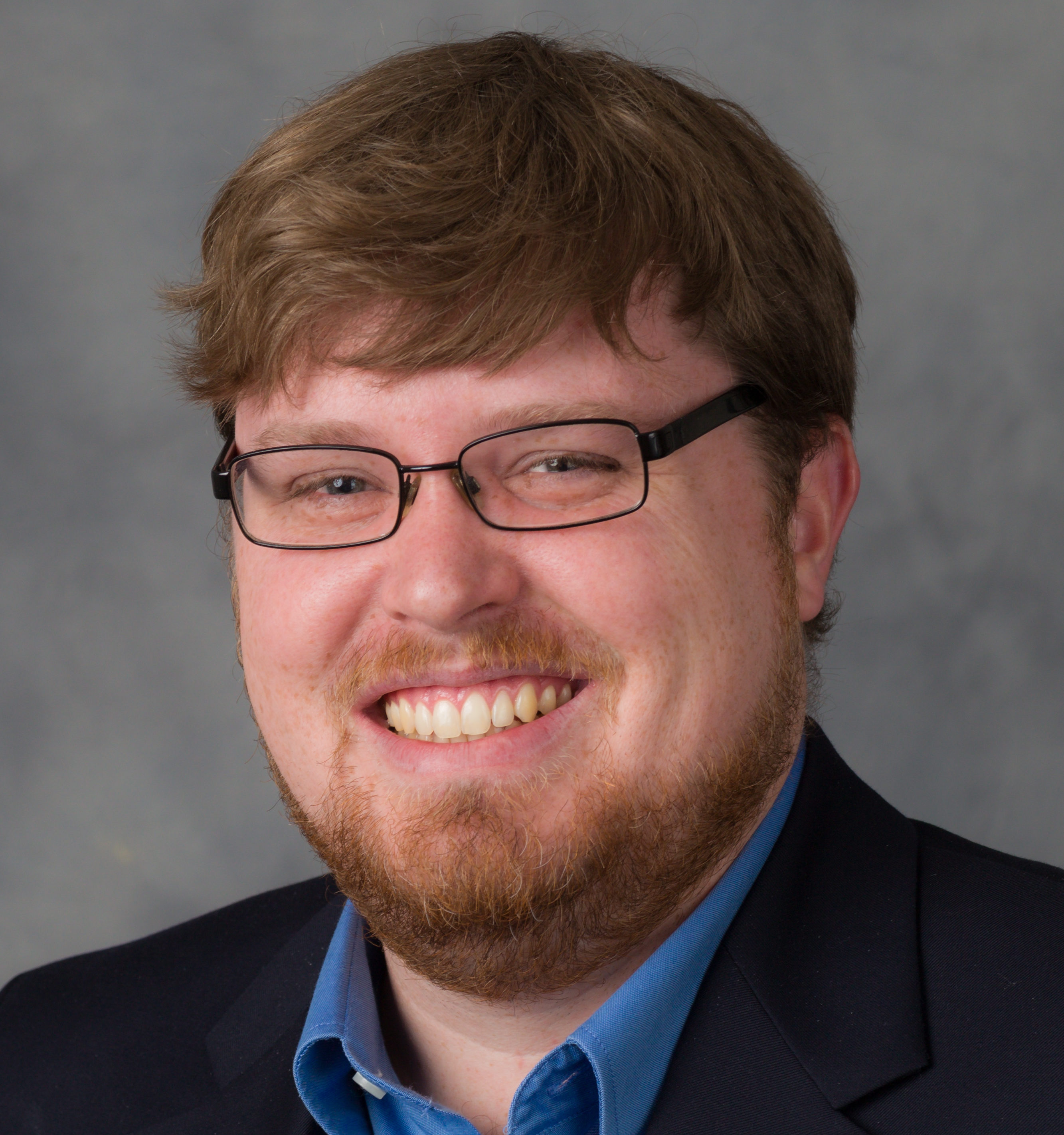 But despite the gains there are still losses, and we don’t talk seriously enough about them. We have policies in government to retrain or help those who lose out (under) trade agreements, but tell that to a 50-year-old who lost his job. It could be technology, or a mismatch in education and what’s required for jobs. But there’s a tendency to blame our own domestic problems on international trade, on the foreigner.

But tariffs don’t solve the problem. Is the number of jobs you create in the steel industry going to match the number that will be lost in other industries like cars because the price of steel goes up? (President Ronald) Reagan created import restrictions on cars not made here. Japan started manufacturing here, jumped the tariff. Now they’re more competitive than they were before.

You don’t like local competition either, but no one is calling for tariffs between North Carolina and Virginia. You can devise policies that compensate these people who lost out so that the overall gains are not sacrificed.

Though a native of Kentucky, Elena Clark spent much of her childhood and youth in Russia. She teaches Russian language and literature and a First Year Seminar, Russia at War: Afghanistan, Chechnya and Ukraine in Russian Culture. She researches contemporary Russian military prose, with a focus on the Chechen conflicts.

Since the collapse of the Soviet Union we have shown a total lack of understanding of Russia. Russia sees itself as a global superpower, and their actions are guided largely by their interests to be taken seriously as a major world player. The U.S. sees Russia as a former power that it defeated. Most news articles, at least until very recently, alluded to its former status, its current precarious condition, and its inability to defeat the U.S. The Obama administration made it a priority to turn their focus from Russia to China. The State Department has significantly reduced funding for Russian studies. 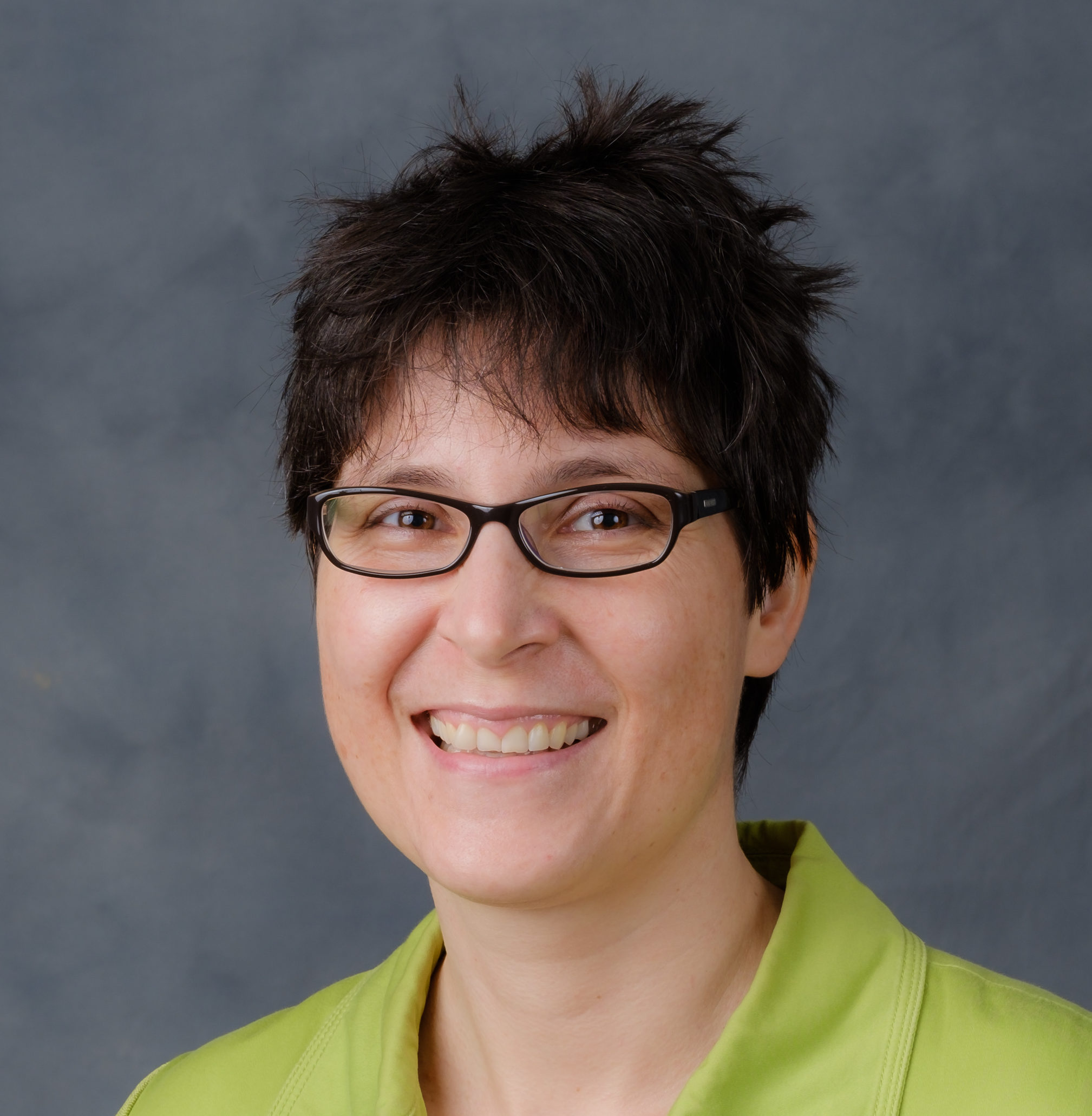 All this has led to a lack of understanding of Russia and surprise and dismay when Russia suddenly pops up as a player. Downplaying Russia’s importance leads the U.S. to misjudge how Russia will react. We saw this in the ’90s with the conflicts in Yugoslavia and more recently in Syria and Ukraine. The U.S. consistently walks into these traps that we’ve set ourselves: Why should we still pay attention to Russia? Well, they’re still the largest country in the world geographically and still a nuclear superpower.

The most effective way to deal with Russia is to recognize that Russia still sees itself as a superpower. We can’t control Russia. Russia wants, and in de facto has, a sphere of influence in Eastern Europe, just like the U.S. has in other parts of the world. We should not interfere with their sphere of influence; it’s kind of a return to Cold War thinking in a way. I think if the West recognized what Russia wants, then Russia would be much more cooperative on issues like Iran and North Korea.

Read At Home in the World, the accompanying story about Wake Forest’s approach to global education.