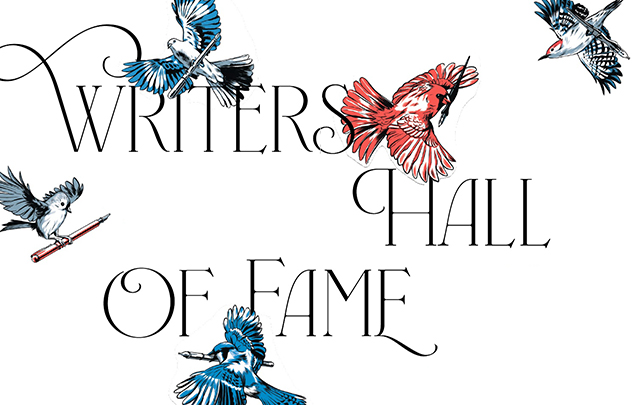 Journalists, authors and lovers of the written word gathered at Wake Forest in December for the latest celebration of alumni writers, past and present, during Words Awake 3!

The weekend began Dec. 7 with a look at the life of poet A.R. “Archie” Ammons (’49, D. Litt. ’72) by Robert West (’91), professor of English at Mississippi State University and editor of the two-volume “The Complete Poems of A.R. Ammons.” Poet and author Emily Herring Wilson (MA ’62, P ’91, ’93), whose friendship with Ammons spanned decades, moderated the program.

These four alumni were inducted in the Wake Forest Writers Hall of Fame: 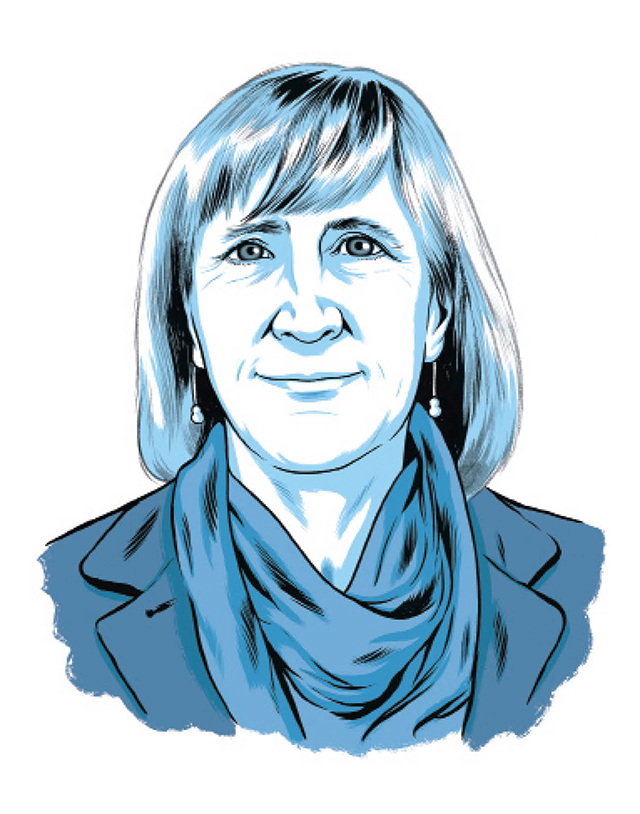 Betsy Teter is editor of Hub City Press and founder of Hub City Bookshop and has helped revitalize both the Southern literary scene and her hometown of Spartanburg, South Carolina.

Teter came to Wake Forest to major in history with plans to become a fiction writer. She found her first calling in journalism and spent 15 years working at newspapers in South Carolina, including a stint as business editor of the Spartanburg Herald Journal.

In 1995, she launched the Hub City Writers Project to publish an anthology of essays about Spartanburg. From those modest beginnings came Hub City Press, which publishes new voices from the American South. Hub City has received the (South Carolina) Governor’s Award in the Humanities and a score of Independent Publisher Book Awards.

In 2010, Teter founded Hub City Bookshop, a nonprofit independent bookstore that has become a home for aspiring writers. The bookshop sponsors a summer writers conference and a writers-in-residency program and awards college scholarships to promising young writers. She also is the founder of HUB-BUB, which sponsors music, film, art and theatre programs in downtown Spartanburg.

Teter has received the Tourism Person of the Year award from the Spartanburg Chamber of Commerce. Both Teter and the Hub City Writers Project have received the Elizabeth O’Neill Verner Awards for the Arts, South Carolina’s highest arts award. The South Carolina Arts Commission wrote that she “will go down in the state’s arts history as a visionary, a leader and a passionate nurturer of South Carolina’s readers and writers.” 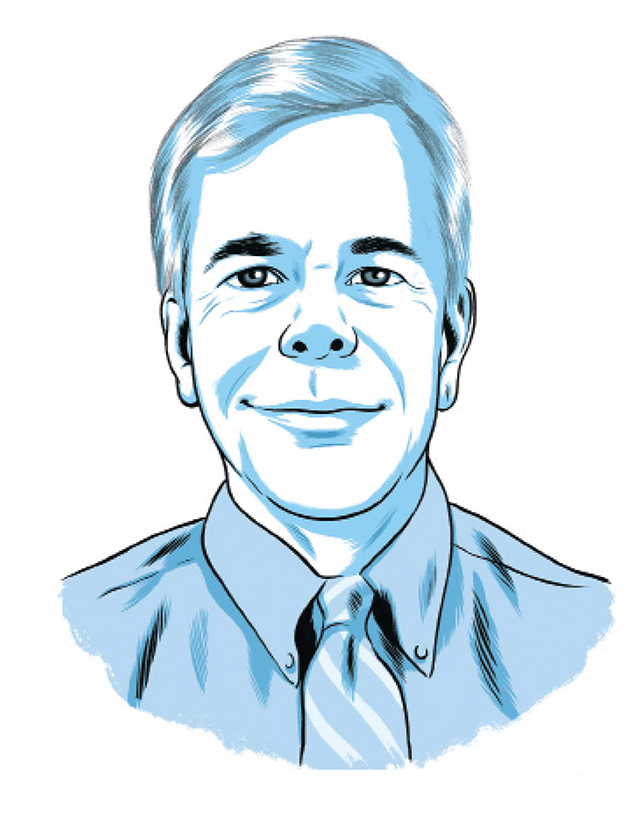 Doug Waller is a best-selling author and a distinguished veteran journalist who covered stories in the nation’s capital and around the world.

A native of Norfolk, Virginia, Waller majored in English at Wake Forest and was co-editor of the Old Gold & Black. He received a master’s degree in urban administration from the University of North Carolina at Charlotte and was a legislative assistant in Washington, D.C., before joining Newsweek in 1988.

During two decades as a Washington-based correspondent for Newsweek and then TIME, he covered the Pentagon, Congress, the State Department, the White House and the CIA. He also reported on the Middle East, the Gulf War, the Iraq War and military conflicts in Somalia and Haiti.

Waller forged a second career writing nonfiction books on the military and World War II spymasters. He first won acclaim with a series of books offering unprecedented insight into the making of America’s top warriors: “The Commandos: The Inside Story of America’s Secret Soldiers,” “Air Warriors: The Inside Story of the Making of a Navy Pilot” and “Big Red: The Three-Month Voyage of a Trident Nuclear Submarine.”

Most recently, he has written two books on the World War II-era Office of Strategic Services, the forerunner to the CIA: “Disciples: The World War II Missions of the CIA Directors Who Fought for Wild Bill Donovan” and The New York Times best-selling biography “Wild Bill Donovan: The Spymaster Who Created the OSS and Modern American Espionage.”

Waller lives in Raleigh, North Carolina, and is a former captain in the U.S. Army Reserves. 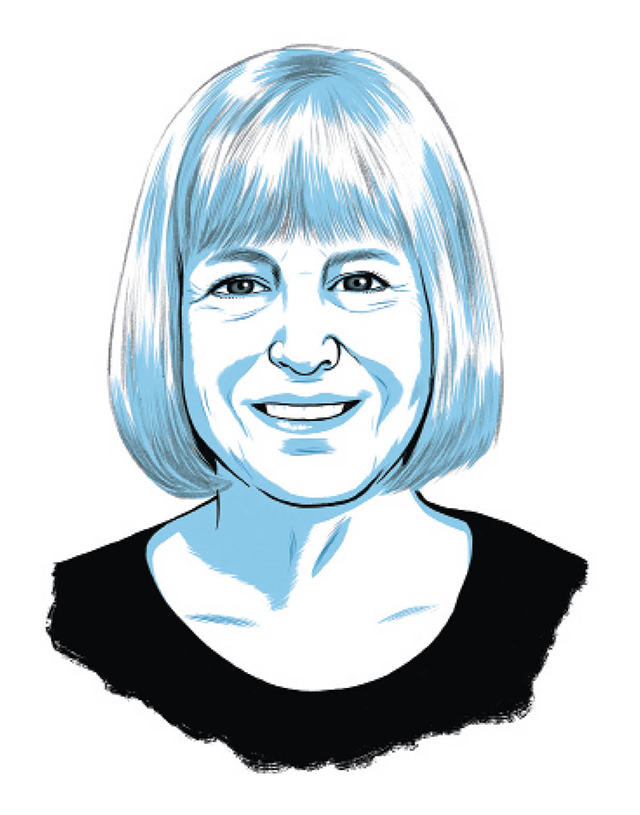 Jo Thomas achieved many “firsts” as a woman covering major domestic and international news stories as an award-winning reporter, editor and bureau chief for The New York Times and other newspapers.

Thomas began her journalism career at Wake Forest by reviving The Student literary magazine, which had been shut down for several years. After graduating, she received a master’s in English from the University of North Carolina at Chapel Hill. In 1971, she became one of the first women to receive a prestigious Nieman Fellowship at Harvard University.

Early in her career, Thomas won national awards and recognition for her investigative reporting at The Cincinnati Post and Times-Star and the Detroit Free Press. She spent two decades with The New York Times as a reporter in the Washington bureau, chief of the Miami-Caribbean bureau, correspondent in the London bureau and assistant national editor in New York.

During her long journalism career, Thomas covered stories in 49 states and in Europe, South Africa, the Caribbean, Central America and Australia. She covered the investigation and trials after the 1995 Oklahoma City bombing and was part of the Times’ team that won the 2002 Pulitzer Prize for Public Service for reporting on the aftermath of the September 11 terrorist attacks.

Thomas, who lives in Urbana, Illinois, also taught journalism at the University of Illinois at Urbana-Champaign and Syracuse University before retiring from Syracuse in 2007. She received Wake Forest’s Distinguished Alumni Award in 1983 and is a member of the Cincinnati Journalism Hall of Fame. 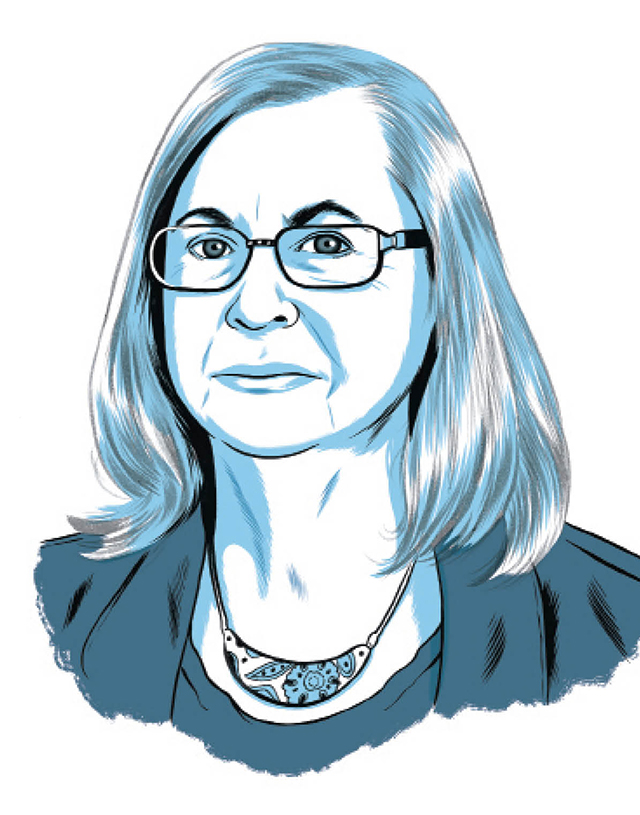 Linda Brinson has had a distinguished career in journalism as a reporter, editorial page editor, book reviewer and teacher.

The daughter of an Army veteran, Brinson lived in different parts of the country until her family settled in Madison, North Carolina. At Wake Forest, she was an English major and editor of the Old Gold & Black.

After graduating, she worked briefly at the Winston-Salem Journal and as editor of Wake Forest Magazine before joining The Baltimore Sun. As assistant national editor — the highest position in news held there by a woman at the time — she handled stories from the resignation of Vice President Spiro Agnew to Watergate and the resignation of President Richard Nixon.

Returning to North Carolina in the late ’70s, she was a reporter, feature writer and editorial page writer for The Sentinel, Winston-Salem’s afternoon newspaper, until the paper closed in 1985. Moving to the morning Winston-Salem Journal, she wrote feature stories and book reviews and was eventually named editorial page editor, the first and only woman to hold that position at the Journal.

For 25 years, she edited what she’s called a labor of love, the Journal’s book page. Since leaving the Journal in 2008, she’s continued to promote North Carolina and regional writers through book reviews for various newspapers and on her own blog, Briar Patch Books.

Brinson, who lives in Currituck, North Carolina, continues to write for newspapers and magazines, including Wake Forest Magazine and Our State. She also has taught journalism at Wake Forest and the University of North Carolina at Chapel Hill.