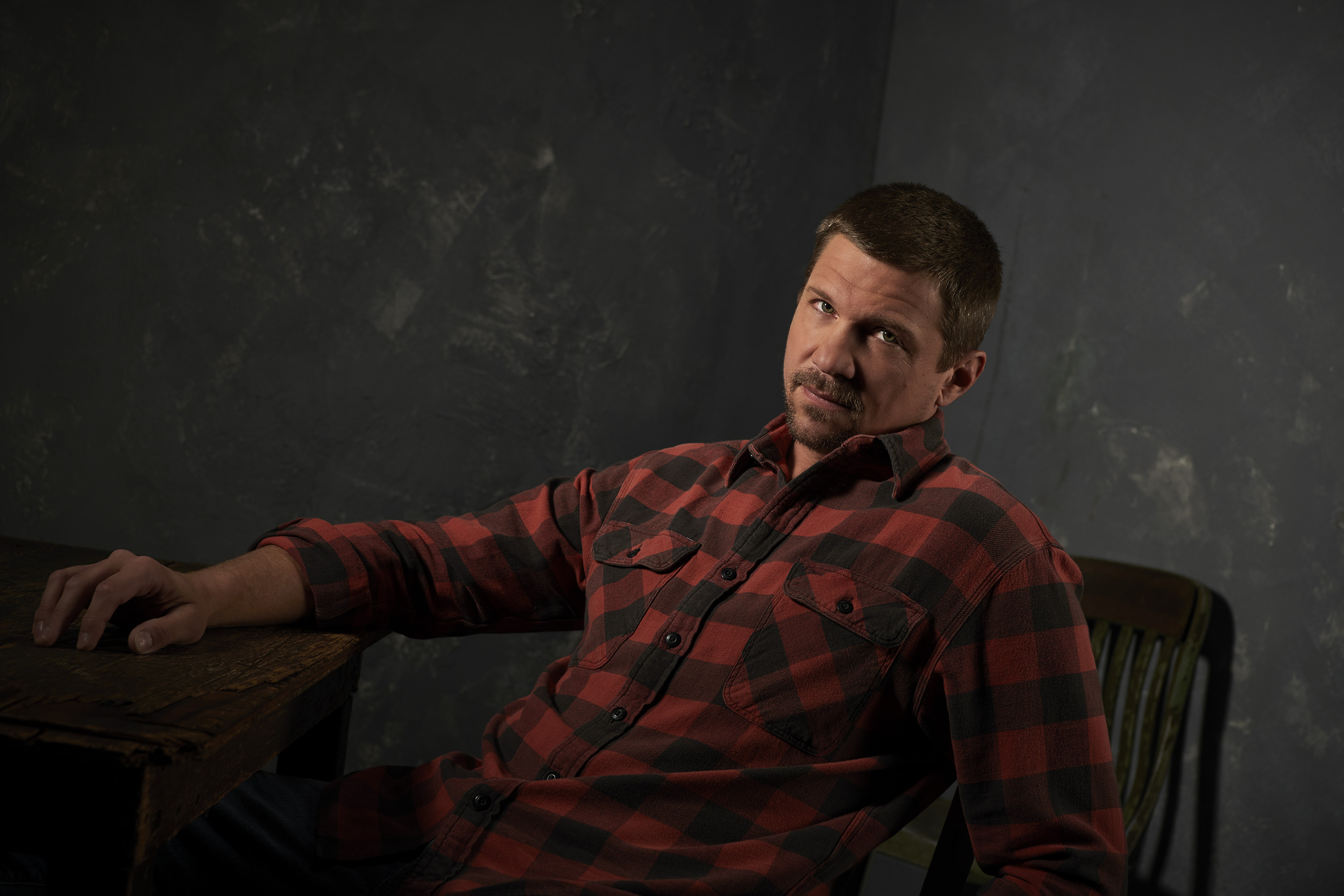 On paper, Marc Blucas says, he never should have made it to where he is now.

Blucas (’94) was a small-town boy from Butler, Pennsylvania, who played basketball on scholarship for Wake Forest, graduated with a business degree and played abroad, but he soon set his course toward law school. He also had a partnership with NASCAR great Dale Earnhardt Sr. to start a company advising professional athletes on contracts, endorsements and financial planning, with the help of Bern Beatty (P ’88), now a professor emeritus of business.

Then Blucas got a phone call from John Justus, who was the University’s sports information director. A filmmaker needed a basketball player for “Eddie,” a 1996 movie that was shooting in Charlotte with Whoopie Goldberg (and a cameo by a guy named Donald Trump). “I went down and auditioned for this movie, and I got it. And then the cliché happened. I caught the bug.”

Blucas gave up law school, even though he had never acted. He gave up flying to races in Earnhardt’s private jet to work with him on the business plan. He gave up the world of sports that had been his passion since childhood. “On paper, I’m the dumbest person on the planet,” Blucas says, laughing. “I had everything you could want at that time coming out of college teed up for me, and I chose something where I had no experience, no relationships, where I knew no one.”

But it worked. He has a successful acting career. He plays the romantic interest of star Robin Tunney in a TV legal drama called “The Fix,” which premieres tonight on ABC. When we talked, he was in Connecticut, working until 4 a.m. every night in the bitter February cold for a Christmas special for Hallmark Movies, where he has had multiple starring roles. He has acted in numerous movies alongside such stars as Mel Gibson and Katie Holmes  and in many TV shows, including “Buffy the Vampire Slayer,” where he played Riley Finn. 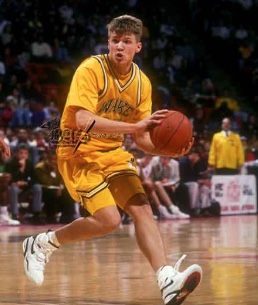 Blucas lived for about 14 years in Los Angeles but moved seven years ago to a 15-acre farm in rural Pennsylvania, where he lives with his wife, Ryan Haddon Blucas. She is a former producer who recently turned years of volunteer counseling into a practice as a hypnotherapist and life coach. They live with their two daughters, 4 and 7, and Ryan’s two teens from an earlier marriage. Blucas gets his workouts through chores and renovating their 300-year-old farmhouse, which he much prefers to slaving in the gym in L.A.

He says he loved Los Angeles after the first difficult year. “From 25 to 35, it was a great place to be. I was single. It’s the heartbeat of the industry I was in, and I needed to learn it and make the relationships.”

But after five years, an exit strategy already was bubbling in the back of his mind. “It’s Groundhog Day in L.A. … It’s 70 and perfect all the time. But you can’t really mark time. There’s no cycle of life and death. The leaves don’t fall off the trees. After a while, you blink, and five years go by, and you don’t even know it because the trees don’t grow.” 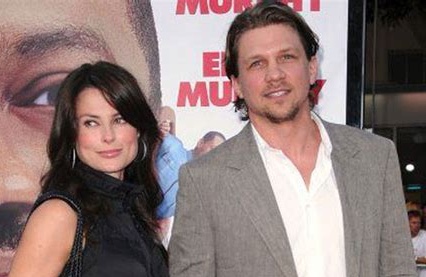 Tax credits and technology dramatically changed the industry, he says. “It used to be just Harrison Ford could leave town and live somewhere else.” But Blucas says in his last six years in Los Angeles, he filmed there only one day because his locations were spread out across the globe, from Atlanta to Capetown, South Africa.

He met Ryan in L.A., and she, too, was ready to move to the East Coast to be near family. Today, they have a rule — no more than two weeks apart, even if it means Blucas flies home for just a day. “My family’s always going to be more important to me than my career, and right now my kids are at an age where they want to be around me.” He even negotiated to appear in fewer episodes of “The Fix” to ensure that he had time off to go home.

Blucas knows his pursuit of acting seemed crazy when he started. He had tried for small theater roles at Wake Forest, but the sports arena always trumped the stage. “We’re playing Duke, and I’m ‘Hey, (theater) guys, I can’t make it. I got to go get my (butt) kicked by Grant Hill tonight.’” 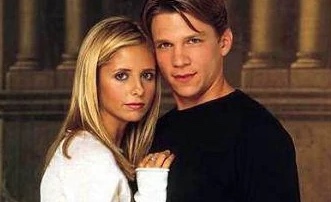 Acting psyched him up in the same way basketball did. “It’s just an energy and the excitement of having the pressure to perform certain things,” he says. Live sports events change spectators’ emotions, and so does storytelling. “You want to enter a theater and leave it changed, somehow.”

Both were big challenges. Acting is “one of the hardest businesses in the world to break into,” Blucas says. “It was almost the same decision that I had coming to college. … I wasn’t the Rodney Rogers (’94) and Randolph Childress (’95, P ’20) where you know you’re going to be a star. My choice to come to Wake Forest was, ‘Look, I know I’m going there to be a role player at best, but I have to know if I can make it.’”

He pushed through the steep learning curve in acting. “I went from being sports and math and science to suddenly literature and stories and characters, and I wanted to succeed.” He treated his acting coaches like his basketball coaches, urging them to tell him if he didn’t have “the quality, whatever IT is.” 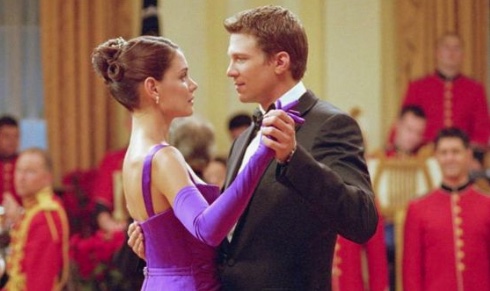 Marc Blucas with Katie Holmes in "First Daughter," a 2004 movie.

He got a call from a casting director who flew him from his hometown to Los Angeles for his first big audition, for “Jerry Maguire,” the 1996 film starring Tom Cruise. Blucas didn’t get that part, but he got enough encouragement to keep his focus, dedication and work ethic revved up.

If acting ever becomes tiresome, he’ll stop. He approaches it just as he did basketball workouts. “If I didn’t like getting up at 5 in the morning for two-a-days and going through all that stuff for practice, I would have quit it. It still has to be fun.”

He has other skills he can employ. He says Wake Forest prepared him through its commitment to a liberal arts education, exposure to diversity and a concern for “turning out good human beings.”

“I always felt that sense of community at Wake. I had a very specific platform for that on the basketball side, and I had another one in the fraternity world (Sigma Phi Epsilon) because I wanted to make sure I had a ‘normal’ college experience other than just locker room friends.” 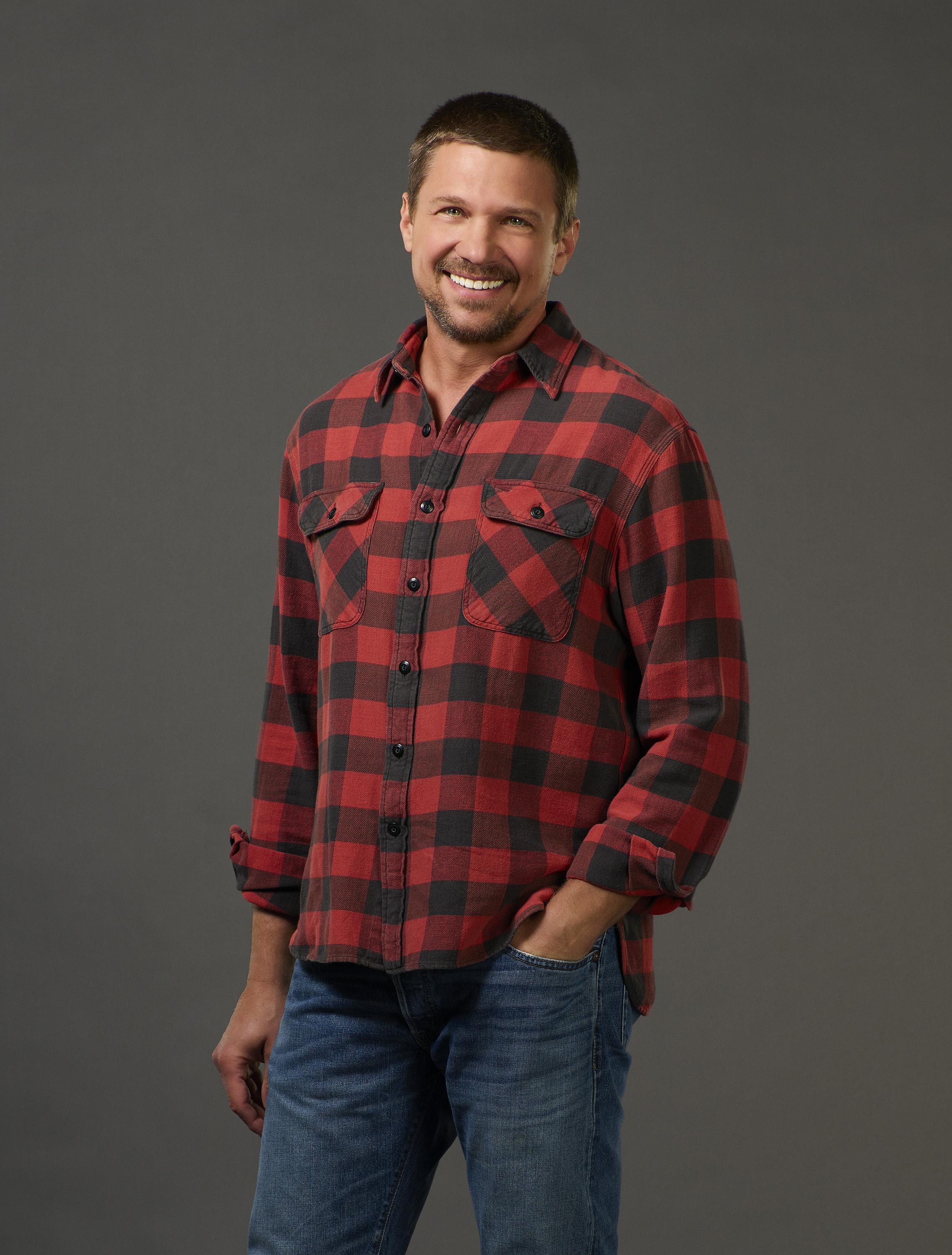 He loved the small classes and professors who were never condescending to him. He learned “the best way to solve a problem or to have success is through communication and surrounding yourself with the right people, and all those things I feel like were so cemented at Wake for me.”

He hopes his kids will find the same inspiration. “Wake athletics does a really cute thing, and when a former player has a kid … you get a national letter of intent,” Blucas says. “They think it’s a joke, but I’m holding them to it.”