For some California alumni and parents, joining one of the Wake Forest Giving Societies is a way to stay connected to the University. They might not be able to attend campus events as often as other members who live closer to campus, but they’re OK with that. There are other benefits that are more important to them, such as “paying back” the opportunities they — or their children — had as students or showing that they support Wake Forest from the other side of the country.

Jan Wuertenberger Blackford (’68) knows better than most the importance of those annual gifts. When she lived in North Carolina in the 1970s and ’80s, she promoted the annual funds as an alumni volunteer and president of the Alumni Council in 1980-81. She joined a Giving Society because it “felt like the right thing to do, a good way to get in the habit of providing continuing support.”

But she fell out of the habit after she and her husband, Franklin, moved to California in 1996. They rejoined the President’s Club last year after attending a Call to Conversation dinner. “Both of us are enthusiastic about what Wake Forest means and is doing” and wanted to support the University, she said.

“Since I was involved early on with the annual giving programs, I’ve always had an appreciation for the annual funds,” said Blackford, a banking consultant who lives outside San Francisco. “Even living in California, I have never felt disconnected from Wake Forest. Because I felt connected, I felt it was important to join the President’s Club.”

Yemi Adegbonmire (’00, JD ’05), who lives in Los Angeles, benefited from annual fund gifts as well as merit scholarships. She remains grateful for the mentors who made her path at Wake Forest possible, including Maya Angelou (L.H.D. ’77), Barbee Myers Oakes (’80, MA ’81) and Olga Valbuena-Hanson, the law school’s Melanie Nutt, Simone Rose (P ’16), Beth Hopkins (’73, P ’12) and Denise Hartsfield (JD ’91), and Forsyth County Chief Assistant District Attorney Jennifer Martin (’96, JD ’99). “They instilled things in me that I didn’t know that I needed at the time,” she said. “That opened doors for me and made things possible.”

Adegbonmire, a member of the law school’s General Counsel Advisory Committee, was an entertainment lawyer at Walt Disney before becoming general counsel for The Bail Project, a national nonprofit that covers bail for people in need who are awaiting trial. She credits her mother with inspiring her to join the President’s Club by preaching the importance of giving back.

“When I was in high school in Baltimore, my mother joined Bryn Mawr School’s 1885 Society through a small donation she saved for all year. It was a goal of hers. She had a sense of pride in joining, and that’s something that has stuck with me. It took me a while, but it was time to ‘show up’ for someone else” like previous alumni who supported her, she said.

The decision to join the Founders’ Circle was an easy one, they said. “Traditionally we have focused our charitable dollars on education,” said John Shaw, a managing director with Merrill Lynch. “Those gifts have a huge multiplier effect; you’re changing lives.” 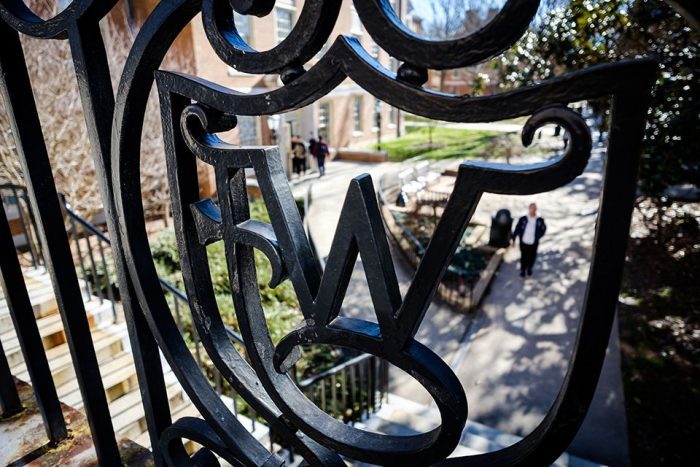