The 50th anniversary of the Apollo 11 moon landing this month brought back memories for millions around the world who watched the landing live on television. J.D. Wilson (’69, P ’01) remembers the excitement of watching the landing and the thrill, less than a year later, of welcoming one of the astronauts who made that historic voyage to Wake Forest. Wilson was the host for Michael Collins when the astronaut visited Wake Forest to speak to alumni on May 2, 1970.

Collins had already flown in space aboard Gemini 10 before the Apollo 11 mission. As pilot of the command module Columbia, he remained aboard Columbia while Neil Armstrong and Buzz Aldrin landed the lunar module Eagle on the moon. Collins left NASA after Apollo 11 and became assistant secretary of state for public affairs and then director of the National Air and Space Museum. Now 88, Collins lives in Florida. Wilson, who lives in Winston-Salem, is chairman and CEO of Excalibur Direct Marketing and managing partner of Stepstone Strategic Partners, which advises not-for-profit clients on marketing and fundraising.

Take us back to July 20, 1969. The New York Times noted recently that “most earthlings alive today were not yet around when humans landed on the moon.” Where were you when you watched the moon landing?

President (James Ralph) Scales had hired me as director of the College Fund and assistant director of alumni affairs. I had just started and was at a conference in New York City. I watched it in real time on a gigantic screen on the front of the Time-Life Building, across from Radio City Music Hall. It was quite an experience looking up and seeing us leaving this world and going to the moon and actually walking on it. It was bigger than life. Somebody from Japanese television stopped me and asked me my reaction. I don’t recall what I said, but it may have been something like, “One small step for man…” This was really jettisoning us into the future. We’re going to be exploring worlds far beyond where any of us could ever imagine going. 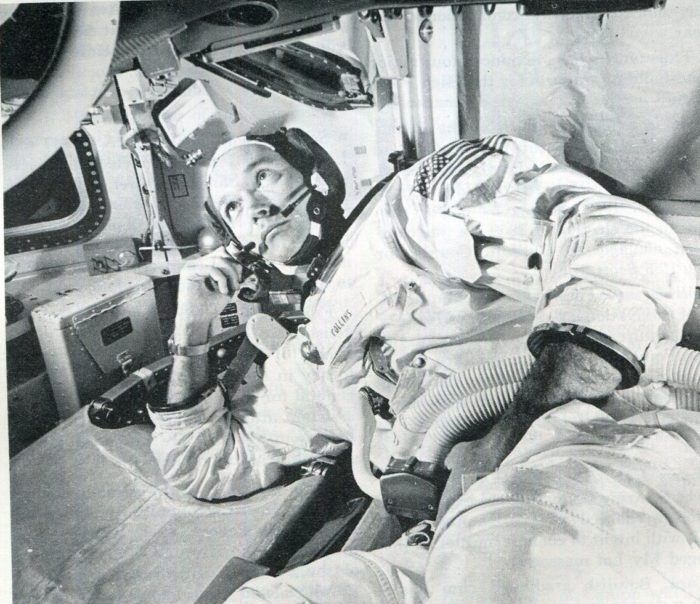 How did the idea to invite an astronaut to campus come about?

Wake Forest gave me lots of opportunities, especially in College Union. We were able to bring the top music groups in the country to campus — Simon & Garfunkel, The Four Seasons, The Lettermen, the Temptations, Sam & Dave, Dionne Warwick. That was the Wake Forest of opportunity that I knew and still do. The Wake Forest experience was kind of like anything’s possible. It sort of fits in with flying to the moon.

Wake Forest taught me to think outside the box, or outside the world in this case. One of the big events we had coming up was Reunion Weekend (then held in the spring), and we needed a speaker who would resonate with alumni. Why not an astronaut? I recalled that we had given an honorary degree to James Webb (honorary Doctor of Science degree, in 1969), who was the top administrator at NASA. I drafted an invitation telling him how excited we were about the astronauts landing on the moon and said we’d like to invite one of them to campus. He replied and said, “We’ll send Michael Collins.”

What do you recall about his campus visit?

I remember picking him up at the airport, and we were rushed, so I stopped at my apartment on Reynolda Road near campus, and he changed into a tuxedo. The dinner was in the cafeteria. Everyone was just overwhelmed that we had an astronaut on campus. Afterward, there was a reception for donors and trustees at “The Ship.” (Officially the Elizabeth Dillard Reynolds Alumni House, the former home of R.J. “Dick” Reynolds Jr. and his first wife, Elizabeth “Blitz” Dillard, picked up its nickname for its striking modernist architecture. The 35-room mansion, built in the 1940s, was donated to the University in 1966 and used for event space and alumni and development offices for several years before being sold and demolished in 1978.) 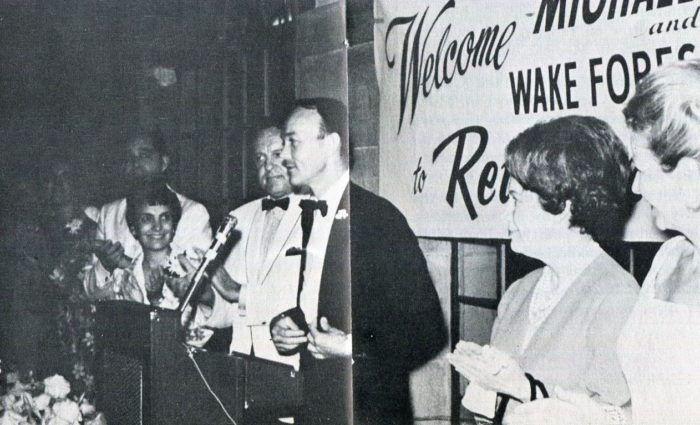 Apollo 11 astronaut Michael Collins speaking at Reunion Weekend in May, 1970.

Was there one thing about Collins that stood out to you?

Character. He was so polite and thoughtful and kind. He was a prince of a person. Very down to earth, easy to talk with, modest. But you got the feeling just being around him that he was solid, he was careful, but also a risk taker, somebody you’d have confidence in. You’d probably follow him anywhere.

I understand that you stayed in touch with him after his visit?

We wrote each other a few times. I was drafted into the Army and had orders to go to Vietnam. At the last minute, my battalion’s orders were changed, and I was sent to Berlin as a photo journalist. He became an assistant secretary of state, and I remember him writing me on his letterhead, which kind of lifted me up while I was in the Army. I have a trunk in the garage of my college stuff. This might prompt me to go through it (to see if he can find Collins’ letters). Last week, my wife, Janie, found an address online where you could write the astronauts, and I sent him (Collins) a letter thanking him for his trip to Wake Forest. 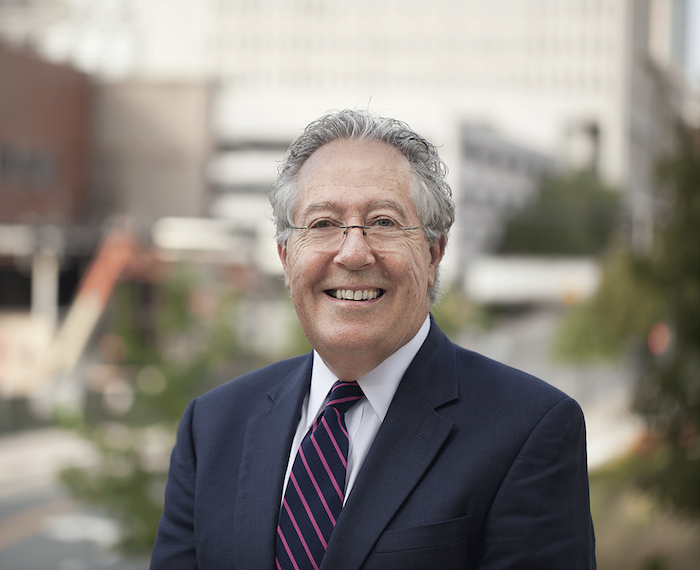