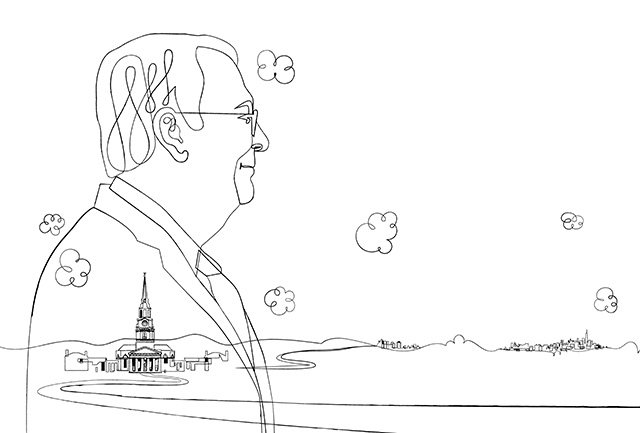 I have always been fascinated by the distinct character of a college or university. The last 13 years, I have been privileged to serve a very distinctive place called Wake Forest. That journey has sharpened my insight into the culture of this place within the larger context of American higher education. As I cast an eye to the next several years, I want to share why this place matters so much and what worthy goals should command our attention.

My concern with culture begins with my father, James Hatch — or Buck, as he was known. His family had roots deep in North Carolina soil. Seven or eight generations of Hatches had farmed in Chatham County, near Pittsboro. Growing up on that farm, my grandfather was a product of the sudden, transformational power of the textile industry in North Carolina. Without even a high school degree, he rose from hardscrabble farm life into the reaches of upper middle class by opportunities afforded in the emerging textile industry. This allowed my father and his siblings to grow up in a new home on the Charlotte Country Club, attend private school and, he recalled, drive a luxury sedan — a Pierce Arrow.

My grandfather intended that his oldest son, my father, become a physician. He sent him in the 1930s to the recently built campus of Duke University, whose gothic spires announced to the world that the New South was coming of age. My father, a Sigma Nu, studied pre-med and, according to parental expectation, was all set to become a physician.

Yet in his senior year everything changed. A profound religious experience set him on a very different course. Against his father’s best judgment, he gave up medicine to become a Presbyterian minister.

Dad reacted against a life lived just on the surface. His faith and study of human psychology made him very reflective about the culture around him and made him sometimes a stranger or a pilgrim among his contemporaries.

Life for him was something serious. It was not just about making it, displaying the good life, accumulating wealth or being seen in the right circles. It was not about keeping up with the Joneses next door. And most certainly it was not about sustaining a veneer of success when many persons and families, like the family in which he grew up, were wracked with deep problems — which often they would not admit. You could say that my father, using the parlance of immigration services, became something of a “resident alien.”

I learned much from my father’s life and approach. (I should add parenthetically that I also learned enormously from my mother, who was an avid reader and lover of words and who always had a very shrewd political sense — but that is a story for another day.) By watching my father, I began questioning: What are the present cultural values, and how might my own agree and disagree? Why do people believe and behave as they do? Are people making their own choices or simply being swept along by the prevailing current? 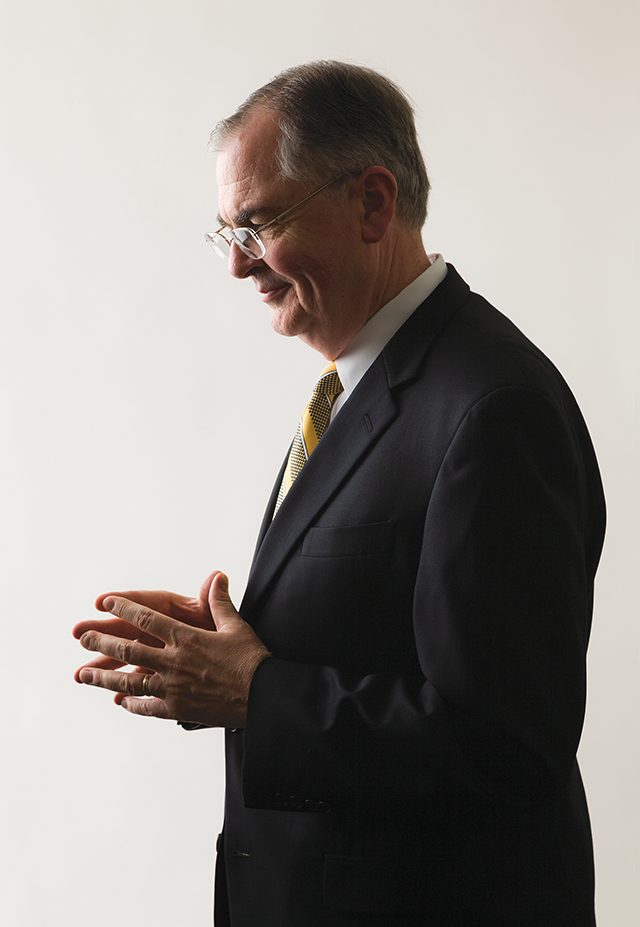 In sum, I learned that to enjoy an examined and fulfilling life, it had to be taken seriously, and the people in our life had to be respected and honored — regardless of how we may align with their view. I inherited from my father a certain instinct to be reflective about the people and the culture around me.

This instinct was sharpened by going to college outside the South, by meeting students and faculty at Wheaton (College) from many different cultures and backgrounds. They were sharpened by experiences such as living one summer in a black church on the north side of Chicago working with young people and living through the late 1960s and the cultural upheavals surrounding the assassinations of Martin Luther King Jr. and Bobby Kennedy. I was in Chicago during the summer of 1968 when the streets around the Democratic Convention turned into a veritable war zone.

This sensibility — of analyzing where a culture is and where it is going, of being a diagnostician of one’s environment — was also reinforced by my own passion for studying history. Historians learn that people in different times and places believed very different things and structured their lives in very different ways. Coming to terms with that reality makes one instinctively question why we believe and act the way we do. This framing brought an intellectual balance to the deep lessons of character handed down from my father.

But what about Wake Forest’s soul? … What animates the life of the University? I think it is appropriate to use the word “soul” even though this University is not a religious organization, but because only such spiritual language has sufficient gravity to do justice to the issues at hand. What do we stand for? And what can we stand for in our pluralistic age? To what higher goals and shared purposes does the spire of Wait Chapel still point?

What is our soul? It is our animating force, what gives us life, what joins us together in a common vision, deeply felt and jointly held. It is our common possession and our common life. It is our way of being, the source of our deepest values, the fabric of our shared humanity.

I believe there are four main pillars that uphold our commitment to both intellect and character:

First, we seek a culture that is inviting and generous, premised on faculty and staff who have genuine affection for their students. This community of care also has to do with our own vocational commitment to Pro Humanitate. Even our professional lives are to be lived for others, not just for our own success and advancement. We must model lives that matter if we want to nurture students into living lives that matter. We believe that we are not islands unto ourselves but social beings who need community to flourish and become our best selves. Character is formed within communities of affection. …

A second pillar of our commitment to character is that it has serious inquiry into multiple traditions and frameworks for living a good life. … Our responsibility is to pose big questions of our students and introduce them to the most powerful traditions that have grappled with them. …

A third pillar of our efforts is to make sure that we invite students to apply what they learn to the end of developing a purposeful life. We must simply follow Aristotle’s advice (or that of Ralph Waldo Emerson or Martin Luther King Jr.) that “the purpose of our examination is not to know what virtue is, but to become good.” The point is not merely to study the good, in a detached and academic way, but to invite students to develop as women and men of sterling character. …

A fourth pillar of our marriage of intellect and character is to ensure all voices are welcome at Wake Forest. Our purpose as a university is not to dictate anyone’s character, but to help them find their own path, to grow in their awareness of self and others in a way that enables them to understand and enact their own values in community with others. We are offering not answers but questions, resources and texts sacred and secular that open up new vistas on our highest purposes, even and especially as life offers its inevitable lessons. Our community of care, expressed in the dedication and imagination of committed teachers, provides the context for character, the fertile soil of intellectual and personal growth. 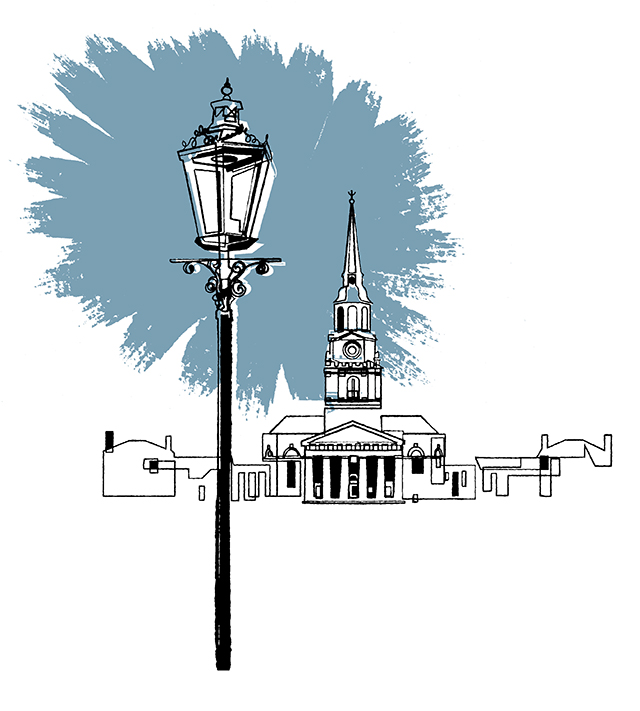 I believe that the soul of Wake Forest lies in its inherent commitment to both intellect and character, and I believe that investing more deeply in marrying these core elements is both our calling and our opportunity in these times.

“Character,” Richard Reeves has said, “like oxygen, is most noticeable when it is missing.” We live in a troubled society, and a troubled world, that longs fervently for moral leadership. We are committed to educating leaders whether they become teachers, lawyers, physicians, scientists, entrepreneurs, artists, engineers, ministers, business executives or those who manage not-for-profit organizations. By setting a North Star of intellect and character, we are, at the same time, faithful to our heritage and powerfully relevant in contemporary society. I am convinced that Wake Forest has the potential to become a national leader in how colleges and universities develop the character of their students. …

As a professor of early American history, I find myself linking our work here today to broader themes of American history, particularly certain clarion voices at the dawn of this Republic. John Adams, our second president, was one of them. Adams insisted that the twin foundations of a republic were education and character and the tight connection between them. Adams was deeply committed to the kind of education we find in the liberal arts today. But he also believed education was more than book learning. “The end of study,” he suggested, “is to make you a good [person] and a useful citizen.” Adams believed that no republic was possible without virtuous citizens. “The preservation of liberty depends upon the intellectual and moral character of the people.”

In Adams’ mind, the interlocking trinity of liberty, education and character were the necessary distinctives of the American Republic. Liberty and a free society were the hope of the world, and the only way to achieve that was to champion higher education and the cultivation of virtue. That kind of education has never been more needed than today.

Today we have a world asking for — longing fervently for — moral leadership. At Wake Forest, we have the necessary tools to equip our students to succeed. But it is our soul that inspires us to invite the next generation to become leaders of character, entering a troubled society and changing it for the better. It is our soul that will call students … to bring light into dark places.

When we claim our soul, when we live up to the aspirations of our own heightened vision, that is when we will truly be a place that stands out. In this distinct way, I trust Wake Forest will be a “resident alien” in the realm of higher education — a community of learning and care so distinct, so extraordinary, so attractive that, in the words of our former professor Maya Angelou, “the world won’t be able to take its eyes off of us.”