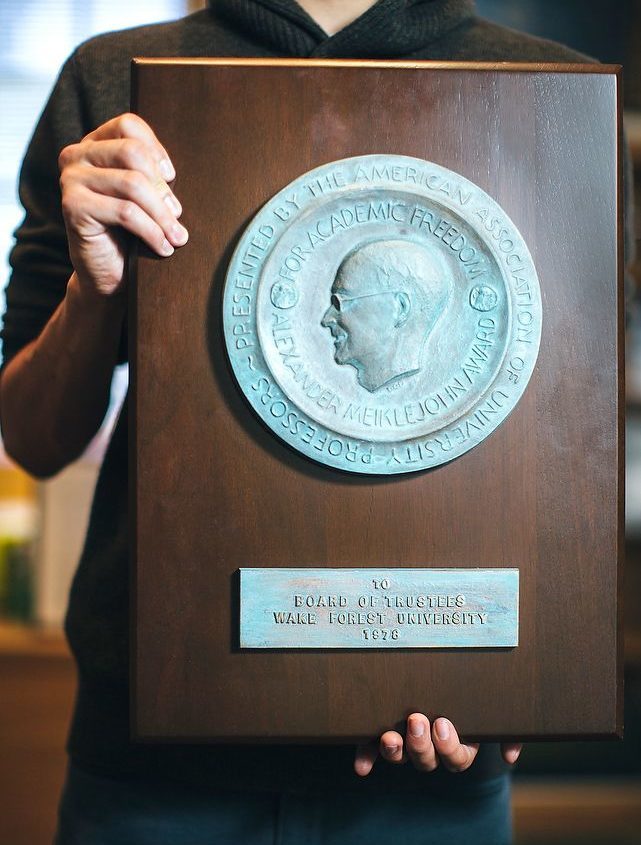 The acclaimed Alexander Meiklejohn Award, given to Wake Forest in June 1978.

Many Wake Foresters may not know about the University’s historic leadership moment symbolized by the Alexander Meiklejohn Award for Academic Freedom. Presented to the University in 1978 by the American Association of University Professors, the award recognized the resolve and courage of President James Ralph Scales, the board of trustees and the faculty while honoring the ultimate testament to a university’s character: its determination to uphold its core values.

An underlying friction between academic freedom and religious orthodoxy was always present in the relationship between Wake Forest and the governing Baptist State Convention of North Carolina, but in 1977 two specific incidents came to symbolize the widening gap. 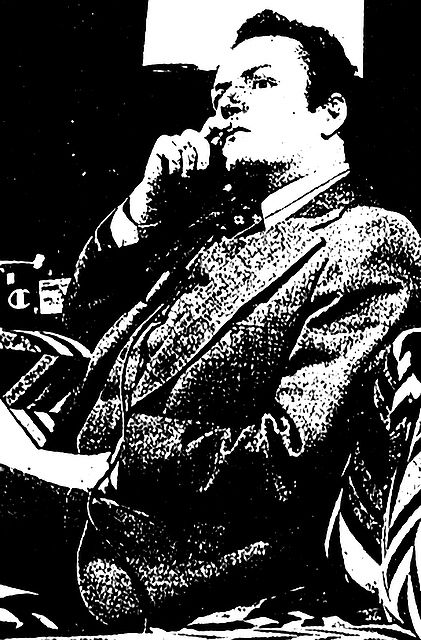 In February, Hustler magazine publisher Larry Flynt spoke on campus at the invitation of the Men’s Residence Council; he received the council’s “Man of the Year” award for his entrepreneurial skills and fight for First Amendment rights.

His visit provoked a storm of protest among Baptists, but President Scales said his appearance was allowed under the University’s “open platform” policy. Some Convention leaders believed the Flynt incident illustrated the University’s dwindling concern for Christian ethics and an increasingly secular view of life.

Later the same year, a dispute between the University and the Convention related to federal involvement — what some Convention members described as intrusion — in higher education arose over a grant from the National Science Foundation (NSF) to support undergraduate science programs. The University intended to apply a portion of the grant toward construction of a biology department greenhouse/animal facility behind Winston Hall. The Convention instructed the University to use the funds for some other purpose, saying it must be spent according to Convention guidelines for services rendered — and those guidelines did not include bricks and mortar. The trustees refused to follow the instructions, and, in what was described as a “very decisive vote,” announced their intention to honor the good-faith agreement with NSF.

The greenhouse facility was ultimately built using other University funds. But the controversies over the Flynt and NSF incidents kindled a movement, led by President Scales with support from the trustees, who weathered criticism and disapproval. The result was the adoption of a new covenant relationship between the Baptist State Convention and the University.

“The hospitality Wake Forest shows to new ideas doesn’t mean we’re not tough-minded and don’t have convictions,” Scales told the Old Gold & Black. “I have worked hard to preserve freedom for views I may despise,” he said, adding that such freedom was essential in the marketplace of ideas.