In my “day job” as professor of theatre at The George Washington University, it happens predictably: a distraught student comes into my office and says, “My parents are upset because my theatre major won’t get me a job.” 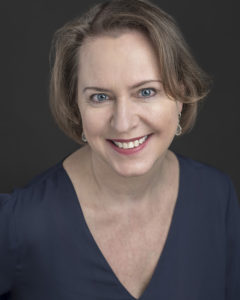 So, why do we have to keep debunking that myth for the rest of the world?

As I learned at Wake Forest, getting an education in theatre isn’t about wearing pretty costumes and enjoying applause. The inspired, rigorous teaching of the arts at Wake Forest not only prepared me for a career in the professional theatre, in academia and in the nonprofit world. It prepared me for LIFE.

Harold Tedford (P ’83, ’85, ’90), Don Wolfe, Darwin Payne, Mary Wayne-Thomas, Jon Christman, Sandy Fullerton, Terry Radomski, the sublime James Dodding … quite the pantheon! We learned the usual — history of theatre, text analysis, costume and set design, acting, directing — but that “useless” theatre degree gave us much more. It taught us to read emotional subtext in a room, how to listen to others with intention. It taught us to think about text in terms of symbol and hidden meaning, how to think ambitiously and creatively and idealistically. And then to take all of that ambition and creativity and idealism, and turn it, for instance, into a three-dimensional set made out of wood, muslin and paint.

The arts are about making dreams literal and concrete, so that they can be shared.

That’s the beauty of theatre, the marriage of all of that high-minded vision with sheer practicality and logistics. Maybe that’s what we in the arts aren’t successfully conveying to the rest of the world. The arts aren’t about pretty ideas and navel-gazing. The arts are about making dreams literal and concrete, so that they can be shared.

When directing, Dr. Tedford had a saying. There was a point in rehearsal when he had blocked every bit of business, given us our direction, worked out the fine details. Then he would say, “Now take it out to the woodshed and make it funny.” A charming phrase, but it meant business. It meant that this was the moment for the magic to transform all of that hard work and make it inspired. That’s the most profound lesson that Wake’s theatre faculty gave me: It’s nothing but hard work until the inspiration comes. That is the process of creating art. 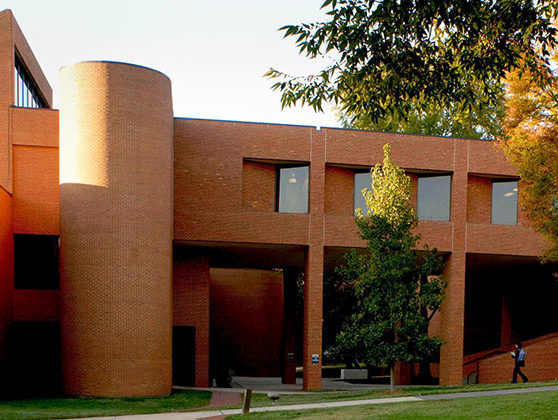 I was lucky enough to be in the cast of Mr. Dodding’s “Guys and Dolls” and felt, as we neared opening, that I was stuck in my role, dull in my acting, uninspired. I was terrified that I was going to fail. (And to fail Mr. Dodding would, quite frankly, kill any one of us.) I confessed my fears to him, and he just smiled. In that inimitable British accent, he said to me:

“Well, of course you’re terrified. You’ve done all the work and you’ve reached a plateau, which is exactly where you should be. Now all you have to do is let the sparkle come in. And it will. It always will.”

And he was right. He was always right.

My theatre degree led to a long career as a playwright and actor. But it also taught me how to run a business, call a show, find my community, learn when it was my turn in the spotlight and when it was time to be in the background. It taught me how to wrangle the angels and devils in my imagination and turn them into characters and places and stories. It taught me that art was not about me but was about other people. That is a lesson for life if I’ve ever heard one. That is the real message I should be telling my students.

Allyson Currin of Washington, D.C., is an award-winning playwright and actor. Her plays have been premiered at the Kennedy Center for the Performing Arts, Cincinnati Playhouse in the Park, Signature Theatre, Mosaic Theater Company of DC, Imagination Stage and many others. She is the second of three generations to attend Wake Forest. Her twins, Kate and Maggie Stokes, graduated in May. Her father, Bill Currin (’60), retired in 2009 as director of career services at Wake Forest.