ake Forest named three alumni to receive its 2020 Distinguished Alumni Awards for those who have served the University and woven Pro Humanitate through their lives and work. Selected by the Alumni Council, they are former Board of Trustee chair Donna Boswell (’72, MA ’74), groundbreaking scientist Eric Olson (’77, PhD ’81, D.Sc. ’03) and inspiring athlete Rodney Rogers (’94). An awards ceremony will be held at a later date. 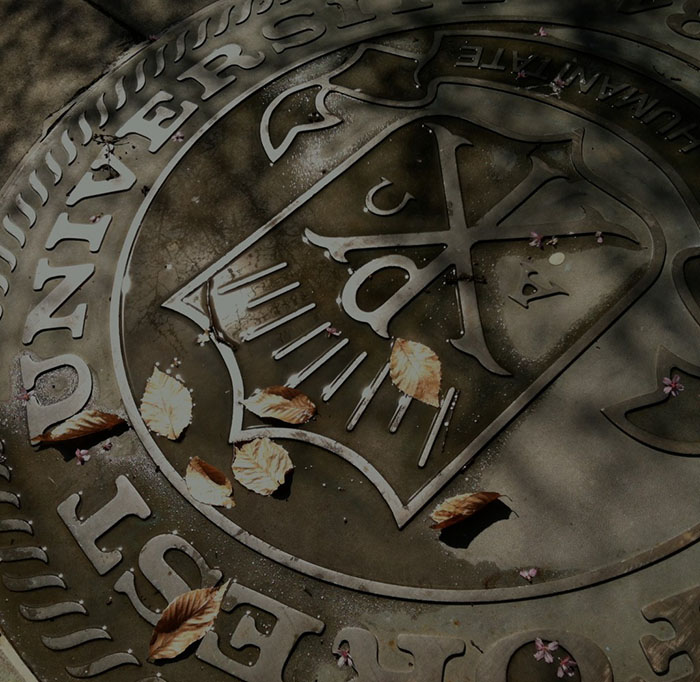 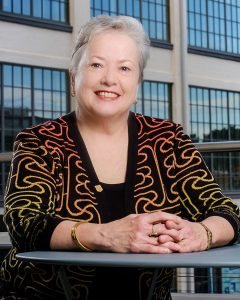 Donna Boswell arrived at Wake Forest in 1968 from Memphis, Tennessee, with her blue wool suit, white gloves and self-sewn jumpers, having seen few women in power. She discovered female students were breaking ground in academics, athletics and politics, inspiring her to a high-level career, first in academics and later as an attorney. In 2015, she broke another boundary as the first woman to chair the University’s Board of Trustees, serving three terms through 2018. She has been a trustee since 2004.

“Seeing the women around me being able to step out of their comfort zone — peer women — I think was the most inspiring thing about Wake Forest that ever happened to me,” Boswell told Wake Forest Magazine in a 2015 interview.

Boswell grew up in Kansas City, Missouri, and Memphis with her father, an accountant, and her mother, a homemaker, before earning bachelor’s and master’s degrees at Wake Forest and a Ph.D. at Pennsylvania State University, all in psychology. She taught psychology at Wesleyan University before earning a law degree in 1989 from the University of Pennsylvania Law School, where she was executive editor of the Law Review.

She joined the law firm Hogan Lovells US LLP in Washington, D.C., and rose to partner. She started out with a focus on complicated law surrounding mobile-phone technology. She transitioned to a wide range of health care law, from drug pricing to medical privacy to health care reform. “Basically, what I’ve done for 25 years is teaching — teaching regulatory law to businessmen and businesswomen whose businesses depend on them getting it right,” she told the magazine.

She advised hospitals, academic medical centers, research companies and manufacturers on compliance issues. She retired in 2015 to Winston-Salem but continued to consult. At Wake Forest, she has shared her invaluable experience by serving as chair of the WFU Health Sciences and WFU Baptist Medical Center boards of directors, of which she is still a member.

During her tenure as chair of the trustees, Wake Forest opened its Wake Downtown campus and a new home for the School of Medicine in Innovation Quarter, a biotechnology research, education and business district owned by the medical center. Wake Downtown includes the home of Wake Forest’s newly created engineering major.

“We’re very focused on synergies with faculty, the medical school, business and potential startups,” Boswell told the magazine in 2016. “That synergy will be just phenomenal for our students.”

Boswell’s Wake Forest ties run deep. As a student, she worked in the Z. Smith Reynolds Library, served as a resident adviser, joined the Strings society, played flute in the marching band, babysat for faculty members’ children and ran experiments for psychology professors. She has contributed more than $600,000 for scholarships, faculty support and medical education, particularly for the Patricia Heiges Brown Fund for Wake Forest Scholars and the Ollen R. Nalley Faculty Fellowship honoring her grandfather. Among additional generous donations, her $1 million gift led to the Donna A. Boswell Presidential Chair of Health Care Innovation. 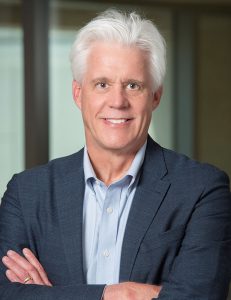 Eric Olson’s creativity can’t be contained to his teaching and scientific research, which has produced world-renowned breakthroughs and new therapies to fight diseases of the heart, cardiovascular system and skeletal muscle tissue.

Olson loves rock music and playing the guitar, too, and his “collaborators” include his musical idol Willie Nelson and Nelson’s wife, Annie. They not only gave Olson a signed guitar that graces the wall outside his office; they funded a professorship in stem cell research that Olson holds at the University of Texas Southwestern Medical Center in Dallas, enabling him to expand his research. A native of Winston-Salem, Olson struggled early at Wake Forest but would not abandon his childhood goal of a career in science. When his adviser warned him — legitimately so, Olson says — that he wasn’t ready for the challenge of a biology major, Olson could have succumbed to dejection. Instead, he responded with motivation, he told Wake Forest Magazine for a story in 2018. “I learned how to really work hard and apply myself.”

That is a huge understatement. He went on to receive a bachelor’s in chemistry and biology and a Ph.D. in biochemistry. He gave the address at the Graduate School hooding ceremony in 2000, received an honorary doctor of science degree in 2003 and received the 2016 Distinguished Alumni Award in Chemistry. He has won numerous national and international science prizes and has been cited in nearly 100,000 journal articles.

Olson “had a tremendous work ethic,” says his mentor, Peter B. Smith, a retired professor at Wake Forest School of Medicine who also taught Olson’s future wife, pediatrician Laurie Clark (MD ’81). Smith adds, “He had the gift where people wanted to be around him.”

After postdoctoral training at Washington University School of Medicine in St. Louis, Olson joined the University of Texas MD Anderson Cancer Center in Houston. By age 35, he was chair of biochemistry and molecular biology there. In 1995, he was recruited as founding chair of UT Southwestern’s Department of Molecular Biology. He remains chair and leads the Hamon Center for Regenerative Science and Medicine.

Olson and his colleagues discovered many of the key mechanisms in cardiac gene regulation and formation of the heart and other muscles, uncovering genetic blueprints and molecular underpinnings of congenital and acquired heart diseases.

He co-founded multiple biotech companies and has made major discoveries in genome editing to treat muscle diseases. His proudest discovery led in 2018 to the first successful use of gene therapy to stop the progression of a fatal disease called Duchenne muscular dystrophy in a large mammal — beagles. The success in dogs is a vital step toward a potential cure for humans.

And the music still flows. Olson sings and plays guitar and harmonica with his band, The Transactivators. Among the band’s repertoire is a song by Olson, inspired by a Willie Nelson-Waylon Jennings tune. It’s called “Mama Don’t Let Your Stem Cells Grow Up to Be Cowboys.” 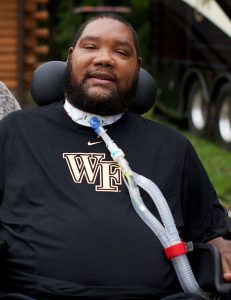 If the true measure of a person is how he or she deals with adversity, few can measure up to the character and courage that Rodney Rogers has displayed since a 2008 dirt biking accident left him paralyzed from the shoulders down. Rogers, one of the most gifted athletes to ever play basketball at Wake Forest, continues to inspire others, even while dealing with his own physical challenges.

“I’m still here for a reason,” Rogers told Wake Forest Magazine in 2017. “I think that’s one of the reasons God kept me here. I’m still talking and praying and reading the Bible and trying to figure out what’s his real reason. Got to talk it out with him and see where it leads.”

Rogers grew up in the tough housing projects of Durham, North Carolina. His father left his family when he was young; his stepfather died when he was in high school. His mother was critically injured in a car accident. He lived for a time with the family of his best friend where he learned hard work and the value of an education. His God-given talent and athleticism made him an imposing force on the basketball court, where he picked up the nickname the “Durham Bull” in high school.

In his first season at Wake Forest, Rogers was named ACC Freshman of the Year. He led the Deacons to three straight NCAA appearances, including a Sweet 16 berth in 1993. He was named ACC Player of the Year and a consensus second-team All-American the same year and was the overall ninth pick by the Denver Nuggets in the ’93 NBA draft. His No. 54 jersey was retired by Wake Forest in 1996. He is a member of the Wake Forest and North Carolina sports halls of fame.

After retiring from the NBA after 12 seasons, Rogers moved back to his hometown and went to work for the city of Durham as a heavy equipment operator. Following his accident, doctors gave him a 50-50 chance for survival. Twelve years later, he has beaten the odds and found a new purpose in life to inspire others.

Rogers started the Rodney Rogers Foundation to support kids in his former neighborhood in Durham. Rogers and his wife, Faye, live in Timberlake, North Carolina, outside Durham. “He hasn’t changed through adversity,” Faye says. “He is giving, considerate (and) thoughtful. He is the same, only still.”

Dave Odom, Rogers’ former coach at Wake Forest, once said that if Rogers’ life were divided into two chapters, one before the accident and one after, you’d see the same traits — grace and character, kindness and perseverance — that have guided Rogers’ life in both chapters. “But they’re more apparent in the second chapter because that’s when most people who have less spiritual attributes come apart and give up. He has not done that.”

“The fortunes of his life have taken a turn that would have done most of us in by now. He continues to not only fight it, but perhaps win the battle.”