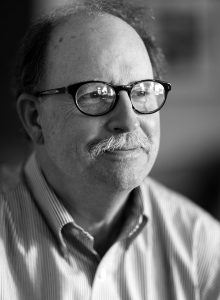 “I think the Wake Forest Sports Hall of Fame had just announced its latest class, and Ed said, offhand, ‘Wouldn’t it be great if we had a Hall of Fame for our writers?’”

From that remark and a lot of hard work grew Words Awake! gatherings and the Wake Forest Writers Hall of Fame. Phillips took the lead in organizing the inaugural Words Awake! in 2012, drawing alumni writers from a variety of fields to campus. The first 15 members of the Writers Hall of Fame — spanning time from John Charles McNeill, poet and journalist, class of 1898, to Albert Hunt Jr., journalist and author, class of 1965 — were inducted at a memorable dinner.

This spring’s Words Awake! and Hall of Fame inductions would have been the fourth in a series that has enriched the cultural and intellectual life of the campus and community. Inductees were announced, but the ceremony and literary events have been postponed until a later date because of COVID-19.

Malcolm Jones (’74), an author and a journalist who writes for The Daily Beast, was Phillips’ roommate and worked with him on The Student magazine in the early 1970s. He’s also participated in Words Awake! gatherings.

“No one at Wake Forest has done more than Tom has to bring students and the general public into contact with writers — novelists, memoirists, poets and journalists,” Jones said. “Thanks to him, students leave Wake understanding that writers are human, that they struggle with the same problems involved with putting words on paper that every undergraduate faces, that they are not just names on the spines of books. I think Tom genuinely loves and respects writers, and anyone who comes into contact with him sends that respect back in spades.”

That’s despite the fact that heading up the celebrations of writers and writing isn’t Phillips’ “day job” at Wake Forest.

“Thanks to [Tom], students leave Wake understanding that writers are human, that they struggle with the same problems involved with putting words on paper that every undergraduate faces, that they are not just names on the spines of books. ...”

Phillips was in the spring semester of his senior year at Wake Forest in 1974, with no idea what he would do with the B.A. in English he was about to earn, when William Starling (’57), who headed admissions, offered him a summer job.

Forty-six years later, Phillips is still at Wake Forest, having left only for four years of Ph.D. study at UNC Chapel Hill. Officially, he’s had jobs in admissions and later working for the provost and dean of the college. Much of his work has been with undergraduate merit-based scholarships and later prestigious postgraduate scholarships such as the Rhodes and Fulbright.

When he retires June 30, it will be from the position of associate dean and director of the Wake Forest Scholars program, started in 2003. In that job, he’s helped an impressive number of students win postgraduate scholarships and many more consider their future and hone their writing skills.

Phillips understands the importance of scholarships. The first in his family to go to college, he came to Wake Forest because he was offered a Carswell scholarship. He’d been weighing whether to study clarinet at a conservatory or liberal arts at one of several colleges. The Carswell “sealed the deal,” he said. “I can say honestly that I never regretted leaving music as a possible profession nor regretted choosing Wake Forest, since it shaped and changed my life in wonderful ways.”

Besides his efforts with Words Awake! and the Writers Hall of Fame, his extra activities have included teaching in interdisciplinary programs and courses such as “Novel to Film” in the English department. He’s also taught at all of Wake Forest’s residential and academic houses abroad.

Carter Kersh (’93, P ’23), senior marketing executive at Amazon, was a Carswell Scholar who knew Phillips well as his scholarship officer, professor, leader at Casa Artom in Venice and a mentor and friend.

Kersh owes a great deal to Phillips, he said. He regards Tom O’, as he and the other students called him, as one of “a few people who have always to me felt like they were the soul of Wake Forest.”

“I find it immensely reassuring that when my own daughter was looking at schools last year, she was able to connect with Tom’s son, Lowell (Tillett (’06) in the admissions office), and in part because of him, she ended up choosing Wake Forest. The soul of Wake Forest lives on in a new generation.”

True to form, Phillips has no plans to abandon Wake Forest after he steps down from the dean’s office. He will be rehired as a part-time adjunct professor, teaching a First Year Seminar.

Hired or not, he said, he would continue to make sure that Words Awake! happens again in 2024, “to honor Ed Wilson and fulfill a promise to him.” As for who will eventually take over the Writers Hall of Fame duties, “I have some suspects in mind,” he said.

Linda Carter Brinson, retired editorial page editor of the Winston-Salem Journal and a member of the Wake Forest Writers Hall of Fame, writes from Bells Island in Currituck County on the North Carolina coast. Her blog is at www.lindabrinson.com