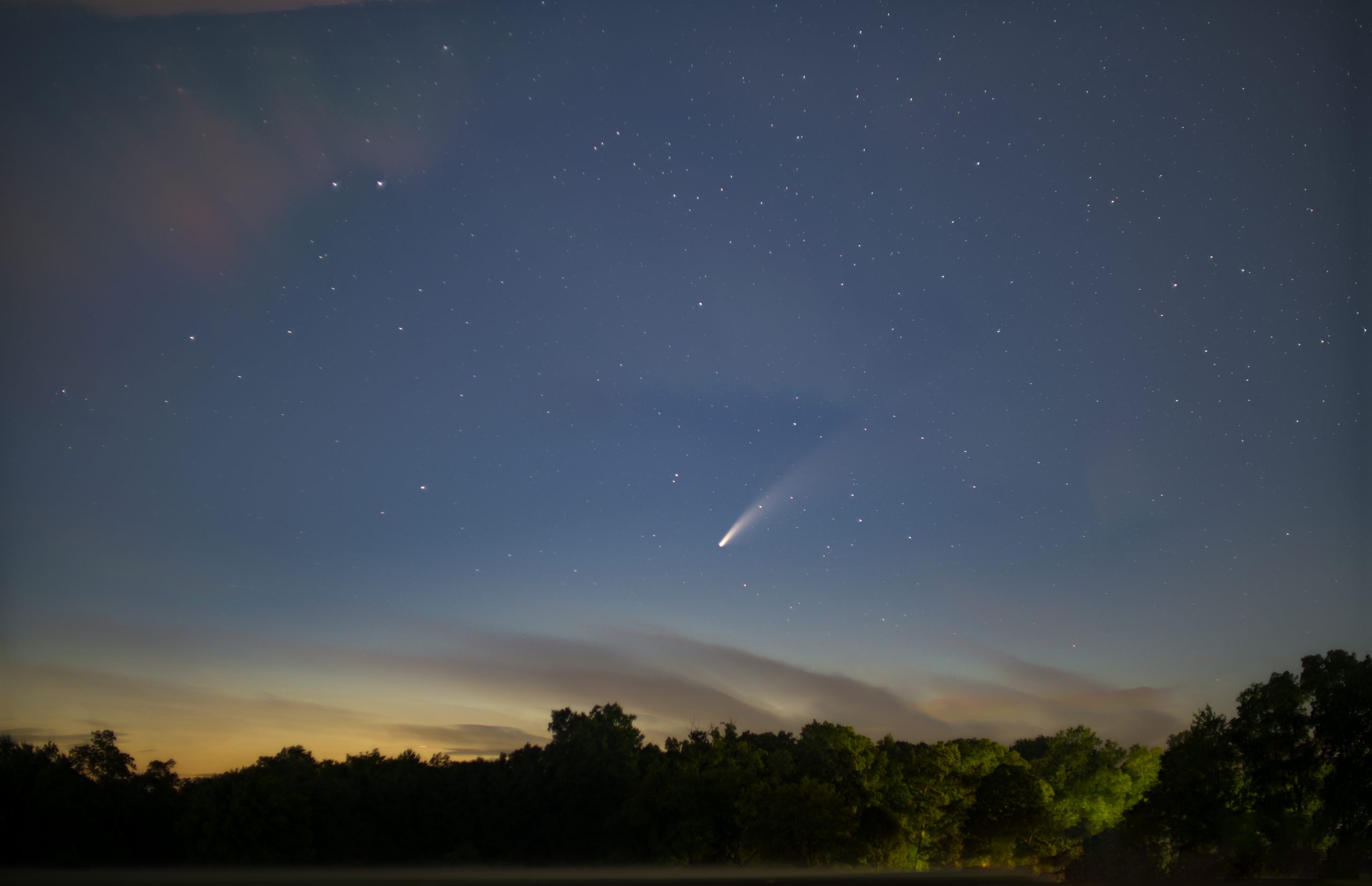 Connor deMayo (’20) had never seen a comet, and his passions for nature, photography and science have burned brightly since he was a child.

That made photographing the once-in-a-lifetime Comet Neowise an ideal project for him. He’s an Eagle Scout who enjoys camping, “and I’m always taking pictures of nature; that’s usually my main subject.”

His hometown of New Canaan, Connecticut, helped out by dimming the lights in Irwin Park for several days to reduce light pollution and create better visibility for one of the brightest comets in a generation. Neowise won’t fly past Earth again for 6,800 years.

The New Canaan Advertiser featured his July 13 photo in a story about the city’s comet viewing. Capturing the celestial body as it raced by at a mere 100 million miles from Earth presented challenges, deMayo says. “It took me three nights before I could get that picture, just working with the clouds and the lighting that changed each time,” he says.

He used a telephoto lens and multiple long-exposure pictures of a few seconds for each one. “I stacked them together and did some post-processing to combine them all into one very detailed image,” he says. 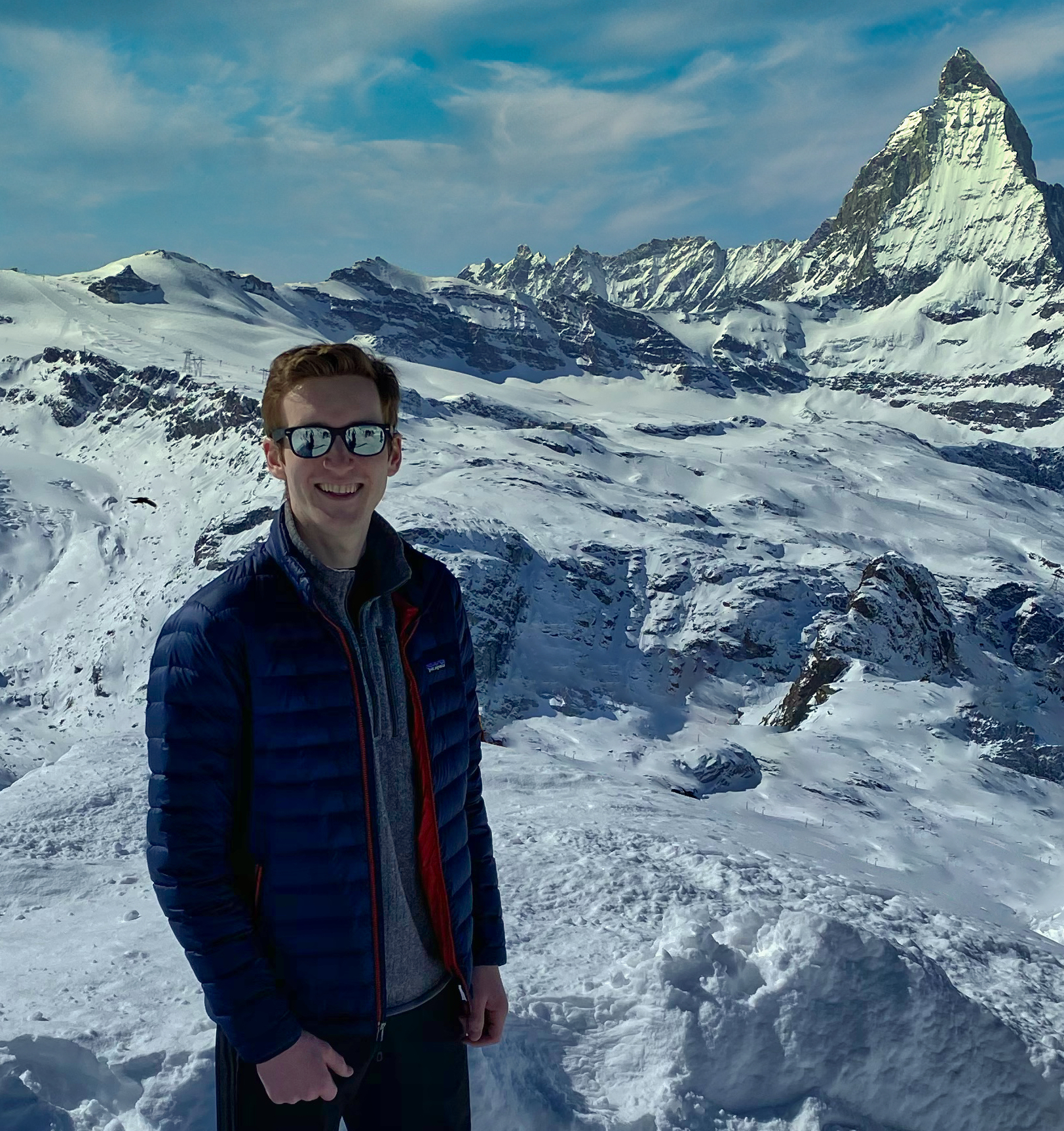 Connor DeMayo on an adventure in Zermatt, Switzerland.

His interests span the spectrum from science to the humanities.

“I’ve always been interested in filmmaking and photography since I was a little, and I’ve also always been interested in science and also history, specifically Rome and the classical period. That’s part of the reason why I chose to go to Wake Forest, because it seemed like a place where I could pursue all of that, and I think I managed to do that.”

When he’s not taking photographs, he’s busy studying for the Medical College Admission Test (MCAT) and looking for a job in biotechnology and research. He has a pretty strong head start.

“My science courses at Wake helped prepare me for my summers of research (at Albert Einstein College of Medicine in New York City), and an abstract of my research (on smooth muscle cell mitochondria) was recently published in the Journal Atherosclerosis,” deMayo says.

You can see more of Connor deMayo’s filmmaking and videos at his website. 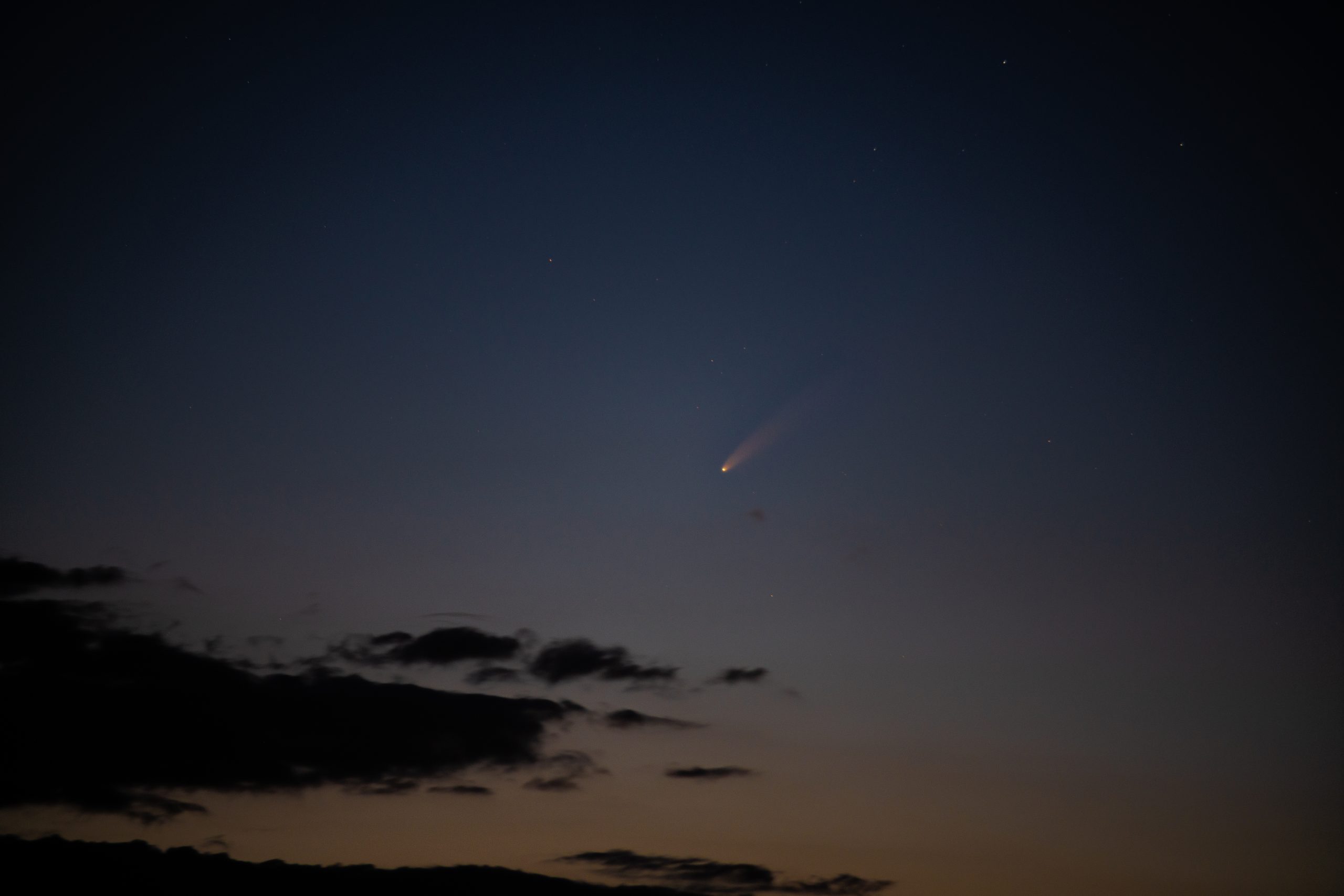 Comet Neowise in the darkening sky.