Journalist-turned-pastor and author Deb Richardson-Moore (’76) has a good memory. But the protagonist in Richardson-Moore’s new novel, “Murder, Forgotten,” fears that she’s losing her memory — and may have murdered her husband.

Richardson-Moore, who lives with her very much alive husband, Vince Moore, in Taylors, South Carolina, retired this summer after 15 years as pastor of Triune Mercy Center, a nondenominational church in nearby Greenville. She was an award-winning journalist at The Greenville News for 27 years when she answered a call to ministry and later began writing novels.

“Murder, Forgotten” is her fifth book, written during “stolen moments” from her job leading Triune. She wrote her first book, a 2012 memoir, “The Weight of Mercy,” about her trials and tribulations to transform Triune, a former United Methodist Church, into a mission church to minister to the homeless.

Her work has been recognized by United Housing Connections of Greenville (UHC). She received the first Humanitarian Award from UHC in 2020 for her work to find housing solutions for the city’s homeless. UHC is also naming a new community center, that will provide services for the homeless, in her honor. 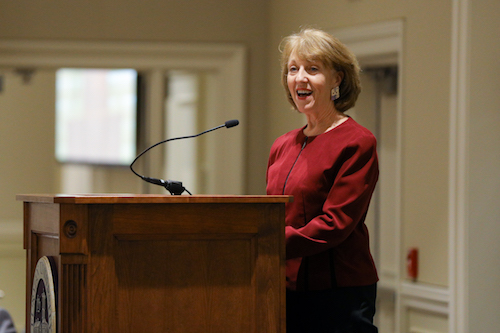 Richardson-Moore turned to fiction as a new, perhaps unexpected, way to draw attention to homelessness by incorporating those experiencing homelessness into her books. For “Murder, Forgotten,” she couldn’t help but give some love to Wake Forest. The main character, Julianna Burke, like her creator, is a mystery writer and Wake Forest graduate, prone to “wanderings” from reality into the fictional worlds she writes about.

“She goes into this state of visions when the plot (of her novel) becomes very clear to her,” Richardson-Moore said by Zoom from her home. “When she wakes up, she has no idea (what’s happened). That’s why she’s scared when her husband is killed. She has blank spots in her memory, and she’s afraid — I don’t want to give away too much — that she entered her own fiction and acted it out and killed him.”

Julianna tests her failing memory by trying to remember the names of her best friends in college: “Who were the girls? Martha, she recalled. Nancy. Stefanie with an ‘f.’ Jackie. Karen.”

And Julianna recalls a favorite memory from her college days, courtesy of Richardson-Moore’s memory, from her three years living in Babcock dormitory: cutting class on the first day of spring to lie in the sun on the roof outside her room and make frozen drinks. The book is set in South Carolina, where Richardson-Moore has lived most of her life, and on the coast of Scotland, where she and her golfer-husband once vacationed.

Richardson-Moore, 66, has wanted to be a writer since she was young and was editor of the Old Gold & Black her senior year at Wake Forest. After graduating with a degree in political science, she returned to her hometown and became a reporter at The Greenville News. She felt a call to ministry after she started taking classes at Erskine Theological Seminary to prepare to cover the paper’s religion beat. She left the newspaper and received her master’s degree in divinity from Erskine in 2005.

She joined Triune that same year and set about creating an inclusive, welcoming worship community for Greenville’s homeless population. “I wanted the people who sleep under bridges to sit in worship next to the engineers who designed the bridges,” she said in a video for the Greenville Inspired website. “I think that’s how we’re going to solve homelessness … because it affects my friend, the person at the end of this pew.”

Triune limits what she calls “relief work” to four hot meals a week and a food pantry. Instead, Triune describes its mission as to “empower rather than enable” by providing “transformational support for those needing drug rehabilitation, employment, mental-health counseling, medical treatment, legal aid and housing.” In her years as pastor, Richardson-Moore hired a rehabilitation specialist, mental-health counselors and social workers.

Her memoir about her early years at Triune, “The Weight of Mercy,” caught the attention of Wake Forest School of Divinity Dean Jonathan Walton (D.D. ’15) when he was teaching at Harvard University. Walton had his divinity students read the book and invited Richardson-Moore to speak at Harvard. Walton spoke at Triune last year, shortly before he was named dean of the Wake Forest divinity school.

When Richardson-Moore’s publisher, United Kingdom-based Lion Hudson, asked her to write a follow-up to “The Weight of Mercy,” she pitched a different idea. “I’ve wanted to write murder mysteries since I was 12,” she said. “I read every Nancy Drew and Hardy Boys (books) ever written, then moved on to Agatha Christie.”

That led to the three-book Branigan Powers series that drew on her experience as a pastor working with the homeless. “I tried to write entertaining mysteries that also taught something about homelessness and the idea there is no one reason that people are homeless,” she said. 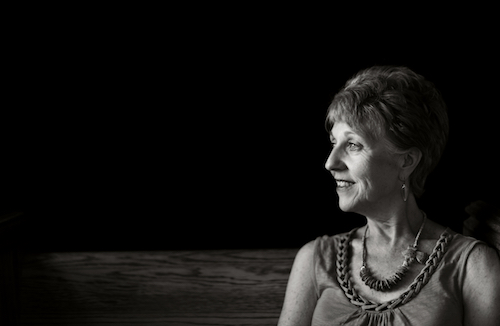 Richardson-Moore was named one of Greenville’s 50 Most Influential People by Greenville Business Magazine in 2013. She was also one of 20 alumni featured in Wake Forest Magazine’s Pro Humanitate issue the same year. She received the Leadership Greenville Distinguished Alumni Award in 2017.

Greenville Mayor Knox White (’76), a classmate of Richardson-Moore’s, keeps copies of “The Weight of Mercy” in his office to hand out to visitors. He praises Richardson-Moore for transforming Triune into “a model for how to serve the homeless and create a true mixed-income congregation. More than that, she became extraordinarily effective in partnering with other churches and social agencies to build a strong social safety net here. With her ebullient personality and absolute integrity, Deb has a gift for bringing people together.”

Richardson-Moore had made the decision to retire long before COVID-19 shut down Triune worship services from mid-March through June. “Those were some of the hardest months of my life,” she said. “There was a sense that I hated to desert the ship, but it had taken all of the joy out of the church.

“We had done so much for 15 years. It undercut everything we did. Where we laid our claim was drawing people into community. We’re not a relief agency. We had moved away from that and brought people into community and had everybody in worship together: rich and poor, black and white, mentally healthy and mentally ill and mentally disabled. And it blew all that out of the water. It was a sad, sad year.”

But in her last sermon at Triune, in late July, she was able to look back with satisfaction at what she had accomplished, including seeing some 1,500 people through addiction counseling. She plans to remain active in the community and is already working on another murder mystery.

The (Charleston) Post and Courier newspaper published a feature story on Richardson-Moore in its Greenville edition in August and included her final words from the pulpit:

″‘Ye shall love your neighbor as yourself.’ It always goes back to that,” she said. “Of course, at Triune this is where we hang our hat. Meeting bodily needs and welcoming into the assembly the poor, the ones with dirty clothes, the addicted, the homeless, the mentally ill, the mentally and physically disabled, the formerly incarcerated, the marginalized. These are the people we want in this place. Why? Because Jesus told us to want them in this place.”

To read an excerpt from “Murder, Forgotten,” visit LoveReading. The site is free, but you must register. 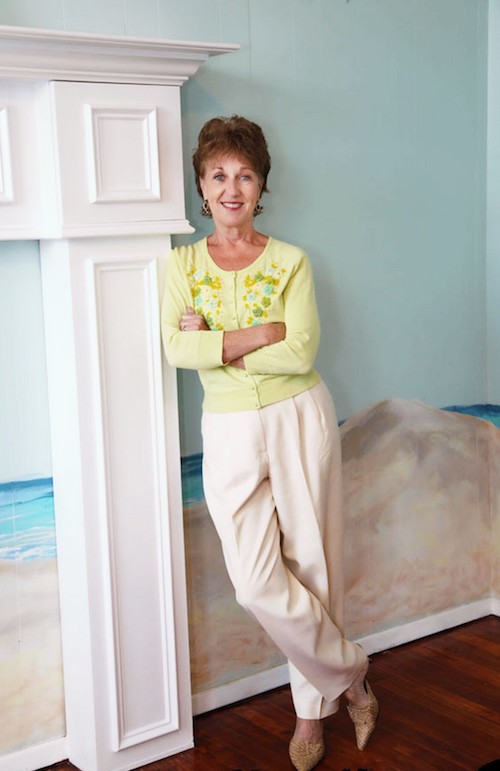